Accessibility links
Adoptive Dad Dreamed A Dream That Brought Him A Son John Curtis never thought he would be able to be a dad. But in 1998 he held his son against his chest. It was "like we fit," he says. 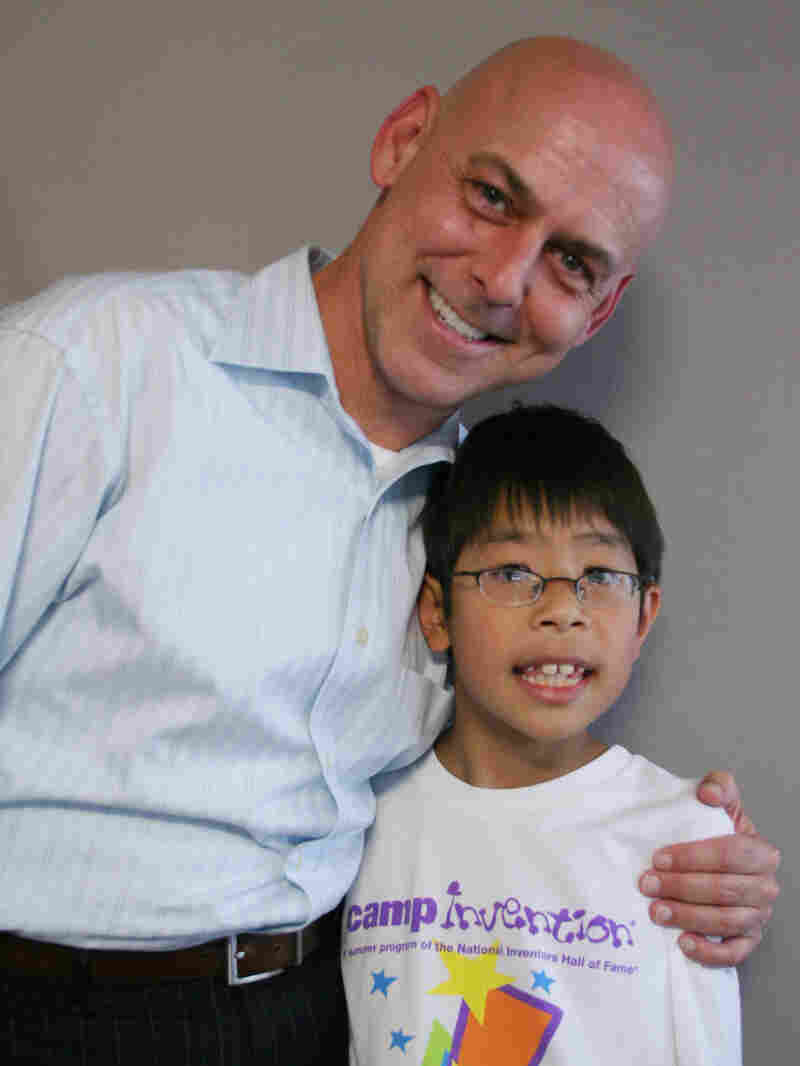 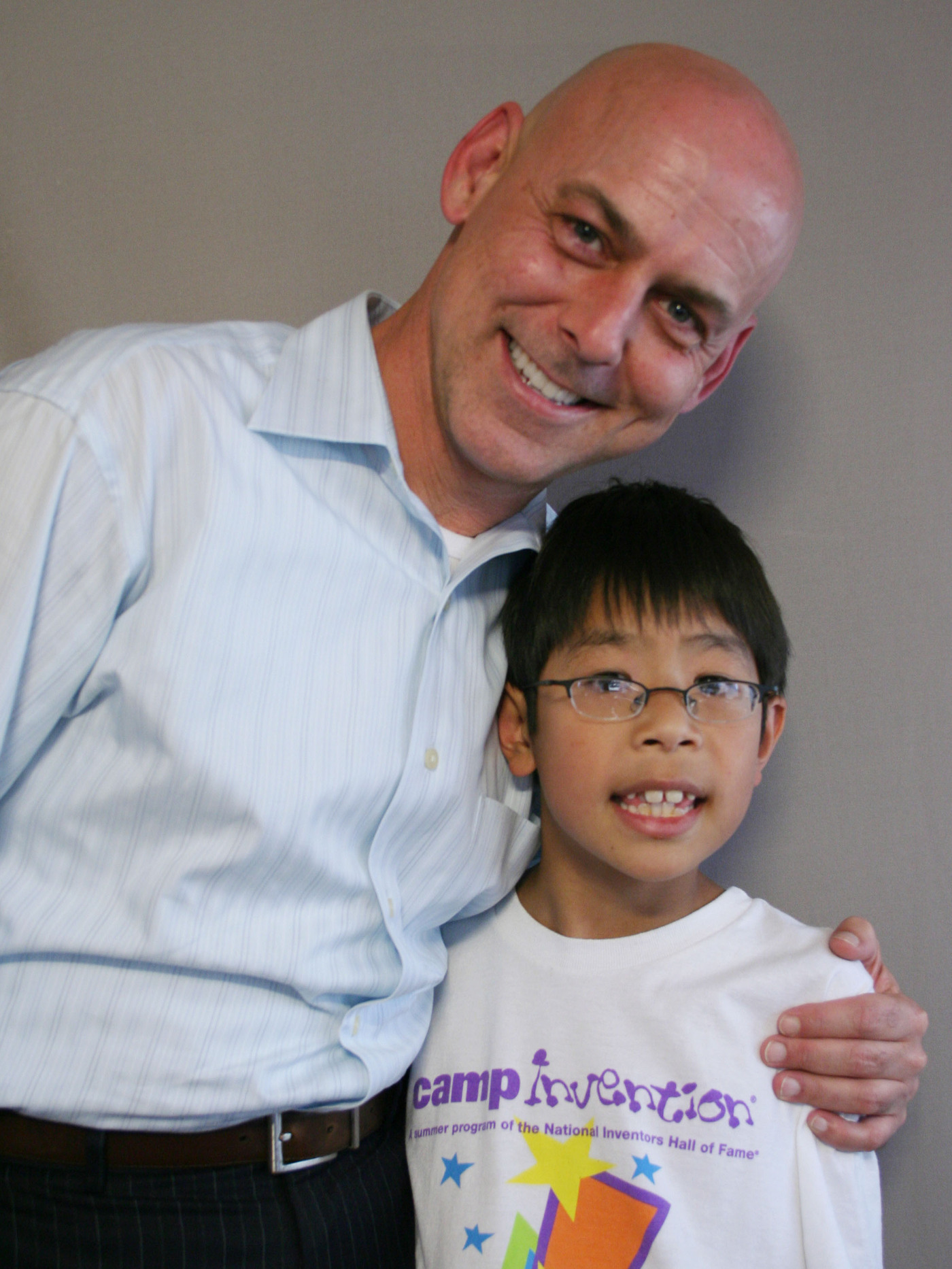 In 1998, John Curtis and David Wikiera adopted a son from Vietnam and named him John Wikiera. 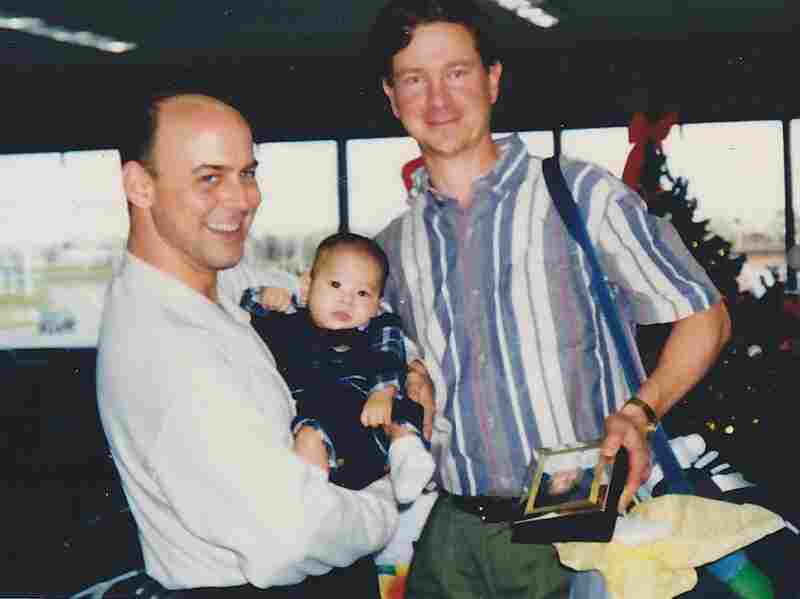 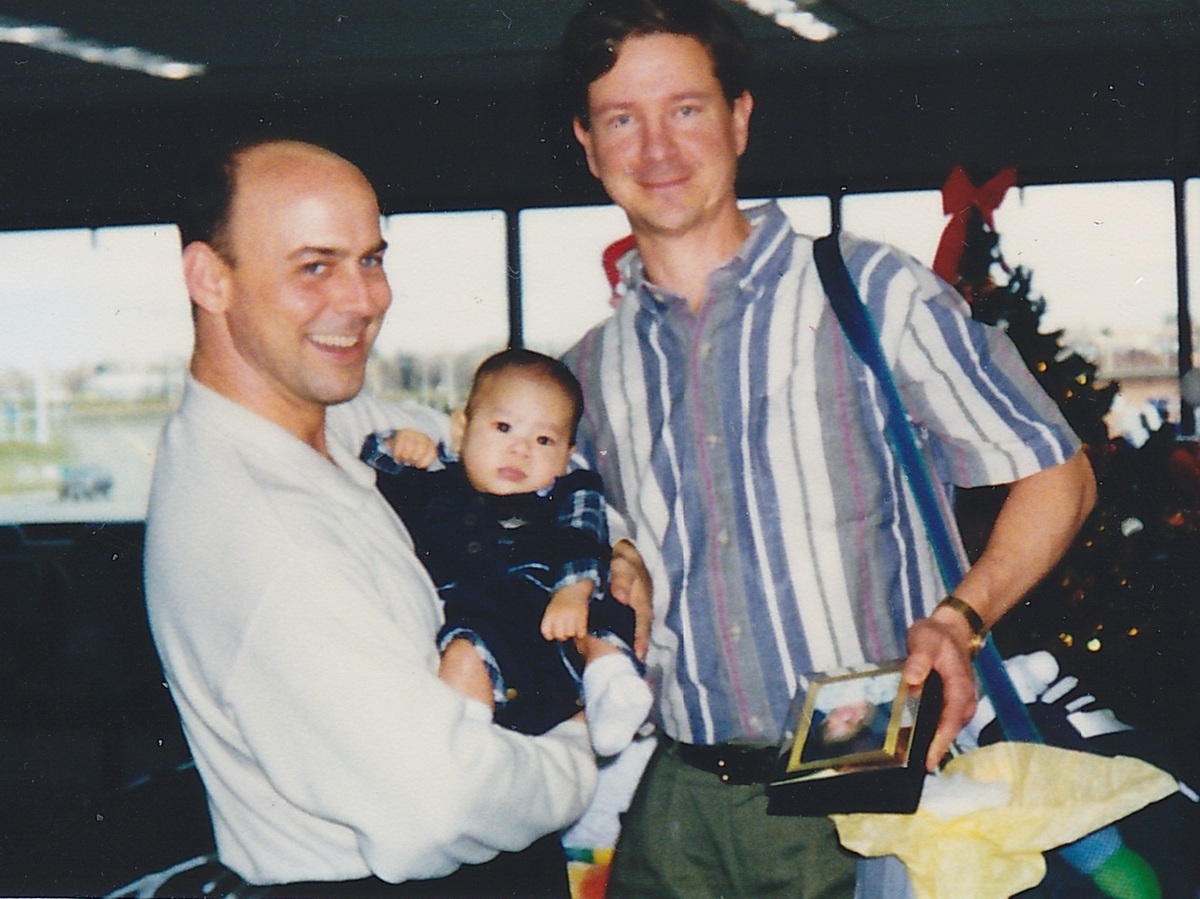 Curtis and David Wikiera arrive home from Vietnam with John in 1998.

"I had always wanted to be a parent," Curtis tells his now 11-year-old son during a visit to StoryCorps in Rochester, N.Y. "So it was a dream I had, but I never dreamed would come true because Papa and I are gay. But we had some friends who started thinking about adoption and that got us thinking.

"So, we started into the process," he continues. "And one day, a FedEx truck came down the driveway. And they ... had a little picture of you, and I knew that I was going to get to be your dad. And it was wonderful."

John — who wants to be an astronaut and go to Mars or maybe a video-game tester — asks how parenting changed his dad.

"Oh, it changes everything," Curtis says. When asked whether he thinks about having a family of his own one day, the pre-teen says "sometimes."

"And like when I have kids, you will get to meet them," John tells his dad.

"That's my dream, too. I love you very much," Curtis says. "We were always meant to be together."

Curtis married his partner in 2011 in Rochester after 22 years together. Both their sons — John and Joseph, who was adopted from Guatemala — participated in the ceremony.