Accessibility links
The Thatcher Era's Effect On British Music Journalist Stuart Maconie says Margaret Thatcher and her reforms inspired a wealth of music in the U.K. — the tone of which could be glowing or grim, depending on what part of the country the musicians were from. 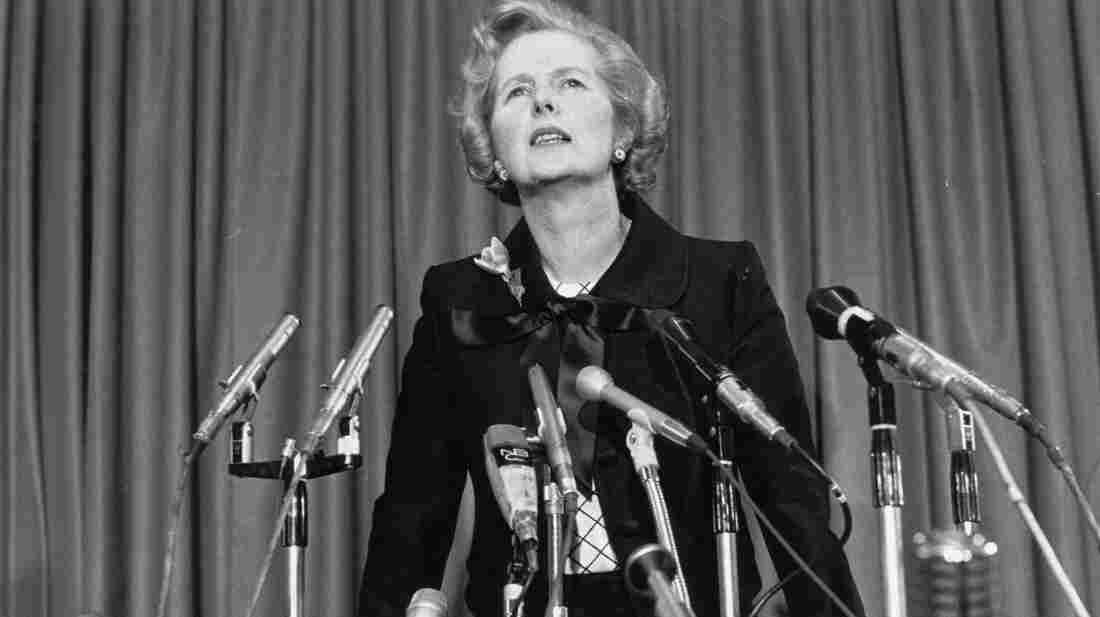 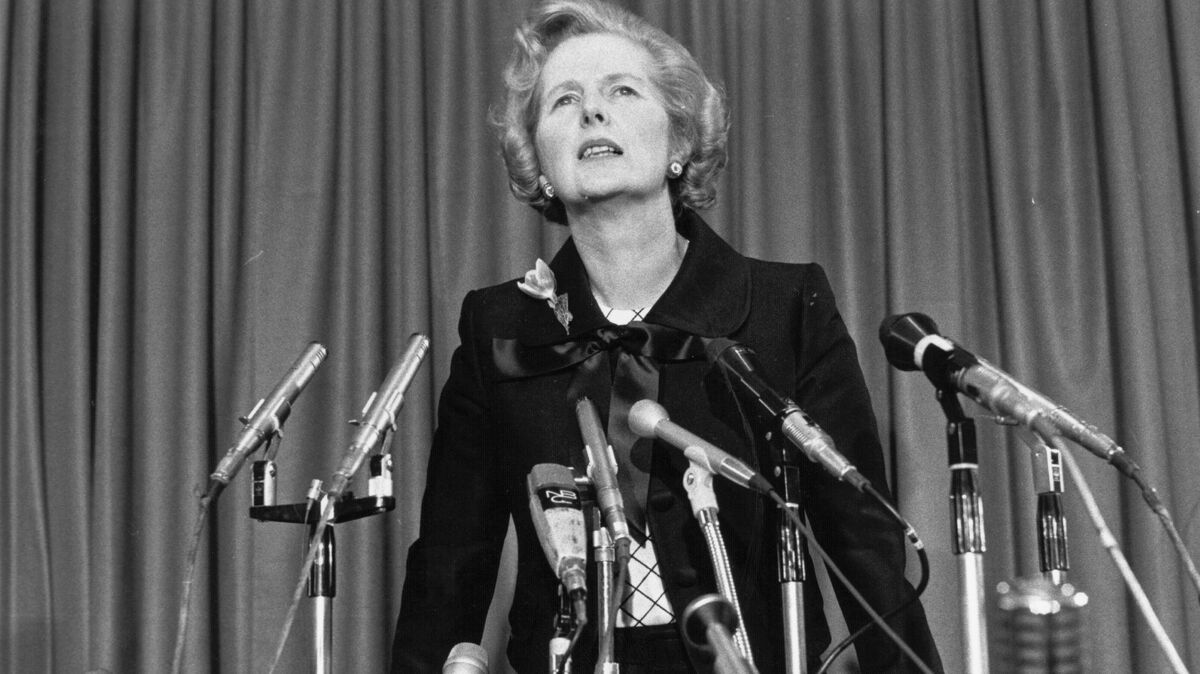 Margaret Thatcher at a press conference in 1975.

Margaret Thatcher, who died this week, has gone down in history as one of the most transformational British leaders of the 20th century. Her decade in power, in the 1980s, reshaped Britain's economy and society, with her free-market Thatcherite policies. It also produced a remarkable output of music about Thatcher and her reforms.

What was it about Thatcher that inspired so many British musicians? To find out, Morning Edition spoke with British author, journalist and music critic Stuart Maconie, who says the different areas of Britain responded differently to the Thatcher era.

"In London and the South, which was more affluent and more her natural constituency, it had the effect of producing a kind of apolitical response," Maconie says. "You got the New Romantics, and you got a kind of bright and shiny, aspirational pop — a padded-shouldered version of pop — that was about nightclubs, about dressing up, about going out."

Maconie says the song "Gold," by the London new wave group Spandau Ballet, became "a shorthand for the aspirational end of Thatcherism in those years" — much to the dismay of the man who wrote the song, guitarist Gary Kemp.

"He actually joined what was called Red Wedge, which was an organization of pop musicians in Britain trying to get the Labour Party re-elected," Maconie explains. "I know that it angers Gary Kemp to this day ... that he's seen — because of the way that music sounds, because it sounds so kind of well-upholstered and shiny-suited — that he's seen as being an arch-Thatcherite when in fact he was a Labour supporter."

In the North of England and in Scotland, Maconie says, the response to Thatcher was more defiant. The English Beat's "Stand Down Margaret" took a confrontational tack, urging Thatcher to resign. Morrissey made things personal, closing his 1988 solo debut Viva Hate with a track called "Margaret on the Guillotine."

"It wasn't just a political response; it was a kind of gut emotional response," Maconie says. "In the north of England, the effects of Thatcherism were quite visible: Factories closed down, mills closed down, mines closed down, and people were put out of work. And of course, you've got to argue, she was an easy person to become a figurehead. She even looked like she should be on the prow of a ship."