Accessibility links
A Pianist's Ultimate Sacrifice: Giving It All To Go To War At 17, Daniel Hodd was starting a promising career as a concert pianist, but he decided to become a Marine instead. Before his second deployment, he broke a finger and was given a choice: Treat it and stay, or cut it off and deploy. 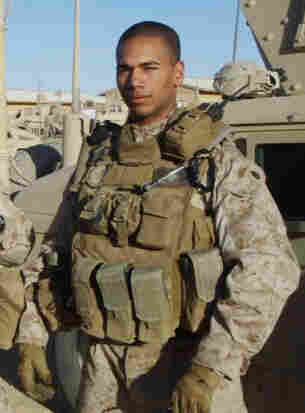 In 2001, Daniel Hodd was 17 and starting a promising career as a concert pianist. But he also wanted to become a U.S. Marine.

"At 3 years of age, you walked over to the piano, and you just started playing," Evelyn Hodd tells her son.

He played until he was 17 and performed in the Metropolitan Opera Theater. Juilliard offered him a scholarship. But Daniel decided to go to the military instead. He enlisted in 2002 and deployed to Iraq in 2003.

"That was devastating for me. And then, you had an accident," his mother says.

During training for his second deployment to Iraq in 2008, Daniel snapped three of his fingers in a vehicle door. He was told a broken finger would keep him from deploying.

"To hear that you can't deploy because of less that 1 inch piece of your body, just seemed absurd to me," he says. "And I had a couple dozen junior Marines who expected certain things of me. And I promised them I would get out there as soon as I could."

The specialist gave him two options, Daniel says: "You can either try some treatment plan, and you definitely won't deploy, or you just cut it off and you get on a plane." 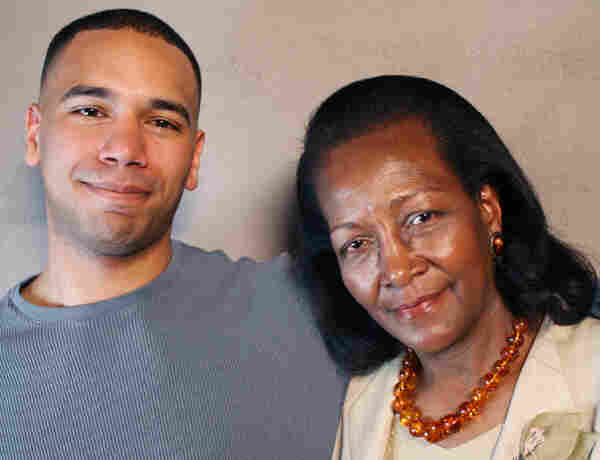 "And I was like, 'Cut it off,' because ... I made a promise. I had to deploy," he says. "In some ways, that decision was difficult; in other ways it was one of the easiest decisions I've ever made."

Daniel says he would be a very different person if he had stuck with music school.

"But that's not a decision that I regret," he tells his mother. "I know that that hurt you, and I'm sorry."

But Evelyn Hodd says she's proud of Daniel, who's now a staff sergeant.

"The fact that you have given all to your country over what I wanted for you or even what you would've pursued — it says a lot for who you are," she says.