Accessibility links
Jurassic Bark: How Sound Design Changed Our Imaginations When Gary Rydstrom recorded and mixed together a set of noises for the dinosaurs of Jurassic Park, he never guessed he'd inform our ideas about them for decades to come. 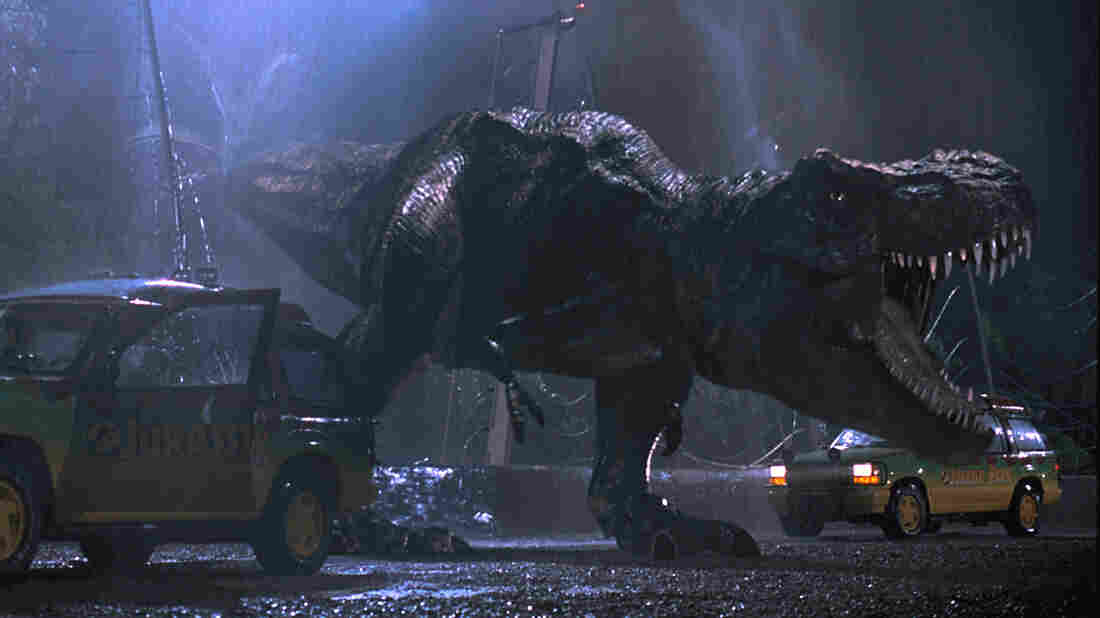 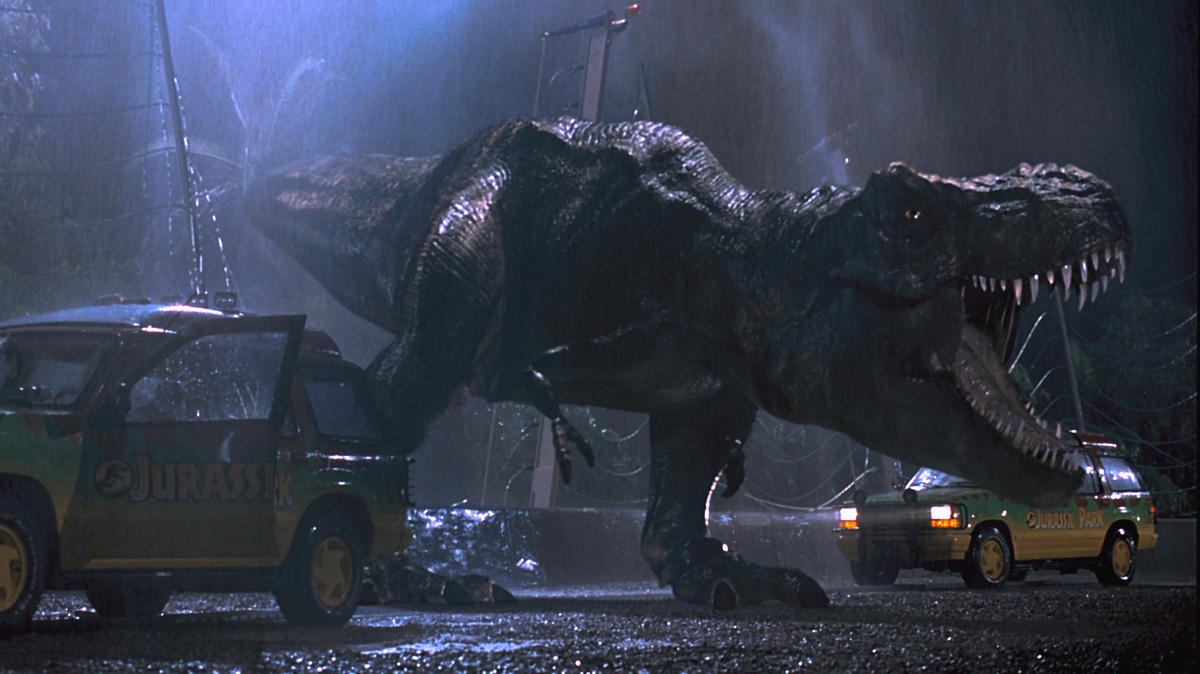 A single trumpet from a baby elephant at the San Francisco Zoo was used for every single T. Rex roar in Jurassic Park.

Nobody actually knows what dinosaurs sound like. But if you can imagine the roar of a T. Rex or the bellow of a brachiosaurus, it's probably thanks to the 1993 blockbuster Jurassic Park, which turns 20 this summer.

Sound designer Gary Rydstrom won two Academy Awards for his work on the movie. His resume is both long and impressive; Titanic, Saving Private Ryan, Finding Nemo, and Lincoln are just a handful of titles on his list. But, as he told Weekends on All Things Considered guest host Jacki Lyden, Jurassic Park is the best job he's ever had.

"It scared me when I first saw [the offer] because there's so many different dinosaurs, and it was Steven Spielberg, and people would see it. It freaked me out," he says. "But there was no bigger candy store for sound design than Jurassic Park."

Rydstrom talks with Lyden about how he created some of sounds that star in the film.

The brachiosaurus is the first dinosaur viewers see — and hear — on the scientists' first tour through the park. The longnecks' bellows are a mix of elephants, cows and donkeys, he says, though the singing-like clip above is made only from donkeys. "That was my favorite part of it, because a donkey [can make a noise that] almost sounds like an animal yodeling, so it has this multiple pitch. So you slow that way down, and it sounds like song."

You hear a lot of T. Rex in Jurassic Park. The dinosaur was a mix of sounds. It starts with something low-frequency, like a tiger. "But the key element is the high-frequency scream element, which is a baby elephant that we recorded," Rydstrom says.

When he taped that sound, he knew he'd heard something good. "We kept trying to get it to do it again, and the handlers were saying, 'We've never heard it do that before, that's a weird sound.' " The elephant refused, so Rydstrom used the same tape for each T. Rex roar.

The velociraptors are the most vocal dinosaurs in the movie. They needed to make many different sounds, so Rydstrom used a wide range of animals — African cranes, tortoises, horses — plus a friend of his, who ended up being the only human used to make dinosaur noises in the movie. Rydstrom says the friend happened to be in the studio one day. "And I said, 'You make any weird sounds?' " he tells Lyden. The friend made a strange sound with his throat, and he used it.