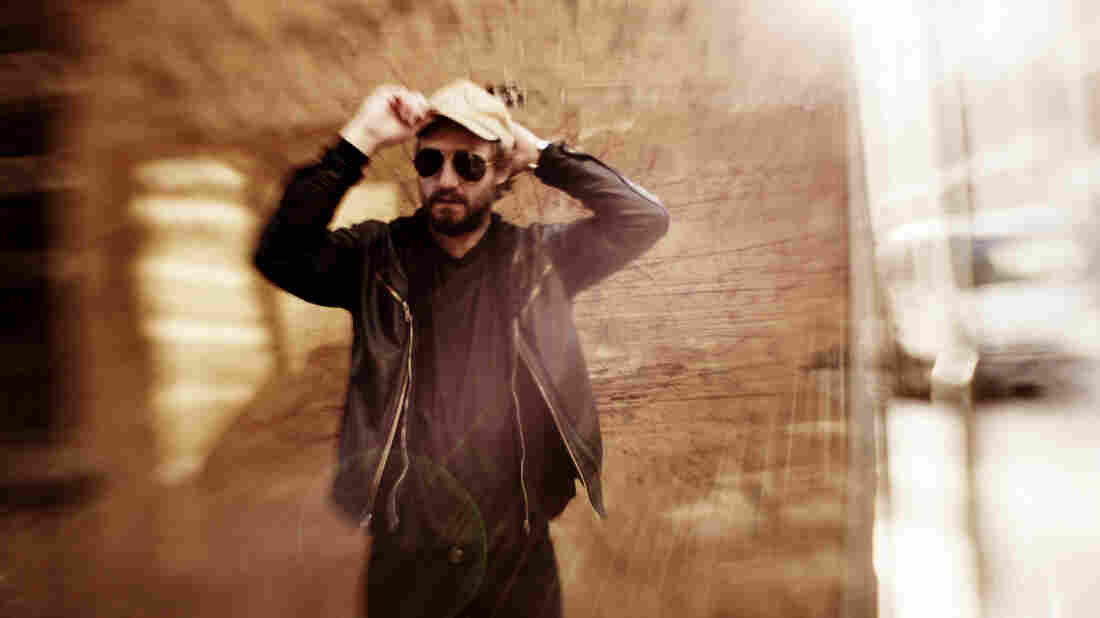 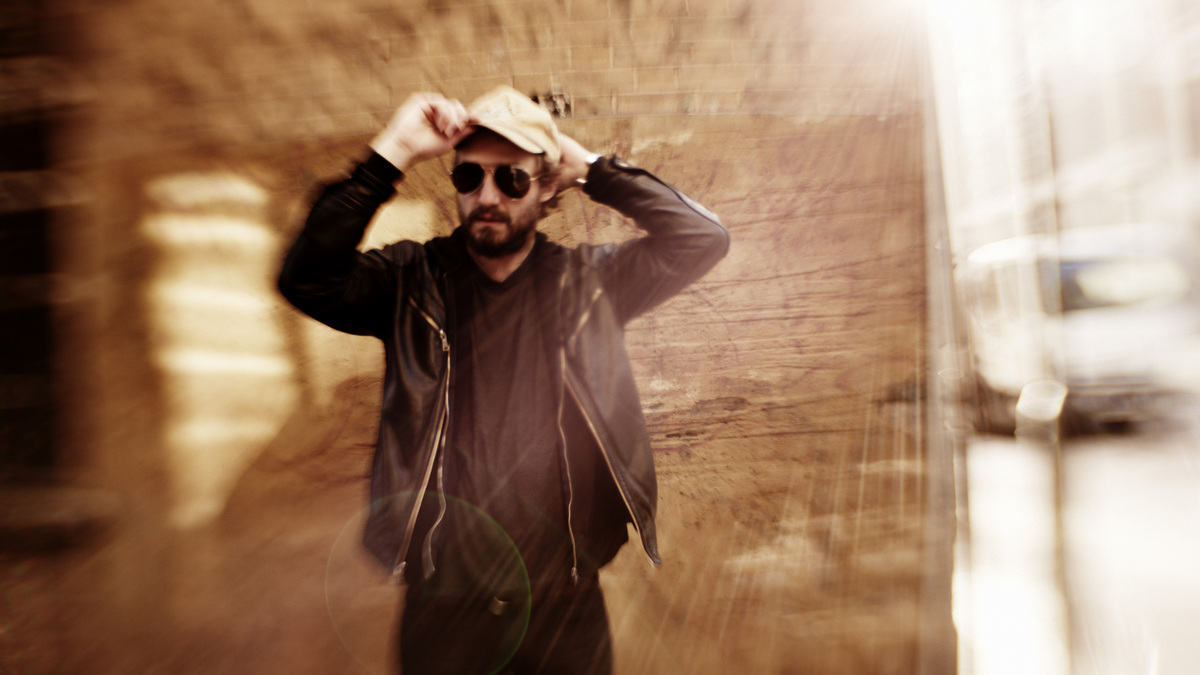 Each month, we ask public radio DJs from across the country to share their favorite new songs. Usually, we stick to a handful, but since April is Public Radio Music Month, we're celebrating with a 10-spot. 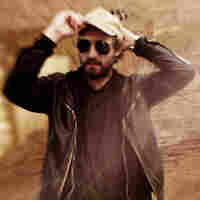 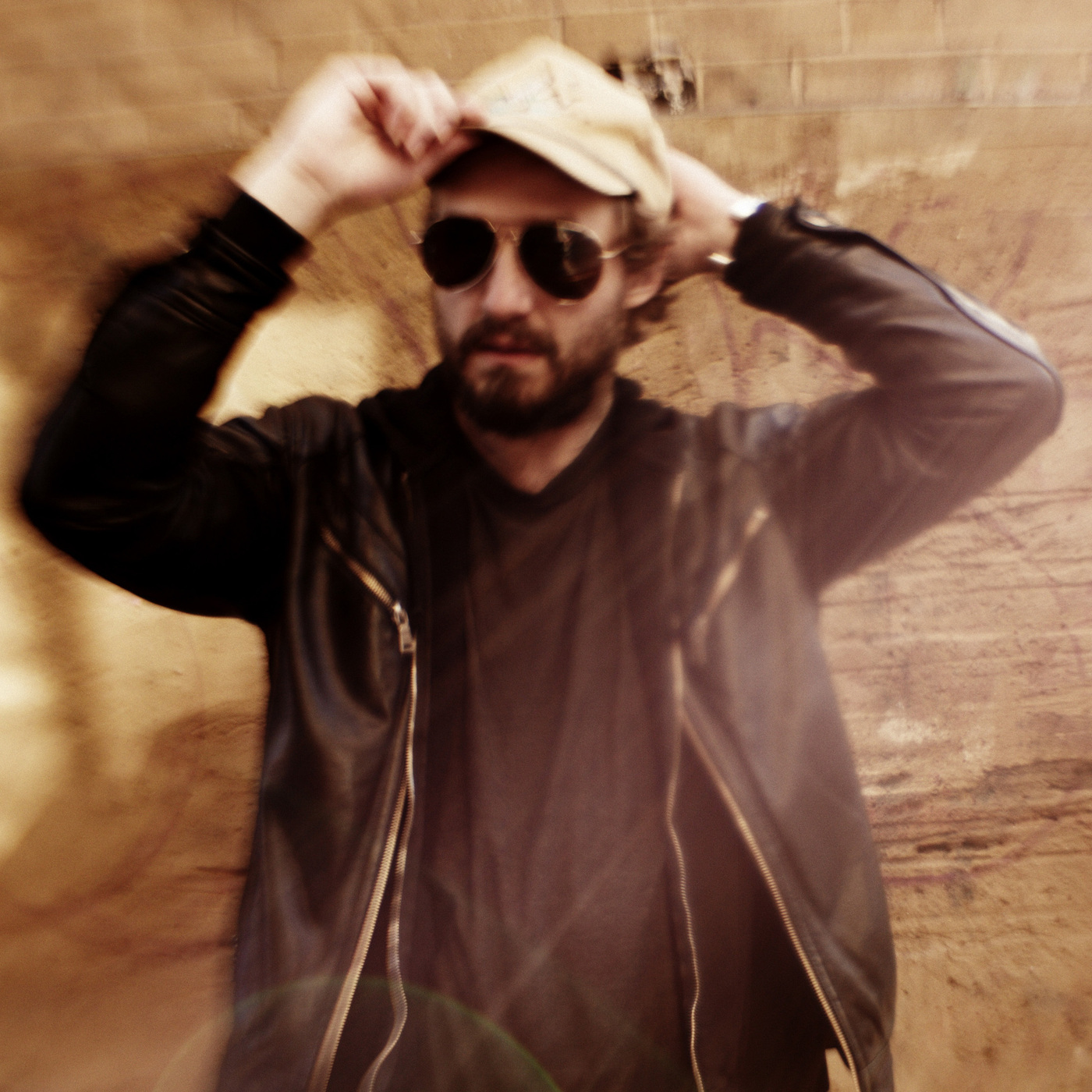 Ride On / Right On

Some songs just sound great on the radio: You turn it up loud and roll down the windows, and by the time it's over, your mood is changed and your day's turned around. "Ride On/Right On," from Phosphorescent's new Muchacho, is one of those songs. Currently in heavy rotation on WFUV, it busts out of the gate with a fuzzy guitar intro, before Matthew Houck's echo-drenched vocal demands, "Take your greedy hands and lay them on me." There's muscle and swagger to this tune that sets it apart from the rest of the album. Houck says many of Muchacho's songs were written in a beach hut in Mexico, but this one sounds as if it was birthed in the back of a fast-moving pickup. --Rita Houston, WFUV program director

Download "Ride On/Right On" (Right-click and Save Link As) 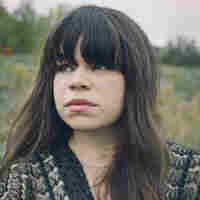 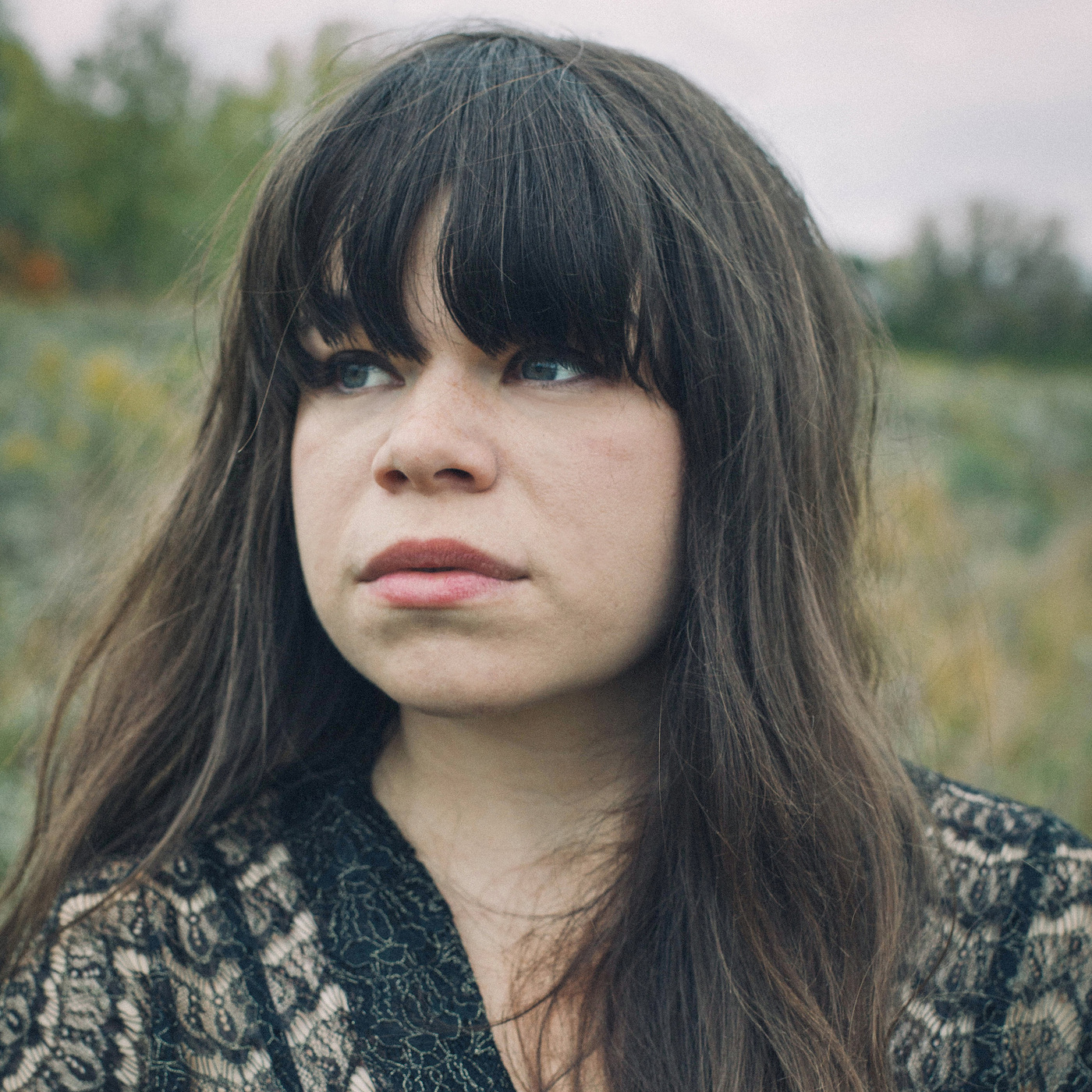 Todd Roeth/Courtesy of the artist

Somewhere All the Time

Samantha Crain, "Somewhere All The Time"

Samantha Crain fell into songwriting while at a fiction-writing conference during college, and realized that the musical language of her stories might as well have a guitar backing it up. So she gathered a band and hit the road to play some of the most poetic and heartbreaking songs of the slowly swelling roots-music revival. Now, three albums into her career, Crain decided to break form and veer into the intensely personal. Her new album, Kid Face, feels so honest and real at times, it's almost uncomfortable. "Somewhere All the Time" offers a brief respite, but even here, she thoughtfully considers the idea of home (in her case, Shawnee, Okla.) from the other end of a traveling show. Along the way, she wonders why everyone seems to want out and what they think is out there, just beyond their reach. --Kim Ruehl, FolkAlley.com

Download "Somewhere All the Time" (Right-click and Save Link As) 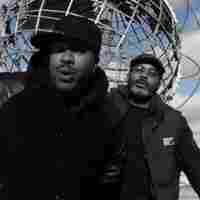 "Built Pyramids" is warm, welcoming and energetic. Alternating between N.O.R.E.'s upfront, New York-accented flow and Large Professor's linebacker of a voice in the chorus, it stays ebullient the whole way through. N.O.R.E. gleefully shoves the word "fabric" into a shape that rhymes with "immaculate," recalls his past lives and lists the NBA players who came from Queens; he's clear-eyed, letting the details pull the heartstrings. The beat relies on a hip-hop staple and a nimble, lighthearted melody, but most of all, the dynamic between Large Professor and N.O.R.E. is crucial; you can feel the mutual respect. —Ali Shaheed Muhammad and Frannie Kelley, hosts of NPR Music Radio's Microphone Check 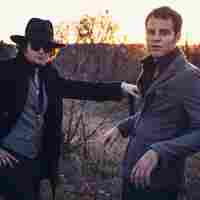 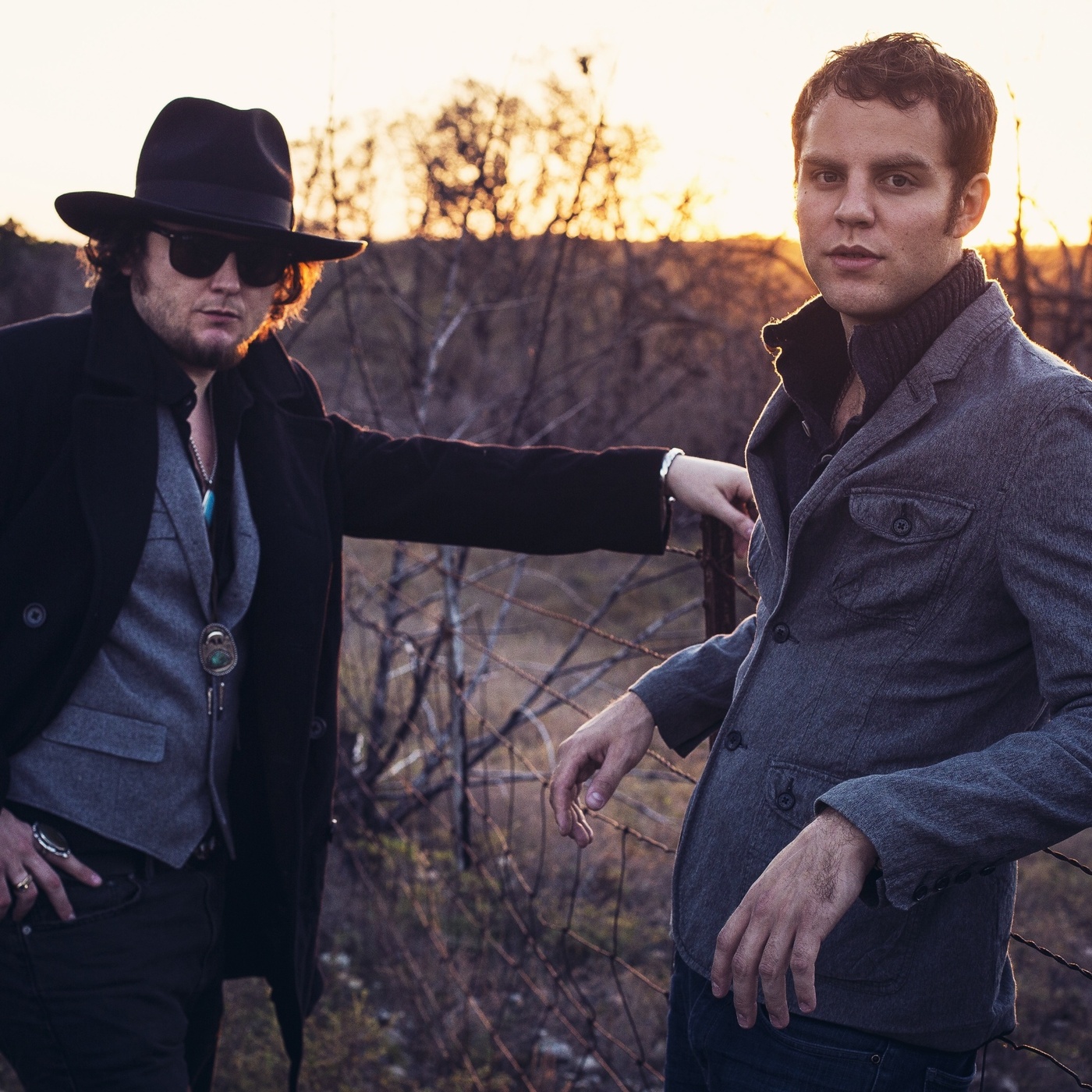 Rootsy, Mumford & Sons-esque folk-rock has become a staple on modern radio, but the Austin band Sons of Fathers seems to be rising on its own steam with a more authentically country sound, as well as a commitment to telling stories drawn from real life. Once musical rivals, bandleaders David Beck (the tall, lanky one) and Paul Cauthen (the more boisterous one) bonded at a late-night party over an impromptu version of the Everly Brothers' "Cathy's Clown." These days, the Everly comparisons come easy thanks to Beck and Cauthen's distinctive vocal interplay, which has been honed by a few years on the road. "Roots and Vine," the first single from Burning Days, showcases their impossible-to-define stew of country, folk, rock and gospel. --David Brown, host of KUTX's Texas Music Matters 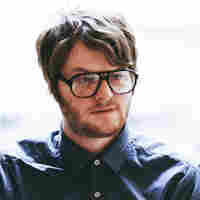 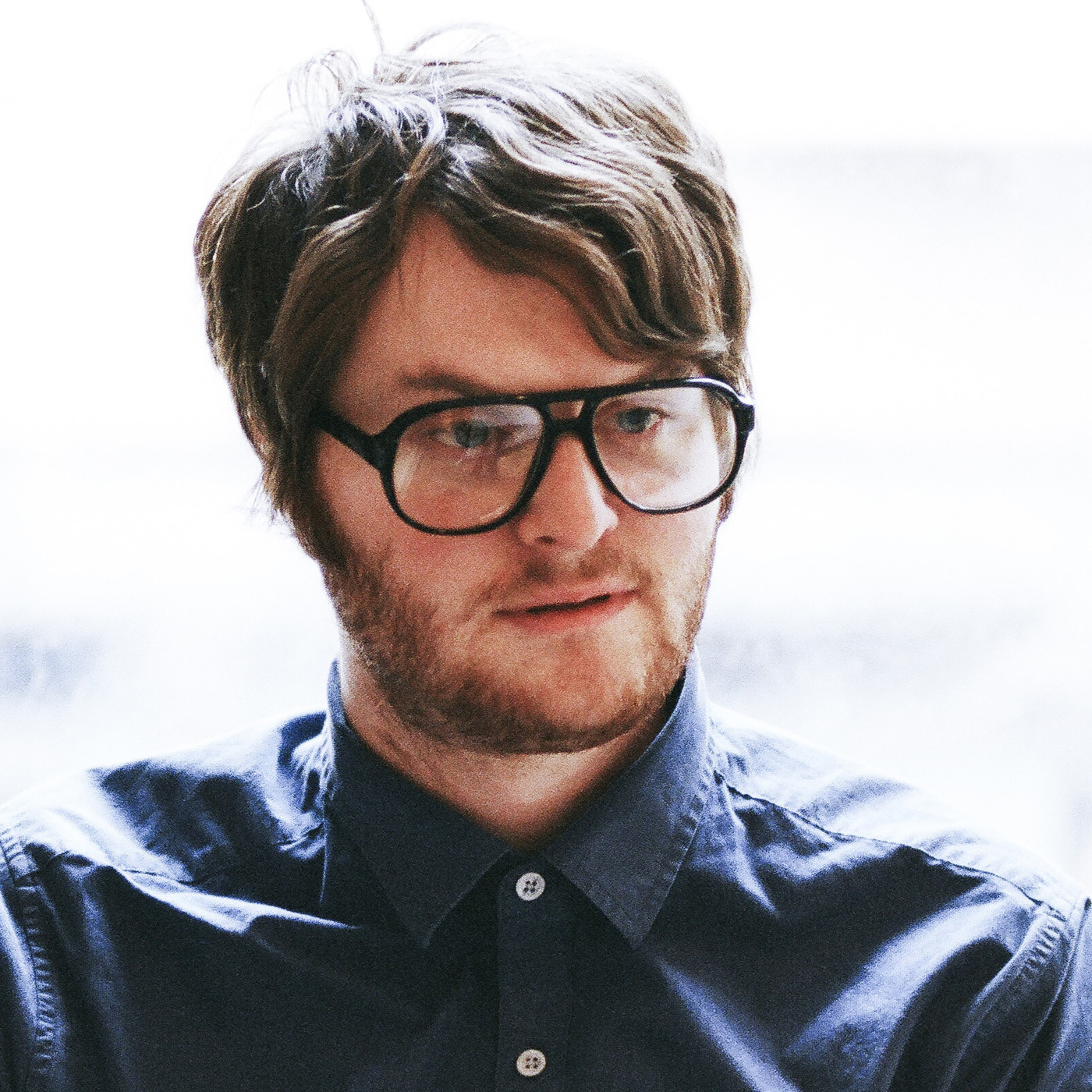 As a morning radio host, each day I try to set the stage for the listener's day. The goal is to move folks out of their slumber and into the light of day through music within a four-hour time frame. Songs that are able to accomplish this task within three minutes make my job a lot easier. Seattle's Michael Lerner, a.k.a. Telekinesis, has created one of these songs in "Ghosts and Creatures." It captures something in your heart, and sounds modern and classic at the same time. The song sounds like M83 crossed with Death Cab for Cutie, as Lerner yearns to "make up, we need another one!" --John Richards, host of KEXP's Morning Show

Download "Ghosts and Creatures" (Right-click and Save Link As) 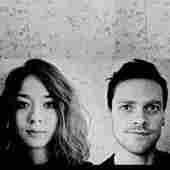 The Sea, The Sea hide caption

The Sea, The Sea, "Watertreader"

I first met Mira Stanley — half of The Sea, The Sea and co-writer of "Watertreader" — when she was about 8. Her father, Ron Sowell, is the leader of the Mountain Stage Band, so she was often backstage. I decided to let young Mira and a friend "audition" once, and they were very serious. I told them, "Don't call us — we'll call you," but 20 years later, I did. By that time, she had a new friend in Chuck E. Costa. The two aren't well-known at present, but they're about to release their first album, produced by Todd Sickafoose (of Ani DiFranco fame). Their harmonies remind me of The Milk Carton Kids and The Weepies, with feather-light production which includes the obscure glass harmonica. I love the central image of "Watertreader," as well as the song's ability to evoke the feeling of suspended animation we sometimes experience in our lives and loves. --Larry Groce, host of NPR's Mountain Stage 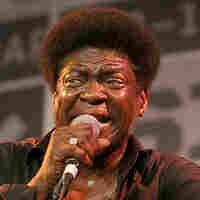 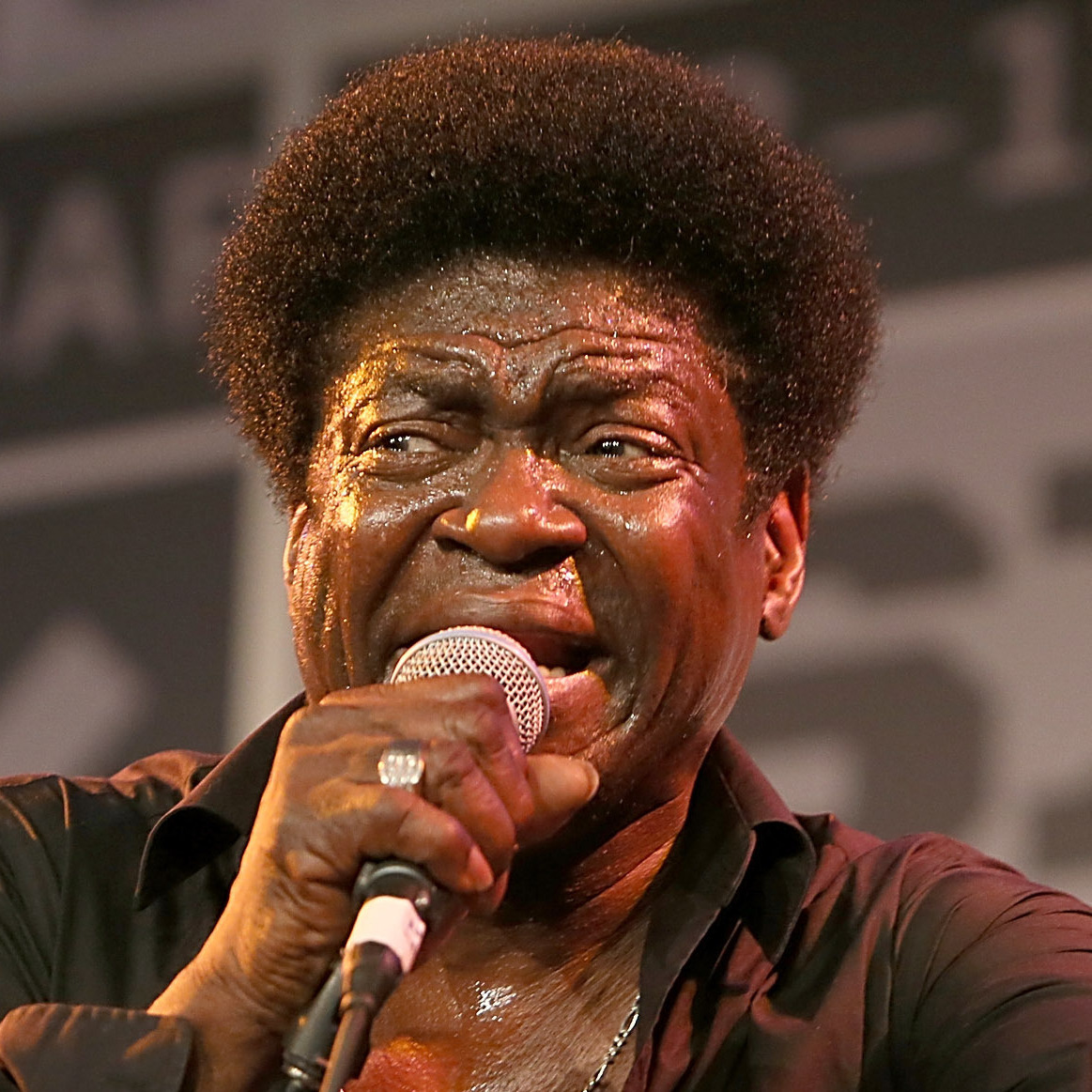 Strictly Reserved For You

Charles Bradley, "Strictly Reserved For You"

For many years, soul singer Charles Bradley performed as a James Brown impersonator known as "Black Velvet." Now 65 and no longer impersonating anyone, Bradley is at the top of his game. You can still feel the influence of the Godfather of Soul, but Bradley has come into his own unique, heartfelt voice. On his new album, Victim of Love, touches of psychedelic soul complement the pleading ballads and groove-laden jams. My favorite of the bunch is The Temptations-esque "Strictly Reserved for You." --Bruce Warren, WXPN program director

Download "Strictly Reserved for You" (Right-click and Save Link As) 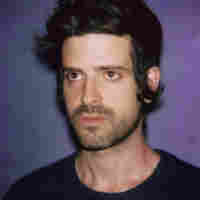 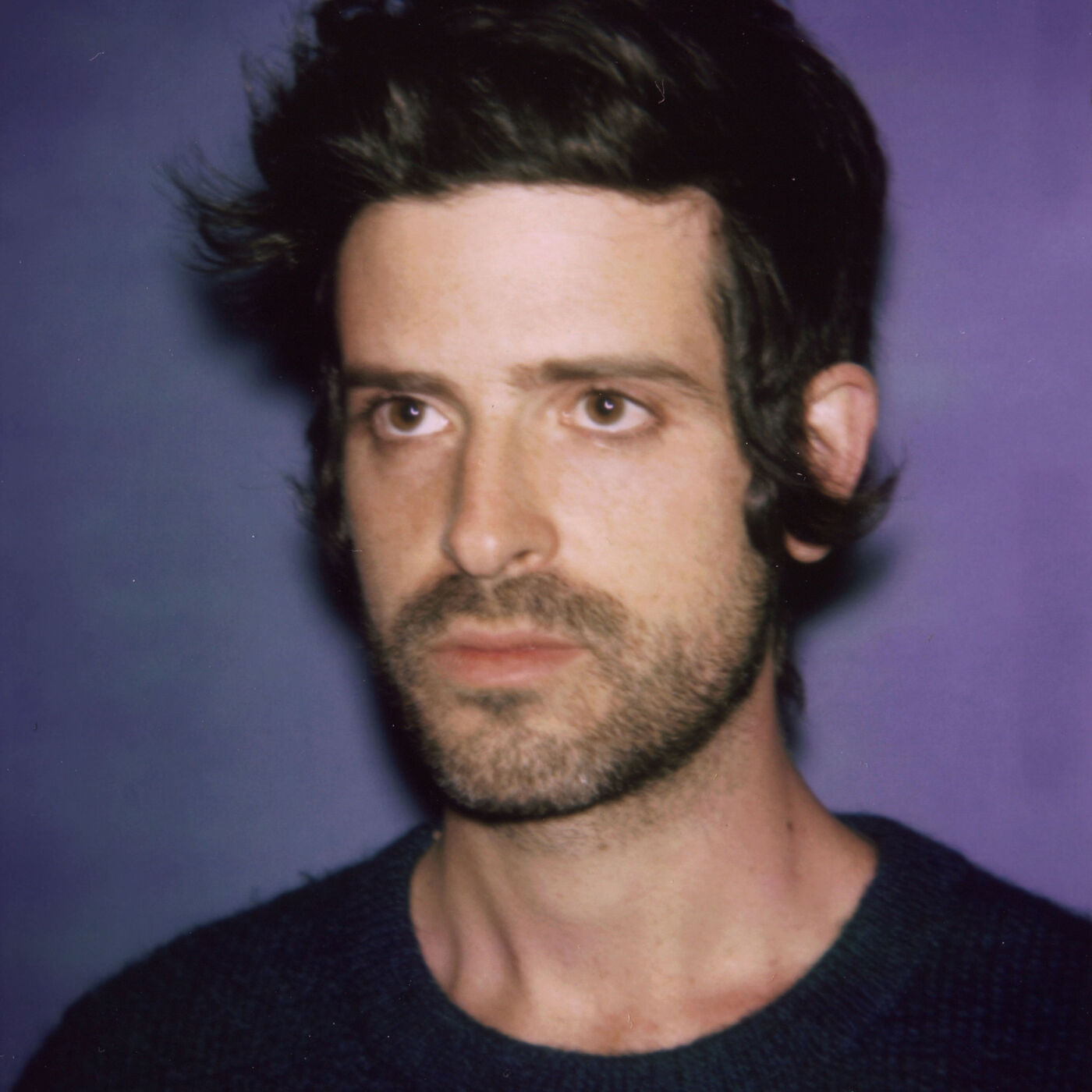 Ana Kras/Courtesy of the artist

Devendra Banhart often gets tagged as "freak folk," in part because his records are a little out there — plus, he has the long hair and the requisite beard, and he's barefoot a lot. On his new album Mala, he uses his voice to its fullest, complete with its weird, high, uncomfortable register and its deep, sexy tones. The Current's favorite cut, "Never Seen Such Good Things," finds him singing in his typical unselfconscious way, but also finds a smooth, palatable groove. --Mary Lucia, midday host on The Current 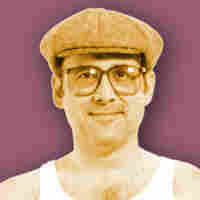 This song is from a long-overdue reissue of a Japan-only pressing, released more than 20 years ago by accordion virtuoso Guy Klucevsek and a team of Manhattan's top "Downtown" composer/performers. Klucevsek asked dozens of leading avant-garde composers, from John Zorn to Carl Finch of the "nuclear polka" band Brave Combo, to write pieces for him. One song by Fred Frith turned out to be a magical piece of musical comedy: "Disinformation Polka." Frith is best known for his improvised music and work in the early avant-rock band Henry Cow. But he also has a zany side to him, and "Disinformation Polka" is built on two things: a stuttering, vaguely-polka-like melody and the word "Hey!" But those two elements turn out to be plenty for this band. --John Schaefer, host of WNYC's Soundcheck 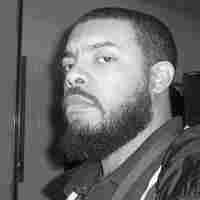 Sir Swiftus Funkellwerk is a Detroit-based producer, musician and funk auteur who's been a mainstay on the regional music scene as a solo artist and as a member/leader of funk groups such as Loose Change and Parashoot. Taking inspirational cues from classic progressive hip-hop acts such as A Tribe Called Quest, De La Soul and Black Star, "Brown Suga" is one of the best love-themed hip-hop songs I've heard. With clever, emotive and heartfelt lyrics delivered by rapper Kam, "Brown Suga" is an organic, rhythmic love letter to the concept of unconditional commitment, and suggests a positive approach to modern-day relationships. With sparse yet technically flawless guitar, bass and percussion arrangements, the production matches the depth and substance of the lyrical work, and puts the listener in the mindset of classic hip-hop songs such as "Electric Relaxation," "Brown Skinned Lady" and "I Used to Love H.E.R." — which is a good look all around. --Chris Campbell, host of WDET's The Progressive Underground