Accessibility links
Diverse List Of Future British Literary Stars In Latest 'Granta' Granta has published its once-a-decade list of the best young British novelists. It's a hefty volume that's showcased names like Salman Rushdie and David Mitchell in the past. This year's list is impressively diverse — though Granta editor John Freeman says that wasn't intentional. 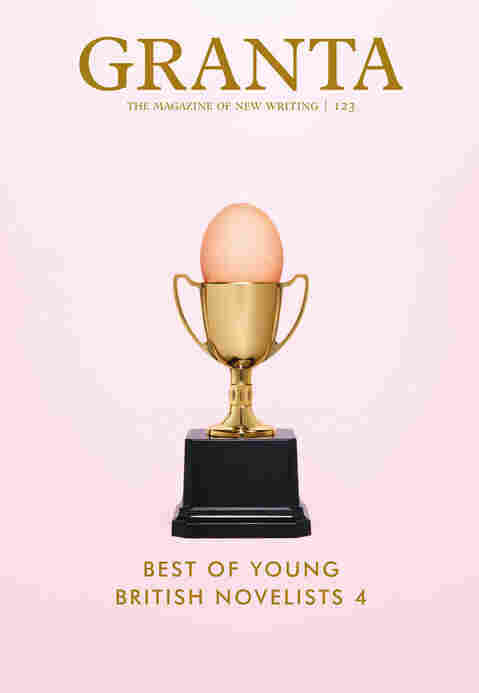 Literary magazine Granta has just released its latest Best of Young British Novelists issue. It's a hefty volume that comes out only once a decade, so making the cut is a major feat, putting its chosen in the company of modern literary legends like Salman Rushdie and David Mitchell.

One of the writers with a coveted spot on the list is Sarah Hall. Granta editor John Freeman tells NPR's David Greene that he's been reading Hall's ornate, spooky prose for years. "She's not yet 40 and she's published five books ... and as she's gone on, I think her language has deepened and richened so that she's not just a writer of landscape, she's a writer of atmosphere," he says. "Her recent short stories prove that she can do all of this quite remarkably in a very short form. She's one of the best short-story writers in England today."

Hall is at work on a new novel, called The Reservation, and it's about a woman who's working with a wolf pack on an Idaho reservation when she's wooed back to the U.K. by an earl who wants her help with a wolf-related project. "He's very involved with a self-sustaining wolf enclosure. She's also dealing with a couple of personal issues. I don't entirely know where things are going," Hall says — she describes herself as not being a writer who does a lot of upfront plot planning before beginning to write. "That's quite exciting, I mean, I can say something here and not necessarily hold myself to it. In fact, you know what, I'm going to change it to bears. Not even wolves!"

In her stories, Hall's language is gorgeous and precise. "You have to have a respect for the language and an understanding of its musicality and its structures, its rhythms," Hall says, "because it's not just about calling a table a table, you know. Just describing the entrails of an animal as plush and red — well, plush is a good word. It's kind of a beautiful image on the one hand, but it's hopefully an image that's successful. It's not just visually accurate, but it's something that will stir the reader, make them feel slightly squeamish."

The new Granta list showcases an impressive diversity of voices — but John Freeman says that wasn't intentional on the part of the editors. "It's a surprise. We've never had a moment's conversation about ethnicity or diversity," he says. "The big thing is, I think, about the novel as a form — it benefits from the sound of other languages. It's what's made the American novel so robust, and actually, if you look at this British list, it suggests that that will not particularly be just an American quality to the novel."

Read a story by Sarah Hall