Accessibility links
Interview: Kathryn Joyce, Author Of 'The Child Catchers' In The Child Catchers, Kathryn Joyce explores the outsized influence of evangelical Christian groups on the overseas adoption industry. The adoption movement has orchestrated a boom-and-bust market that can exploit poor families in countries where regulations are weak and "orphans" may not actually be orphans. 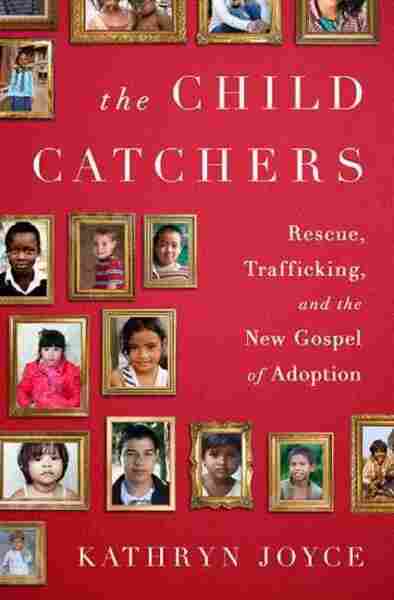 Rescue, Trafficking, and the New Gospel of Adoption

We're used to thinking of adoption as a way for infertile couples or single people to start a family or take in a child in need of a home.

What might come as a surprise, however, is the outsized role of evangelical Christians when it comes to overseas adoption. While evangelical adoption agencies amount to only a quarter of the accredited agencies listed by the U.S. State Department, those agencies are among the largest and most powerful. So large and powerful, in fact, that writer Kathryn Joyce says that if you are considering adoption, the likelihood is high that you will be working with a Christian agency.

Joyce explores the impact of the evangelical movement on the adoption industry in her new book, The Child Catchers: Rescue, Trafficking and the New Gospel of Adoption. She says that evangelicals view adoption as a new front in the culture wars.

"Evangelicals felt that they had kind of unfairly lost a claim to the good works side of Christianity, the social gospel, the helping the poor," she tells Fresh Air's Dave Davies, "and so they wanted a way to get back into doing something for poor people's rights, and adoption and orphan care came about as something that, I think, they could really invest themselves into without challenging or changing their stances on the other social issues that they care about."

Joyce says that the connection between abortion and adoption is also key in that many Christians see adoption as a ready answer to the longstanding abortion debate.

The Child Catchers exposes the way conservative evangelicals help orchestrate a boom-and-bust adoption market in countries where people are poor, regulations are weak, and families are vulnerable to these agencies that are sending representatives abroad to recruit "orphans." It is not uncommon, says Joyce, for these orphans to come from caring families who have a different understanding of adoption than Americans do: They agree to send their children away, thinking it's temporary — for a better education and opportunities — and that the child will eventually return.

The fallout is tragic for all involved. Especially, says Joyce, the children caught in the middle.

"Imagine how you would feel," she says, "if you were ripped from your family and you knew your family was still alive and this was not what any of you thought you had signed up for." 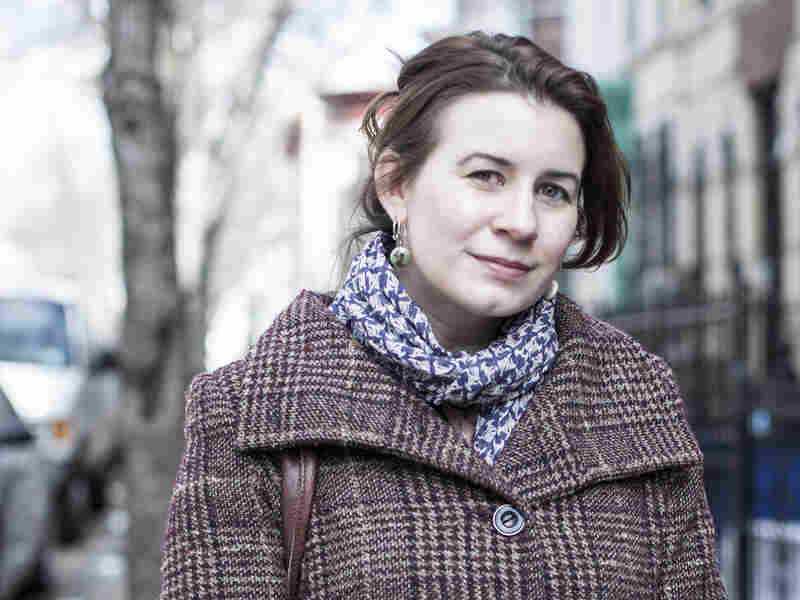 Kathryn Joyce is a journalist based in New York City. She is the author of Quiverfull: Inside the Christian Patriarchy Movement and as associate editor at Religion Dispatches. Josh Wool/PublicAffairs hide caption 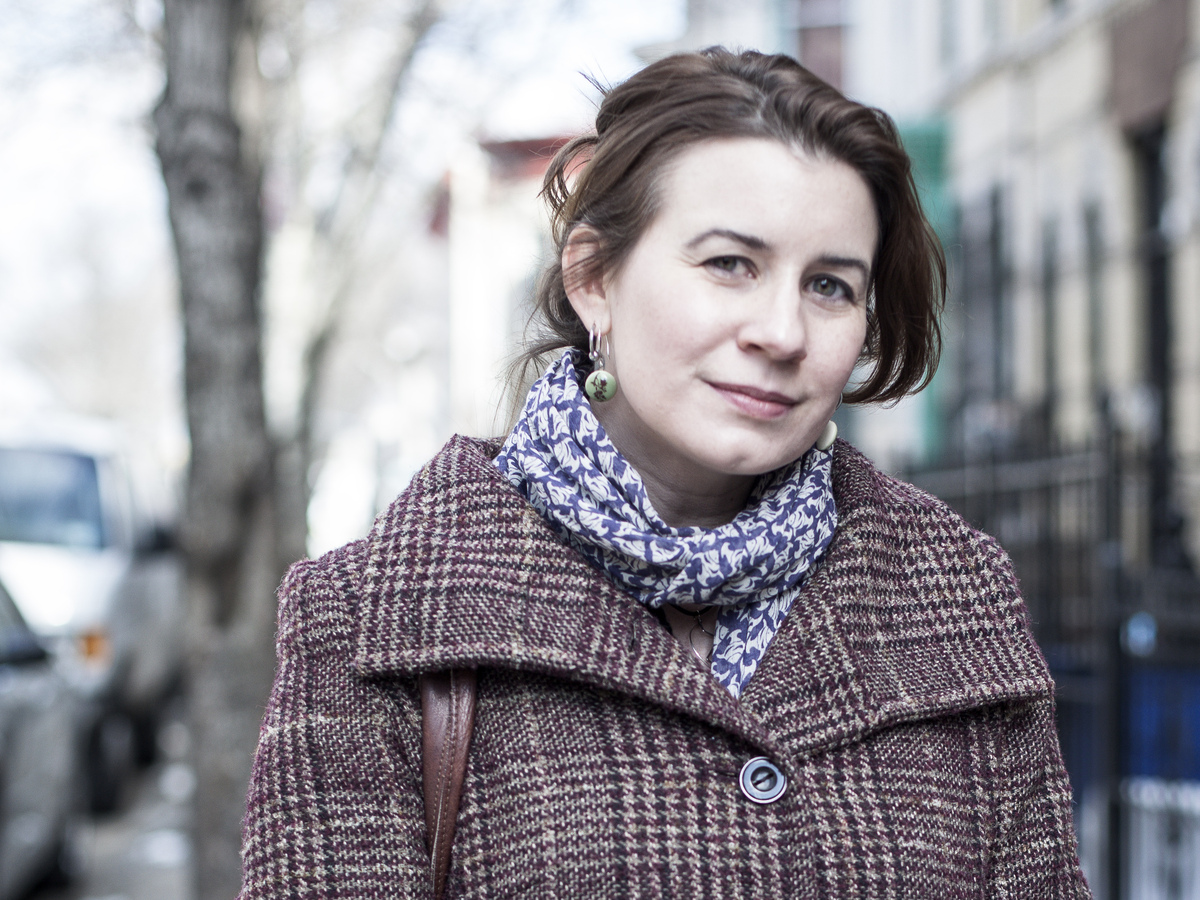 Kathryn Joyce is a journalist based in New York City. She is the author of Quiverfull: Inside the Christian Patriarchy Movement and as associate editor at Religion Dispatches.

On the phrase "coming home" in the evangelical adoption movement

"That's the idea that, you know, you have found your child somewhere out there in the world, that your child is out there waiting for you, that God has destined this child to be in your family from the beginning of time and when you finally find this child, you know, through the process of going through an adoption, finding an adoption agency, paying a large fee and, you know, going through the whole process [and] then finally this child will be 'coming home.' "

"After the other motivations for Christians getting involved in that ... I've kind of thought of it as maybe a third or a fourth or a fifth motivation. Somewhere in that ranking. There is absolutely a missionary or evangelizing angle. A lot of the leaders in this movement who have written some serious books talking about adoption of children as the way that Christians can best mirror the experience of their own salvation — that Christians were adopted by God and so Christians must reflect that experience by then going and adopting children. They've kind of promoted this as an idea of adoption theology or orphan theology. Implicit in that — key in that — is this idea that you are saving children twice: You are rescuing them physically from conditions you think they shouldn't have to live in and also you are saving their soul."

On the different understandings of "adoption" in different cultures

"The U.S. — the American — understanding of what adoption means is not universal. This is not the same idea or tradition that people have in other countries. There is a sort of adoption tradition in Ethiopia, but it's more like a guardianship: Your children are going somewhere for a time for a better opportunity and they will probably return, but there is never a severing of family ties which, in American adoption, that is kind of the cornerstone of the entire process is that this is a complete transferal of parental rights from one family to another and that does not exist in other countries."

On the veracity of information in adoption contracts

"These families sincerely do get very attached to the children and are very torn between, you know, what they're being told on one hand from an agency ... and, you know, suspicion that might start to creep up. And you know an interesting thing about agencies is ... they are not held responsible for telling adoptive parents the truth. A lot of adoptive parents need to contractually agree that they might be accepting misinformation from an agency. So I think this leaves a lot of those folks very vulnerable."

On whether street children are eligible for adoption

"This is the tragic paradox: that if people travel to Abba-Zaba you will probably be struck and heartbroken by the number of young children you will see without guardians begging on the street. And it's really quite terrible, but those children who are often referred to as 'street children' are almost categorically not available for adoption because of the way the system is set up. A paper trail is usually necessary to identify if a child is available to adopt, even if it's a paper trail that has been, you know, altered or seems to be fraudulent. ... If a child is just on the street there is almost no way that they are going to get into an orphanage and get into any sort of relationship with an adoption agency that can, you know, note them and say, 'Actually, here is a child who probably really does need a family to step in.' "

Read an excerpt of The Child Catchers