Accessibility links
The Kindness Of Strangers After The Tragedy In Boston In the hours after the Boston Marathon bombings, social media was alight with offers of assistance — from restaurants inviting guests to pay what they could, to Bostonians offering couches and inflatable mattresses to anyone who needed a place to stay. 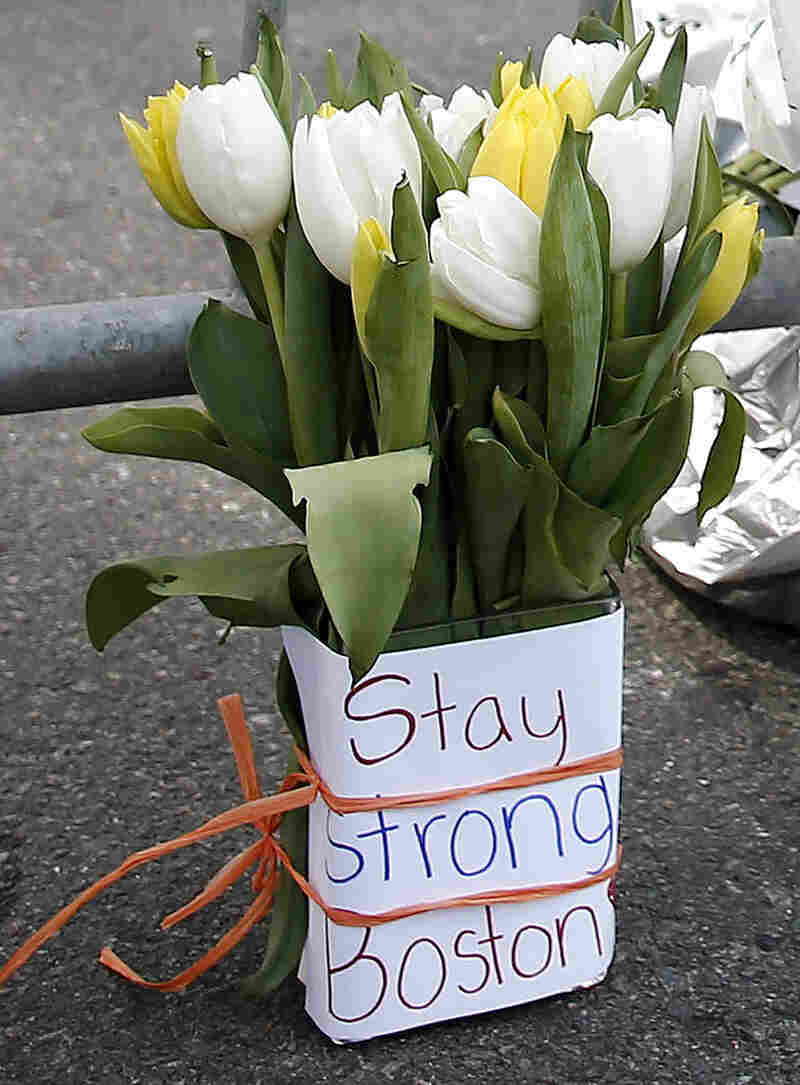 Flowers sit at a police barrier near the finish line of the Boston Marathon. AP Photo/Winslow Townson hide caption 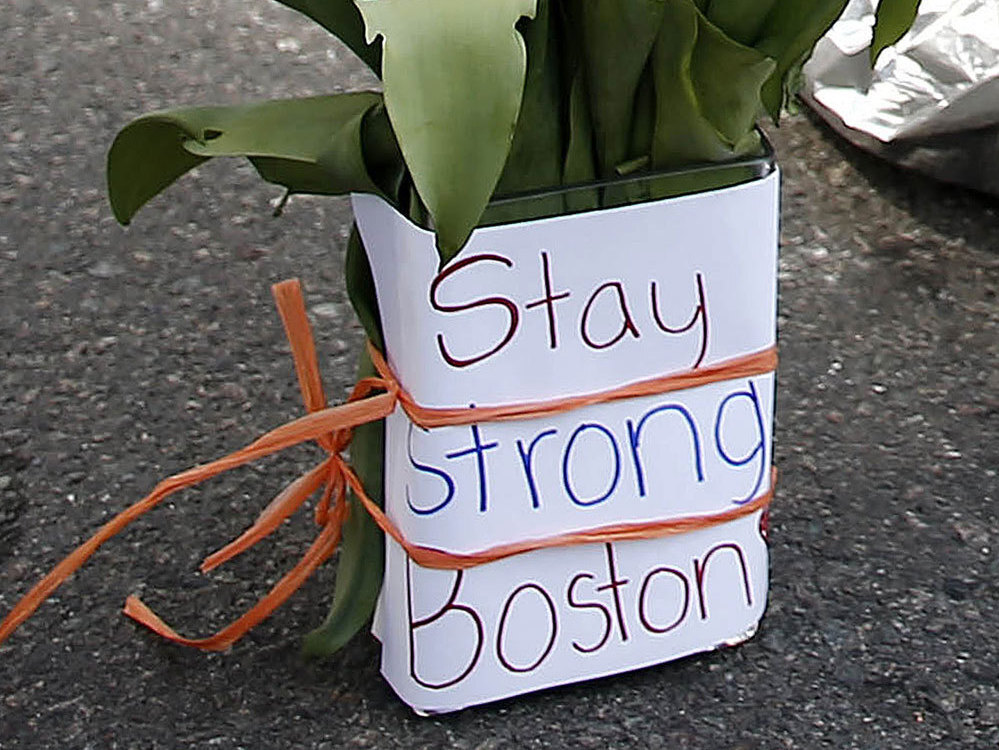 Flowers sit at a police barrier near the finish line of the Boston Marathon.

In the hours after two explosions rocked the finish line at the Boston Marathon, social media was alight with offers of assistance — from restaurants inviting guests to pay what they could, to Bostonians offering couches and inflatable mattresses to anyone who needed a place to stay.

NPR's Celeste Headlee talks with three Bostonians who offered help to strangers after the crisis.

Hoben: "We offered a place for people to come and sit and just kind of regroup a little bit. ... We had people come in, you know, just asking if they can charge their phone or to use the bathroom or for something cold to drink ... something to eat while they try to connect with the people that they were with. ...

"I think my staff deserves a lot of credit, too. ... I let anybody who wanted to go home, go home ... and not only did everybody stay, people who weren't working came in and helped, too. ... And there was my 11-year-old daughter all day, all week because she's on school vacation. And, you know, her first inclination was to write little notes on bags to tell people everything is going to be OK. So I think that this motivated us to just continue on and do what we could and not think about the big picture."

Lenaghan: "In this time of just sadness and tragedy, we really were so glad to be able to do something. And we never imagined how many people we'd reach by it, but it seems like we've reached quite a few. ...

"It was a different variety of people. It wasn't necessarily just first-responders. It was people that were flying into Boston, but because the flights had been delayed, they were stuck and couldn't get here until really late last night. ... For example, one of our regular daycare dogs' pet parent was stuck at work. She was in lockdown until just about an hour ago. ... It's one less thing that these poor people had to worry about, you know? The first-responders, the people who are really, you know, stuck and just can't get home because of ... this terrible event. ...

"I think every single person in Boston, whether you are running, you knew somebody running, you were in the area, we were all touched by it. And I feel so proud that I could offer some small portion of help to these people who just, you know, everybody was just sad and scared. And it's great to see a city like ours just come together. And it's great to see people across the nation not just recognizing that, but also joining us in solidarity. It's amazing."

Eric Hellweg, digital director of the Harvard Business Review, is one of thousands in Boston offering his home to stranded marathon participants and attendees. He hadn't had any takers at the time of the interview.

Hellweg: "I was at home in the living room with my wife and saw ... this Google doc for people to offer up rooms and we have a spare bedroom. And I just said, 'Hey, you want to do this?' And she said, 'Of course.' ... That was the extent of our thought process there.

"I would do it again and it was great because I'd check the list an hour or so later and it looked like there were thousands of people who had offered up the rooms, which was just really — just so great to see. ... I hope I never have a chance to do something like that again. But I really don't think I would hesitate to do so."