Accessibility links
More Than 50 Years Of Putting Kids' Creativity To The Test A bit like an IQ test measures intelligence, the Torrance Test and others like it measure creative ability. They help figure out when investments pay off, and they can draw attention to hidden problems, like why elementary kids are scoring better than high school students. 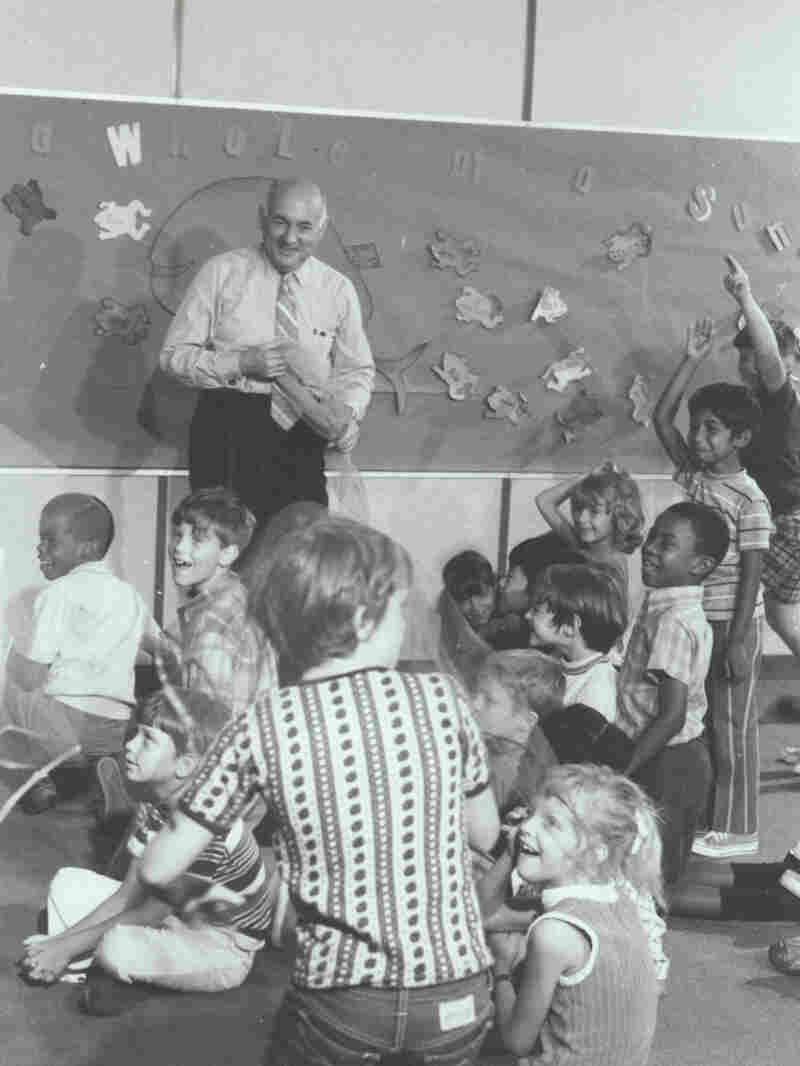 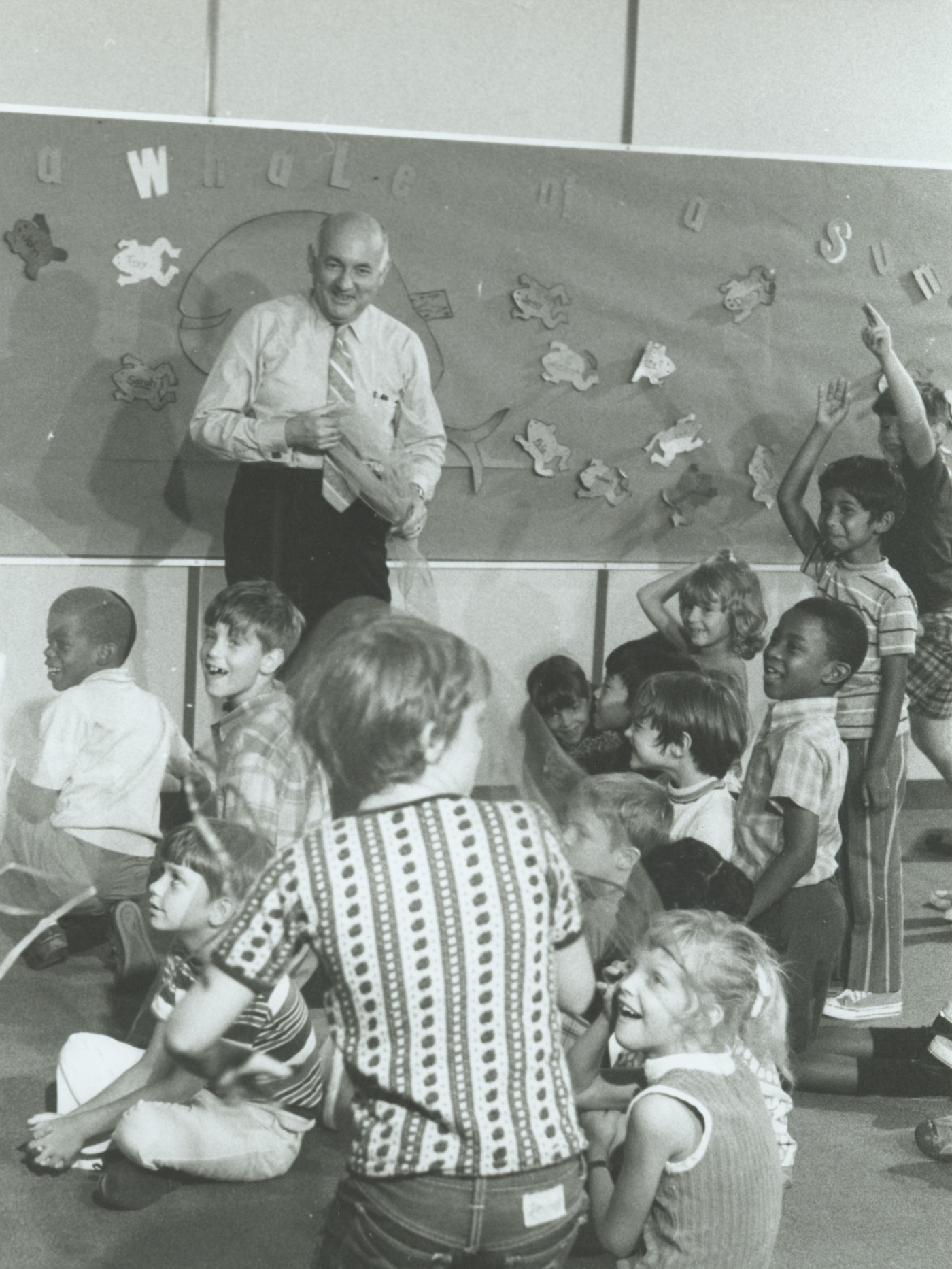 E. Paul Torrance, shown here in the mid-'80s, spent most of his career studying and encouraging students' creativity.

This is the second in a three-part series about the intersection of education and the arts.

Let's start with a question from a standardized test: "How would the world be different if we all had a third eye in the back of our heads?"

It's not a typical standardized question, but as part of the Next Generation Creativity Survey, it's used to help measure creativity a bit like an IQ test measures intelligence. And it's not the only creativity test out there.

So why bother measuring creativity? James Catterall, a psychologist and director of the Centers for Research on Creativity in Los Angeles, says the simple answer is that if society, business and education demands it, then we need to know when it's happening; otherwise, we're just guessing when it's there.

He says, "Measuring is an important aspect of knowing where our investments pay off."

In the late 1950s, a man named E. Paul Torrance was similarly interested in children's creativity. Torrance was a Georgia farm boy-turned-psychologist, and one of his first jobs was working with boys at a military academy. It was there that he began to see creativity as something that was misunderstood. Bonnie Cramond, director of the Torrance Center for Creativity and Talent Development at the University of Georgia, says a lot of the boys Torrance worked with were thought to be troublemakers.

"They were high-energy kids with ideas," she says, "and those don't always fit into a very structured school situation. And so [Torrance] did a lot of research in how, for example, teachers much prefer highly intelligent kids and often don't like highly creative kids because they are harder to control and they're misunderstood."

Torrance set out to change that, or at least to prove that creativity was as important as intelligence, not just in the arts, but in every field. As part of that mission, he devised a number of ways to test for creativity. Today, the system he created is called the Torrance Test. 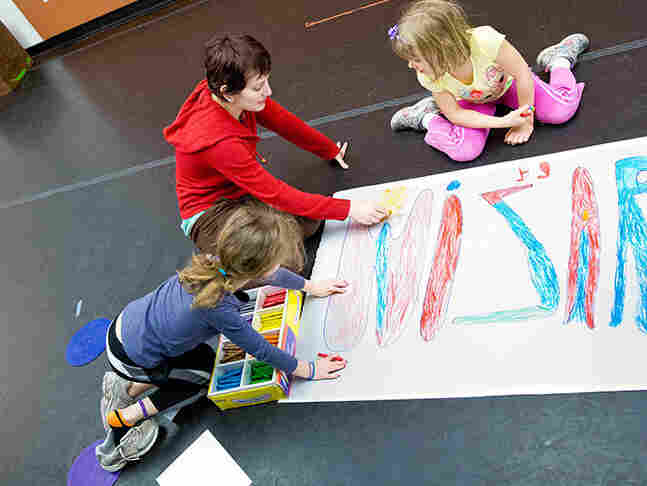 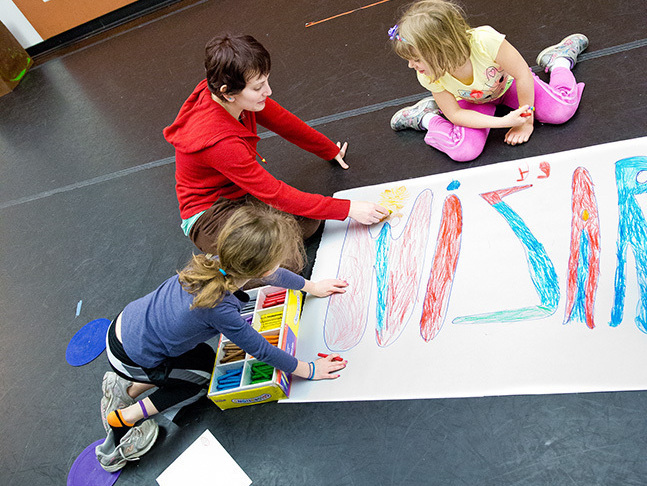 Assistant teacher Charlotte Lang Bush draws with children at Imagination Stage in Bethesda, Md. Staff members and some students at the children's theater and arts center have taken the Torrance Test to measure their creativity.

Janet Stanford is the artistic director of Imagination Stage, a professional children's theater company and arts center in Bethesda, Md. She says when she first heard about the Torrance Test, she was skeptical. "Initially I thought, as many people do, 'Well, creativity is not something you can measure. It's this sort of wonderful gift and let's not question it too carefully.' "

But Stanford was curious, so she ordered the test packet anyway, and she also got to see some of the results. In the "figural" section of the test, there's a page with a large, black egg shape in the middle. Test-takers are asked to make a picture out of it that "no one else will think of."

"One little boy created a cave out of it," Stanford remembers. "He put a cliff around it, and so there was a ladder going up to this hole as if it was a great cave. And then there was a Martian or some kind of alien spaceship in the air, and this little boy who was hiding from the aliens. I mean, the world that he created was complete."

Stanford was intrigued enough that she asked her entire staff to take the test. There was some resistance at first, but then a few members like Lauren Williams learned to grade the test. Williams says that for a test about creativity, it has a lot of unexpected details. Take, for example, the test's "resistance to premature closure" section, where test-takers are asked to turn lines on the page into a picture somehow. "They look for people who choose not to take the quickest way and to choose a longer, more elaborate route instead," she says. "And you get points for that."

Shining Light On A Hidden Problem

The Torrance Test has been translated into several languages and is mostly used for admission to gifted and talented programs. But other creativity tests are also in the works — James Catterall and his team at the Centers for Research on Creativity are still tweaking theirs.

Catterall says they made an interesting discovery while they were testing out their survey: Elementary school kids scored better on it than high school kids did. "I think the expression that many people use is that the schools have a tendency to suck the creativity out of kids over time," he says.

And that's a problem — a problem that will require enormous creativity to solve.