Accessibility links
Movie Review - 'Deceptive Practice: The Mysteries and Mentors of Ricky Jay' It's been said that to properly understand a magician, you have to get right on stage and watch how the act is done. NPR's Bob Mondello had that chance once with card whiz Ricky Jay — subject of the new film Deceptive Practice — and has a few words about how the showman works. 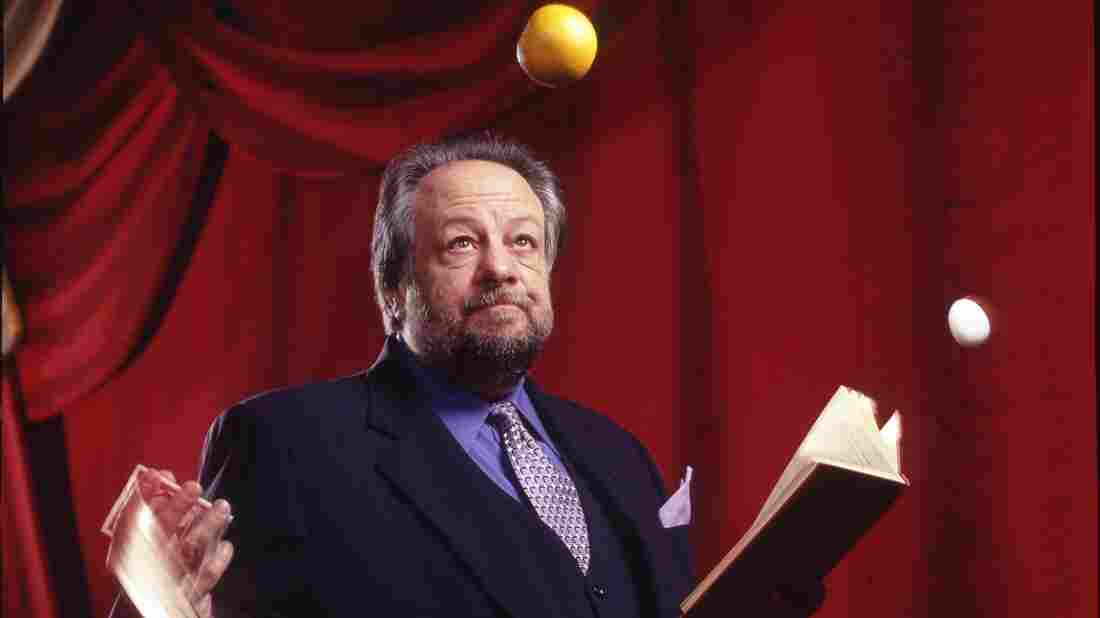 Veteran magician Ricky Jay reveals much about himself in a new documentary on his life of deception. His card-trick techniques? That may be another story. Kino Lorber hide caption

Deceptive Practice: The Mysteries and Mentors of Ricky Jay

Watch A Clip From 'Deceptive Practice: The Mysteries and Mentors of Ricky Jay' - 'The Artifice Of The Gambler'

'The Artifice Of The Gambler'

Watch A Clip From 'Deceptive Practice: The Mysteries and Mentors of Ricky Jay' - 'Look At How Wonderfully He Misdirects Attention'

'Look At How Wonderfully He Misdirects Attention'

When people talk about movie magic, they rarely mean card tricks. They're talking about digital wizardry and special effects.

But a new documentary called Deceptive Practice: The Mysteries and Mentors of Ricky Jay is all about card tricks — and a man who has devoted his life to them.

Card artist Ricky Jay keeps up a constant stream of chatter in his act onstage — everything from gambling poems to stories about The Great Cardini — and it's all very entertaining, but the patter is designed to distract you from what he's doing.

In the movie, where you're not just watching his hands every second, it's OK for him to digress, with director Molly Bernstein illustrating his excited chatter about fabled magic acts with archival footage, including video of Jay himself at age 7, holding a "magic" canister that's almost as big as he is and telling audiences to "keep your eye on it, because strange things are going to happen."

But I caught Jay's act on stage a few years back and was lucky enough to get plucked from the audience to sit right at his elbow as he performed his little miracles. And there, I tried like crazy not to listen to what he was saying and to concentrate instead on the cards.

Sure, Jay's feats with what he sometimes calls his 52 assistants would amaze patrons who sit a few feet away, I figured, but I was really close, wearing brand-new prescription glasses, my powers of observation heightened by years of ... well, observation. So when he started showing us three-card monte, I knew to ignore two of the bent cards and concentrate on the third one.

In the movie, they've filmed a woman doing exactly what I was doing, sitting next to Jay, putting her face down on the table to see under the cards as he blabs away while turning red queens into black 2s and back again. Repeatedly. 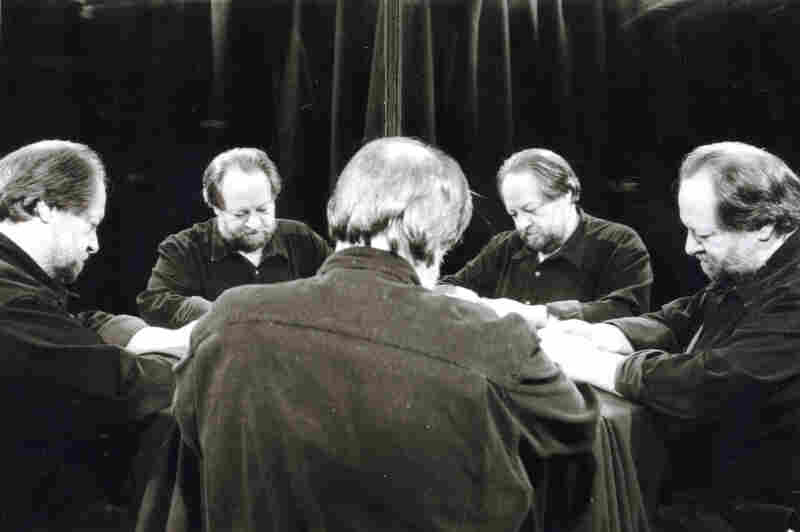 Jay tells stories of the magicians who guided him as he made his way to the top of his game, but the man himself remains the star of Molly Bernstein's film. Kino Lorber hide caption 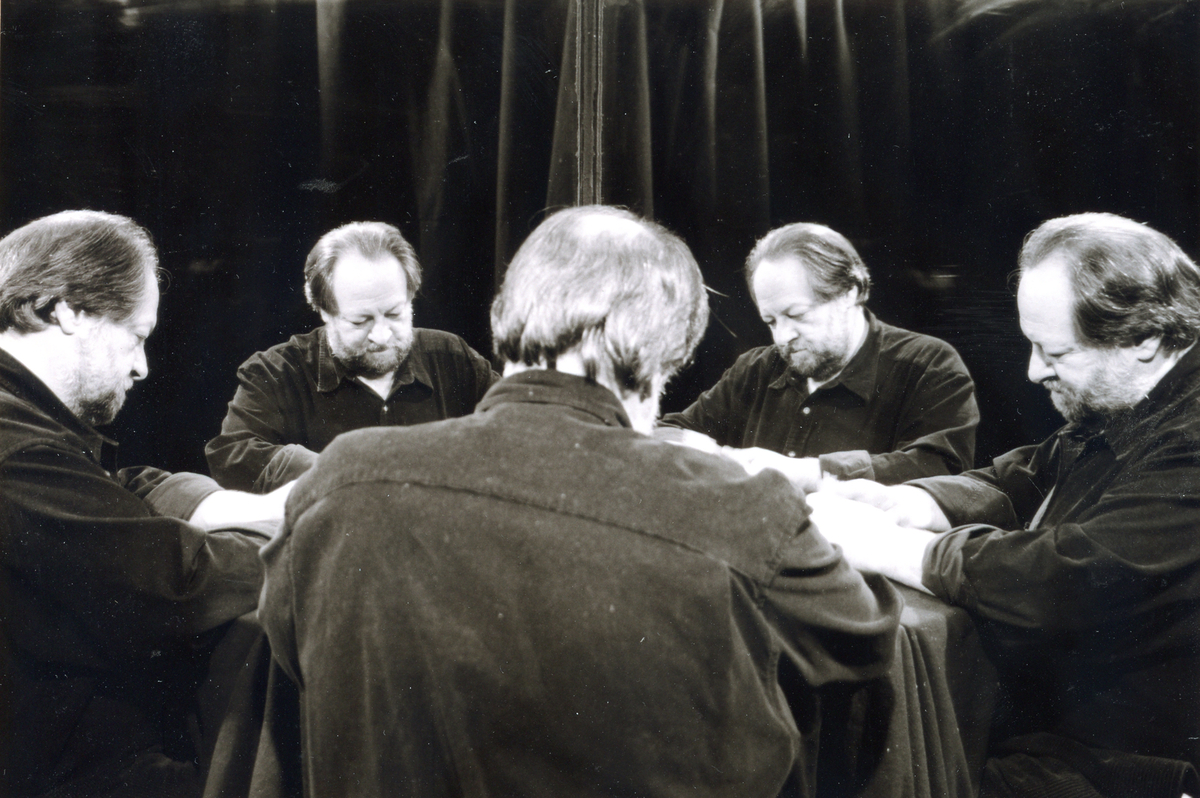 Jay tells stories of the magicians who guided him as he made his way to the top of his game, but the man himself remains the star of Molly Bernstein's film.

You'll hear the audience laughing as he does it again and again, the woman's nose maybe 5 inches from the cards. And it's clear she has no idea how he's doing it — subatomic rearrangement of the card faces, maybe? Mass hypnosis? And what's killing her is that from where she's sitting, she can see that the usual explanations about marked or shaved cards — the ones that make perfect sense when you're sitting in the front row — don't hold water.

I was allowed to touch the cards, hold them, turn them over. And the shuffles, while they must necessarily be rearranging the deck in trickily deceptive ways, look to be genuine mixes of two stacks of cards. He talks about that in the film, too — about spending eight or 10 or 12 hours a day practicing, until he can do it without ever thinking about doing it.

Which leaves the thinking to the rest of us, of course. Deceptive Practice: The Mysteries and Mentors of Ricky Jay films its title character talking quite a bit about celebrated magicians who've taken tricks with them to the grave. And don't expect him to explain his own tricks: He'd be the first to tell you his talent is for misdirection. He's a bamboozler.

One BBC journalist talks on screen about how Jay reduced her to tears with a trick he did just for her — an audience of one.

Great story — though, I have to say, we're made of sterner stuff here at NPR. After sitting at his elbow that day, I can tell you how he manages the tricks I saw really close-up. Not mysterious at all: It's magic, pure and simple.