Accessibility links
The Pitch For More No. 42s There's more buzz than usual this year around baseball legend Jackie Robinson, who made his major league debut on April 15, 1947. But commentator Frank Deford says there isn't enough buzz in college athletics to help shape the Robinsons of the future. 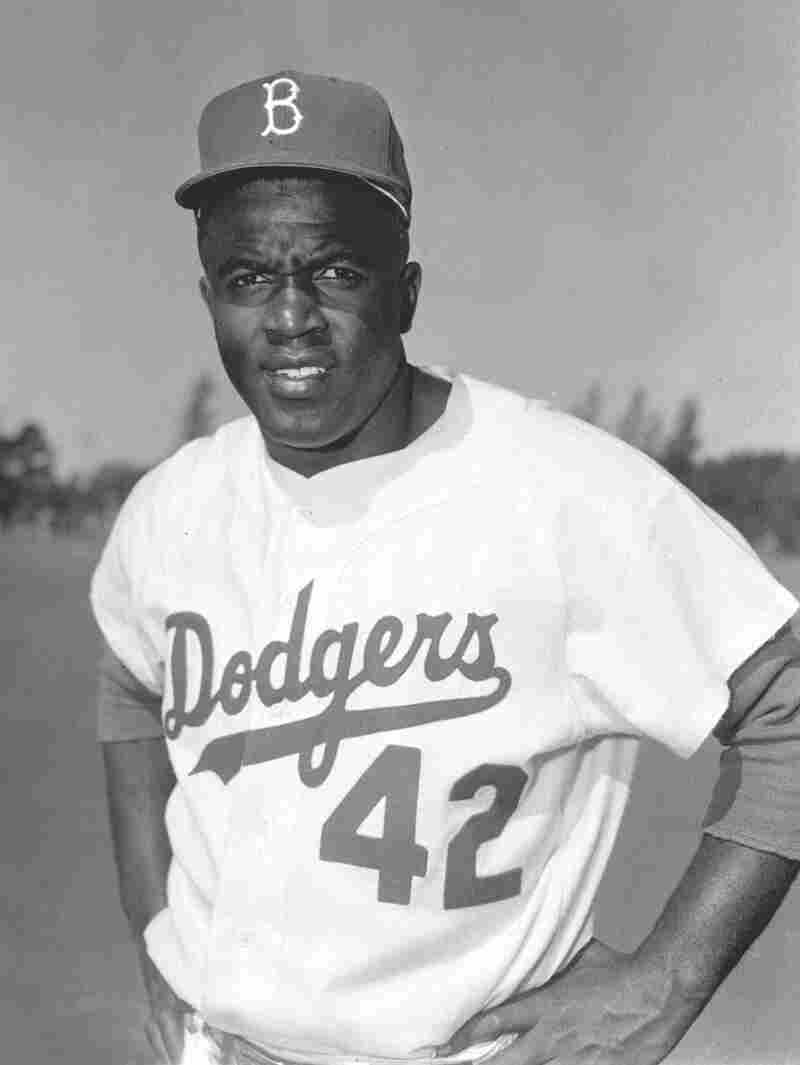 Jackie Robinson during spring training at Vero Beach, Fla., in March 1956. It would be Robinson's 10th and last year with the Brooklyn Dodgers. AP hide caption 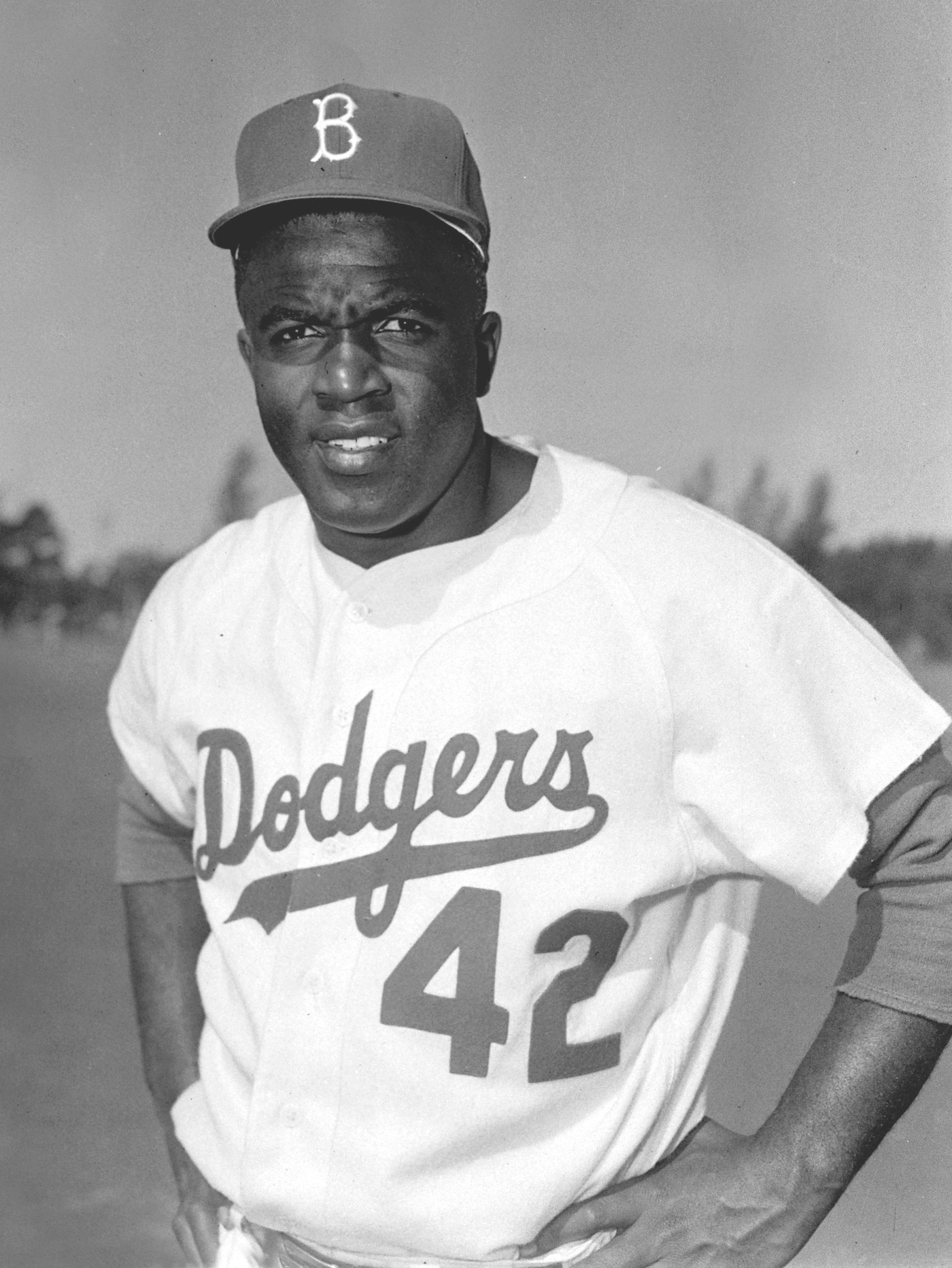 Jackie Robinson during spring training at Vero Beach, Fla., in March 1956. It would be Robinson's 10th and last year with the Brooklyn Dodgers.

Yet another movie about Jackie Robinson arrived as baseball held its annual commemorative celebration of No. 42, but officials of the game are fretting over the fact that only 8 1/2 percent of current major leaguers are black.

Given that African-Americans only constitute about 13 percent of the U.S. population, and that rarely do we have any industry or school system or community population that correlates exactly to the whole country's racial or ethnic makeup, baseball's somewhat smaller black cohort hardly seems like an issue to agonize over.

Ah, but now here's a figure more worth pondering –– as promulgated by a report from the University of Pennsylvania Graduate School of Education. Fifty-seven percent of football players in the six powerhouse American college conferences are black. An even greater number of young black men, 64 percent, fill up the basketball rosters. If you watched any of March Madness or any bowl game in the 21st century, this will hardly come as any surprise.

But, in depressing counterpoint, what the Penn study reveals is that for all these visible black college athletes, a mere 2.8 percent of college student bodies are composed of male African-Americans.

And, just for the record, only about 7 percent of coaches and athletic directors at the Division I schools are black.

Also, just for the record, the Penn study shows that black athletes graduate in lower numbers than other black students and their fellow white student-athletes.

None of this should be particularly surprising, inasmuch as basketball and football players have to devote so much time to practicing and traveling to make money for the coaches and the universities –– and that, in so many cases, the recruited black athletes come from high schools in poorer communities where their preparation for college doesn't measure up to what so many scholarship white lacrosse players and golfers are blessed with in class-A suburban schools.

But, of course, those ridiculous propaganda ads from the NCAA, which suggest that most of their so-called student-athletes end up as Nobel Prize winners in physics, never hint at the real scandal in NCAA academics.

And this too: For every athlete a college gives an athletic scholarship to, it should match that by giving an academic scholarship to a classmate from the same school. Then, we would have more than 2.8 percent male black student-athletes, and more young black men who could grow and strive, and be well-educated, like Jackie Robinson, the man.