Accessibility links
'Off Pitch': A Show-Choir Story From The American Midwest A distasteful reality show about an adult show choir brings regional stereotyping to the Midwest.

'Off Pitch': A Show-Choir Story From The American Midwest

'Off Pitch': A Show-Choir Story From The American Midwest 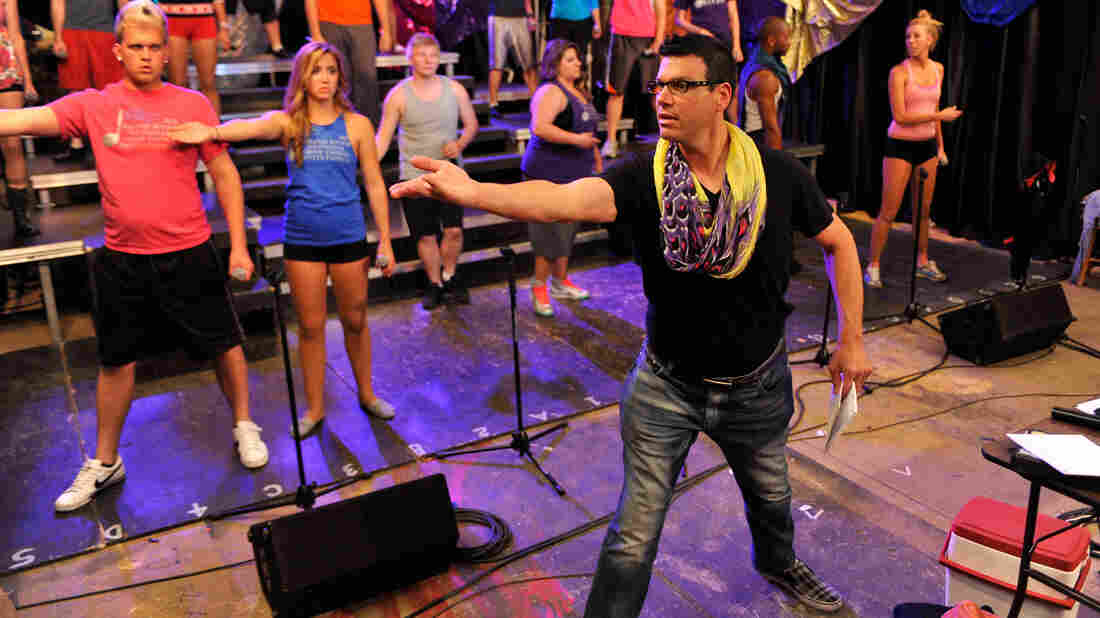 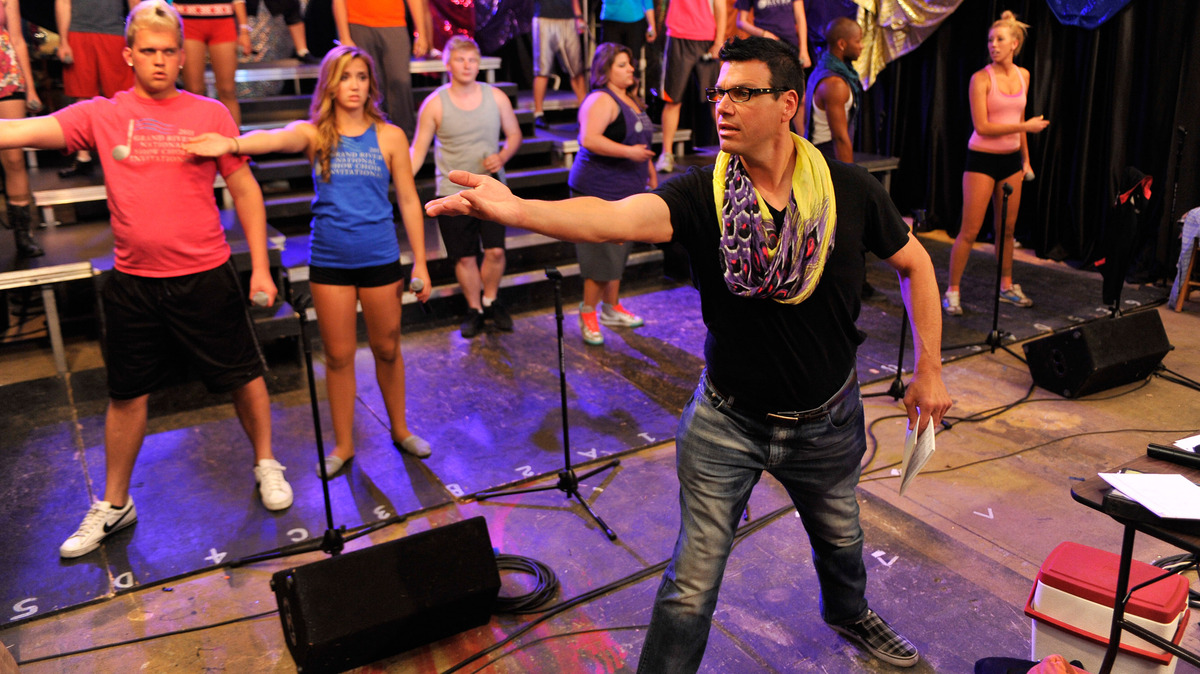 Director Rob takes charge of a rehearsal in VH1's Off Pitch.

Beware, Midwesterners: reality television is coming for you.

The last couple of seasons have brought an outpouring of what is ungenerously referred to as "redneck television" — shows that highlight the American South, sometimes affectionately and sometimes in a spirit of distilled mockery. While many of these shows have foundered, some have prospered — none more than A&E's Duck Dynasty, which critic Maureen Ryan recently called "a combination of backwoods 'reality' shows, family comedies and Thom Beers' Deadliest Catch-style he-man shows."

It seems inevitable that regional fatigue will set in at some point, and it's thus unsurprising that VH1 is turning its eyes north to the upper Midwest for Off Pitch, a mashup of a variation on redneck shows, some pointing and laughing at delusions of grandeur as viewers do with Real Housewives franchises, a generous dollop of Waiting For Guffman (in plot, not in execution), and a little sprinkling of Glee.

The Grand River Singers are a singing group from La Crosse, Wisconsin — an all-adult community show choir. They're directed by Tim and Rob, a couple in life as well as in directing.

Tim and Rob, as they are presented on the show, fit most of the stereotypes you might expect television to embrace about gay show-choir directors, which isn't bad, obviously, it's just not particularly interesting. (This is particularly true of Rob, with whom we spend more time.) The key to a show like this is the people, and the key to making anyone care about them is usually to find the ways in which they aren't what you would expect to see on TV, not to drive headlong into every cliche at 100 miles per hour. There's undoubtedly more to them than this, and perhaps we'll see it at some point, but not in the premiere.

The rest of the choir is indistinctly presented as loud, modestly talented, starved for attention, melodramatic, and worthy of scorn. This is essentially a cast made up of the kinds of people who give the American Idol auditions that are the hardest to watch — people who love performing, who have just enough ability to dream unrealistically, who will never be stars, and whose hearts break extravagantly every time they are disappointed.

There's a way to do a show like this with some affection, and it's always possible that Off Pitch will mature into that kind of show. It would be condescending to assume that the Grand River Singers are less equipped than other people to decide whether they do or don't want to participate in this often phony-smelling spectacle. But this is not an affectionate show. It is not entertained for even a moment that Tim and Rob are doing something that enriches their community, or that anyone in their choir is talented. Previews for the rest of the season show disaster after disaster, without a hint that there's any story here, even around the edges, about how arts really do mean something to people, even amateurs.

It's interesting that the people who make it to reality television in New York and Los Angeles tend to be the outrageously wealthy, the outrageously successful, the overindulged, and the schadenfreude-inducing. In the rest of the country, what used to be "redneck TV" (a term that's offensive to real people but often accurate in the way that the casts are viewed by the networks displaying them) may be morphing into "unsophisticated TV," where every region of the country can contribute people for networks centered on both coasts to make fun of. Rest assured that both New York and Los Angeles have plenty of delusional and untalented people trying to break into show business. But perhaps it's impressive just to know that somewhere in their offices, VH1 found a map with Wisconsin on it.