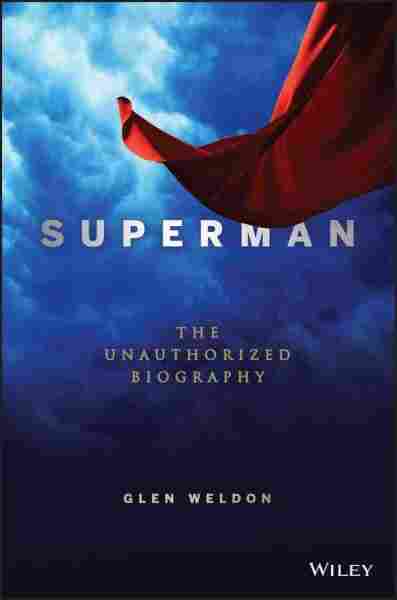 Whether or not you give a damn for Superman, you know who he is. Even if you've never read a comic book in your life, no one can hear the name "Superman" without a flash of recognition: red-and-yellow S on blue background, red cape, the dark-haired man in flight, jaw set, blue eyes fixed on a distant destination. He's on his way to save the world.

Outdated, of course. Outmoded, of course. Superman's a joke, a sadly irony-free outline filled in with bland 1950s platitudes; a white man's wish-fulfillment muscle suit waiting to be punctured by any one of the myriad lurid rainbow varieties of Kryptonite. Square-jawed, square-shouldered, square all over, fit only for the peddling of breakfast cereals to the ingenuous. But you still know who he is. You grew up knowing.

He's fought greedy industrialists; he's been the embodiment of Eisenhower-era conformity; he's died and been resurrected; and he's sported a really atrocious hairdo — all of these Supermen are the real deal. And they're all ably chronicled by Glen Weldon in his forthcoming Superman: The Unauthorized Biography. Despite the combative-sounding title, Weldon's tone is light, speaking of Superman as you might of an old and dear friend whose imperfections you still wryly acknowledge. For example, there were those years in the late '50s, which he spent inexplicably being a complete jerk to all his friends. And how about that time in the '90s when the SuperHairdo was a SuperMullet? Weldon blithely chronicles the Man of Steel's less-than-super moments, and lets us in on the reasons why, to the DC Comics editors, concepts like Beppo the Super-Monkey seemed like such great ideas at the time.

It's not snark all the way down, though; the book's saving grace is its mixture of nonseriousness with true, abiding love. (Anyone doubting Weldon's understanding of, and eloquence on, the character of Superman should read his excellent opinion piece on DC's hiring of the notoriously homophobic Orson Scott Card to write a Superman comic.) Weldon's years as a lifelong Superman fan give him superb insight into the character's central truths, which he communicates with an affection the reader can't help but share:

"Superman changes as our culture changes. The only thing about him, in fact, that has remained untouched, inviolate, since Action Comics #1 hit the stands in April 1938 is his motivation. That motivation is at once the simplest of them all and the hardest to unpack: he is a hero. Specifically:

"1. He puts the needs of others over those of himself. 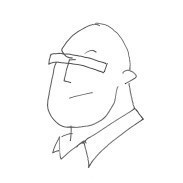 Glen Weldon writes about comics for NPR and is a panelist on Monkey See's Pop Culture Happy Hour.

Weldon's biography is, in fact, an excellent introduction to the history of the Man of Steel, from his origins as a scrappy comic-book champion of social justice through multiple incarnations on film, radio and TV. Weldon makes it clear that his aim is purely to chronicle the iterations of the character and his impact on contemporary popular culture; biographical details of creators and performers, and the many legal wrangles spawned by the Superman brand's success are mentioned in passing, but only in terms of their relevancy to Superman's own story and history. Likewise, the study of Superman as religious and sociopolitical metaphor is given a nod but generally left out. Weldon provides ample citations of other works that deal with all of these aspects, keeping his own story refreshingly free of sprawl.

Those familiar with his writing for this site will recognize Weldon's engaging, readable prose. The gimlet-eyed will note the recurrence of a few verbal tics that have haunted him as a writer. Probably the most critical thing that could be said of Superman: The Unauthorized Biography is that it reads, at times, like a hyperextended blog entry. Still, Weldon's style is entertaining enough to make up for any deficiencies, and there are some great turns of phrase: the villainous Brainiac's cranial electrodes are likened to a "solid-state yarmulke"; Doomsday, Superman's spike-encrusted 1992 nemesis, is straight from "the pages of one of the moronic, ultra-violent, laughably self-serious comics that now clogged comics shops (in which he'd likely bear a moniker such as Bonestryke or Bludspur or Calciumblayde or Osteodeth or Ragepointy)."

The bottom line: You don't have to be a comics reader to enjoy this book — or even a regular watcher of Smallville. On the other hand, even the most hard-core geek will find a few nuggets of new information. From the offices of the Daily Planet through the teeming streets of Metropolis to the arctic Fortress of Solitude with its portal into the Phantom Zone, Weldon is a reliable, witty and informative guide.

Read an excerpt of Superman