Accessibility links
Boston Bombings Bring Out The 'Crowdsleuthers' Investigators have said the key clue is likely to come from photos or video taken by the public, and social media sites are buzzing with theories about possible suspects. But with so many images out there, it's like trying to find the one slightly off-white pingpong ball buried under 10,000 white pingpong balls.

Boston Bombings Bring Out The 'Crowdsleuthers'

Boston Bombings Bring Out The 'Crowdsleuthers' 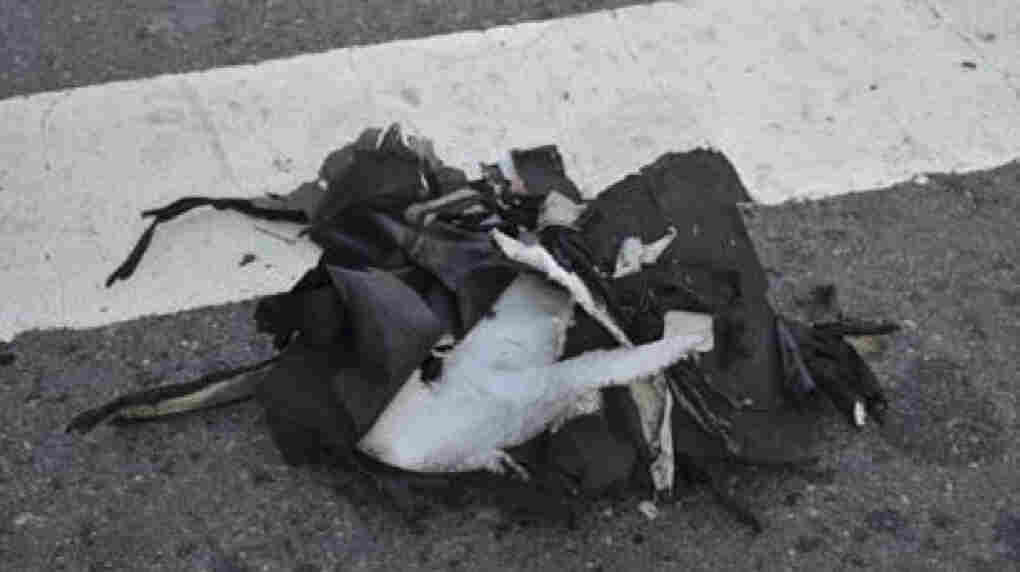 This image shows the remains of a black backpack that the FBI says contained one of the bombs that exploded during the Boston Marathon. FBI via AP hide caption

If you were at the Boston Marathon wearing a backpack, chances are some citizen sleuth has pored over your photo in the hunt for possible suspects in Monday's blasts.

Federal investigators have said the key to breaking the case is likely to come from photos or video taken by members of the public, and social media sites such as Reddit and 4chan are buzzing with speculation over the scores of images on the Internet.

"Our expectation of a horrific crime like this being solved is higher than it was in the past because of the ubiquitous nature of the collecting of images," says Robert McCrie, a professor of security management at John Jay College of Criminal Justice in New York.

With surveillance cameras in so many stores and smartphones in nearly every pocket, there's an expectation that a clear picture of the bomber or bombers must be out there. But with so many pictures to look through, it's like trying to find the one slightly off-white pingpong ball buried under 10,000 white pingpong balls.

"This is a test case in terms of electronics and amateur sleuthing," says Gerald Posner, an investigative journalist and author of Case Closed: Lee Harvey Oswald and the Assassination of JFK. "If they can find the lead that leads to the perpetrators, it will be a new standard of law enforcement."

More Images Than Ever

In the past, investigators would have to get lucky. There weren't enough cameras or angles, for instance, to identify immediately the men who blew up the Alfred P. Murrah Federal Building in Oklahoma City in 1995.

"There was only one camera from the building," Posner says. "They found some camera footage from downtown, but it wasn't clear enough who was driving."

When President Kennedy was killed 50 years ago, the only complete video investigators could find was an 8 mm home movie shot by Abraham Zapruder. Although frames from the film were published by Life magazine days after the killing, the film was not broadcast until 1975.

The Zapruder film shows a woman who is wearing a babushka and holding what appears to be a video camera.

"The FBI never found her," Posner says. "If the Zapruder film were released today, everybody would have her picture and we would know who she was in minutes."

That's because now, there's no end to still pictures and video footage. "Especially with social media now, information is going to be out there as quick as it's happening," says Adam Reed, a public information officer with the Pennsylvania State Police.

In Boston, investigators not only asked the public to help, but also went so far as to ask visitors departing from Boston's Logan Airport to share any photographs they had.

"Invariably, it's the tips and the help that is provided by the public that results in the solution of most of our cases today," says McCrie, the John Jay College professor. 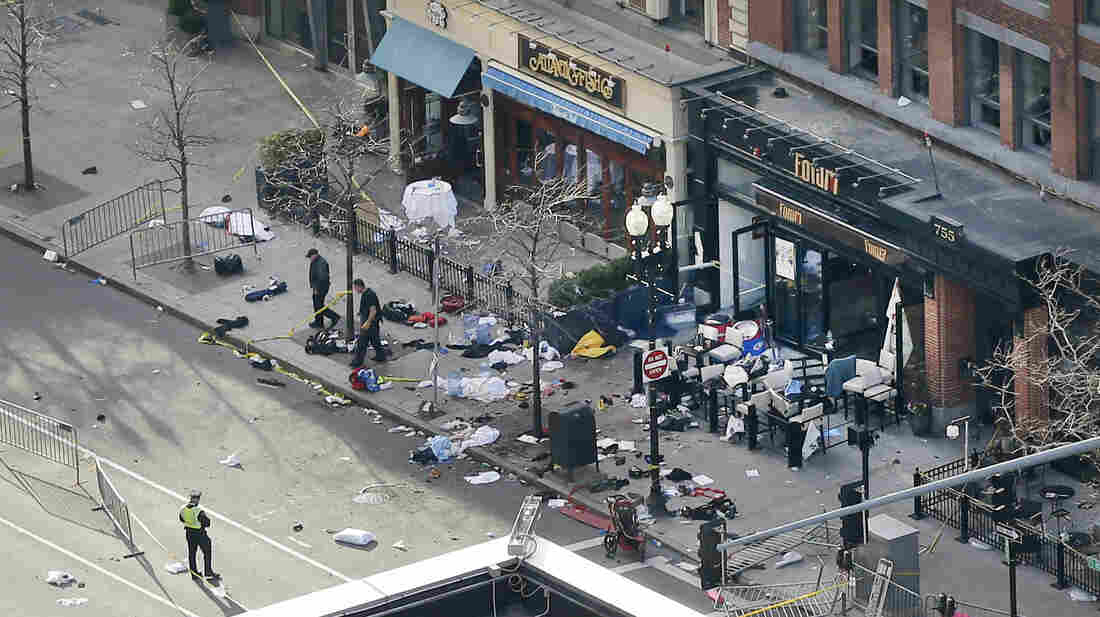 One of the blast sites on Boylston Street near the finish line of the Boston Marathon is investigated and guarded by police in the wake of Monday's attack. Elise Amendola/AP hide caption

But, as Reed notes, in a case with as high a profile as the Boston Marathon bombings, the amount of information offered up by the public can be overwhelming. More than 1 million images have been submitted to law enforcement, as well as more than 1,000 hours of video footage.

"It's incumbent on law enforcement to sort through those tips to figure out what might be legitimate and what might not be," Reed says.

The people trying to "crowdsleuth" Monday's blasts are part of a cottage industry. In the age of the Internet, Amber Alerts and TV shows such as America's Most Wanted, many people with no connection to law enforcement devote countless hours to trying to solve crimes.

"I'm something of a DIY detective," Michelle McNamara, who runs a blog called True Crime Diary, wrote recently in Los Angeles magazine. "I delve into cold cases by scouring the Internet for any digital crumbs authorities may have overlooked, then share my theories with the 8,000 or so mystery buffs who visit my blog regularly."

Groups of amateur sleuths such as the Doe Network and the Vidocq Society have helped solve dozens of missing person and murder cases, poring over old records.

Those in law enforcement sometimes have a hard time believing that someone will come up with useful ideas that their own trained personnel and computers hadn't managed to figure out.

"Some hesitance [on the part of law enforcement] is always there," says William Fleischer, a private investigator in Philadelphia and commissioner of the Vidocq Society. "When we started 24 years ago, the first words out of their mouths was 'who?' Now, I believe we're still listed as a resource in the Justice Department for cold cases."

He adds: "Police, like other people, are very competitive, very protective and territorial."

There is always a tendency among cops, when approached by well-meaning citizens with a theory of the case, to offer thanks politely but dismissively, says McCrie. "The reality is, police cannot succeed in their endeavors without support from the public," he says.

In Boston, that support is primarily taking the shape of thousands and thousands of images. There is far more visual information available in this case than could have been dreamt of during the Kennedy assassination, or the Olympic bombing in Atlanta in 1996, or even the terrorist attacks that occurred on Sept. 11, 2001.

"This sounds like a broken record — we tend to say this with each catastrophic event — but it's different now," says Posner, author of Case Closed: Lee Harvey Oswald and the Assassination of JFK.

If pictures or video do in fact lead to an arrest or arrests, law enforcement will forever welcome floods of images of crime scenes from the public, Posner says. When it comes to images and information, the more authorities have, the better.

"If they can find the lead that leads to the perpetrators, it will be a new standard of law enforcement," he says.

But if the case is solved slowly — with the key clue available all along but initially overlooked because the police and feds were overwhelmed — Posner says that could cause more skepticism about the utility of torrents of information offered up by the public.