Accessibility links
An American In Mali, Teaching The Country's Sounds It's been a decade since Paul Chandler left the U.S. and headed to West Africa, having fallen in love with the region's music. Now Mali is his home, and he's teaching children at the American School in Bamako how to play the music of his adopted country. 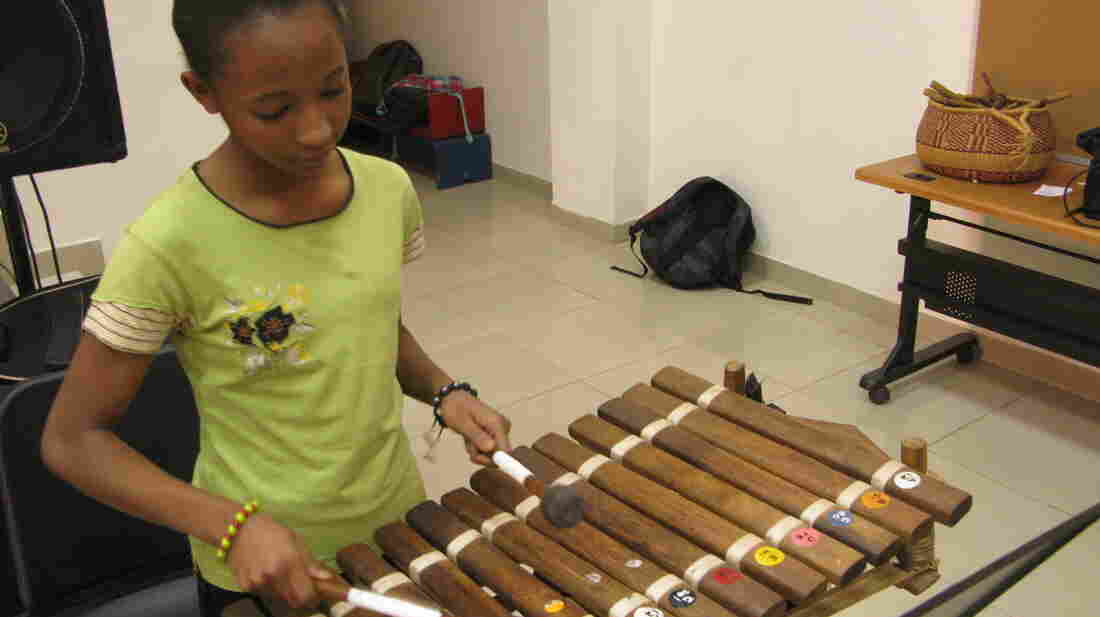 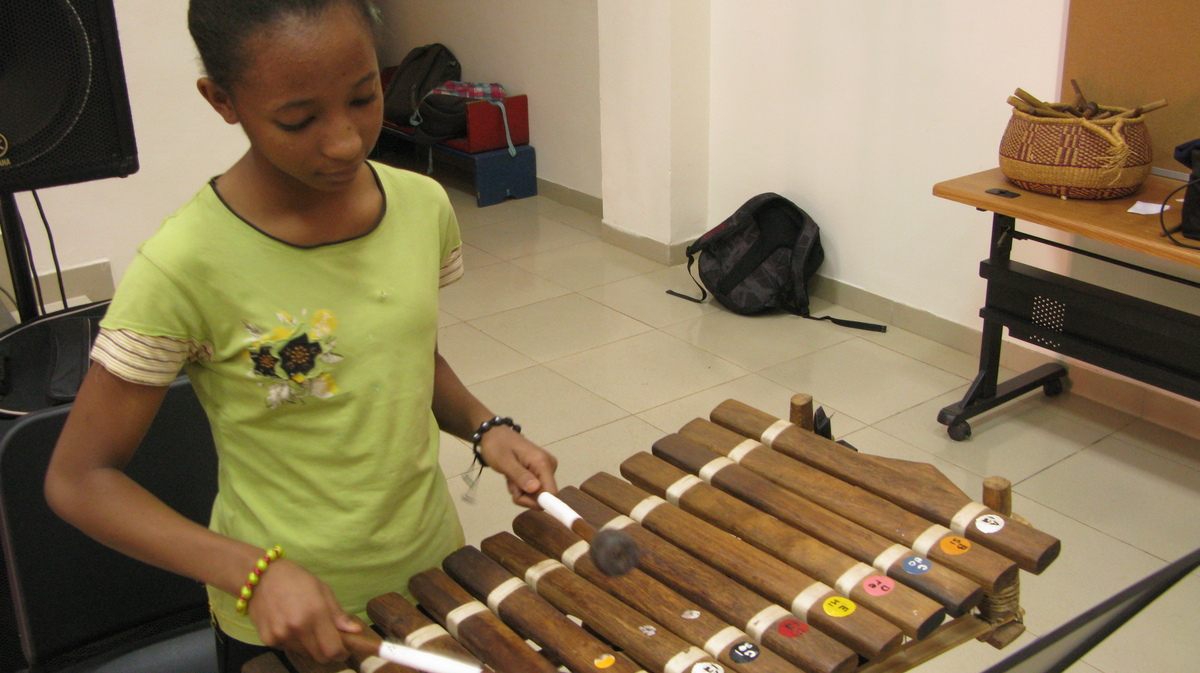 Numbers are down at the American International School in Bamako, the capital of Mali.

In just over a year, the country has witnessed a rebellion, a military coup and the occupation by Islamist fighters of the desert northern region, recently largely liberated in a counteroffensive by French-led forces. Despite the troubles, the school is open and classes continue.

Teacher Paul Chandler is taking his combined class of 6th- and 7th-graders through their early paces, learning the Malian music they'll be performing at the annual school concert. 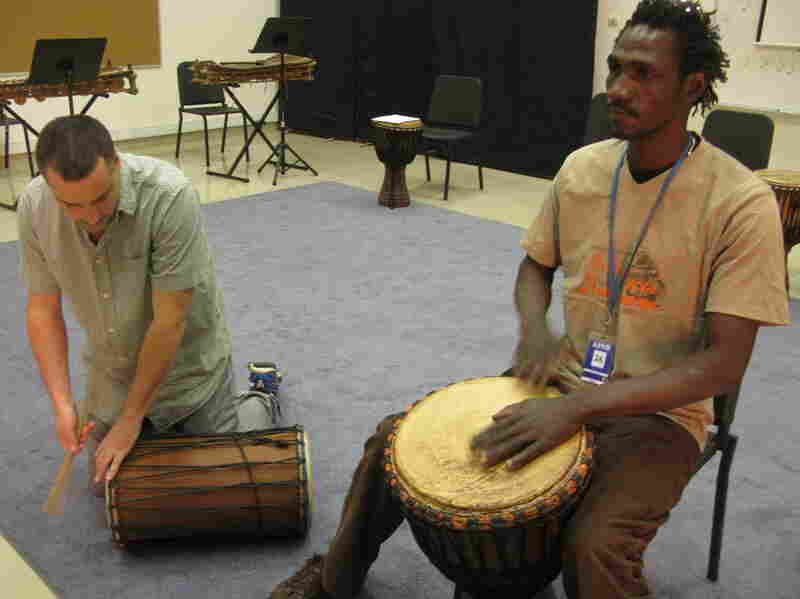 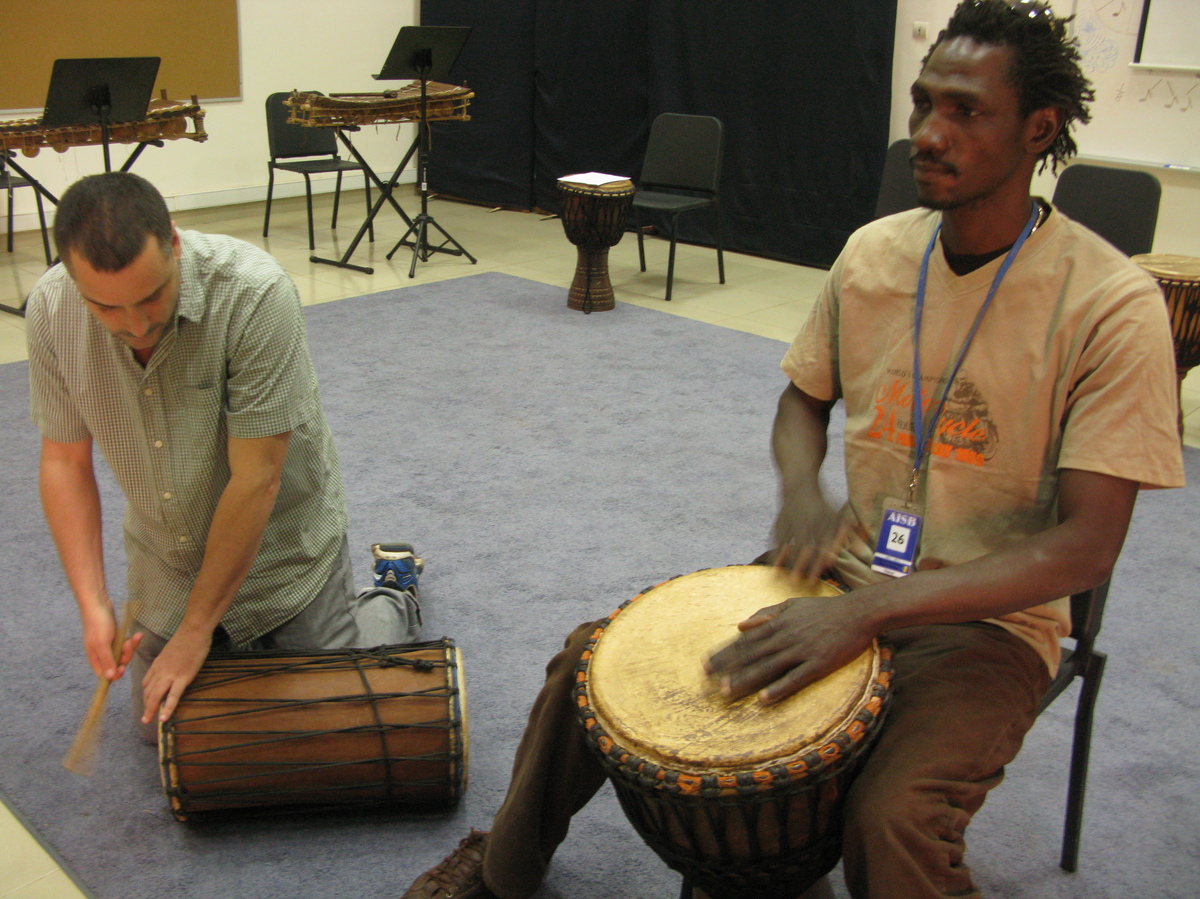 "We're teaching Malian music but specifically Maninka music," Chandler says. "And we're using heptatonic balafons. A balafon is a wooden xylophone, pretty much. It's an African xylophone, but it's wooden, it's hand-carved."

Fousseiny Diallo, 14, has been studying with Chandler for three years.

"The first time I played balafon was in the school, so I like it," Fousseiny says. "I don't feel lonely when I see my friends playing balafon."

Chandler says the wealth of Malian culture makes it a real pleasure to teach his young students. He invites professional Malian musicians — guitarist, arranger and composer Lamine Soumano and drummer Siaka Doumbia — into the classroom to help with lessons.

With the current problems that have shaken Mali to its roots, Chandler says, the idea of mixing the music has added poignancy.

"We always like to experiment with the different musical traditions in Mali," he says. "But you know, this semester it seemed even more relevant that we should really fuse music from the North and from the South, and kind of put that together and focus on the similarities."

It's been a decade since Minnesota-born Chandler, who was raised in Nebraska, left the U.S. and headed to Mali to study music.

"It's interesting. The longer I stay here, I realize that, well, Nebraska is quite similar to Mali in lots of ways, actually," Chandler says. "The river here is the Niger River. I grew up next to the Platte River — mostly agriculture. And around Bamako, it's mostly agriculture. And even though from the outside Mali seems very different, I think what's important is that people are the same everywhere."