Accessibility links
An Exploration Of The Changing Lives Of Women In the coming decade, another 1 billion women will enter the global workforce, with most moving from farms to service jobs. The workplace is changing women — and they are changing the world. 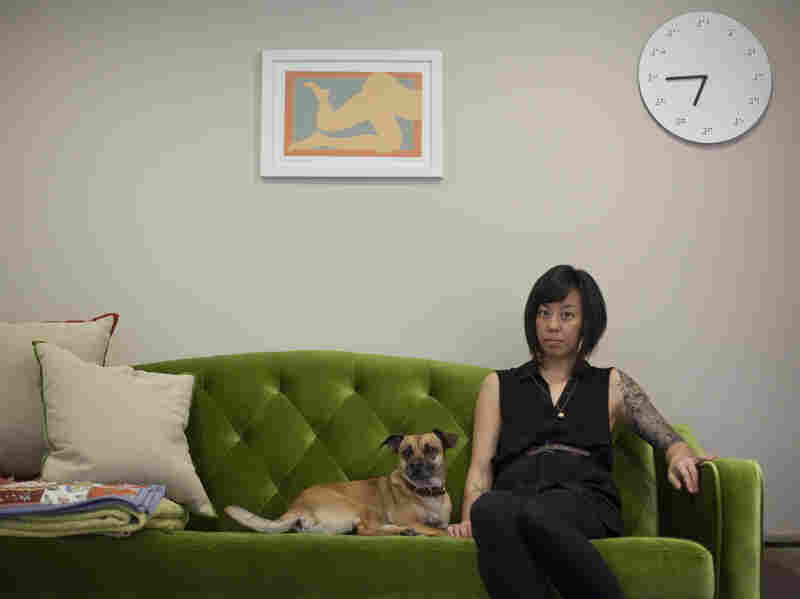 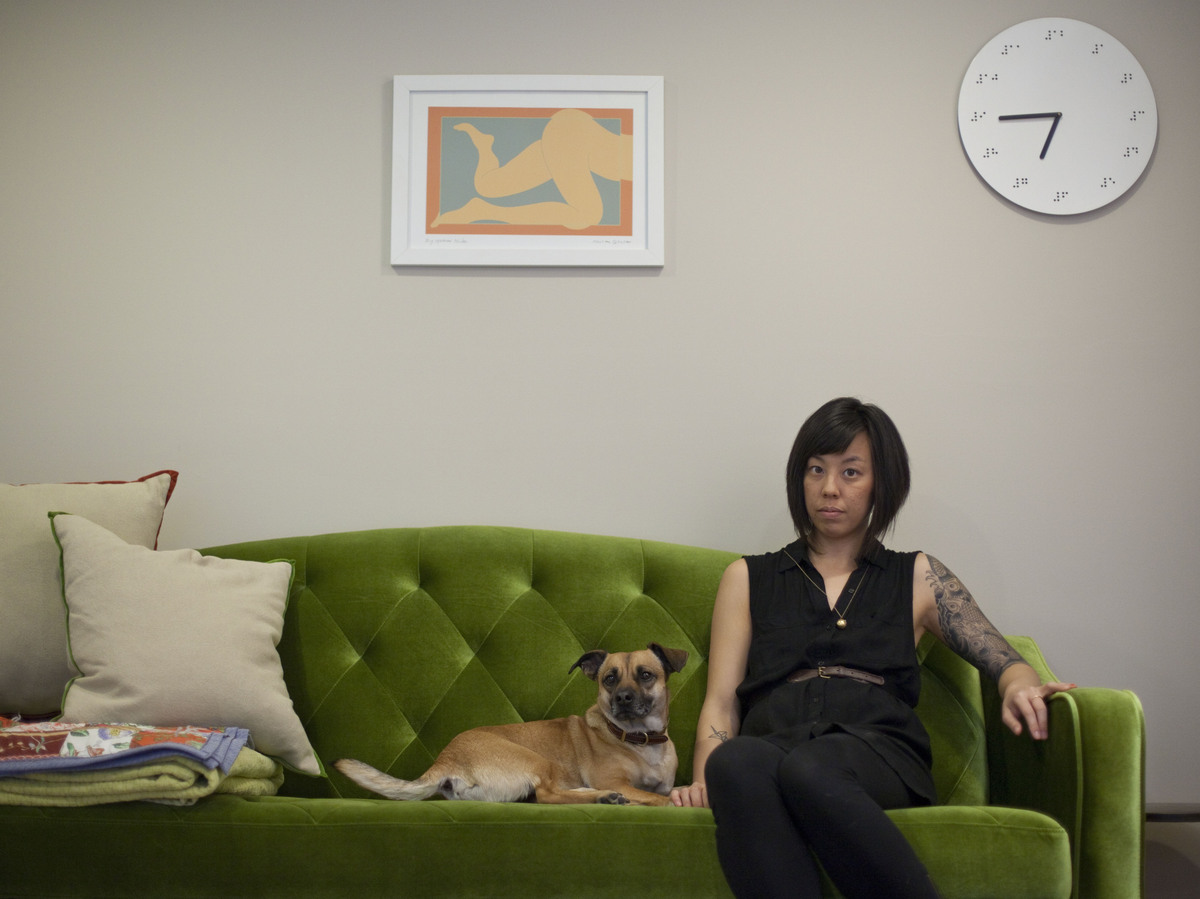 Graphic designer Kaleena Porter sits with her dog, Moby, in the living room of her new home in Washington, D.C.

Many revolutions begin with the sound of explosions and marching boots.

Now, another revolution is shaking up the world, and it's moving forward to the beep of alarm clocks and the clack of heels heading out.

Legions of women around the world are leaving their homes to join the paid labor force. Worldwide, 4 in 10 paid workers are female; in the coming decade, an estimated 1 billion more women will enter the formal workforce, pushing up economic growth.

That's among the most powerful trends shaping our world. As female wage earners gain greater autonomy, they are making decisions that are reshaping personal lives as well as economic trends.

Kaleena Porter, a 26-year-old graphic designer in Washington, D.C., is among those creating a new narrative. Recently, she bought her own home — a move single women rarely made a generation ago. In 1981, about 1 in 10 homes was purchased by a single woman. Now it's 1 in 5 — about twice the rate of single men.

"A lot of things that I never thought I would do — and say I would never do — and then all of a sudden, here I am owning a house, and having a dog, and being grown up," Porter says. "It feels good, actually."

And the changes are taking hold during girls' formative years. In the United States, for example, young women are outstripping their male peers in earning college degrees and pursuing graduate education.

That pattern is repeating itself throughout the developed world. In the wealthier countries that work together in the Organization for Economic Cooperation and Development (OECD), nearly 6 in 10 undergraduate degrees are conferred upon women.

That educational edge hasn't yet translated into full equal stature or pay, but the tide is turning at the top levels of industry in many countries and at the entry level almost everywhere.

"Ten years ago, agriculture was the main employer for women," the U.N.'s International Labour Office says in a recent report. Things have changed quickly. "The services sector now provides the majority of female jobs."

Harvard economic historian Claudia Goldin says future historians probably will look back on this era as one with very uneven progress for women.

"In Korea and Japan — in the blink of an eye — you went from women having very little college education to a lot," she says. Yet in some countries, girls get almost no formal education. Last year in Pakistan, a Taliban terrorist shot teenager Malala Yousafzai for promoting education for girls.

Because some feminists had hoped for more universal progress, "many people would say this is a stalled revolution, but it seems less so to me," says Goldin, who adds that, as a historian, "I take a long-term view." And she sees women's gains picking up steam in the 21st century as new technologies provide greater access to information and jobs.

In coming weeks, NPR reporters will look at gains secured and challenges remaining for women. Our series "The Changing Lives of Women" will offer many stories and interviews from around the world, including:

The series also will involve conversations with women in positions of economic and political power.