Accessibility links
L.A. On B'way: Midler, Mengers Take Manhattan The Divine Miss M has had a colorful career, but even she's not as outsize a personality as larger-than-life Hollywood superagent Sue Mengers, whom she portrays in the new solo show I'll Eat You Last. Midler spoke with NPR's Rachel Martin about the role, her career and her love of classic Hollywood. 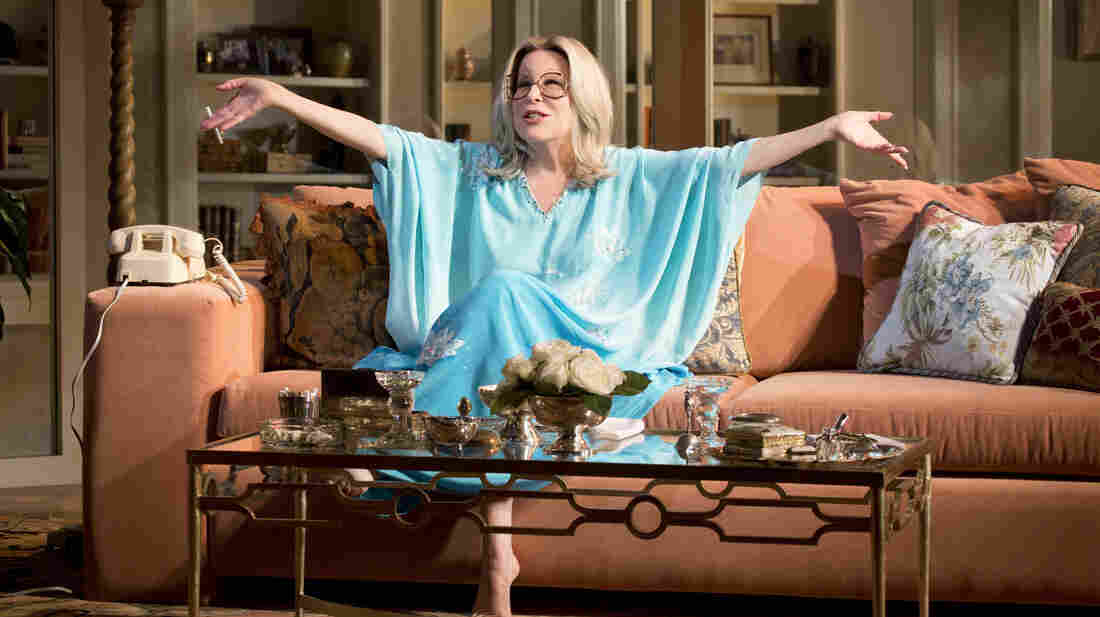 Bette Midler in I'll Eat You Last: A Chat With Sue Mengers. Midler stars as Mengers, a legendary and larger-than-life Hollywood agent whose sharp wit won her both friends and foes in the film industry. Richard Termine/BBBway hide caption

Midler, who was a casual acquaintance of the real-life Hollywood superagent, has had a lengthy career in show business, but she's never had a role quite like the one she takes on in this new production. The show has been running in previews at the intimate Booth Theatre — a jewel box of a house that's been a Broadway home for other brassy ladies, including Bea Arthur and Dame Edna — and opens officially April 24. Midler spoke with NPR's Rachel Martin about Mengers, movies and life in the public eye.

On the real Sue Mengers

"I didn't know her very well, but I had spent some time with her. I'd had dinner and lunch at her house a couple of times, and I'd been in her presence and watched her weave her spells. And she was one of the great characters that ever landed in Hollywood, and I adored her, even though she was actually kind of a terrifying presence, to be honest with you. She was way larger than life, and she was her own woman, and, 'brook no trout,' as my friends always say."

WARNING: These clips contain language that some may find offensive.

"My husband loves a little jiggle."

Getting her client the part.

On creating the Mengers myth

"Well, she was a refugee. She came from Germany, escaping Hitler with her parents. She was a person who learned English through the movies, and she fell in love with movies and movie stars, and I think that was the motivation for everything she did — and for her entire life. She just loved those people; she loved to be around them, she loved to be in their presence, she courted them, she cultivated them, and eventually she wound up doing business for them.

"She wasn't ... I don't wanna say aggressive, but she was a — she was very witty, she was an energetic woman. She was clever, she was a terrific businesswoman. And the thing that brought people to her, most of her stars to her, was her sense of humor. She had a remarkable sense of humor — very, very quick — and she charmed people."

"She was self-destructive at the end. After her husband passed — and he was really the love of her life. I mean, they fought like cats and dogs, but she became the keeper of the flame for this relationship. Really, truly, people said this was the longest suicide in the history of suicides. ... She smoked huge amounts, she smoked dope from morning till night. She ... would not move a muscle. I mean you could not get — she didn't own a pair of sneakers — you couldn't get her to walk around the block!

"My friend and I, we got her to go to a spa, thinking that we would like maybe get her, encourage her to get on a treadmill. No way! She got into that room and she never left the room, not even for meals! And this was a spa that had no room service; I don't know who she bribed to get the room service. 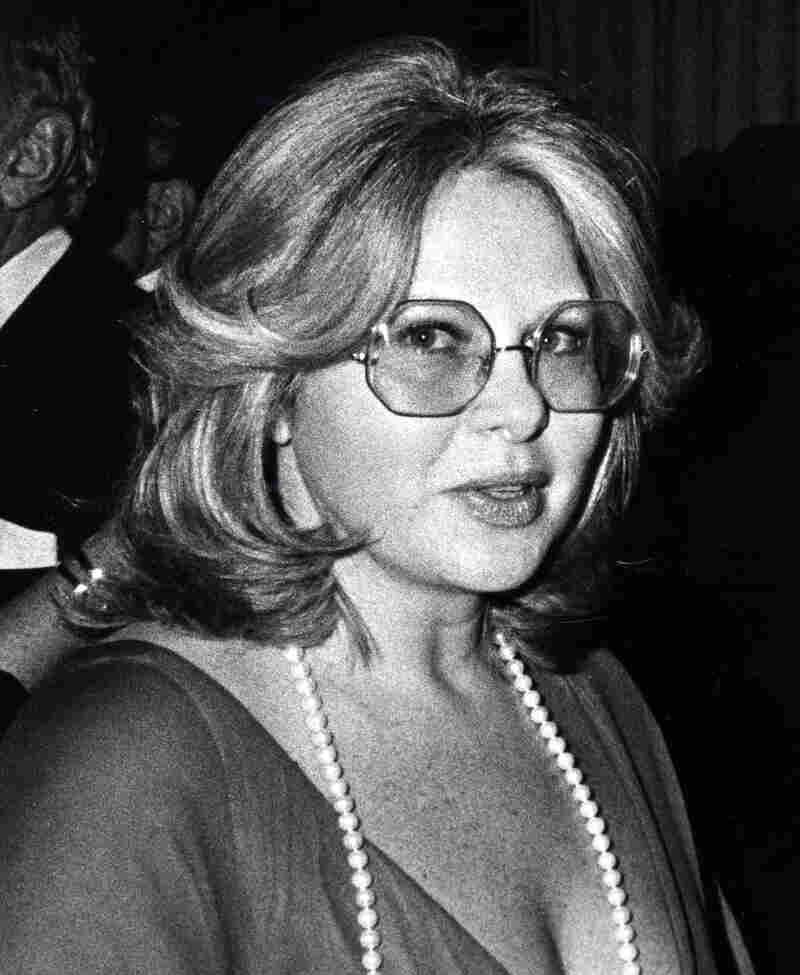 Mengers, who represented stars including Barbra Streisand and Nick Nolte, was "a terrifying presence" — and "one of the great characters that ever landed in Hollywood," Midler says. Ron Galella/WireImage hide caption 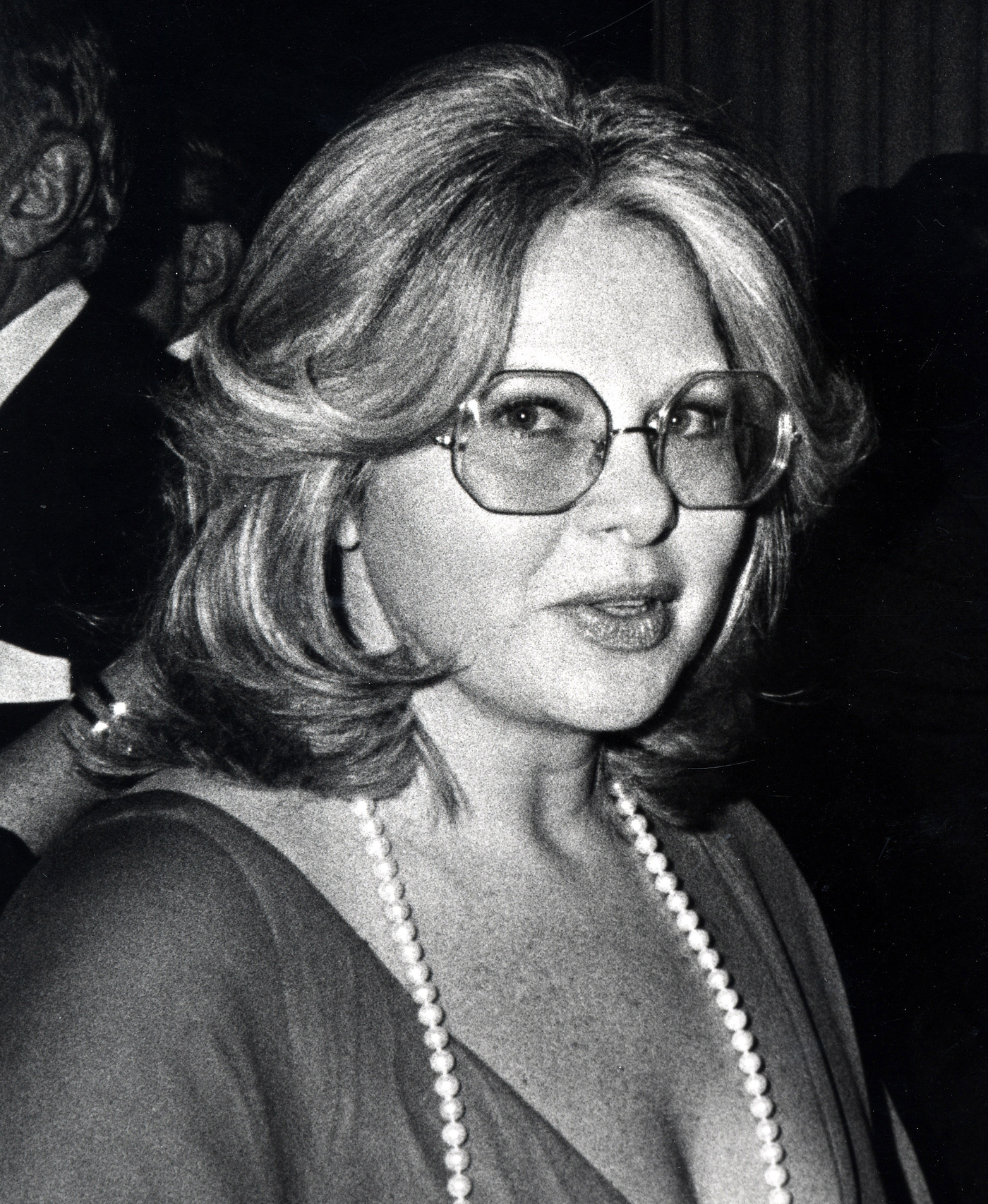 Mengers, who represented stars including Barbra Streisand and Nick Nolte, was "a terrifying presence" — and "one of the great characters that ever landed in Hollywood," Midler says.

On why she felt a connection with the show's subject

"I mean, I'm not quite as wacky as she is — as she was — but I did adore it. And one of my passions was collecting this kind of literature and learning about these, reading about the stories about these kind of — they're not exactly con men, but they're not exactly on the straight, on the up and up, either, you know? They're kind of wily, they're rascally, they're mischievous. ... They'll do anything they can to get what they need, and I kind of have a kind of an admiration for that kind of bravado, for people who pull themselves up. It's very American, in a way."

On her own showbiz staying power

"That's a good question. I think that the main thing that I have going for me that a lot of people never got the memo on, is that I did my own work. I made my own work, I made my own shows, I put them together in a way that made people want to see them. And I wasn't dependent on other people calling and saying, 'We want you for this.' And I mean, I think in the real world there, once you get to a certain age, it starts to shrink, you know. The number of roles starts to shrink.

"And I've always been able to go out and do my own work. ... Make my own records, do my own concerts. And I think that that's what saved me, because being in the public eye — love the public, but gotta say — you know it's not these indelible events in their lives. They fade over time, and so if you don't come back and refresh their memories ... they move on, you know? And so I've always been able to go back to them to say, 'Remember me? Hi! I'm back! Nice to see you! Gee, you got so tall!' So that's been my saving grace."