Accessibility links
Thirsty States Take Water Battle To Supreme Court Texas and Oklahoma are fighting over access to the Red River. Fast-growing Texas is eager to fuel its expansion in a time of drought, while the poorer state of Oklahoma is water-rich. The court's decision could impact interstate water-sharing agreements across the country. 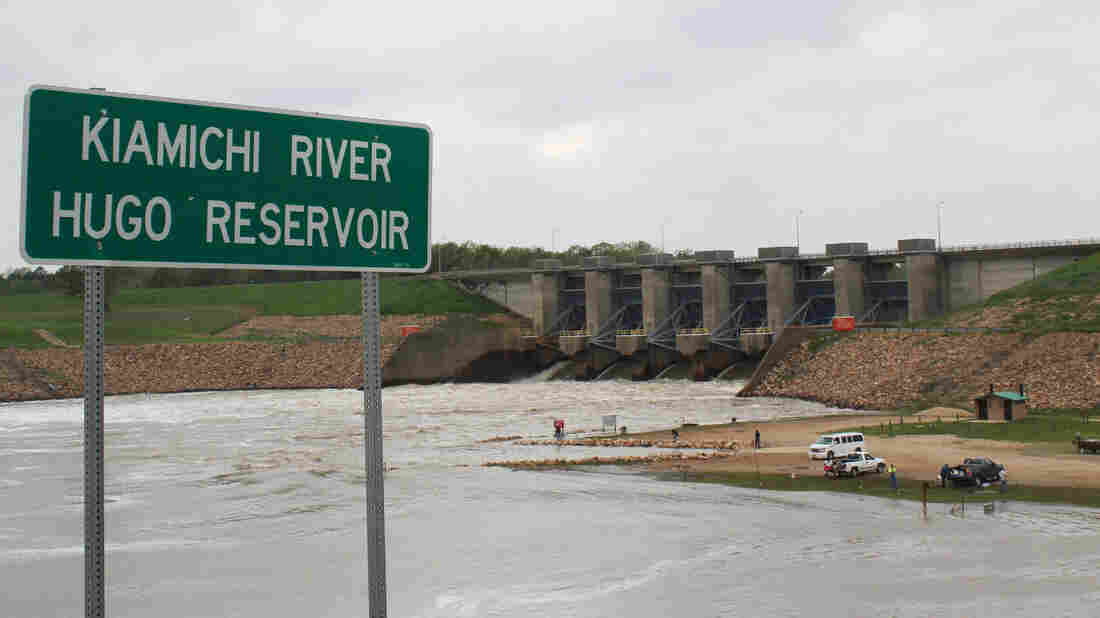 A dispute over Texas' access to the Kiamichi River, which is located in Oklahoma, has started a longer legal battle that is headed to the Supreme Court. Joe Wertz for NPR hide caption 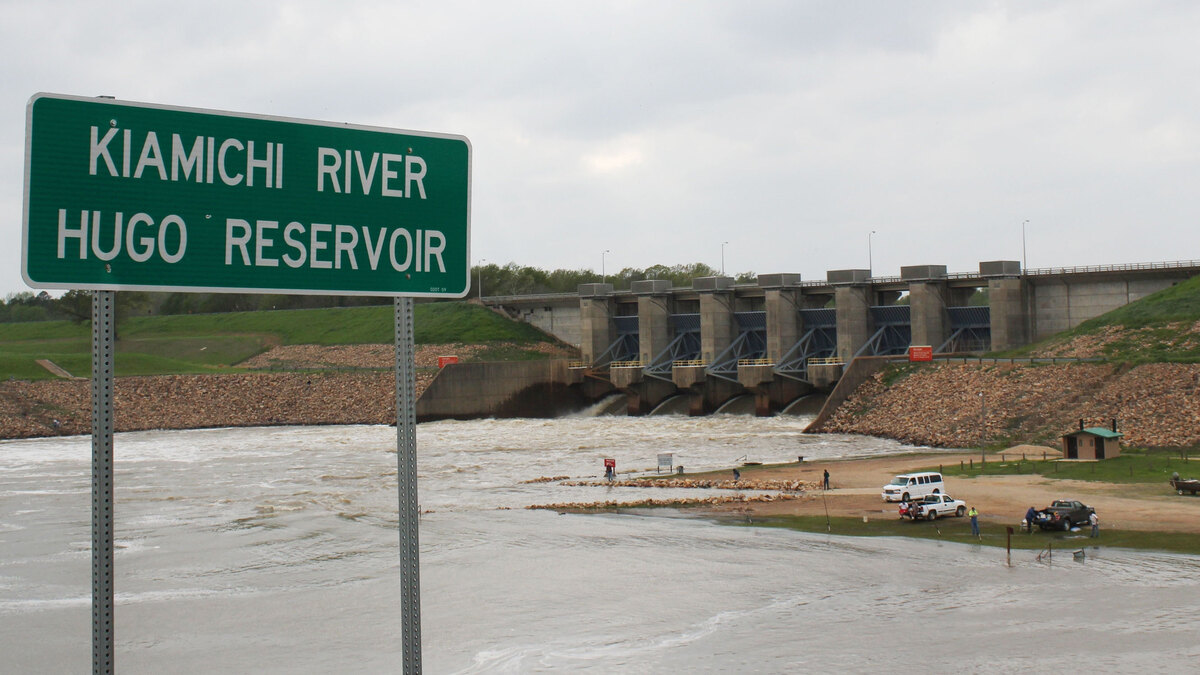 A dispute over Texas' access to the Kiamichi River, which is located in Oklahoma, has started a longer legal battle that is headed to the Supreme Court.

On Tuesday, Oklahoma and Texas will face off in the U.S. Supreme Court. The winner gets water. And this is not a game.

The court will hear oral arguments in the case of Tarrant Regional Water District v. Herrmann, et al. The case pits Oklahoma against Texas over rights to water from the river that forms part of the border between them. Depending on how the court decides, it could impact interstate water-sharing agreements across the country.

Keeping Up With Texas

The future looks bright for this part of Texas, but it also looks dry. Drought has hit Texas particularly hard over the past couple of years. Water officials say the North Texas region's growth is outpacing the water supply nearby.

"All of the locations — watershed locations — close by have been tapped for us," says Linda Christie, government relations director for the Tarrant Regional Water District. The district is the water authority for an 11-county stretch of north Texas that includes Fort Worth. "So now we're going to have to go 200, 300 miles. And most of it would be water that is being pumped uphill."

The Red River, less than 75 miles from Fort Worth, seems like an ideal solution to the Tarrant Water District's problem. It forms the border between Oklahoma and Texas as it flows southeast on its way to the Gulf of Mexico.

Texas and Oklahoma already have a formal agreement on how to share water from the Red River. In 1980, Congress ratified the Red River Compact, giving the two states — along with Arkansas and Louisiana — an equitable apportionment of water from the river and its tributaries.

But what's "equitable" is arguable. And that's what the Supreme Court case is all about.

The Red River lies entirely within the state of Oklahoma. Texas argues that it can't get its share of the Red River watershed from the Texas side of the river, so it needs to reach across the river into southeastern Oklahoma to get it.

Southeastern Oklahoma is the opposite of North Texas. The population is low and poverty is high. The people may be poor, but the land is water-rich, thanks to a confluence of rivers and streams, and reservoirs built with federal funding.

Cities and towns throughout the state rely on this region for their water. Texas has long wanted to dip its straw here, too.

Texas has tried to buy Oklahoma water from the state, its cities and towns, and its Native American tribes. But Oklahoma lawmakers have blocked those efforts with a string of laws restricting out-of-state water exports.

The view in Texas is that Oklahoma isn't even using its full allocation of Red River water. Oklahomans respond that Texas hasn't gotten serious enough about conservation.

Ellis authored some of those protectionist laws that restricted out-of-state water exports. He also distributes bumper stickers he had printed that read, "Don't Sell Oklahoma Water." When it comes to water, Ellis says every state is out for itself, especially in a drought. He doesn't believe Texas will be a good neighbor.

"It's like giving Jack the Ripper a set of hunting knives on his promise to only use them at the dinner table. I'm telling you, right now it's not going to happen," Ellis says.

In 2007 — citing the compact — the Tarrant District sought permission from Oklahoma regulators to tap the Kiamichi River, a Red River tributary located entirely within Oklahoma. Oklahoma said no, arguing that the compact does not supersede the state's own authority over a water resource within its borders. The dispute has been in court ever since.

The lower courts have agreed with Oklahoma so far. But Christie says the Tarrant Water District is encouraged by the Supreme Court's decision to hear the case. And the Obama administration has sided with Texas, too. In a friend-of-the-court brief, the U.S. solicitor general worried about the impact to North Texas' population growth, and argued that the 10th Circuit Court of Appeals improperly assumed Oklahoma's laws preempt the Red River Compact's authority.

State and local policymakers and water authorities throughout the country are closely watching the outcome of the case, says Stephen Draper, a water expert who helped write guidelines for interstate water sharing for the American Society of Civil Engineers. Here's why: The Red River Compact contains a lot of the same boilerplate language used in other state-to-state water sharing agreements.

"It all revolves around the question of whether water is a commodity in and of itself," Draper says.

If Oklahoma's protectionist water laws are upheld, Draper says other states could be inspired to pass similar laws of their own.

Joe Wertz is a reporter for StateImpact Oklahoma. StateImpact is a collaboration between NPR and member stations examining the effect of state policy on people's lives.

The audio of this story, as did a previous Web version, incorrectly says the Red River is fed by Rocky Mountain snowpack.