Accessibility links
Redford: An Entertainer Who Looks To Inform Oscar-winning director and actor Robert Redford is back in theaters with The Company You Keep, a look at aging American counterculture revolutionaries. He spoke with NPR's Robert Siegel about his career, his passion for journalism and how a thoughtful teacher helped encourage him. 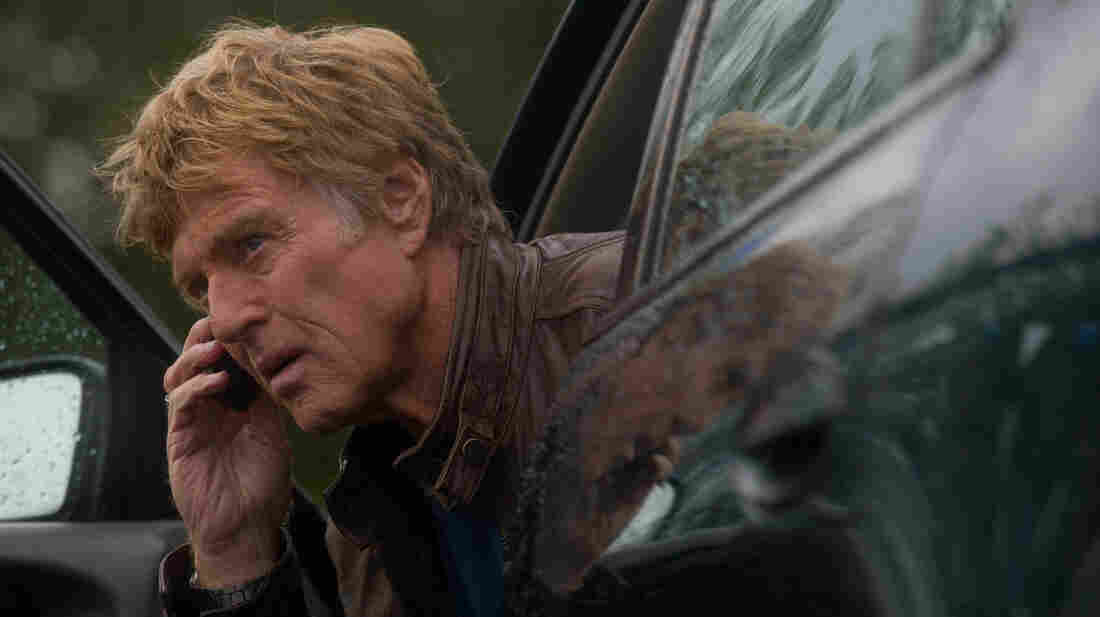 Robert Redford directs and stars as Jim Grant in The Company You Keep, a film about retired radicals living out nervous lives in hiding. Doane Gregory/Sony Pictures Classics hide caption

'Clearly You Have Some Kind Of An Agenda'

Robert Redford's new movie, The Company You Keep, draws on a turbulent time in recent history: Forty years ago, there was a violent faction of SDS, the Students for a Democratic Society, that was known as the Weather Underground. It turned from organizing marches and sit-ins against the war in Vietnam to planting bombs — and in one case robbing a bank truck and killing a guard.

Several members of the group eventually went underground and built new lives — sometimes very conventional lives — under false identities. Over the years, some were found out, while others turned themselves in.

In The Company You Keep, Redford's character, Jim Grant, is a suburban lawyer in upstate New York, a man with a past. The actor-director joined NPR's Robert Siegel to talk about his childhood, his love of journalism and how a third-grade teacher encouraged him to start telling stories.

On his relationship with and love of journalism

"It's an important subject, because I think it's an important profession. I [hold] journalism in the highest regard — almost to the point of almost taking it personally — because it's so hard to get to the truth these days ... ever since the democratization that the Internet provided. ...

"Since that time, [with] so many voices out there — not all of them to be trusted, they're just loud — it's hard for the public, people like myself to find, 'Where's the truth?' "

On this film's attitude toward political radicals

"The film is not about them. It's about now; it's about living without your own name, your own identity; and the feeling is that eventually you can't. I do have a big interest in anarchy, and I realized that there have been many, many moments in our history where there's been those attempts to break the mold of convention, or what have you, but they they always seem to crash before they reach their height.

"That is what interested me, because it usually has to do with ego. And because the intention, as it starts, is right; they wanna say, 'Hey, wait a minute, we don't believe in this Vietnam War, we wanna have a voice, we're young people.' I'm all onboard with that. They then said — 'cause the film says this — they felt they had to then bring the war home, which led to violence, which led to the beginning of the end for that movement. That's what interested me. And how it affected the people involved now."

On the kinds of movies he likes to make

"Times change; Hollywood is not the same as it was when I first entered the business. It felt to me like it was starting to narrow down and centralize itself around what would ... make money.

"I just felt the films that I liked might get thrown away, so I committed to doing whatever I could — that's how Sundance started — to give a chance to those kinds of voices that would continue to make those films.

"All of the films that I've made are about the country I live in and grew up in. ... And I think if you're going to put an artist's eye to it, you're going to put a critical eye to it. I've always been interested in the gray area that exists between the black and white, or the red and blue, and that's where complexity lies.

On why gray areas can produce a good film

"They just say, 'Can you have so-and-so in it, because we have a budget for it'; they say they're looking for commercial hooks. ... I don't blame them for it. I mean so am I; I mean, you don't wanna make a movie that's gonna be left in a closet somewhere. You wanna make a movie that's gonna reach an audience; it is the entertainment business, and we are obligated I think to entertain. I just am attracted to the idea of entertaining, but also maybe informing in a way [where] you ask someone to look at something differently, or maybe ask a question. That appeals to me, but that's not for everybody."

On a childhood of pessimism, creativity and distraction

"It has to do with being raised in a environment, and a feeling that no matter what you did, there was always gonna be some kind of dark cloud hovering over the whole process. A doubt. By the way, I don't accept that anymore.

"I remember my dad came from Ireland and Scotland, and so he carried with him the fear of poverty. So when I wanted to break loose, it kind of made him very nervous.

"In the third grade — I was a terrible student most of my life, because my mind was always out the window wondering about other things. But I drew, from the time I was about 4 or 5 years old. That was how I amused myself. But it was underneath the table, you know, on my knee.

"And so this teacher caught me one day. She forced me to come up in front of the class and show what was more important than listening to the lesson.

"So what happened was, the class was interested in it. And she saw that. Instead of putting me down, she made a deal. She said, 'We'll put an easel up here, and every Wednesday we'll give you 15 minutes, and you can come draw a story for us — but then you gotta pay attention.'

"Now had that not happened, I would have been humiliated. It probably would have knocked me down to not trust that impulse that I had. Sometimes — I don't know about you — but maybe one or two [encouragements] in your life is all you need to spur you forward, rather than have you collapse."