Accessibility links
Changes Help San Diego Homeless, But Long Road Remains Ahead Advocates for the people living on the city's streets were very skeptical two years ago that much could be done. But some substantial progress has been made since then. Now, as new people turn to the streets, can the county still help? 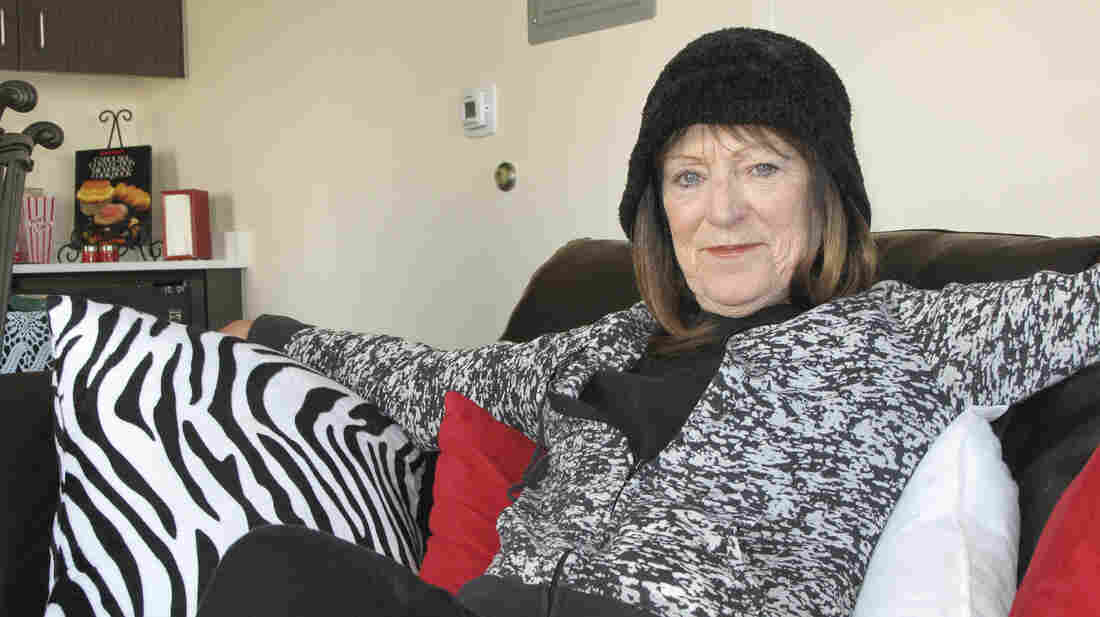 Wanda Rayborn, 63, was homeless for nine years and was living under a tree in downtown San Diego two years ago. She now lives in a newly renovated efficiency apartment — part of an initiative to help get homeless people off the streets. Pam Fessler/NPR hide caption 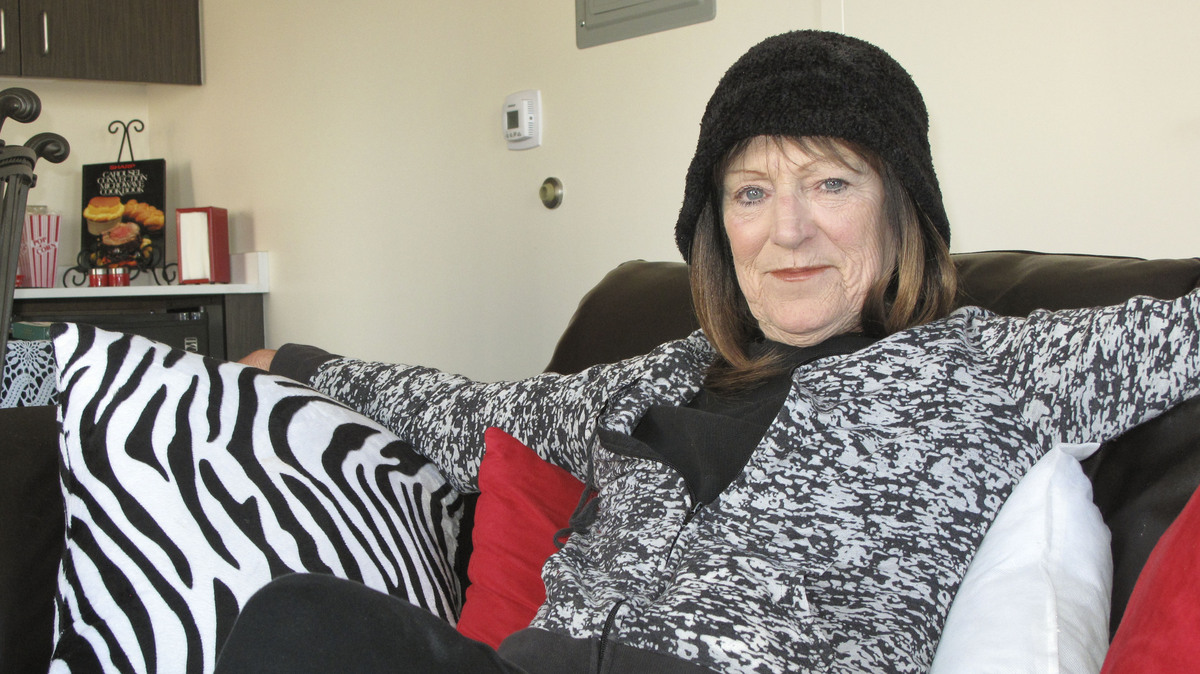 Wanda Rayborn, 63, was homeless for nine years and was living under a tree in downtown San Diego two years ago. She now lives in a newly renovated efficiency apartment — part of an initiative to help get homeless people off the streets.

Two years ago, we reported on an ambitious campaign to end homelessness in downtown San Diego, a city with one of the largest homeless populations in the nation. The effort involved an unprecedented coalition of business leaders, community groups and government agencies.

At the time, some advocates for the homeless — after years of seeing other, failed efforts to get people off city streets — were skeptical that the campaign would amount to much.

Bob McElroy, head of Alpha Project, which provides services to the city's homeless population, said this: "We could solve the problem. We're not allowed to do that because of the politics."

This month, we returned to San Diego to see how the campaign is going and found that a lot has changed over the past two years.

Perhaps nothing shows the progress of the campaign more than the story of Wanda Rayborn, a 63-year-old woman who was homeless for nine years and was living under a tree in downtown San Diego two years ago.

Today, she has an efficiency apartment in a newly renovated high-rise building a few blocks away. The apartment is meticulously decorated in black and white with splashes of red, like something out of a home store catalog.

She has accent pillows on a used leather couch she got for $40 at a thrift store. There are potted plants, a daybed covered in stuffed animals and a metal dog that has the word "welcome" written on the side.

Campaign Aims To Open Doors For The Homeless

"I guess I wanted to make it really feel, you know, home," says Rayborn, who was initially reluctant to move inside, but is now glad she did.

Two years ago, the facility where Rayborn lives was just being talked about by the coalition to end homelessness downtown. Now the building, called Connections Housing, houses 223 people who used to live on city streets. It provides health care, counseling and other services for the homeless.

The city has also renovated a nearby hotel to house mentally disabled adults who are at risk of homelessness. Similar projects are in the works. Housing has also been provided for hundreds of other homeless residents with the use of federal housing vouchers — especially for veterans.

So today, Bob McElroy, president and CEO of Alpha Project, has a whole new outlook on efforts to reduce homelessness in the city. "I'm kind of in shock still. I wish this had happened 20 years ago. We'd have been somewhere," he says. "I haven't seen this political will in 26 years."

McElroy says, this year, for the first time ever, he didn't have to fight city hall to set up a temporary tent to house about 1,000 homeless men and women over the winter months. Even more amazingly, he says, the mayor and city council have agreed to keep the shelter — which was scheduled to close April 1 — open an additional three months.

I'm kind of in shock still. I wish this had happened 20 years ago. We'd have been somewhere. I haven't seen this political will in 26 years.

McElroy says there's been a political sea change in San Diego since November.

"The mayor came down here uninvited, before he was even elected, and is hanging out with folks," says McElroy, sitting in the tent. "Bronywn [Ingram], his fiancé, has been down here every weekend."

Mayor Bob Filner, a Democrat, and Ingram both have said that ending homelessness is a top priority.

Ingram says that she's found out a lot about the issue by spending time talking to homeless people about their problems.

"What I decided to do right after the election is to just go out onto the streets and start learning," she says. "I needed to learn. And that's how you can make little connections here and there that start to make a difference."

And people say Ingram has made a difference. She pushed to have a veterans shelter opened to female vets for the first time, and she helped to secure storage bins where the homeless can keep their belongings. She's also given people here hope that more will be done to help those living on the streets. 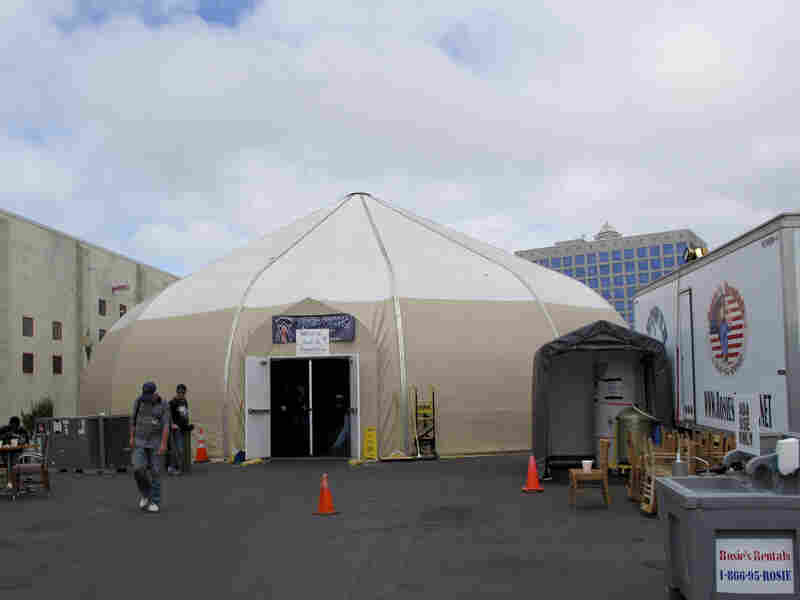 The use of the temporary winter shelter — which was scheduled to close April 1 — has been extended for another three months by San Diego Mayor Bob Filner and the city council. Pam Fessler/NPR hide caption 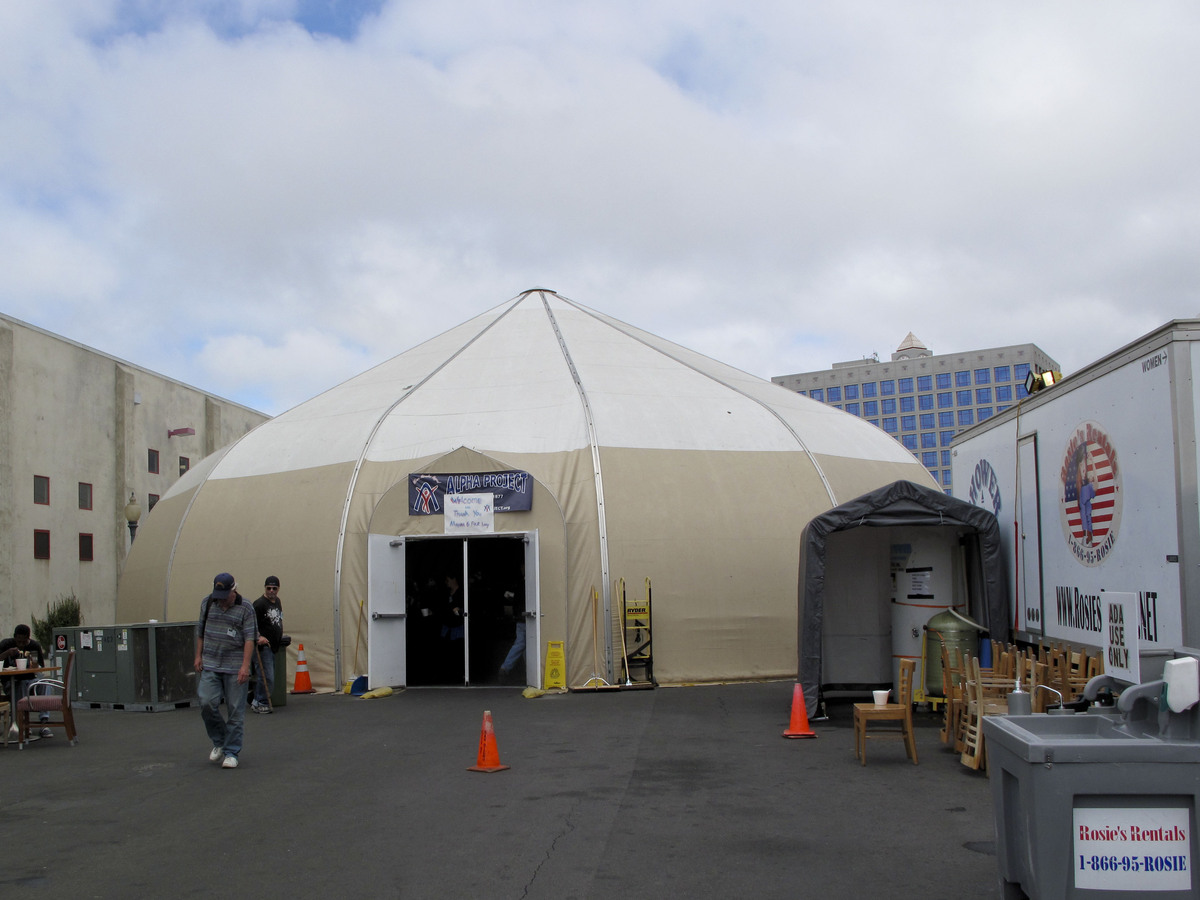 The use of the temporary winter shelter — which was scheduled to close April 1 — has been extended for another three months by San Diego Mayor Bob Filner and the city council.

That's the good news. The bad news is that even though more than 600 people have been housed through the San Diego campaign so far, the city's homeless population continues to grow.

Activist David Ross is widely known in San Diego as Waterman Dave. He goes out nightly, handing out bottles of water to the homeless and is their fiercest advocate. He notes that there are still more than 6,000 homeless people in the city.

"There's still people laying out here," he says. "Has there been any changes? There's been a lot of conversation about changes that might happen."

Ross notes that there are more homeless people moving into the city, including veterans coming back from Iraq and Afghanistan who have no place to go and many medical problems.

Indeed, some city sidewalks are lined with makeshift tents and sleeping bags. Four latrines that serve the homeless are overflowing with excrement and soiled clothes.

City leaders say they realize there's still a big problem. They hope what they've done so far — reducing homelessness downtown — can be replicated around the city.

But that might be wishful thinking. State and federal funds used for the $38 million facility where Wanda Rayborn lives are no longer available because of budget cuts.

Among those who recently toured the building were local law enforcement officials worried about a new challenge: thousands of inmates being released from California's overcrowded prison system.

"Those people coming out of prison don't necessarily have a home," says Bonnie Dumanis, San Diego County's district attorney. "It's their last address. But their family may not want them when they've been in prison."

And that means, just as San Diego is making some progress, it might have to deal with a whole new set of people living on the streets.