Accessibility links
Book Review: 'Snapper,' By Brian Kimberling A grad student with a temp job surveying bird populations finds his way to adulthood in a series of linked stories. Filled with quirky characters and offbeat humor, Brian Kimberling's Snapper is a love letter to the wilds of Indiana.

A Bird-Watching Babe In The Woods Stumbles Toward Maturity

A Bird-Watching Babe In The Woods Stumbles Toward Maturity 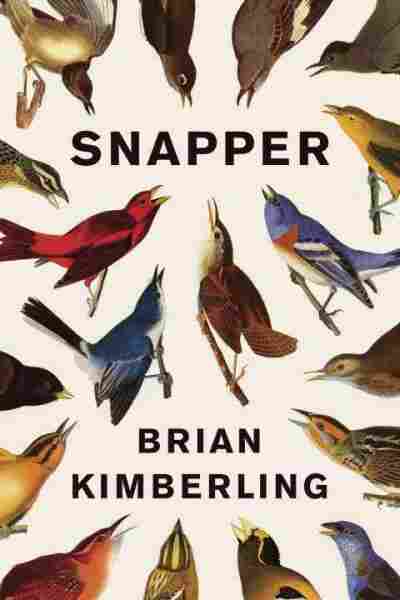 Oh no, I thought, cracking open Brian Kimberling's debut novel, Snapper. It's a collection of linked stories. Starring an aimless birdwatcher. Who drives an ancient, glitter-encrusted pickup truck named Gypsy Moth and has a grand passion for an honest-to-God Manic Pixie Dream Girl with red hair, floaty dresses, a flute and a killer pancake recipe. And her name is Lola. Lola! I was braced for a thorough beat-down with the dreaded Whimsy Hammer.

But then the book ... unfolded, like a flower bud in hot tea. Lola has a life of her own, and it doesn't take her where you think at first she's going (unless you've read Lolita, and then — small spoiler here — a parallel or two might spring to mind). The people you meet in Snapper all defy expectations in their own ways, for good or ill. Nathan the birdwatcher; his friend Shane the poet; proudly Texan Uncle Dart, with his politically incorrect yard sign; even Maud, who owns the beat-up chrome diner in Santa Claus, Ind., and invites passing truckers to answer the letters children send ("I suppose most letters to Santa wind up in the dead letter office," Nathan muses, "but these were smart kids, dedicated kids: They looked him up. They figured Santa would never stay at the North Pole when he could move to a real wasteland."). All of them have enough edge, enough complexity, enough true quirk to spring alive from the page.

Snapper is a love letter to the state of Indiana, especially its woods and wilder corners. Nathan stumbles into his bird-watching career, but discovers an unexpected talent for it and a love for the songbirds he spends his days tracking. He learns to name the pines, pin oaks and sycamores — then carves Lola's name into them to obliterate the marks the Forest Service leaves to indicate which trees are to be felled. 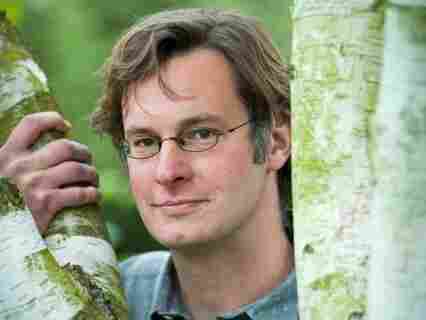 Brian Kimberling is an Indiana native who studied songbirds at Indiana University — an experience central to the writing of Snapper. Benedict Brain hide caption

Kimberling's language can occasionally veer off into faux-folksy territory — at one point he describes an Indiana tornado as God's spinach bowl, if God were a toddler who didn't like spinach. But those missteps are rare, and for the most part Kimberling makes you feel as if you too were sitting under a railroad trestle on a summer's day drinking beer with Nathan and Lola, or doing unwise things with a snapping turtle in a stripper pit. "I doubt anyone outside Southern Indiana knows what a stripper pit is," Nathan explains. "People think I'm talking about Thong Thursdays at Fast Eddie's." But really, a stripper pit is a man-made lake left behind by a strip-mining operation. "This is sometimes embarrassing for me in conversation, if I say I spent many happy adolescent hours there."

Nathan, when the reader first meets him, isn't much past those happy adolescent hours. He's a graduate student bumbling through the woods, literally and metaphorically, and even when he's talking about his group of friends starting to grow up, you feel the urge to pinch his cheek. "The Brotherhood grew out of the Secret Ninja Coalition," he says at one point. "We reached an age when calling one another by codenames became embarrassing. It was not, however, embarrassing to leave a pair of cigarettes crossed beneath the windshield wiper of a friend's car you came across at the riverside or the mall."

But time passes as surely and relentlessly as gravel barges rolling down the Ohio River, and eventually Nathan grows up for real. In our last glimpse of him he's a married man, soon to be a father, taking his new wife on a valedictory tour through Indiana (and his checkered past). It's a complex and bittersweet scene, but — like all of Snapper — still comfortable and familiar as a favorite recliner. Sit down and stay awhile.