Accessibility links
Routine On U.S. Racetracks, Horse Doping Is Banned In Europe The Americans and the Europeans have different approaches to horse racing, and one key split is over the question of doping. While many drugs are allowed in the U.S., they are banned in European racing. 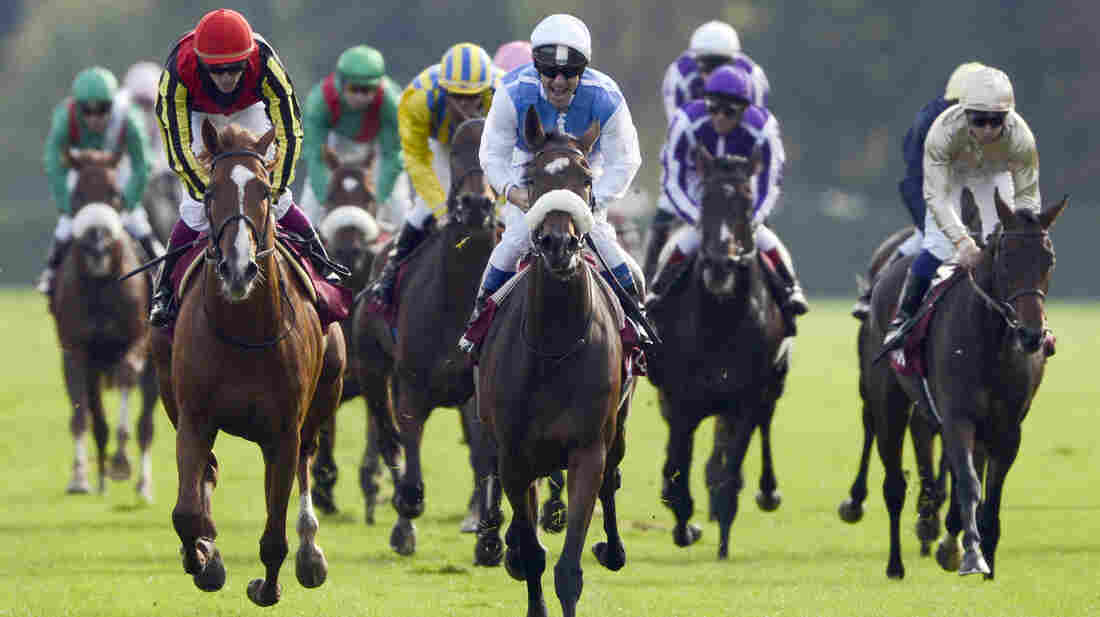 French jockey Olivier Peslier celebrates a win at Longchamps racecourse near Paris in 2012. While many drugs can legally be used on horses in U.S. racing, they are barred in Europe. Fred Dufour /AFP/Getty Images hide caption 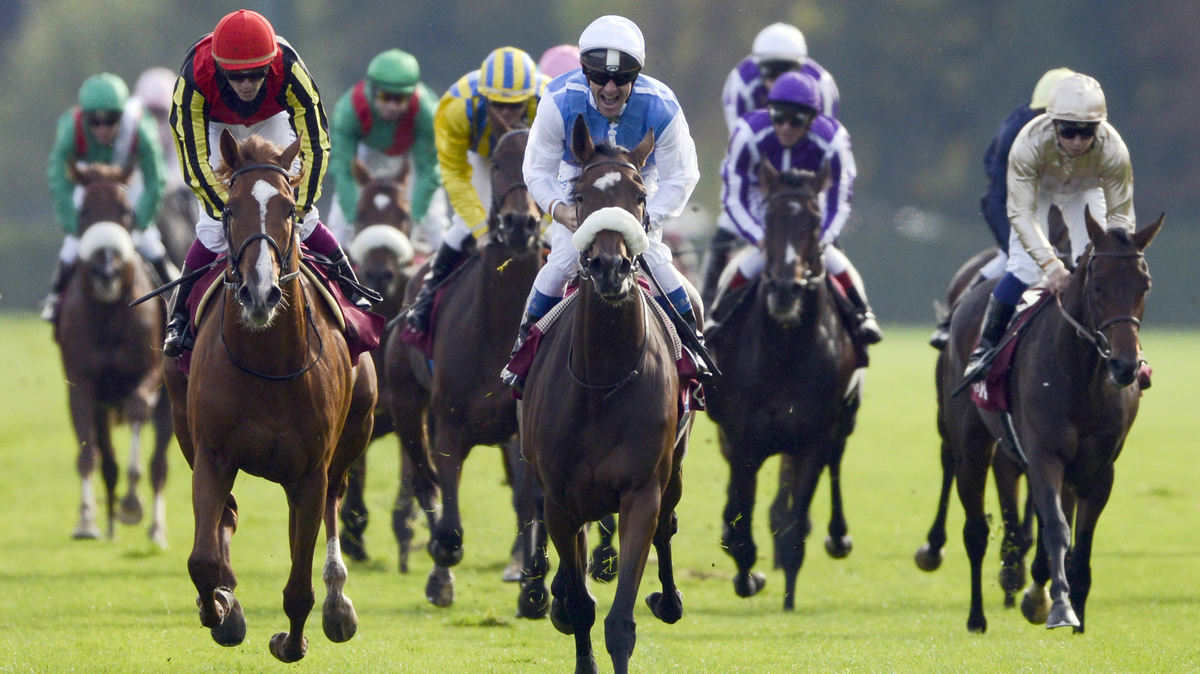 French jockey Olivier Peslier celebrates a win at Longchamps racecourse near Paris in 2012. While many drugs can legally be used on horses in U.S. racing, they are barred in Europe.

At the famous Hippodrome de Longchamp just outside of Paris this month, crowds came to cheer and bet on the sleek thoroughbreds that opened horse racing season by galloping down the verdant turf course.

Horse racing in Europe is different from the sport in the U.S., from the shape and surface of the track to race distances and the season itself. Another big difference is doping.

Drugs are not allowed in European horse races. But in America, they aren't just legal, they're widely used — particularly furosemide, better known as Lasix. The drug helps prevent horses' lungs from bleeding during races. 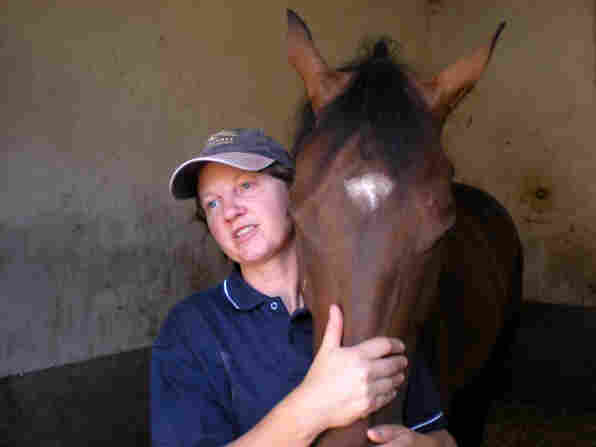 Gina Rarick, an American horse trainer who works in France, says U.S. horse racing is out of step with the rest of the world. Eleanor Beardsley /NPR hide caption 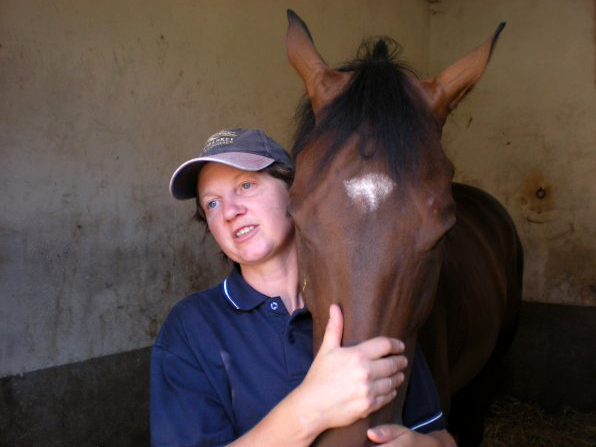 Gina Rarick, an American horse trainer who works in France, says U.S. horse racing is out of step with the rest of the world.

Gina Rarick, an American horse trainer in France, is grooming a horse at her stables in Maison Lafitte, lush horse country west of Paris. Rarick feels the practice of administering Lasix is ruining the sport in America.

"Every horse in America starts his day with a shot or two in the neck. I'm sorry, but it's wrong. It's just wrong." she says. "The Americans ... have these horror stories about, 'Oh, if we don't use Lasix they're gonna bleed to death and drop in front of people.' ... It's ridiculous. We don't use Lasix in the rest of the world."

Last month, the American horse Animal Kingdom, winner of the 2011 Kentucky Derby, had a two-length win at the Dubai World Cup. That victory, Rarick says, shows that a horse can run without Lasix.

"If you give a horse a shot of Lasix and then watch what happens, he'll start to pee, and pee, and pee. ... [It] gives the [phrase] 'piss like a racehorse' a whole new meaning," she says. "He will lose ... 30 pounds of body weight in fluids. ... It's a tremendously powerful drug." 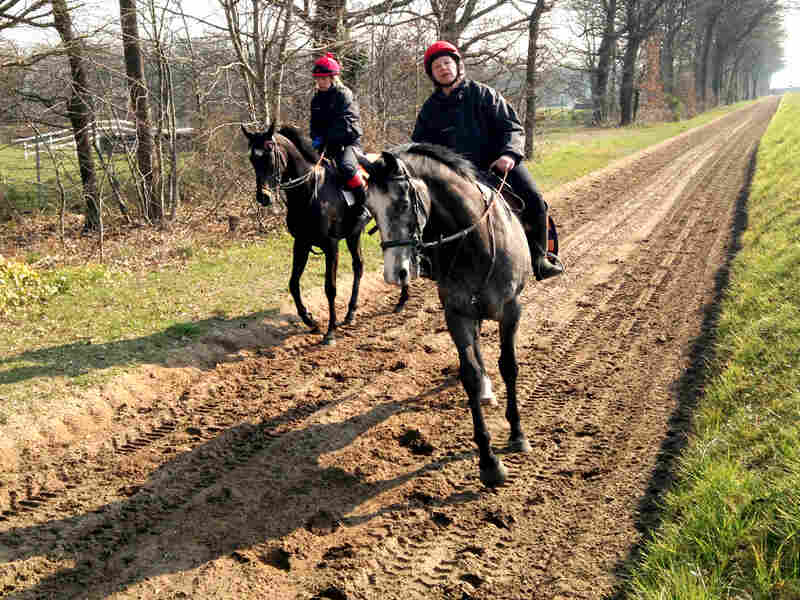 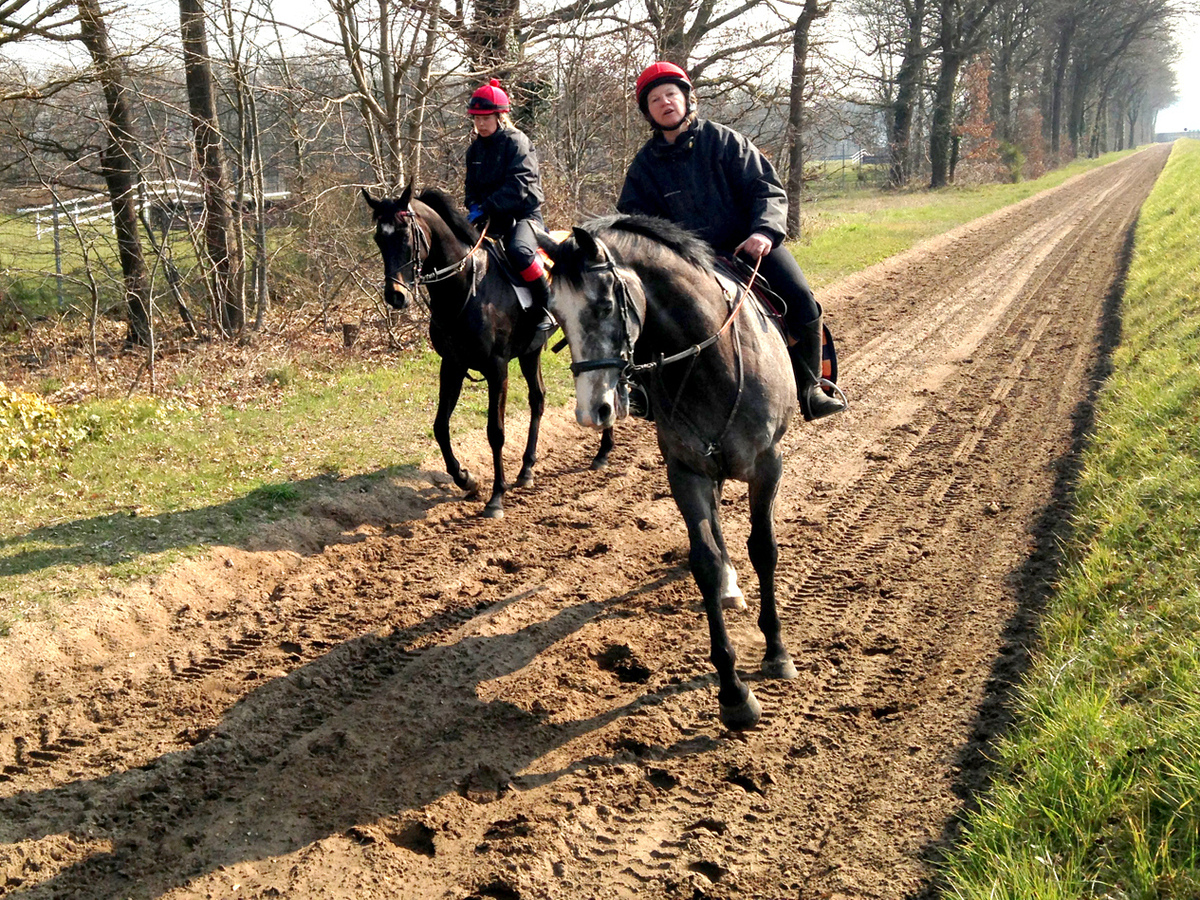 Rarick rides on practice tracks at Maison Lafitte, the lush horse country west of Paris where she trains.

Horses are then so dehydrated after the race, she says, that other drugs are needed to help them recover. She describes it as a vicious circle.

While Animal Kingdom won the Dubai Classic clean, he raced on Lasix when he won the 2011 Kentucky Derby. In fact, there are 14 medications allowed in America's top horse race, Rarick says. Critics argue that those legal drugs help mask a raft of illegal substances.

Barry Irwin, Animal Kingdom's owner, wants the use of drugs in American racing stopped. He says 95 percent of American racehorses are being medicated for a problem that affects only about 5 percent.

"I'm more interested in not having any drugs in racing at all, so that everybody can play on a level field and we can be more in line with international sport," Irwin says. "All other sports are getting rid of medication, and we're stubbornly hanging on to one drug."

Veteran thoroughbred trainer Dale Romans disagrees. He believes using Lasix is the right thing to do and says horse racing in the rest of the world should catch up with the U.S. — and modern science.

"A lot of people don't realize we have this problem," Romans says, "because they don't see it. They don't come back to the barn with the horse. They don't see blood running out of their nose. They don't see ... that they're bled inside and it causes lung infections. So we have an inexpensive medication to prevent it from happening and I think we should use it. I think the horse should be put first."

Tom Ludt, outgoing chairman of the board of directors of the Breeders' Cup, says the issue of medication in the U.S. horse racing culture is extremely complicated.

"It's very hard for us to compare racing here and in Europe because they run a different style, they run mainly on turf and they take many more seasonal breaks," Ludt says. "We're much more commercialized here. If you look at what the horses run for in purse money in Europe versus here, it's crazy. They run for nothing, except in a very few races."

The use of Lasix and other race-day drugs has created two worlds of horse racing: the U.S. and everywhere else. Rarick says she wishes that weren't so.

"It would be nice to have an ambition of one day getting a horse good enough to run the Breeders' Cup or win the Kentucky Derby," Rarick says. "But that's not my ambition at all because I could never run under those conditions. If they make it drug-free, yes, that would be a dream to go back and one day compete in one of the races I used to watch as a kid growing up."

But for now, Rarick says, she's more than happy to stay in the European racing world.