Accessibility links
Book Review: 'Equilateral,' By Ken Kalfus Ken Kalfus' new novel about an astronomer obsessed with attracting the attention of Martians appears at first to be an homage to the scientific romances of H.G. Wells and the lost-world sagas of H. Rider Haggard. As the novel develops, however, its unique social commentaries emerge. 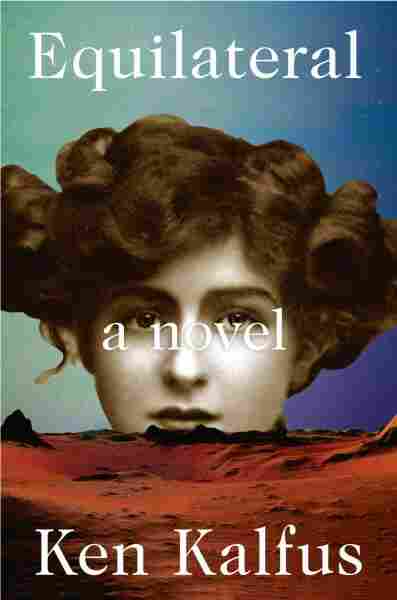 Equilateral is a weird little novel, but any reader familiar with Ken Kalfus expects his writing to go off-road. Kalfus wrote one of the best and certainly the least sentimental novels about New York City post-9/11. I loved A Disorder Peculiar to the Country, but I stopped assigning it to students in my New York lit class because they were usually turned off by its black humor and lack of uplift. Equilateral doesn't run that same risk of being in bad taste as social commentary because, at first, it doesn't seem to have anything to do with current events. In its early chapters especially, the novel "merely" appears to be a spare valentine to the "scientific romances" of H.G. Wells and, perhaps, the "lost world" sagas of H. Rider Haggard.

The real-life premise is this: In the late 19th century, astronomers spotted what they thought were canals on Mars. Many of those astronomers theorized that, therefore, there must be life on the red planet. Kalfus' fictional astronomer, Sanford Thayer, is an Englishman who's obsessed with the dream of contacting the Martians. Thayer has launched an internationally funded project to carve out an enormous equilateral triangle — 300 miles to each side — in the Western deserts of Egypt. Once it's dug out, the triangle will be filled with petroleum. Here's how Kalfus' somewhat pompous omniscient narrator describes the rest of the plan:

"[S]ometime before dawn on June 17, 1894, at the moment of Earth's most favorable position in the Martian sky, the petroleum pooled in the trenches on each Side of the Equilateral will be ignited simultaneously, launching a Flare from the Earth's darkened limb that across millions of miles of empty space will petition for man's membership in the fraternity of planetary civilizations."

Throughout the opening chapters of his novel, Kalfus is so captivated by his own fictional fantasy of that giant triangular 19th century greeting card flashing into space that he's content to just elaborate on the details. He describes how 900,000 native workers toil deep in what Thayer calls "the Great Sand Sea"; those workers are under strict command not to deviate one inch in their digging lest the Martians mistakenly think that a geometrically imprecise triangle is a natural, rather than a man-made, phenomenon. That's why, when the workers stumble upon the tip of a buried pyramid as they're digging a 40-foot trench on one side of the Equilateral, Thayer orders them to bury the pyramid again and pour the pitch over it. At this point, we readers begin to catch on that Thayer, in the fine literary tradition of Englishmen abroad, has stayed out in the midday sun too long. 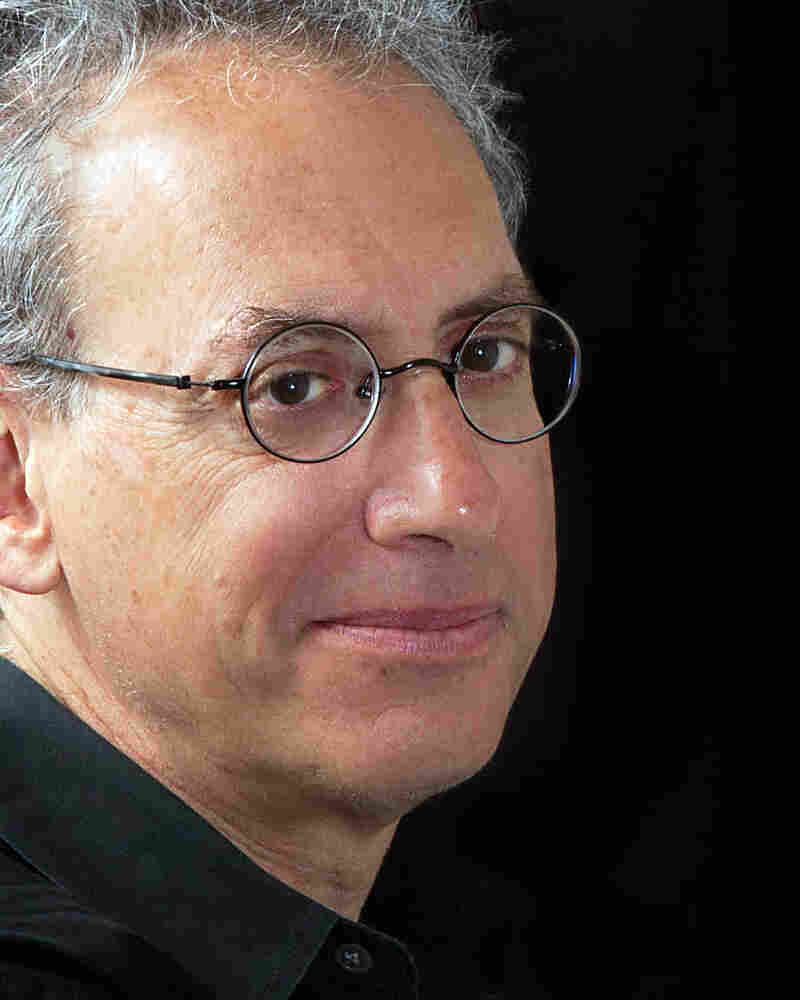 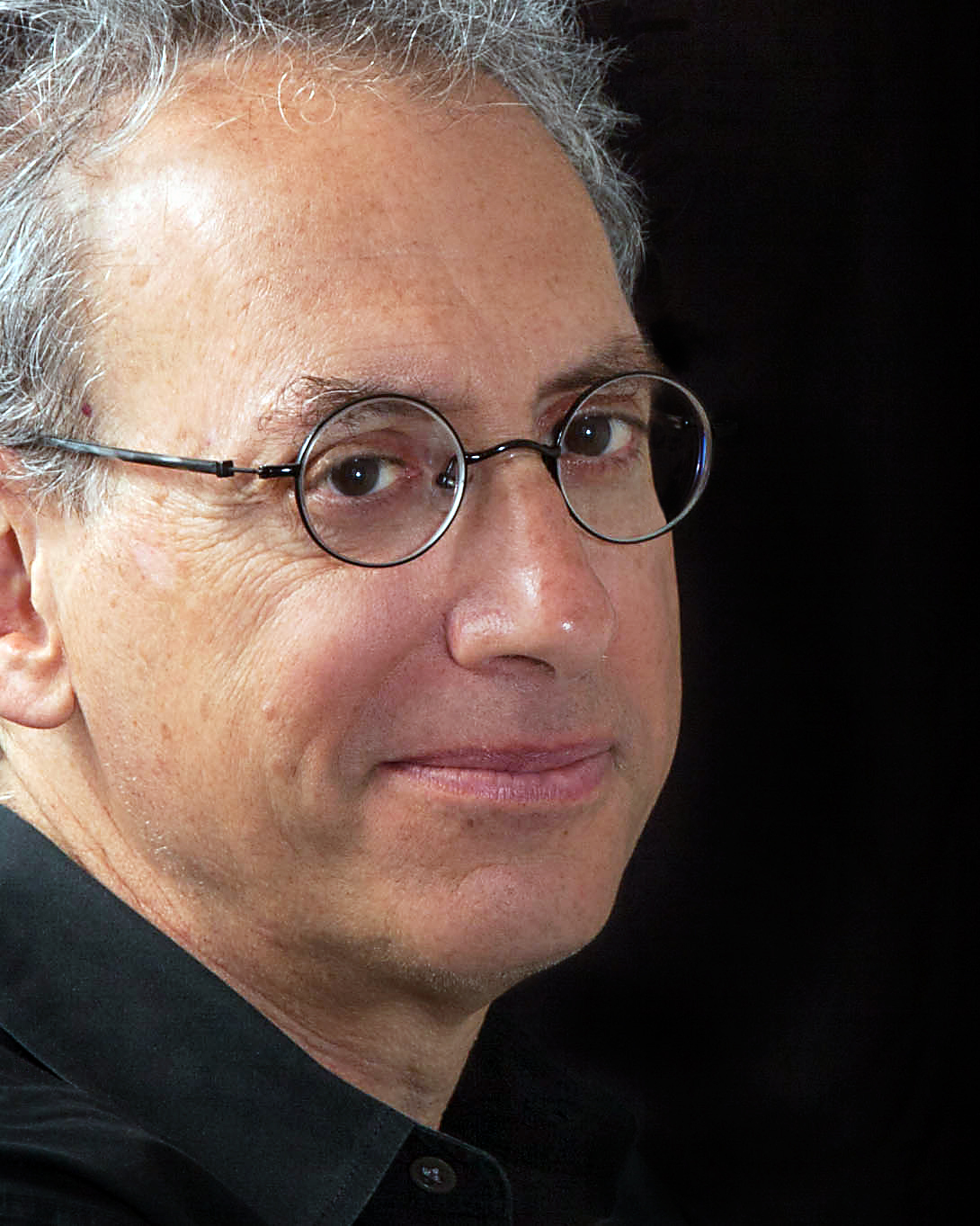 Ken Kalfus is an American journalist and novelist.

The great lure of Kalfus' kooky novel, at first, lies in its central premise: The book even contains diagrams to help readers visualize the growing triangle and the astronomical glide of Mars and Earth relative to the sun. We feel the blistering heat and the invasiveness of little "daggered" grains of sand that scratch the eyepieces of Thayer's telescopes, even when they're carefully packed away in Chinese cedar cabinets. Given that this is a novel preoccupied with geometrical design, it makes sense that the main characters here — Thayer, his lovelorn secretary, his solicitous native servant, and the practical British engineer on the project — drift closer and further from each other in shifting triangulated alliances. But halfway through this little book, a more ambitious theme begins emerging. Without giving the startling particulars away, I'll just say that violence erupts in the desert, stirring up a veritable sandstorm of troubling philosophical questions, all of them having to do with whether or not we Earthlings even have the right to think of ourselves as embodying "intelligent life."

Like Thayer's enormous triangle, the Big Idea underlying Equilateral the novel isn't illuminated until nearly its completion. It's a pretty neat trick for a novelist to pull off, to obscure the fact that what at first looks like an intricate fantasy novel actually contains pointed social commentary. When Kalfus finally strikes that match, we readers finally see the light.

Read an excerpt of Equilateral