Accessibility links
How About You Be The Decider George W. Bush opens his presidential library this week in Dallas, where an interactive game gives visitors a taste of presidential decision-making. From one angle, Decision Points Theater is a cool learning tool. From another, it raises the question: Could an American president benefit from crowdsourcing?

How About You Be The Decider

How About You Be The Decider 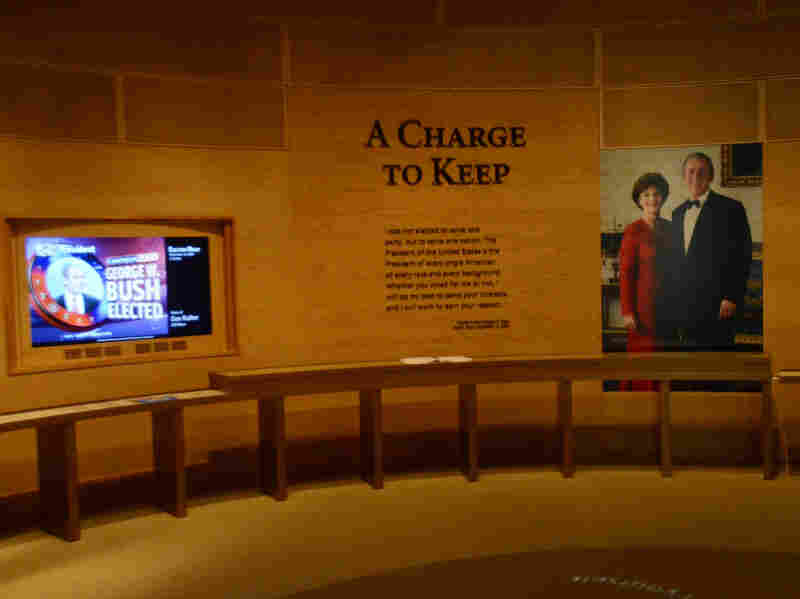 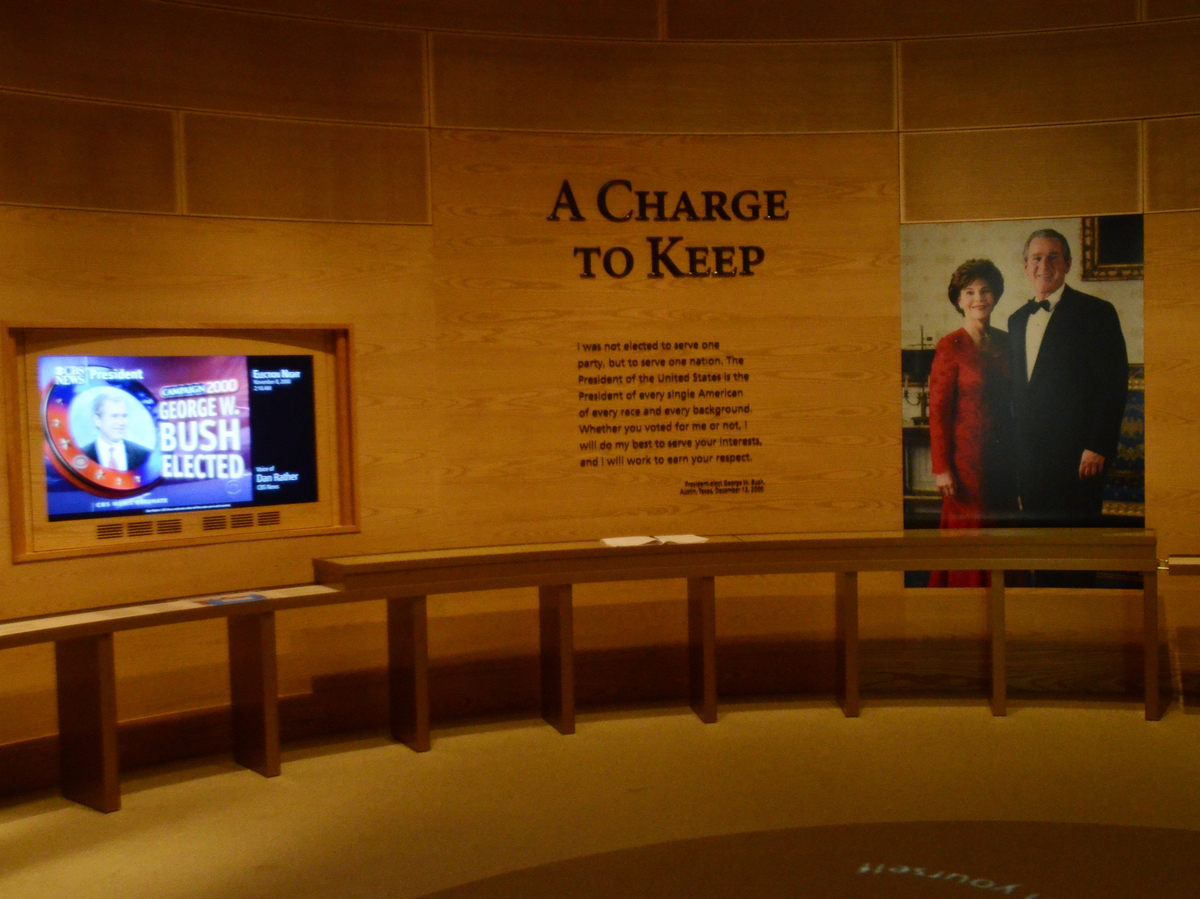 You think you're so smart. You think it's easy being the president of the United States. OK, pal — here's your chance.

One of the attractions of the new George W. Bush Presidential Library and Museum in Dallas — scheduled to be dedicated on Thursday — is Decision Points Theater, an interactive experience. The venue allows visitors to participate in a simplified simulation of the presidential decision-making process.

According to the New York Times, the theater works this way: An audience of up to two dozen folks is confronted with a dire situation — such as the invasion of Iraq or Hurricane Katrina. They have four minutes to gather advice from video sources, then they vote on the appropriate action. After the pluralistic decision is revealed, a video of The Decider, former President Bush himself, explains the decision he made at the time.

It will be fascinating to see — over time — how members of the audience agree or disagree with Bush's historic decisions in this game-show approach to the presidency. From one angle, this is a cool tool for learning history. From another angle, it raises a question: Could an American president benefit from crowdsourcing?

Tanja Aitamurto is a visiting researcher at the Center on Democracy, Development and the Rule of Law at Stanford University. She is also the author of the 2012 book — commissioned by the Finnish Parliament — Crowdsourcing for Democracy: New Era in Policy-Making.

Crowdsourcing is defined as "trying to find a way of completing a task ... by asking a wide range of people or organizations if they can help, typically by using the Internet" ... (read more).

In her book, Aitamurto points to the increasing role of crowdsourcing in policymaking around the world — from constitutional reform in Iceland to a participatory budget process in Canada.

The deliberative process used in the Decision Points Theater at the Bush library, she says, is more of an online opinion poll than true crowdsourcing. If America wants to employ crowdsourcing in key presidential decisions, she says, "we could have a deliberative method in which the public would propose solutions to the problems the president is solving. Then the public would discuss the problems in a networked process."

But would it be feasible to use such a method to make critical choices? Bob Garfield, co-author of Can't Buy Me Like: How Authentic Customer Connections Drive Superior Results, says crowdsourcing does have "the advantage of tapping the collective imagination for unexpected solutions and for consensus. That's why nobody ever individually guesses how many marbles are in the jar, but the crowd average always nails it."

The wisdom of the crowd, says Garfield, who also co-hosts NPR's On the Media, "can trump the expertise of an inner circle."

And these days, presidents have access to an immense amount of open-source — and proprietary — information that they can factor in to any choices they have to make. "Presidents do have more than enough data on polling and public opinion," says presidential historian Julian Zelizer at Princeton University. "If they want to know where the public is on a given issue, they can have access to that information. We also have elections, midterms and presidential elections that provide more evidence about what the public is thinking."

What we look for in a strong leader, says Zelizer, "is someone who can evaluate all of this data and then use it to make an informed decision. But other factors come into play, including some that might push a president toward very unpopular decisions. The challenges that a president face are much greater than deciding who the next 'American Idol' should be. ... Public opinion can only be part of the mix."

When it comes to President Bush and the decision-making process, Zelizer says, "the bigger question is not whether he knew what public opinion was, but how much he valued it in his decisions."

In the end there were many issues "where he simply did not think it was best to follow what a majority of the public wanted, particularly with Iraq," Zelizer says. "Given that he made this calculation, much will rest on how those policies turn out in the long run and whether they justify his going against what a majority wanted."

So what can we learn from Decision Points Theater?

"I love the library's idea of 'What would you do?' " says Garfield. "It allows for the idea that Bush made historically bad decisions." And perhaps some good ones.

"It is not a substitute, however, for leadership," Garfield adds. "In that sense, the premise is faulty. We don't elect presidents to do what we'd do."

Hmmm, What Should We Crowdsource?

Crowdsourcing — a term coined in 2006 in Wired magazine — is defined by Macmillan as "trying to find a way of completing a task, a solution to a problem, etc. by asking a wide range of people or organizations if they can help, typically by using the Internet."

But long before it was a word, the act of crowdsourcing was a way to make decisions and get things done. Mark Twain's Tom Sawyer used a form of crowdsourcing to whitewash his fence. Gallup opinion polls — crafted by a company founded in 1935 — represent another kind of crowdsourcing. The notion came to TV in shows such as Family Feud ("Survey says ... "), Who Wants to Be a Millionaire? and American Idol.

With the proliferation of the Internet, crowdsourcing, crowd funding and crowd creativity have become widespread ways of getting things done — from choosing a new beer recipe to searching for the Boston Marathon bombers to underwriting the making of a movie. A whole crowd of companies has been created.

But here's a question for the group: What should we think about crowdsourcing? Does it work? Yes or no?