Accessibility links
Ryan Lochte And The Easy Life Of The Professional Public Dummy Ryan Lochte has a new reality show in which he embraces the role of the public dummy. Given the fact that he has 11 Olympic medals, does this mean being a public hero has become too much of a drag?

Ryan Lochte And The Easy Life Of The Professional Public Dummy

Ryan Lochte And The Easy Life Of The Professional Public Dummy 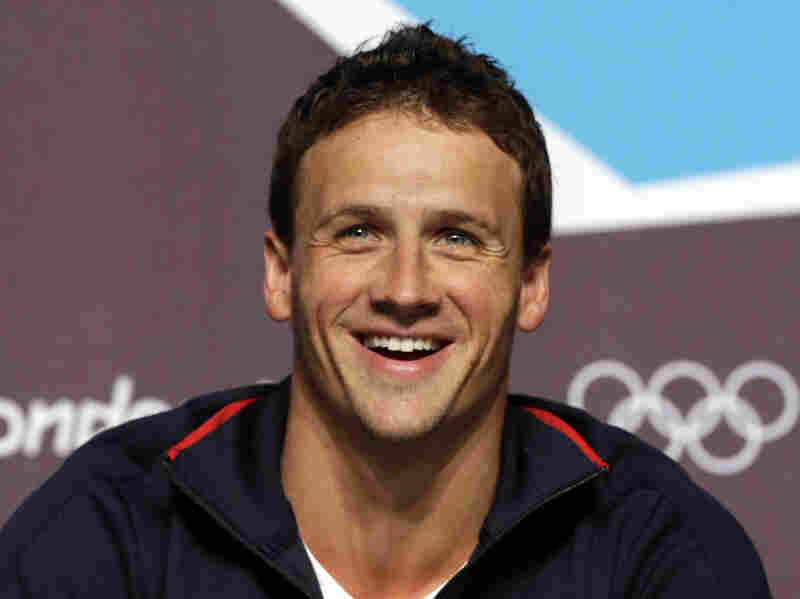 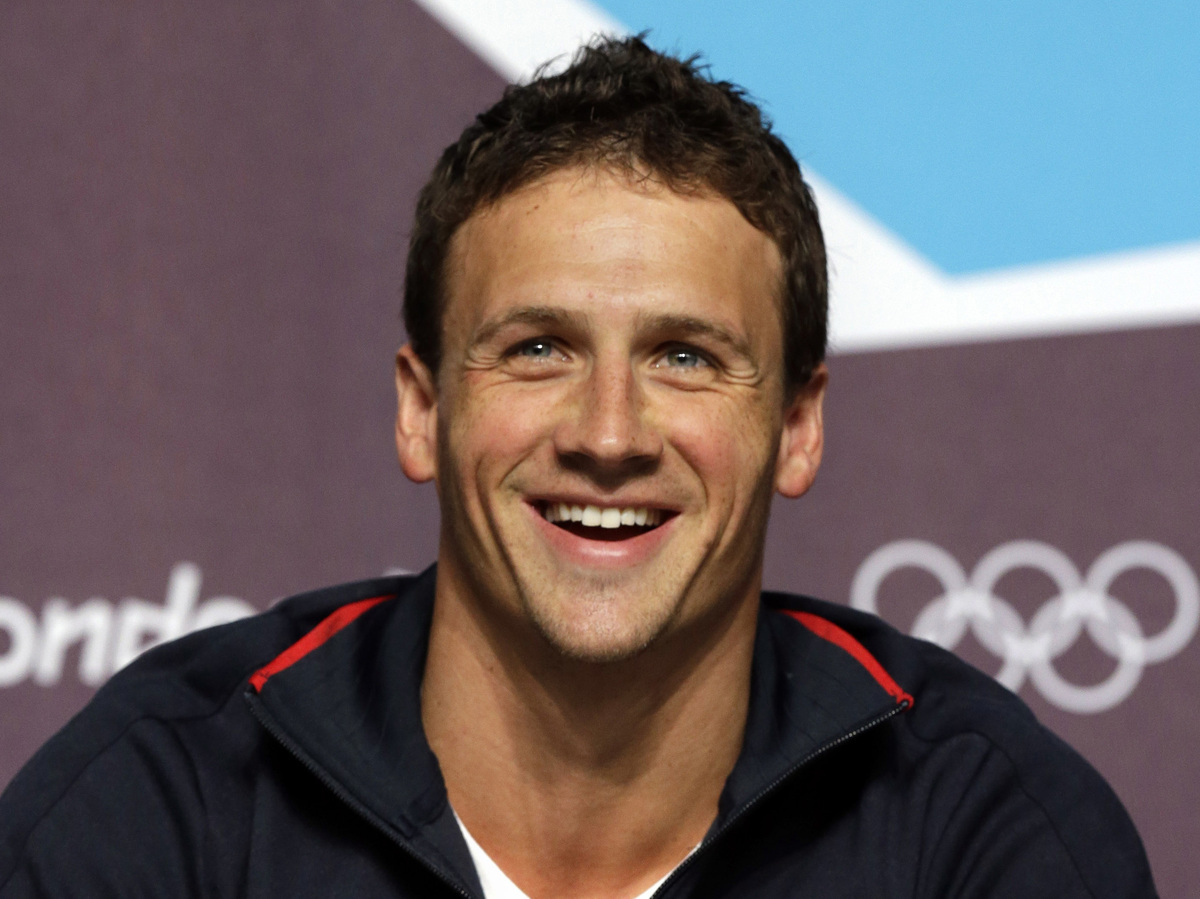 Ryan Lochte, seen here during the London Olympics in 2012, has a new reality show on E!.

Let's back up. Specifically, let's back up to the summer of 2012, when swimmer Ryan Lochte won five Olympic medals to bring his lifetime total to 11. Prior to that time, Lochte had endorsement deals and was already making millions of dollars from them, but as Forbes explained, he wanted to use the Olympics to get out of Michael Phelps' shadow. His agent salivated about what would follow if he "[blew] Michael Phelps out of the water." And while he didn't do that, he did beat Phelps in their first head-to-head competition, in which Phelps didn't medal, and he did go on to achieve the "household name" status he (and his people) apparently wanted.

Fast forward to this week, when E! debuted the half-hour reality show What Would Ryan Lochte Do?, which trades on the joke (beginning with its very title) that nobody in their right mind would follow Ryan Lochte's advice about anything.

It is a show that presents Lochte as a professional public dummy. The way he looks on this show is sort of the way the embarrassing Facebook pictures from someone's past would look if they all got together and came to life in the present. His mouth is saying "Jeah!", but his eyes are saying, "Whuh?"

Now, do not misunderstand: that doesn't make Ryan Lochte an actual dummy. It may make him incredibly savvy. Professional public dummies are not necessarily dummies in fact, any more than professional public heroes — let's say Lance Armstrong, for instance — are heroes in fact. Let's posit several things: Lochte loves his family, he's incredibly dedicated to swimming, he doesn't seem to be hurting anyone, and he seems to be happy and healthy.

But on the show, the television version of Ryan Lochte is great big dummy. That's the thing he's doing, entertainment-wise. He fumbles for words, stammers, laughs in the huh-huh-huh way we do not typically associate with geniuses, and at one point in the premiere, he provides his producers with the cheap reality equivalent of being the only journalist to capture live film of the Hindenburg explosion: he asks with bafflement what the word "douchebag" means. As you can imagine, bits of his behavior on film follow.

We've had professional public dummies for quite some time now, but in most cases, they've been perceived as desperate: has-beens, no-talents, people who are famous for being famous. We've had the comfort of believing that given the choice, people will prefer the public face of a hero whether it fits them or not. Whatever we think of the Kardashians, we aren't faced with the knowledge that at some point, they consciously chose their current path over one equally prominent but more noble.

But Ryan Lochte presumably had some choices. He was an 11-time medalist. He beat Michael Phelps. He's good-looking if you like a delicate balance of cocker-spaniel-eager and bassett-hound-sleepy, and all swimmers are extra TV-ready because they have such great arms and shoulders. He could have chosen the path of the professional public hero, writing a motivational book here and pumping up his endorsements there, headlining charity events and getting into a nice high-profile dating situation with a respectable indie musician or something.

But no. Ryan Lochte told The Hollywood Reporter this month that he has a role model, and her name is Kim Kardashian.

Now, this is in part a guy simply playing to his strengths. He certainly doesn't appear on camera to be someone who was going to be the next great swimming analyst, or even the next Ryan Seacrest. In part, he's working with what he has. In fact, he's great at this. He gives great interviews in which his professional public dummyhood literally reduces news anchors to tears.

But it's hard not to wonder whether he's also responding to what a giant drag it is to be a professional public hero when you can make just as much money being a dummy. When you're a hero, your path is almost inevitably one that will at some point lead you to a mundane show of frailty that will be massively blown out of proportion until you offer a lame apology no one really believes you mean and many don't believe you actually owe — and that's if you're lucky. If you're not lucky, you'll be doggedly followed until you really screw up, and then you get to do the full-on weepy apology tour while everyone blames you for the fact that kids don't say "sir" and "ma'am" anymore.

Why bother, right? Perhaps the people who would have been (rightly or wrongly) built up in order to be knocked down now realize that it's just as easy to skip the rise and the fall and go straight to the reality show. And maybe from a position of pure personal advantage, that's a reasonable choice to make. Maybe public admiration is so costly now and so unpleasant that even Olympic medalists, the most obvious candidates we have for our most maudlin expressions of rah-rah heroism, figure it's not worth it.

This way, Lochte can do what he wants. He could take home three strippers after drinking until he personally threw up the remains of 16 Heinekens onto a public sidewalk, and the only controversy would be over whether to include it in the episode promos or leave it as a surprise. He doesn't have to worry about what his mother says about his one-night stands, because he says it himself, to a camera, on television.

Maybe it's easier this way. Decline the pedestal, and that way, nobody tries to knock you off.