Accessibility links
Mississippi River's Many 'Parents' Look To Unify The Mississippi's stakeholders met recently to discuss the river's pressing needs, any common ground and how to speak with one voice in advocating for the nation's largest river system. Currently, the river has what one stakeholder calls "800 parents" — and that leaves the river an orphan. 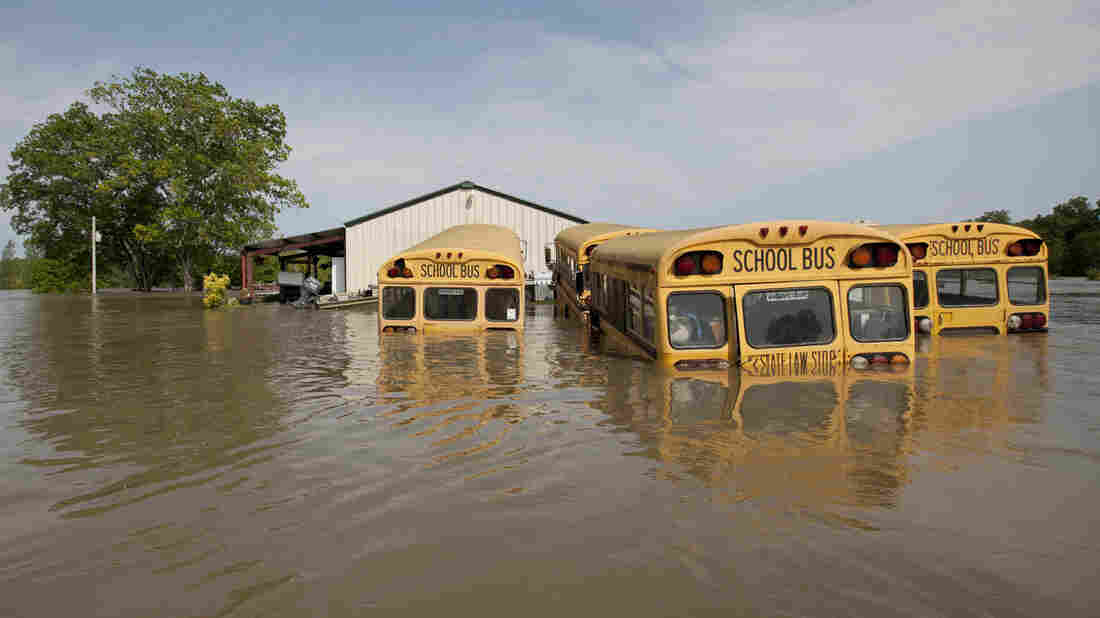 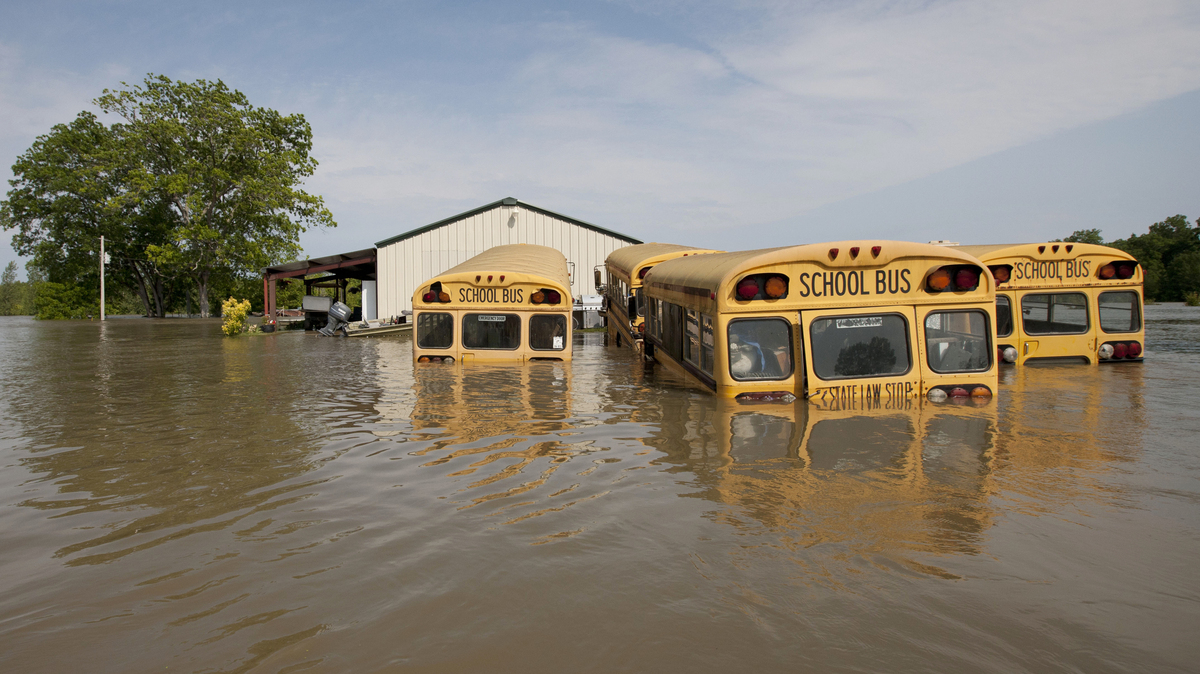 Life on the Mississippi River is a roller coaster of highs and lows: record high floodwaters one year, a drought and near-record low water levels the next. And those are just two of the many problems faced by river stakeholders like barge operators, farmers and conservation groups.

Those stakeholders met recently in Chicago to discuss the Mississippi's most pressing needs, any common ground, and how to speak with a unified voice in advocating for the nation's largest river system.

So far, that hasn't been easy.

Sixty percent of the nation's agricultural exports move by barge up and down the Mississippi River system, as do billions of dollars' worth of petroleum, coal, steel and other commodities. It's a critical lifeline for the nation's economy, but one not without problems.

One of the problems is infrastructure, like locks and dams, canal walls, flood walls and levees, says Del Wilkins with the Canal Barge Co., which operates barges and tows all throughout the Mississippi River system. "Infrastructure is old, and it's crumbling," he says. 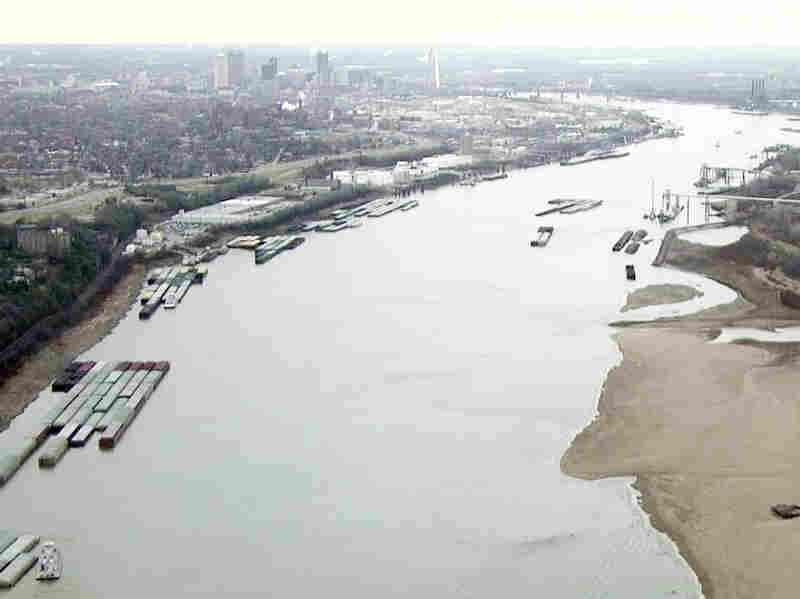 Sandbars are exposed while barges are forced to park along the shores of the Mississippi River south of St. Louis last year. Bill Greenblatt/UPI/Landov hide caption 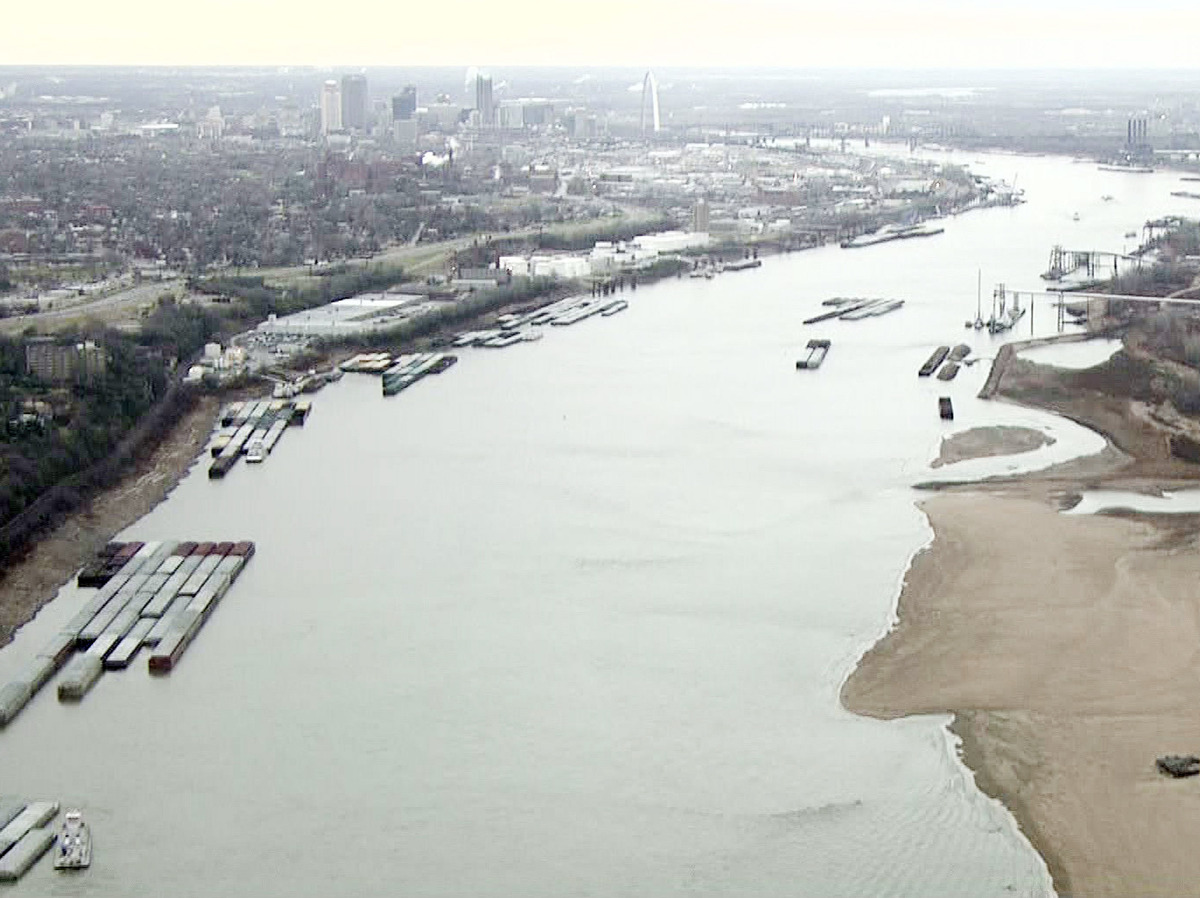 Sandbars are exposed while barges are forced to park along the shores of the Mississippi River south of St. Louis last year.

Wilkins says one barge can carry the freight equivalent of 144 trucks or 46 rail cars, yet the nation's water infrastructure, he says, is generally left out of the transportation funding conversation in Washington — until there's a crisis. And over the past two years, the Mississippi River has endured two near-catastrophes.

"The extremes that this nation has faced in the heartland — from the largest recorded flood in the history of the lower Mississippi River, which is pretty astonishing, to the worst drought in over 50 years and all the challenges that brings — has clearly focused political attention in a way that we haven't seen in quite a while on the issue of navigation," says Maj. Gen. John Peabody, commander of the Mississippi Valley Division of the U.S. Army Corps of Engineers.

Those weather disasters led to the Corps blowing up a levee to operate a floodway one year, and then blowing apart underwater rock outcroppings to keep barges from running aground the next.

There are almost constant dredging needs up and down the river. There are not only issues with the locks and dams, but some levees may not withstand the next great flood; and then there's the battle against invasive species such as the Asian carp.

And all the channeling of the Mississippi upriver is diverting freshwater and vital sediment away from the wetlands in the river's Louisiana delta. The state's Lt. Gov. Jay Dardenne says that's got to stop.

"We're steadily losing Louisiana's coastline, the equivalent of a football field of land in less than an hour, literally. And that's just gonna accelerate if something's not done," Dardenne says.

Other problems along the Mississippi include industrial pollution, as well as farm, chemical and nutrient runoff, affecting water quality all the way down to the dead zone in the Gulf of Mexico.

And while the Mississippi River is the lifeblood of a huge swath of the nation's economy, it's also a life source for nearly half of the nation's migratory birds, a quarter of our fish species and the source of drinking water for millions of residents.

The problem is that there are so many divergent interests along the Mississippi and its tributaries across 31 different states.

"The system is so large, it intimidates cooperation," says Val Marmillion, managing director of America's Wetland Foundation. He says that as a result, the Mississippi's problems are usually addressed only on a crisis-by-crisis basis.

That leaves the river an orphan, Davis says, whose needs are not always funded as a priority.

America's Wetland Foundation is trying to create a coalition to speak on behalf of river issues with one voice. It also wants a compact among the Mississippi River states, similar to that signed by Great Lakes governors five years ago — one that protects the Mississippi River system for all the competing interests in it.