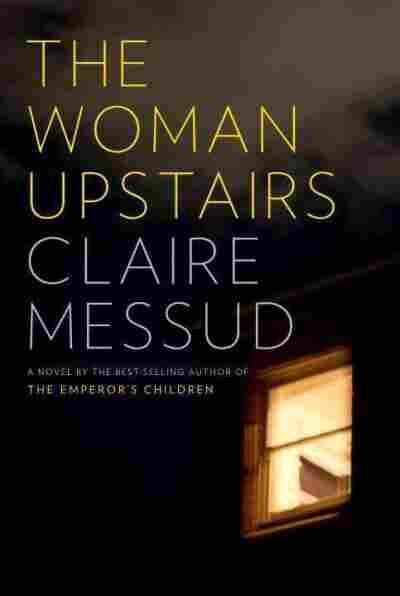 Claire Messud's cosmopolitan sensibilities infuse her fiction with a refreshing cultural fluidity. Her first novel, When the World Was Steady (1995), followed two midlife sisters in search of new beginnings, one in Bali and the other on the Isle of Skye. In her second novel, The Last Life (1999), a teenager reacting to a family crisis pondered her father's origins in Algeria and southern France, and her mother's New England roots. The Emperor's Children (2006) captured the ambiance among a group of Manhattan's privileged set in the months leading up to and right after the Sept. 11 attacks. Her fourth novel is a departure of sorts, focusing on the point of view of a relative outsider bedazzled by a worldly couple visiting Harvard.

The Woman Upstairs opens with extraordinary heat and momentum. "How angry am I? You don't want to know," rages Nora Eldridge, a single third-grade teacher in Cambridge, Mass., whose mother gave her the nickname "Mouse." Nora's rant invokes Dostoyevsky's Underground Man and Ralph Ellison's Invisible Man. But the terrain she describes is not subterranean: "We're always upstairs. ... We're the quiet woman at the end of the third-floor hallway ... who smiles brightly in the stairwell with a cheerful greeting ... and not a soul registers that we are furious."

What has led Nora to this state? Her life-changing moments begin at age 37, according to her slippery, bitter, often self-deprecating account. She sees her horizons narrow: "It was supposed to say 'Great Artist' on my tombstone, but if I died right now it would say 'such a good teacher/daughter/friend' instead."

Her mother has died after struggling for years with ALS (aka Lou Gehrig's disease). Two years later, in September 2004, the Paris-based Shahid family moves to Cambridge and reignites her long-ignored hunger for love and art.

Reza Shahid, 8, enrolls in Nora's class. During the first month of school, he is attacked by three bullies who call him a "terrorist." In the aftermath, Nora meets his mother, Sirena, an artist born in Milan who specializes in installations of "lush gardens and jungles made out of household items and refuse," based on fairy tales and myths — Avalon, Oz, Elsinore. Her husband, Skandar, is a Beirut-born professor at France's top-tier Ecole Normale Superieure. Nora's intense friendship with the Shahids lasts less than a year — the length of Skandar's fellowship at Harvard, where he is working on a book about ethics and history. 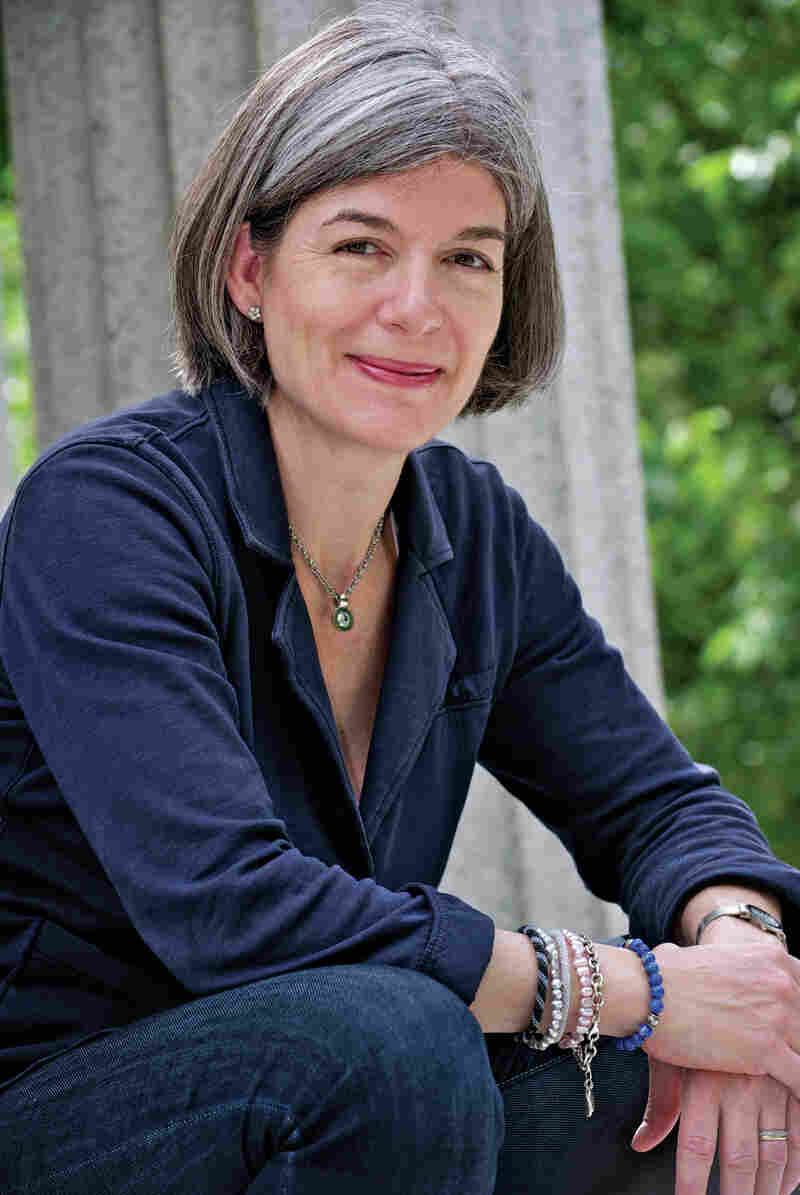 Claire Messud is an American author. Her 2006 novel The Emperor's Children was longlisted for the Man Booker prize. Lisa Cohen/Knopf hide caption 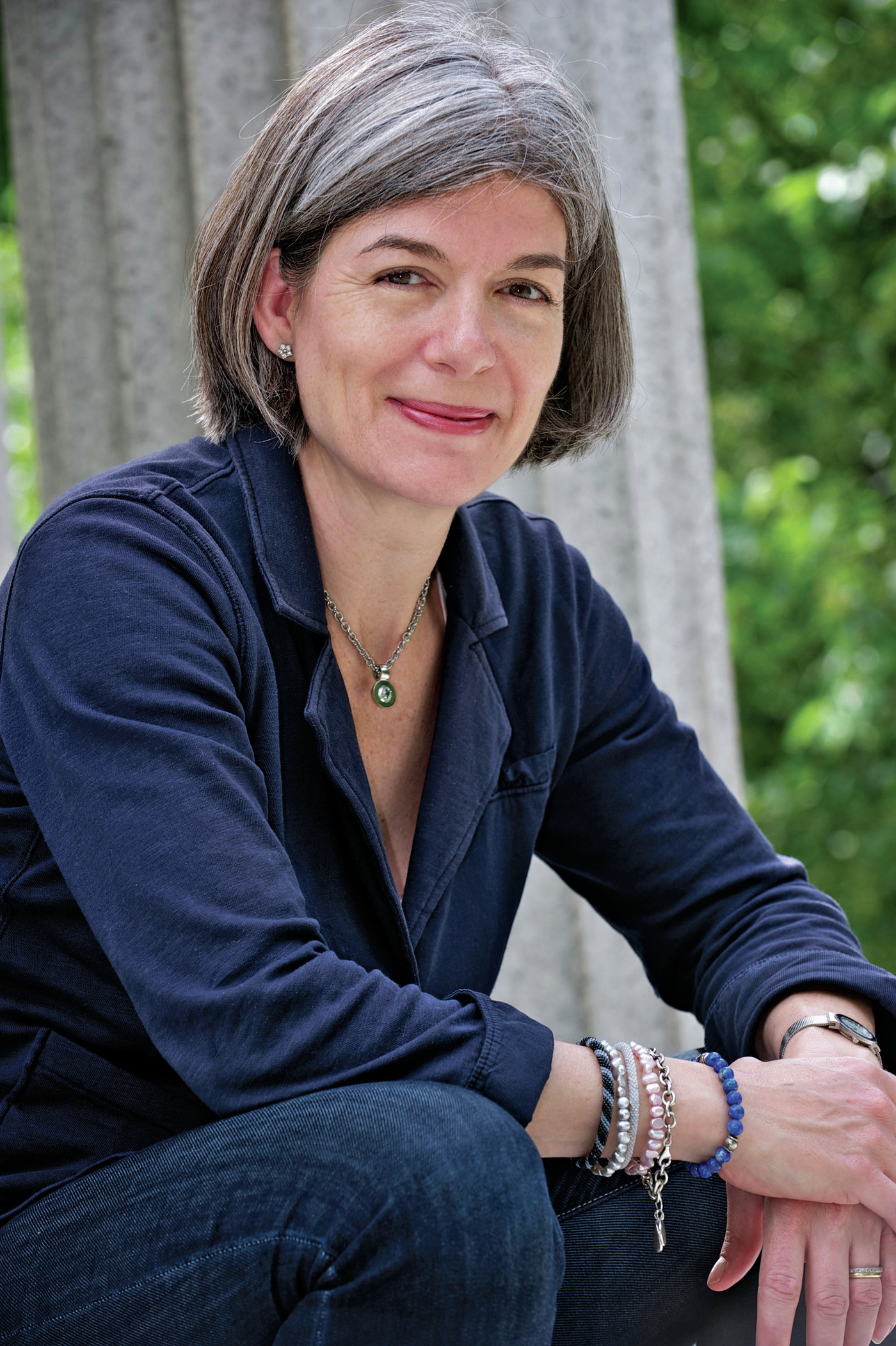 Claire Messud is an American author. Her 2006 novel The Emperor's Children was longlisted for the Man Booker prize.

Sirena invites Nora to share a Somerville studio. In Wonderland, her new project, Sirena is combining Lewis Carroll's Alice with the vision of the 12th-century Muslim philosopher Ibn Tufail, who wrote a novel about a boy "growing up alone on a desert island, discovering everything — including himself and God." Inspired by Sirena, Nora works on a series of Joseph Cornell-scaled dioramas, beginning with a miniature replica of Emily Dickinson in her bedroom. She envisions similar boxes with Virginia Woolf writing her suicide note at Rodmell, Alice Neel in her sanatorium room after a nervous breakdown, and Edie Sedgwick in her room in Andy Warhol's Factory. Meanwhile, Skandar gives her what amounts to a private tutorial in Middle Eastern history. (When he is upset about the assassination of Prime Minister Rafic Hariri in Beirut, Nora Googles "Lebanon war.")

The Woman Upstairs brims with energy and ideas. In what Nora refers to as a "manic unfolding," she experiences "a sort of awakening, a type of excitement about the wider world." As her infatuation with the Shahids grows, she seems disturbingly off-balance, aware she is making more of the relationship than they. "Both with Sirena and Skandar, I veered between fantasies of intimacy and of bleak rejection," she muses.

The book also functions in part as a suspenseful psychological thriller, propelled by the question of what has so enraged Nora. When the answer comes, the revelation doesn't quite match the furious buildup. But the core of The Woman Upstairs — Messud's intimate portrait of two women artists, Nora, the inhibited American "woman upstairs," constrained by reality and working in miniature, and Sirena, the European "Purveyor of Dreams," capable of drawing upon East and West, Then and Now, Imaginary and Real — is brilliant. Messud's description of Wonderland as it grows from everyday items — aspirin, soap, shards of mirror — into a magical universe filled with monstrosity and wonder, lingers, as does her Nora, an artist who learns that a good definition of any artist in the world is "a ruthless person" — and that her fury may be no substitute for ruthlessness.

Read an excerpt of The Woman Upstairs