Accessibility links
Interview: William Dalrymple, Author Of 'Return Of A King' In 1839, Great Britain and Russia were playing the world map like a chessboard — and for no reason other than geography, Afghanistan got caught in the middle. In Return of a King, historian William Dalrymple tells the story of Britain's calamitous invasion. 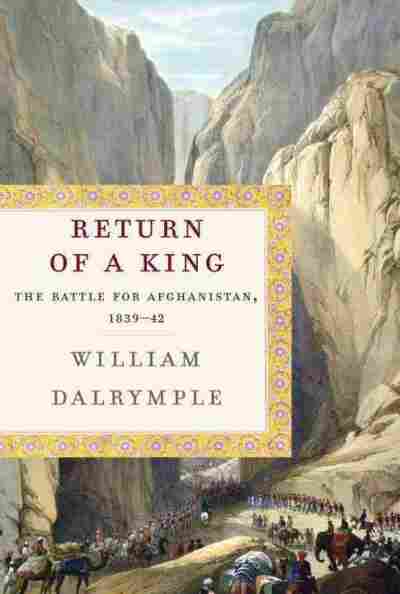 Title
Return of a King
Subtitle
The Battle for Afghanistan, 1839-42
Author
William Dalrymple

The year is 1839, and two great empires — Great Britain and Russia — are treating the world map like a chessboard, trying to outmaneuver one another for territory. For no reason other than geography, Afghanistan gets caught in the middle.

Today, as the U.S. ends its war in Afghanistan, historian William Dalrymple recounts the first time a Western power fought in that country. In Return of a King, Dalrymple details Great Britain's attempt to control Afghanistan by putting an ousted king back on the throne — a plan that went famously wrong.

"It is the greatest imperial disaster the British Empire ever suffered," Dalrymple tells NPR's Steve Inskeep. "It makes Yorktown [the battle in which Britain lost the American Revolutionary War] seem like a picnic in the park. ... It is a total wipeout of an entire army, the army of the most powerful empire in the world at that time."

While researching his book in Afghanistan, Dalrymple discovered a deep font of primary sources, allowing him to delve into the war's Afghan perspective.

"Bizarrely, there's actually extremely well-preserved national archives in Afghanistan. The Taliban may go around knocking down the museums, but they don't knock down the archives. But the richer sources I found were two extraordinary epic poems written immediately after the war ... These are kind of almost mythologized, but containing lots of interesting information about Afghan attitudes to the British and so on. There's one called the "Jangnama," there's another called the "Akbarnama," after the leading Afghan freedom fighter of that time. Indeed, the main diplomatic enclave in Kabul today is still called Wazir Akbar Khan, after the man who defeated the British.

"There's also, and this is in a sense the richest thing I found, ... the autobiography of the man the British installed."

On Shah Shuja, the Afghan king the British installed

"Today we think of Afghanistan as this poor, benighted country riddled by war. But in the Middle Ages, Afghanistan was one of the great centers of culture in the region. And Shah Shuja is very much in a sense the last ebb of this moment. He's a great admirer of gardens, a connoisseur of poetry. He's an enormously civilized figure, and, by the standards of the time, merciful and lenient and liberal. ... 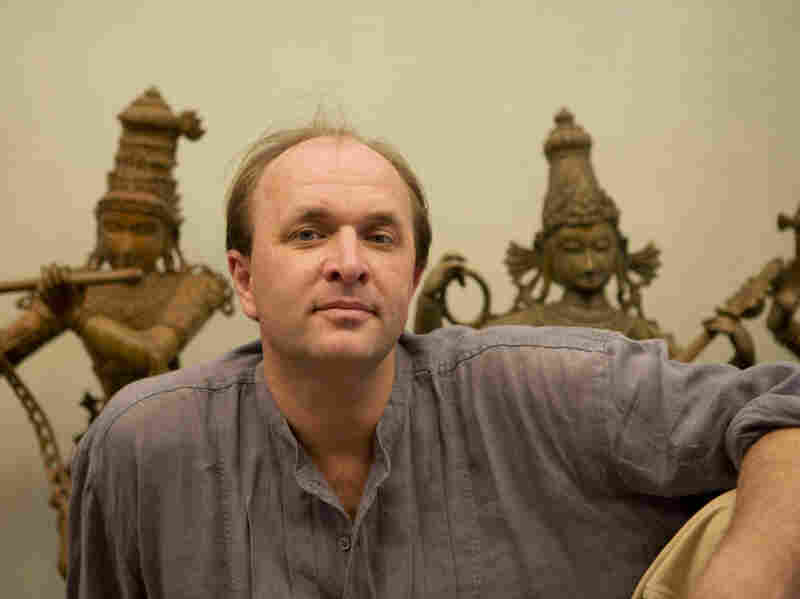 William Dalrymple is a historian and writer. He divides his time between New Delhi and London. Karoki Lewis/Knopf hide caption 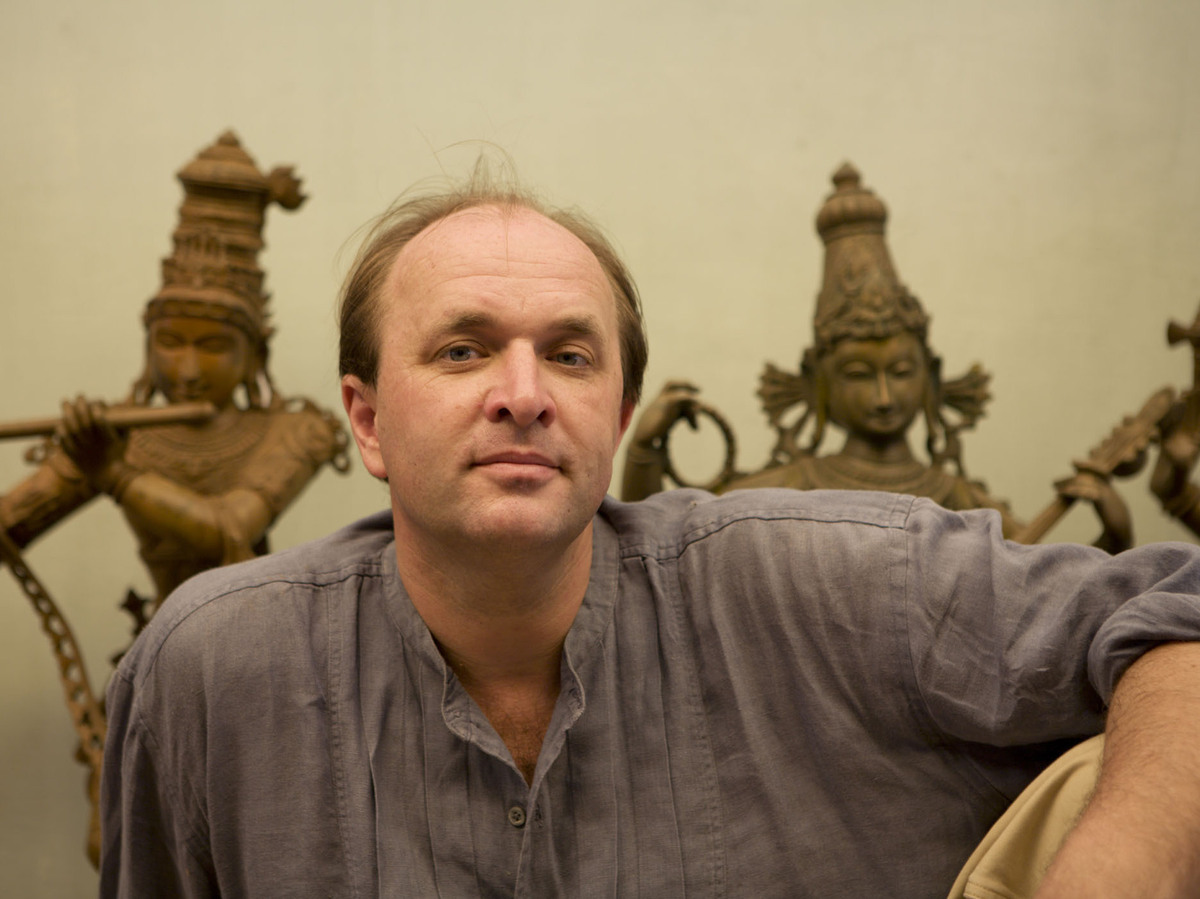 William Dalrymple is a historian and writer. He divides his time between New Delhi and London.

"In early 1800, this guy who has inherited the remains of his grandfather's empire at the age of only 17 — he's kicked out. He takes refuge in British India, where the British tuck him away and give him a pension, realizing that this guy could be useful in the future."

On Britain's invasion of Afghanistan

"With the 'Great Game' [as it came to be called] building up between Britain and Russia, there's competition for Asia between these two European land-based empires. ... And they both realize, if you look at the map, that these two empires are going to converge somewhere in the middle in the Hindu Kush, in this unmapped, unknown territory in the middle of Asia.

"It's an absurd undertaking, because at this point the British and the Russians are still about 1,000 miles apart. Nonetheless, the British do this extraordinary, epic invasion of Afghanistan. They go around the sides of the Punjab, they go up the Indus ... They drag this artillery up mountainsides, and they actually get to Afghanistan. They hardly fight a battle, but they lose a quarter of their force to dehydration and bad planning and starvation, and it's this hellish march.

"But such is the surprise when they turn up in Afghanistan, the rulers of Kandahar flee. They take Kandahar without a shot being fired; Shah Shuja is installed in his old palace in Kabul. It looks as if it's a huge success. You have a whole winter when the British are just going shooting and ice skating and taking the foxhounds out for exercise ... Everyone seems to be happy."

On the Afghan uprising one year later

"The Afghans become so alienated by the British troops' whoring and drinking and misbehaving in Kabul that the country rises up as one. The British have no intuition that this is coming — they're taken completely by surprise. And it's very, very quick. First day, the British deputy governor, Alexander Burns, is killed in his house. He has taken the girlfriend of one of the Afghan leading noblemen, and this nobleman attacks his house. Such is the ease with which he kills the deputy governor. They then go on to capture the arms and the ammunition of the British force which has stupidly been left in an isolated position outside the main British cantonment. And this siege then begins. The British governor in charge of the whole force goes out to negotiate [and] is shot dead by the negotiating party. So the British have lost their general, their governor; they're surrounded. They have no money, they have no arms. They have no option but to surrender."

"It's both. The British are led by an incredibly incompetent general and their civilian forces directed by an incredibly incompetent governor, so partly it's strategic error. But it is true that the Afghans never liked being ruled by foreigners; they never liked being ruled by non-Muslims. It's difficult enough for an Afghan to unite all the different tribes, all the different ethnicities, all the different forms of Islam. And a combination of idiotic leadership, a lack of understanding of the country and arrogance and overconfidence means that when the British go into retreat, 18,000 men, women and children leave the British fortress on Jan. 6, 1842; six days later, one man alone makes it through to Jalalabad."

On the significance of the victory in Afghan history

"For the Afghans, this is nothing short of miraculous. The British may regard this as the great sort of brave defeat, but for the Afghans, this is the center of their national myth — this idea that they will see out any invader, that they will kick them out sooner or later. They did it to the British, they did it to the Russians, and now, in their view, they're about to do it to the Americans."

Read an excerpt of Return of a King

He asked him: "What is the state of affairs in the land of Kabul?
What do they say of the Shah and the Firangi chiefs?

What plans have they for war and peace?
And what of the Khans? Are they as before ... ?"

The young man said: "O mighty ruler of good fortune!
Shuja is not that Shuja of yore, his mind is not the same as before

Secretly, he is in anguish, his soul exhausted
Less than a watchman, such a king is he."

Then Burnes, of swift decision, ordered them
To bring artillery to the fight

At this, the hearts of the believers were astonished
The world had been darkened

They saw that there was nothing they could do
How can one drop of water conquer a river in spate?

There they chose a place to camp
And rested awhile from their trials, and their rage.