Accessibility links
'Pippin' Revival Is A Circus Of A Show The smash-hit '70s musical, which made a name for Wicked composer Stephen Schwartz, gets a shiny new production set at the circus — with real-life acrobats and Broadway pros alike in the center ring. 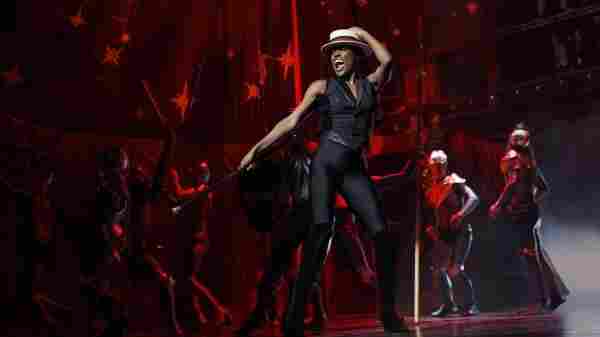 When Pippin opened in 1972, it was a sensation. Directed and choreographed by Bob Fosse, who was coming off his Academy Award-winning film version of Cabaret, it was a showbiz triumph of jazz hands, sexy dancing and theatrical magic.

It was also the Broadway debut of 24-year-old songwriter Stephen Schwartz, who's better known these days for the global megahit Wicked. He had written a version of Pippin — about the son of medieval emperor Charlemagne — as a college musical. And Schwartz says that behind the Fosse razzmatazz, the show had a real 1960s vibe.

On 'Corner Of The Sky'

"Sort of dealing with contemporary issues that kids such as myself were going through at that time," he says. "The Vietnam War, and sex, drugs and rock 'n' roll, and 'don't trust anyone over 30' and all those sorts of issues."

The current Pippin revival, opening Thursday, April 25, at the Music Box Theatre, is directed by Diane Paulus, who's recently staged Tony Award-winning revivals of Hair and Porgy and Bess. She saw Pippin three times as a kid growing up in New York City, and she says the episodic tale of a young person trying to find his place in life really resonated for her.

"There's something about the show that is not just an entertainment; it's actually touching some very deep questions [about] the choices we make and those consequences," Paulus says. "But for me, the real story of Pippin is, you have to live life. You can't take a back seat and deliberate. You actually have to be literally through the fire to understand what life is really about."

While Paulus has kept some aspects of Fosse's original staging and choreography — which used a touring theatrical troupe to tell Pippin's story — she decided to turn that troupe into the cast and crew of a circus.

"I got very excited about this idea of circus and the metaphor of circus, and the whole mystery of when a circus comes to town and pitches a tent on the outskirts," Paulus says. "And you're invited into a world that is kind of forbidden and dangerous and seductive. And all of those actions made sense for me, in terms of the script of Pippin."

Paulus enlisted Gypsy Snider of the Montreal-based circus troupe 7 Fingers to develop acrobatic elements for the show. Snider chose seven circus performers to appear in Pippin, but the rest of the cast is made up of Broadway dancers and actors.

"And I'm very happy with the seven circus performers that I have," Snider says. "But what I'm also really happy about was I got to really challenge myself [by] teaching my form of circus to people who had never even really been upside down before in their lives." 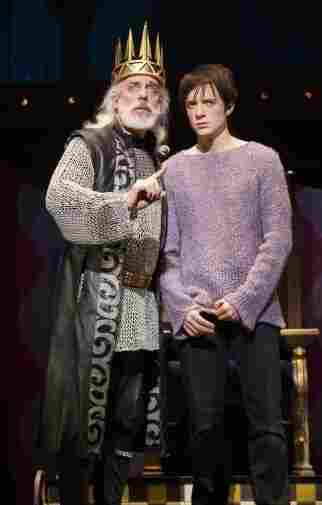 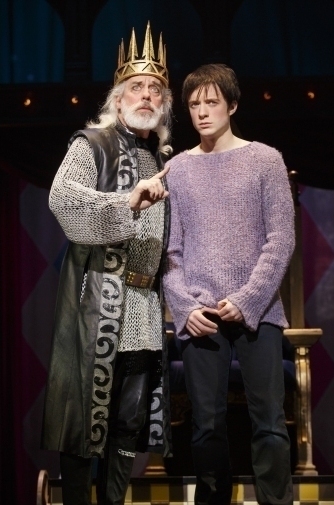 One of those newly inverted performers is Patina Miller, a Tony-nominated actress, who plays the Leading Player — kind of the ringmaster of the story, in this version.

"I trained for the trapeze, and I've been hula-hooping a lot, but I've never moved and hula-hooped," Miller says wryly.

In fact, every one of the actors has been trained in circus skills. Andrea Martin, the former SCTV star and comic actress, does a show-stopping act, which I won't give away — but it truly is death-defying, Snider says.

"Circus is dangerous; you push physical limits, and it never gets undangerous," Snider says. "But [now I] have a 67-year-old woman, incredible performer, just saying, 'I wanna go out there and do this; I wanna make this happen' — and I am responsible for this. You really have to train methodically, and you have to be diligent and really calculate what moves are going to work for her body."

Schwartz admits that when Paulus first approached him with the circus idea, he was skeptical.

"I didn't really understand what she was driving at, particularly," Schwartz says. "Um, I thought, well you know, 'What's the difference? So somebody will be on a trapeze.' And I didn't quite understand how theatrical this could become, and how exciting."