Accessibility links
Matthew Weiner On 'Mad Men' And Meaning The creator of the acclaimed AMC series talks about his protagonist — Don Draper — as an aging existentialist looking for meaning in a chaotic world. He says the show's sixth season, set in 1968, is situated in that historical moment for a reason: to reflect a traumatic passage in Don's life. 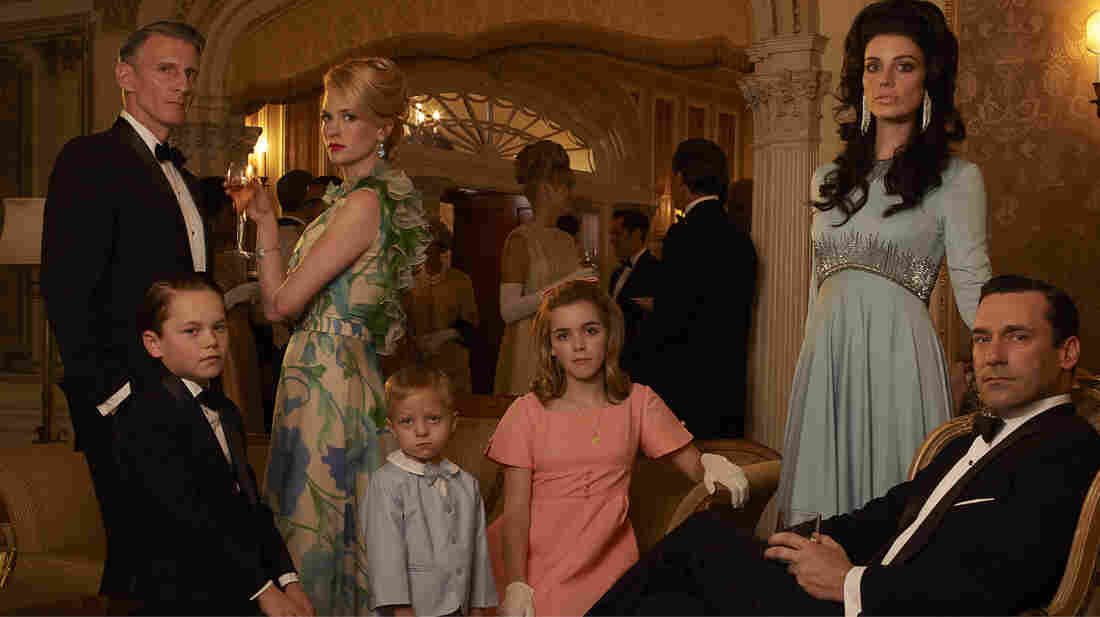 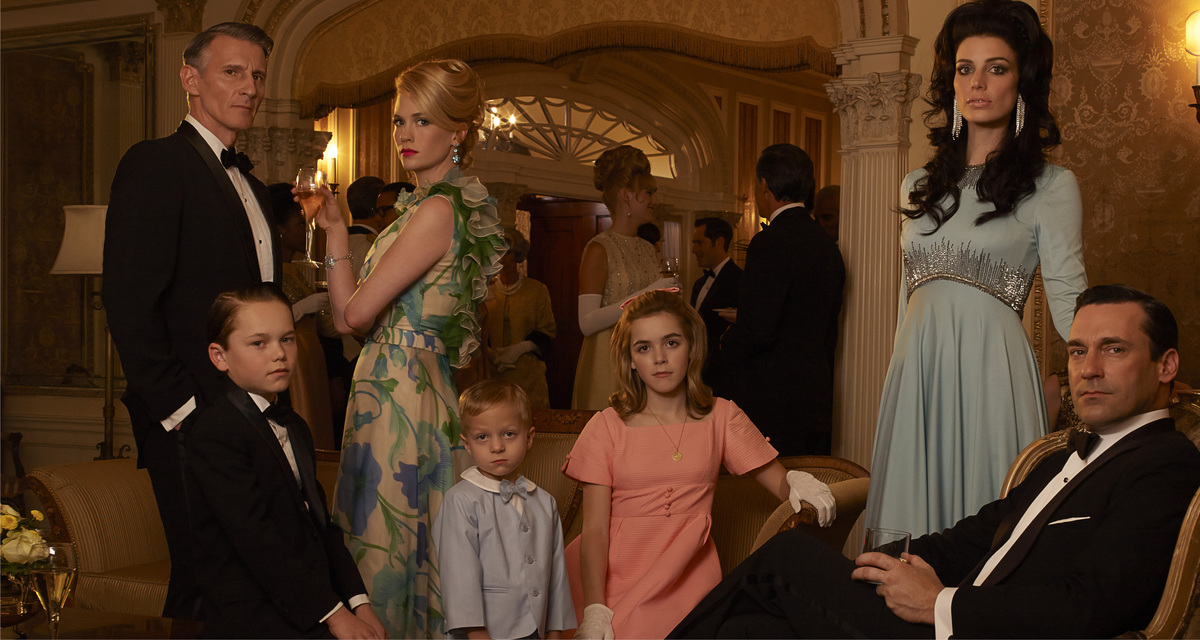 The sixth season of AMC's Mad Men, which premiered April 7, jumps forward in time a few months from where the fifth season concluded. The first episode of the season comes to a close on New Year's Day 1968. That date was designed to set the tone for the entire season.

That year, says Mad Men creator Matthew Weiner, is, "as far as I can tell, in the top two or three worst years in U.S. history."

"That's what it was about for me," he tells Fresh Air's Terry Gross. "Let's get to the destruction. Let's get to the loss. Let's ... express the idea that people want to change, and change is afoot. Because as far as I can tell, 1968 is a year about change, about revolution, about violence, about people turning inwards as community breaks down.

"So I really kind of wanted to get that into the personal story of Don, which is, 'I don't like the way I am.' Where will that go?"

Weiner says that, just as 1968 was in some ways a low-water mark for the United States, he sees the year and this sixth season as Don's darkest moment. The question at stake is how Don will or won't make it through.

The season opens with Don reading aloud from Dante's Inferno on the beach in Hawaii. On a meticulously scripted and painstakingly designed show, that's obviously no coincidence.

Weiner, who's famously careful not to reveal spoilers, suggests that the show's fans have "an investment in the fact that this man is in his worst state — the way 1968 is — because it is overrunning his life and it's page 1 in the story: He's going into hell. This is the descent. Maybe he'll come out on the other side, or maybe he'll just take up residence there."

Looking beyond the salvation or damnation of Don Draper, Weiner says he's beginning to think about the way the show will ultimately end.

"You know the show is going to end on an ambiguous note," he says. "My God, people must be prepared for that."

He knows, however, that that will be difficult for those who have come to care deeply for these characters and who will be craving resolutions.

"Honestly, I can't even tell what closure is to this audience. I had an ending of [a season] where they were starting a new agency. Don had moved into an apartment in Greenwich Village; his wife is on a plane to Reno with her lover and her baby, and people are like, 'I wonder if they're going to be married next year?' I was like, 'I don't even know what more to say: She is going to get a divorce.' .... There is no closure for an audience that is invested in characters." 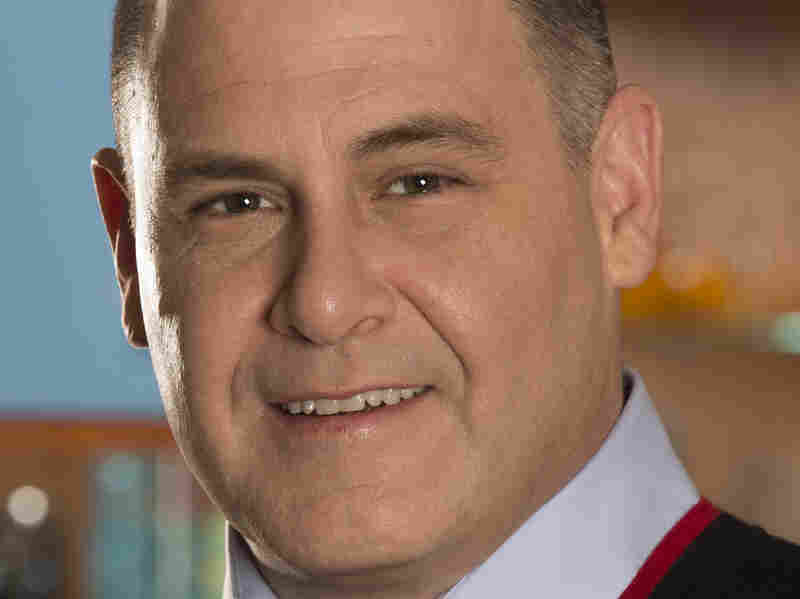 Mad Men creator Matthew Weiner was also a writer and producer on The Sopranos for a time. Michael Yarish/AMC hide caption 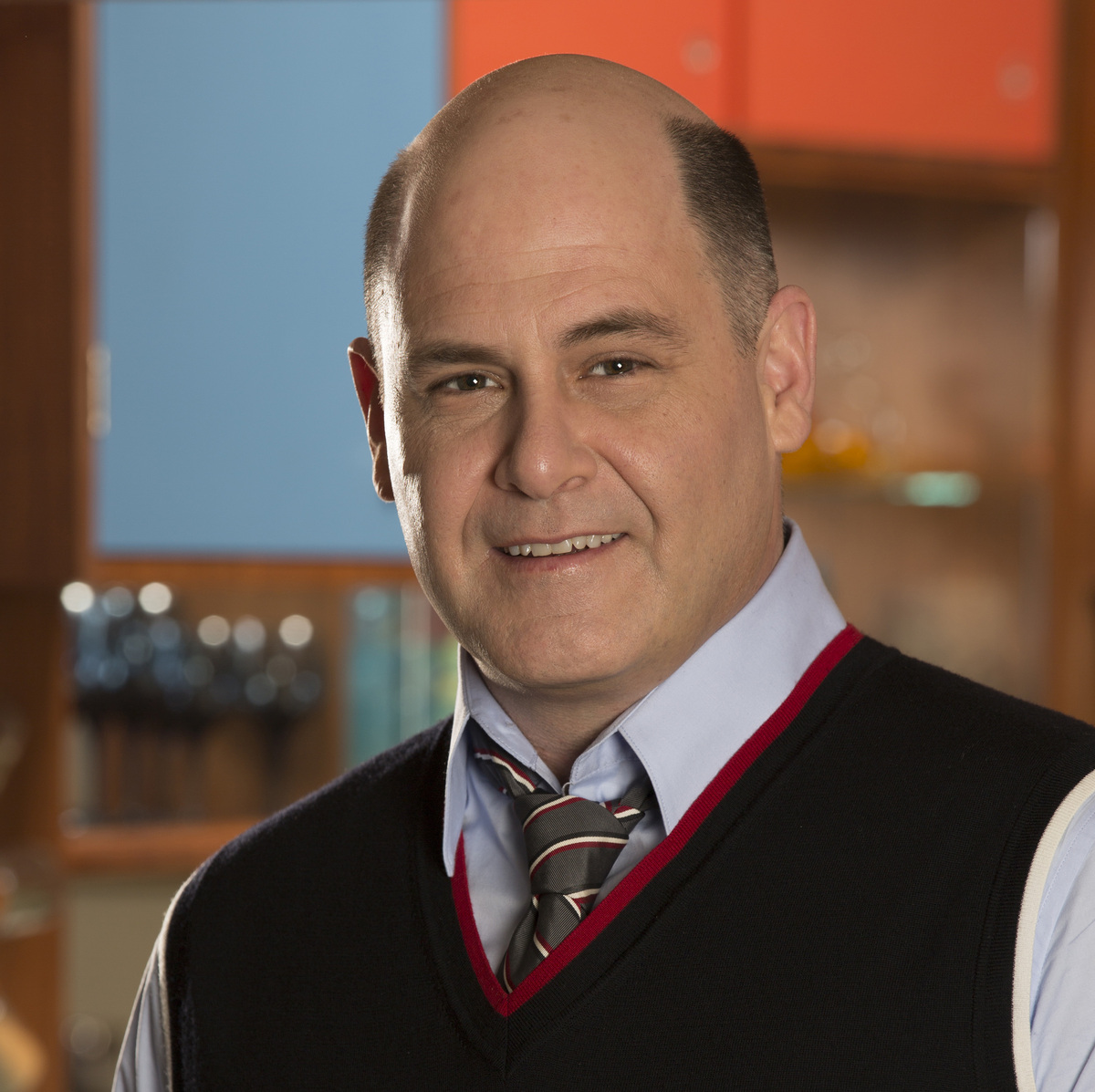 Mad Men creator Matthew Weiner was also a writer and producer on The Sopranos for a time.

Listen To More On The Characters

On Killing Off Lane Pryce

Listen To More On The Show's Production

On How Show Production Has Changed Season To Season

On The Significance Of Cigarette Lighters

On Don as an existentialist

"I feel like Don is like a lot of existential characters: brave in the face of death but more deeply, deeply afraid of it — and trying to find some purpose and some control over it — because he is aware of the sort of meaninglessness of life. ... Let's say existentialism is a young man's game. As he's getting up there, he's saying, like, 'Why do I keep repeating this? Why am I in this process?' The situation he's in is very much where he [could have been] ... right before the pilot."

On whether he knew if Don would sleep with the woman who picked him up at the bar by asking "Are you alone?" at the end of last season

"Yes, I did. Because to me, that was not literally as much about him sleeping with other women. That was about the fact that his fantasy — and men have romantic fantasies as well as women — and his fantasy of his marriage had been dissolved over the course of the season, as his wife expressed her independence.

"And so whatever fix that he wanted that we saw at the end of season 4 when he proposed to Megan — of having a woman see him the way he wanted to be seen; of [getting] a chance to transform himself into the person he wanted to be; of having this romantic, satisfying, carnal relationship with someone who truly loved him despite knowing everything about him, because Betty didn't — he's told Megan everything. That has dissolved, and so, 'Are you alone?' to me, was really not just about the fun of the plot. I mean, I deliberately — obviously — wanted it to be like 'Are you alone? Are you going to sleep with me?' but also 'Are you alone?' in a deeper sense."

Death And Dyeing: Five Thoughts About The Return Of 'Mad Men'

'Mad Men' Creator On What's Next For Don Draper

"Her expression of herself was the enemy. That was the part that was really the hardest on the relationship. ... When she said she wanted to be an actress ... I thought it was this great dichotomy, because she really has an idealistic idea of being an artist, which is a real rejection of Don's advertising career. ... It's like she's going to reject the part of him that is him, and my joke is always that Don and Megan are soul mates, and they're one person — and that one person is Don."

"It's the [episode] where Megan quits, where Megan rejects Don's way of life, and Don doesn't even know how painful it's going to be. ... [My wife] pitched this idea that he opens it and sees that elevator is not there. And to me, yes, it is really physical danger — 'I almost dodged a bullet.' But what it was really about to me is, how do I convey to the audience that this man — because we've seen him react to things: he's going to drink, he's going to go and bang some stranger, he's going to medicate in whatever way he does — how do we express the deep feelings of loss that he has as he says goodbye to his wife, to his idealized version of his romantic relationship?

"He's trying to be a good guy. He's trying to be a modern man on some level. It's a very period story we were telling, that he could not deal with his wife going off and pursuing her job — the most period one we've done, in a way. And looking into the elevator was a cinematic way to feel the abyss. Is he literally going to step into an elevator shaft? I think the audience would hunt me down and kill me if that happened."

On the teasers at the end of each episode

"The network, when we first started, wanted to show those scenes from next week, and they have a very different definition about what teasing is: They think people enjoy things more [when] they know exactly what it's going to be. I think that the commercial identity of the show is related to not knowing what's going to happen. And I stole that from The Sopranos.

"It was harder to find out back then, and you'd watch these trailers that were really very deceptive on The Sopranos. They'd show an explosion, but you didn't know what it was. So I asked them to start constructing stories like that. And they're very hard to do — and, more importantly ... it is my belief that the audience's relationship with the show and their desire to come back and watch it the next week happens in those moments as the credits are rolling, and they're listening to that music and thinking about the episode.

"So I didn't even want a commercial for the show there. And then these commercials would come on that might ruin the next episode, and so I eventually just — through negotiation and haggling and such ... we got it down to 'Could you tell a deceptive story with these things?' And I think it's ... I wrote them one year, and it's very difficult. And the promos department basically arrived at this to satisfy me. ... I have 26 seconds which we have carved out of the end of the show where they are not allowed to do anything but let the credits roll, and that's the part that I was protecting. So I apologize, but I really don't think you need scenes from next week. I think it would be great to just roll out and go to the next TV show."