Accessibility links
Jittery Jams: 10 Songs For Coffee Lovers With the Beastie Boys taking their "sugar with coffee and cream," Carly Simon finding "clouds in my coffee," and countless singers using black coffee as a metaphor for a life in need of a swift kick, it was actually tough to narrow a caffeinated playlist down to just 10 selections. 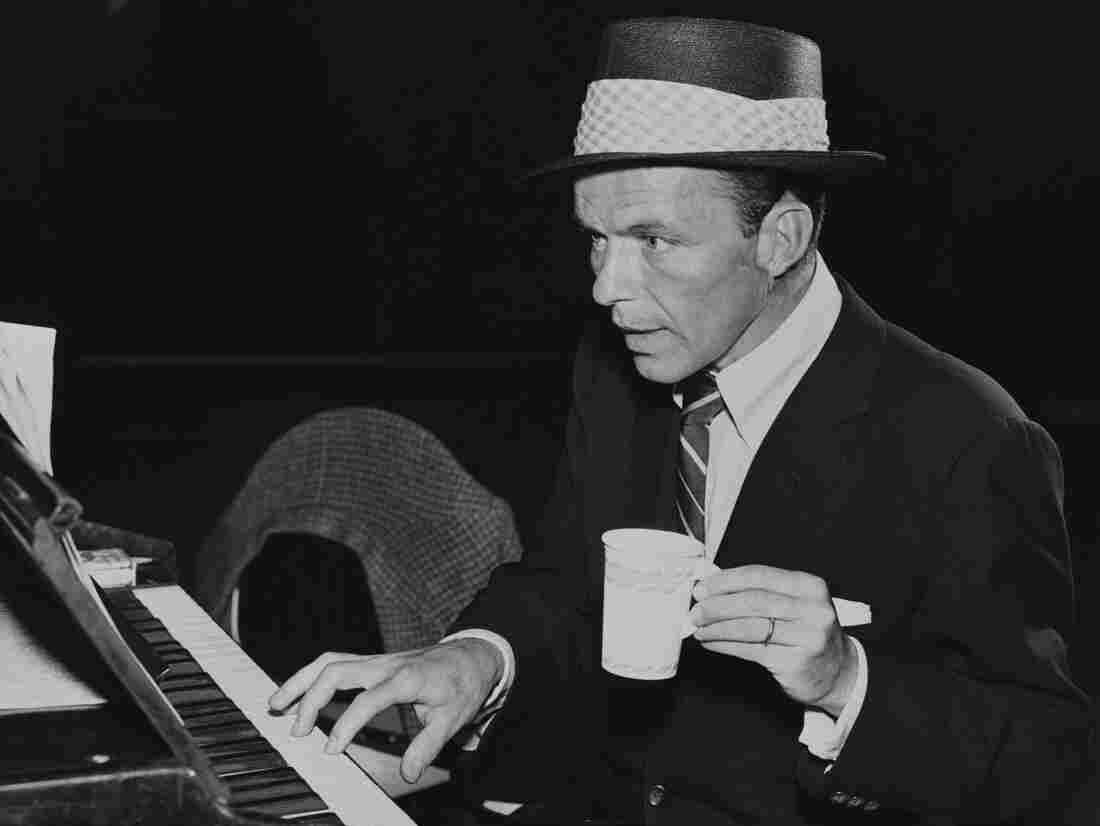 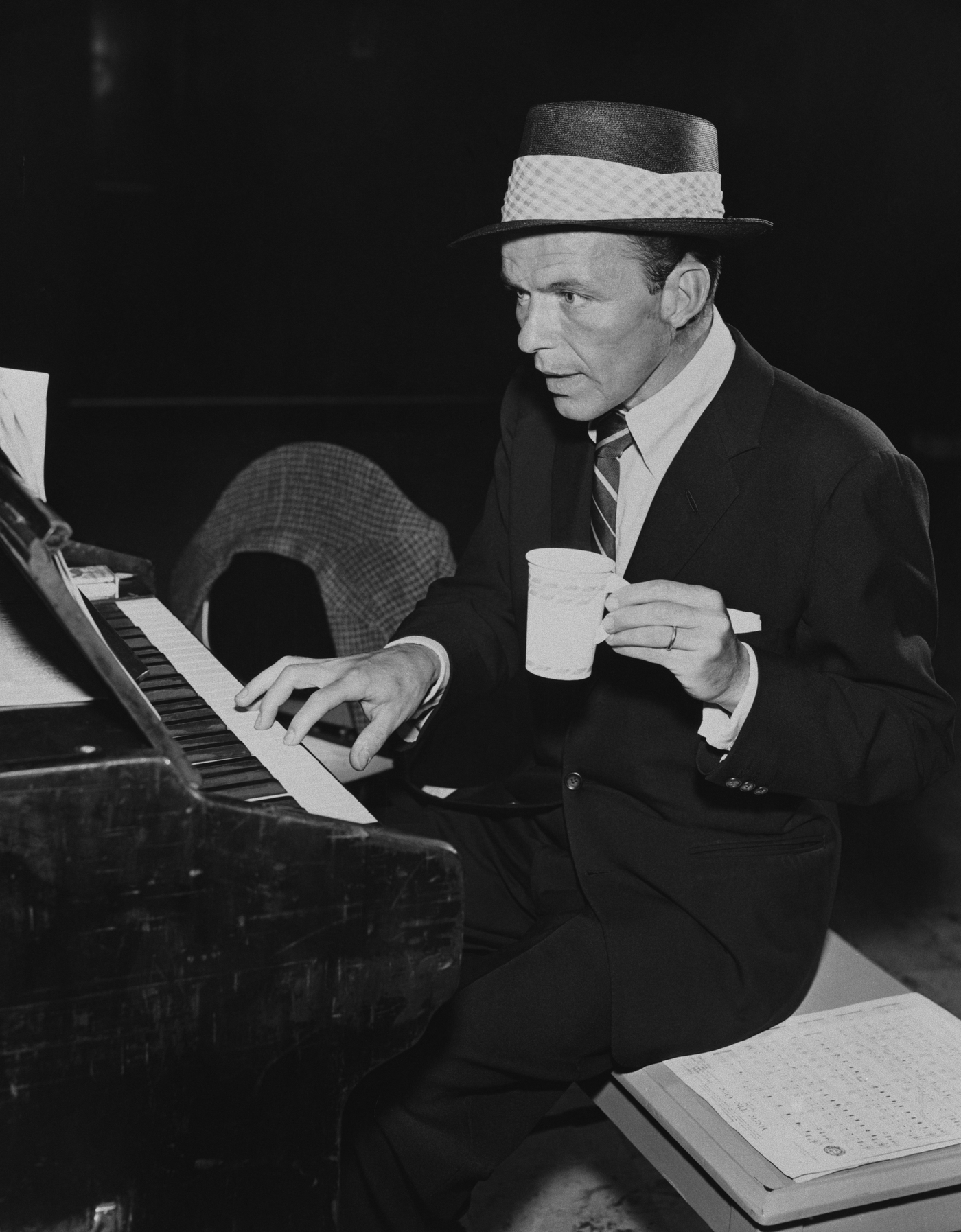 All week, Morning Edition has been examining how coffee fits into modern life, which led us to look into the many ways the drink's trembling tendrils have reached into popular music. With the Beastie Boys taking their "sugar with coffee and cream," Carly Simon finding "clouds in my coffee," and countless singers using black coffee as a metaphor for a life in need of a swift kick, it was actually tough to narrow a caffeinated playlist down to just 10 selections.

This week, Alt.Latino is also looking at how the beverage has inspired music in coffee-producing countries. But in the meantime, for addicts and abstainers alike — as well as we honorary imbibers who subsist on a steady diet of Diet Coke via IV drip — here are 10 more coffee songs, by artists from Bach to Dethklok to Yung Joc. (And, come to think of it, at many points outside that particular spectrum.) Be sure to add your own selections in the comments.

Get the playlist on Spotify and Rdio.

Early-20th-century bluesman Mississippi John Hurt sang the praises of not just coffee, but Maxwell House-brand coffee in particular, as he opened "Coffee Blues" with a strangely endearing pitch for the product. "It's good to the last drop," he announces, "just like it says on the can." But the blues classic has had more influence than most songs that open with product placements: The song's repeated references to a "lovin' spoonful" gave the '60s rock band its name.

A little-remembered Top 10 hit for Frank Sinatra back in 1946 — and a song since performed by everyone from Sam Cooke to The Muppets to Rosemary Clooney to Soul Coughing — "The Coffee Song" makes light of a perceived Brazilian coffee glut. Known for its line, "They've got an awful lot of coffee in Brazil," "The Coffee Song" imagines a land where coffee is so plentiful that all other kinds of drinks have been banned: "A politician's daughter was accused of drinking water / and was fined a great big $50 bill." Sinatra's version closes with an unfortunate attempt at a funny accent, but the rest of the song embarks on an appropriately zingy romp.

A sleeper classic featuring backup vocals from Elvis Costello and Paul Young, Squeeze's 1982 single "Black Coffee in Bed" finds a narrative use for coffee stains as the remnants of a failed relationship: "There's a stain on my notebook where your coffee cup was," Glenn Tilbrook sings. Helping to cement coffee's unexpected place as the most wistful of beverages, "Black Coffee in Bed" is one of many career highlights for one of the most reliably sturdy pop bands from the '70s, '80s and beyond.

A 1994 hit for the pop-minded rapper, "Black Coffee" finds Heavy D chronicling and celebrating the attributes of his ideal woman: "Black coffee, no sugar, no cream / That's the type of girl I need down with my team." For all the metaphorical uses of coffee in song, "Black Coffee" hits upon one of the most intuitive, as he raps lovingly, "Black coffee, the African queen / part of the Afro-American dream."

Another coffee-themed standard, "Black Coffee" has been recorded by Peggy Lee, Sarah Vaughan, Ray Charles, Sinead O'Connor and countless others since it was first written in 1948. In 1960, Ella Fitzgerald tackled the tune, infusing it with the weary resignation the lyric requires. "Black Coffee" captures the beverage's frequent status as a stand-in for more bracing beverages — "I'm feelin' mighty lonesome, haven't slept a wink / I walk the floor and watch the door, and in between I drink" — while speaking for all downtrodden protagonists in need of a pick-me-up.

J.S. Bach's Coffee Cantata (BWV 211) is, by its very nature, a departure for the oft-solemn composer, who frequently wrote in coffee shops. One segment of the piece translates as, "If three times a day I can't drink my little cup of coffee, then I would become so upset that I would be like a dried-up piece of roast goat." That snappy little passage may not fit on a mug, but ... you know, someone should fit that on a mug. Make the type small or something.

On Adult Swim's animated series Metalocalypse, Dethklok is a massively popular death-metal band, but it's also spun off a real-life incarnation. In cartoon form, the group gave a memorable, fatality-riddled performance of a commercial jingle in this scene from the show. If nothing else, "Duncan Hills Coffee Jingle" demonstrates that coffee is as metal as any number of more debauchery-inducing beverages.

Setting aside debates about coffee's metaphorical equivalents in Yung Joc's celebratory 2007 hip-hop anthem, the video itself is a timelessly silly, bawdy and broadly comedic romp, bursting out of eras past with larger-than-life characters (and caricatures), as well as cameos from Rick Ross, Trae, Eightball & MJG and others. It feels like it could have been made in 1986, and that's a compliment.

They called Annette Hanshaw "The Personality Girl," and that comes through in this charming 1928 standard, but the singer wasn't just likable; her approachable voice has a warmth and softness to it that's difficult to resist. Coffee songs don't get a whole lot more innocent than this sweetly spry song of devotion — dig the way she closes her songs, "That's all!" — but Hanshaw's "You're the Cream in My Coffee" is no dusty relic.

For the U.K. rock band Blur, coffee actually represents a chance to slow down and "start all over again," as Damon Albarn sings, "Give me coffee and TV / peacefully / I've seen so much, I'm going blind / and I'm brain-dead virtually." Given how often coffee is regarded as a pick-me-up, Albarn understands the way a sip serves to settle us into a place where we can process the world around us.