Accessibility links
Can You Hear Me Now? Cellphone Satellites Phone Home Never mind the big-budget NASA satellites. A team of young engineers has tricked out a few off-the-shelf cellphones and sent them to space. The smartphones are already above us, sending images and data back to ham radio operators on Earth. 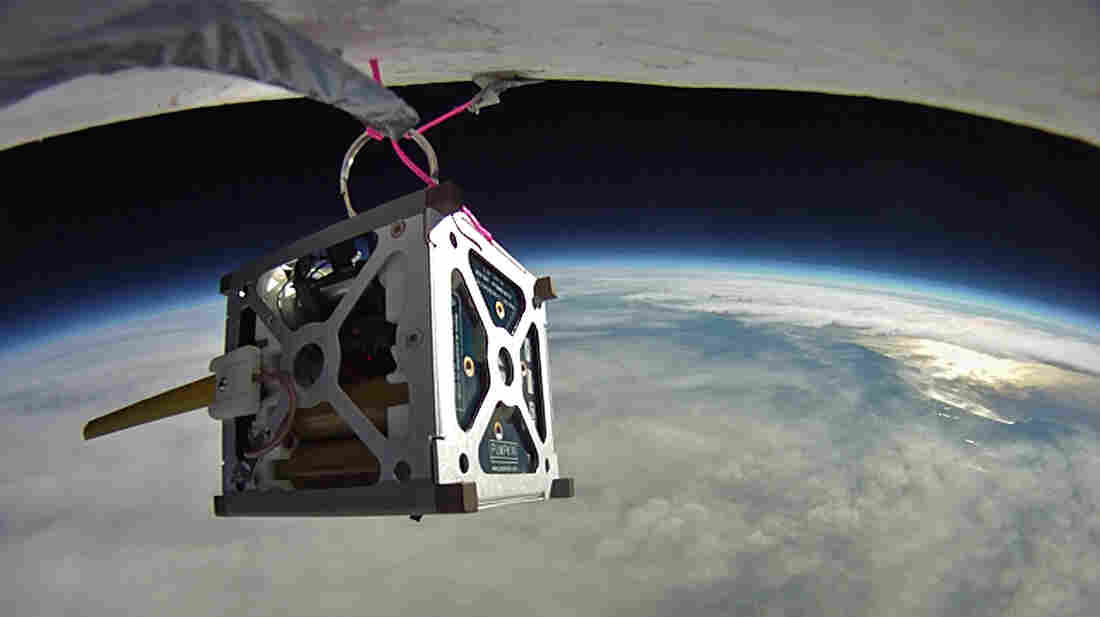 Three PhoneSats, like the one seen here during a high-altitude balloon test, were launched into space on Sunday. The slightly modified cellphone satellites cost a few thousand dollars in parts. NASA Ames Research Center hide caption

Smartphones can check e-mail, record videos and even stream NPR. Now NASA has discovered they make pretty decent satellites, too. Three smart phones launched into space this past Sunday are orbiting above us even now, transmitting data and images back to Earth. The PhoneSats, which cost just a few thousand dollars each, could usher in big changes for the satellite industry.

The PhoneSats started as a project among young engineers working at the NASA Ames Research Center in California. Jim Cockrell, the project's manager, says it began as a hallway conversation. One noted that smartphone microprocessors are cheaper than those in satellites. So why not just use a smartphone as a satellite?

[The young engineers] don't know what they can't do; they haven't been told it's not possible. That really opens up a lot of creative thinking that somehow tends to go away with time.

"It was sort of a whimsical notion," Cockrell says. But it also made sense. Modern satellites are used for communication and navigation, and so are smartphones. And the phones have things that satellites have, too, like accelerometers, gyroscopes and cameras.

At 53 years old, Cockrell is the self-described "graybeard" of the small team of 20-somethings. With decades of experience, he had good reason to think the project might not work. The phones would have to survive the violent shaking of their launch into orbit. Once in space, they would need to withstand extreme temperatures and intense radiation that doesn't exist on the Earth's surface.

"I was really skeptical at first, because I said, 'OK, there's a reason why NASA develops these expensive satellites and tests them extensively,' " he says.

But the team's younger members were more optimistic. "The mobile phones are designed to be thrown around the room and for people to drop them in water. They're really robust bits of technology," says Jasper Wolfe, a 22-year-old engineer on the project. 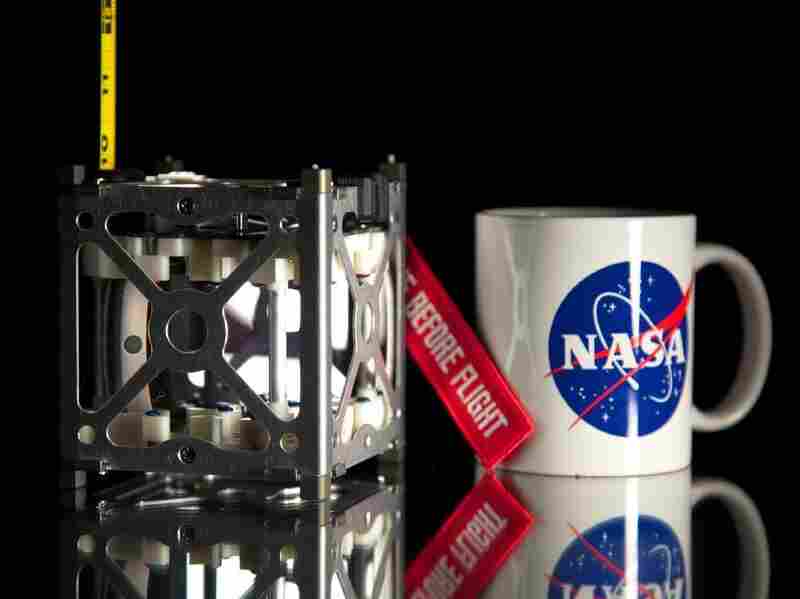 The PhoneSats are approximately the size of a coffee cup. NASA Ames Research Center hide caption 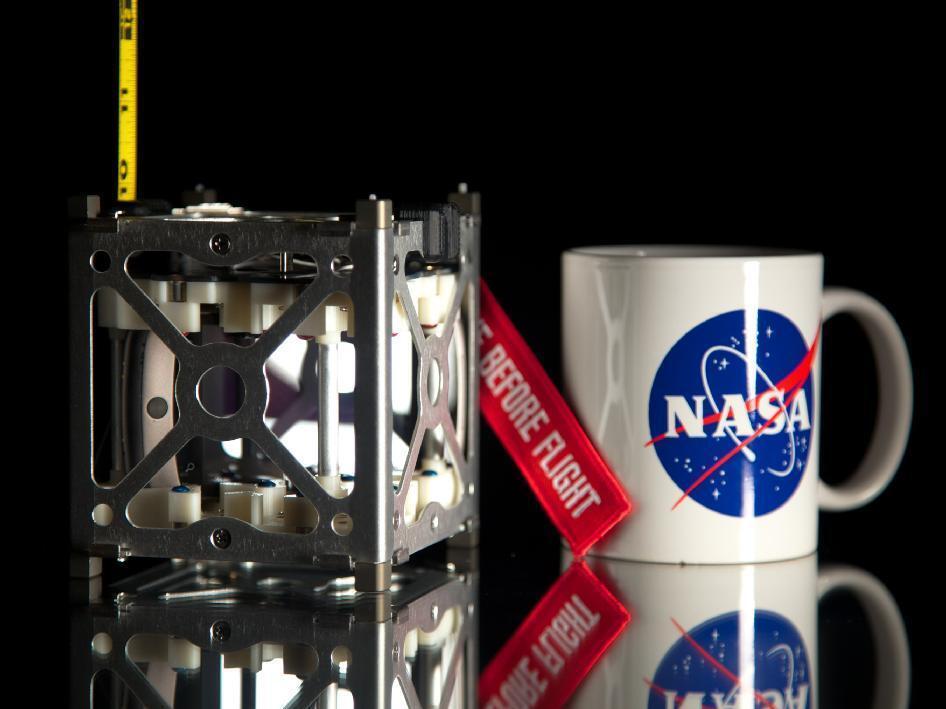 The PhoneSats are approximately the size of a coffee cup.

Wolfe, Cockrell and the rest of the team got a couple of Nexus smartphones from Amazon. They added extras, like plus-sized batteries and a powerful transmitter. They put it all in a metal case about the size of a Kleenex box. But the phones were still ordinary smartphones; they still had games on them. "We played around with Angry Birds on the ground," Wolfe says.

The PhoneSats hitched a ride on the very first flight of a commercial rocket called Antares, which NASA hopes will soon be resupplying the International Space Station.

"Within the first orbit after being released from the launch vehicle, we started receiving signals," Cockrell says. The signals from the satellites, which are named "Alexander," "Graham" and "Bell," are actually picked up by ham radio operators all over the world, who send them to the team at NASA Ames. The team is now in the process of using the small data packets to piece together photos taken by the different PhoneSats' cameras.

The achievement could mark big changes in the satellite business. Peter Platzer, CEO of NanoSatisfi, a startup company that's about to launch a small satellite into space using money raised on the crowdfunding site Kickstarter, sees a world in which satellites aren't owned solely by powerful corporations and governments.

I think whenever you create this flexible platform that you let people program and decide what their own use is, it becomes really, really hard to predict where the combined genius of mankind will lead that platform.

The satellite he's working on will actually take apps. Users can program them here on Earth and beam them up into orbit. They might make the satellite take a customized photo of the Earth's surface. Or they could turn it out toward space to watch for asteroids.

"I think whenever you create this flexible platform that you let people program and decide what their own use is, it becomes really, really hard to predict where the combined genius of mankind will lead that platform," Platzer says.

The PhoneSats will eventually run out of juice and re-enter the Earth's atmosphere. But Cockrell's going to keep working with Wolfe and the young team — "the kids," he calls them. He finds it inspirational.

"They don't know what they can't do; they haven't been told it's not possible," he says. "That really opens up a lot of creative thinking that somehow tends to go away with time."