Accessibility links
From Poor Beginnings To A Wealth Of Knowledge Herman Blake and his six siblings struggled so much during the '40s that one brother decided to drop out of school and help support the family. A friend of the family stepped in and made sure that didn't happen, despite her own meager means. That sacrifice taught the Blake children the value of an education. 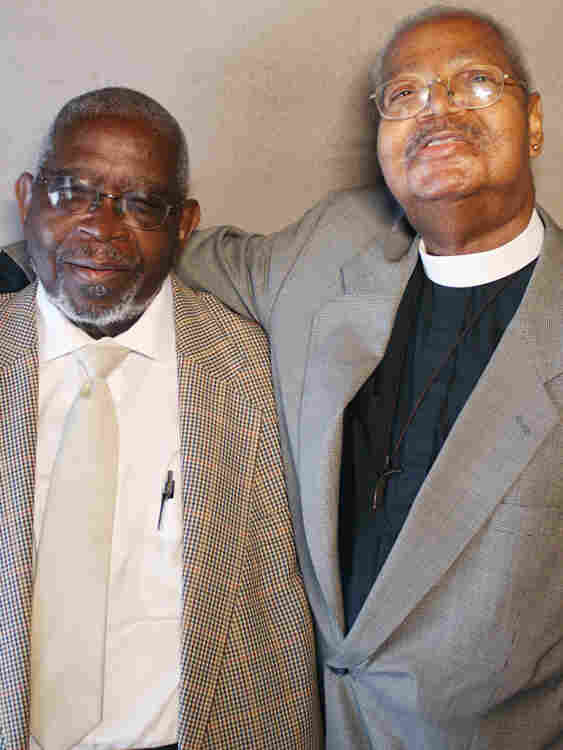 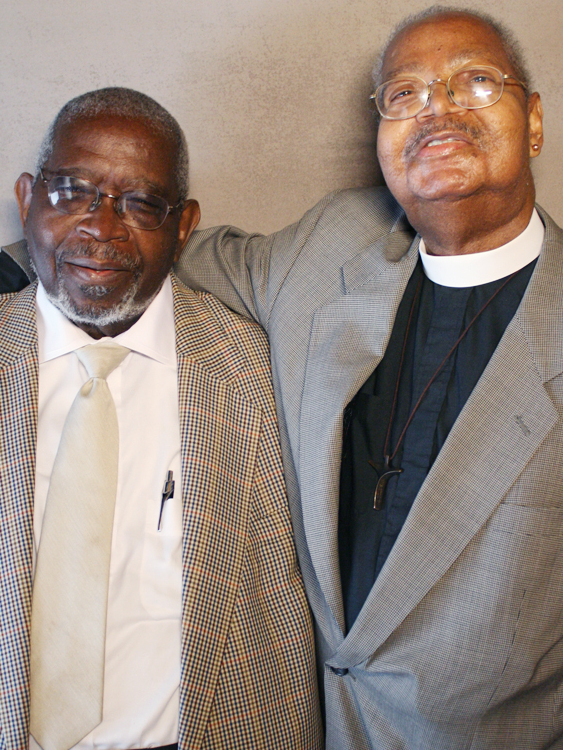 Herman Blake grew up with his mother and six siblings just outside New York City. It was the early 1940s and the family was poor. This shaped their outlook on life.

"When I was growing up the great emphasis was on being able to get a job because we were on welfare, and it was so humiliating," Herman tells his brother Sidney, who is an Episcopal deacon, during a visit to StoryCorps in New York.

One of the Blake brothers, Henry, who wanted the family to stop depending on welfare, decided to drop out of school so he could help take care of their mother.

"So when he got 16, he stopped going to school. And I'll never forget the day the truant officer came and Henry sat there and looked at him and said, 'I am not returning to school.' He was standing up in support of Mama," the 79-year-old Herman says.

But, there was a church member, Lillian Tinsley, who did domestic work. She had no family of her own, but she loved the young people.

"She liked to take the kids and feed them. And, as I remember, she couldn't cook," Herman says to his 73-year-old brother. "And we used to despair about her cooking. And Mama said, 'You eat what she puts in front of you.' "

Ms. Tinsley would get on the bus down on Fifth Avenue to go clean houses all day, but she knew the value of an education.

"And she came to my mother, and she said, 'You send that boy back to school. And from my own limited income, I will give you what he could have made.' "

"Henry's experience there excited my next oldest brother and myself. And, of my mother's seven children, all of us completed high school. Six of us completed college degrees. And two of us got doctorates," Herman says. "So I consider that the legacy of an unheralded domestic worker named Lillian Tinsley.

"And I can never forget her."

Herman Blake received his doctorate from the University of California, Berkeley, went on to become a professor of Sociology at UC Santa Cruz in 1966 and founding provost of Oakes College from 1972 to 1984. He'll be honored at UCSC this weekend.