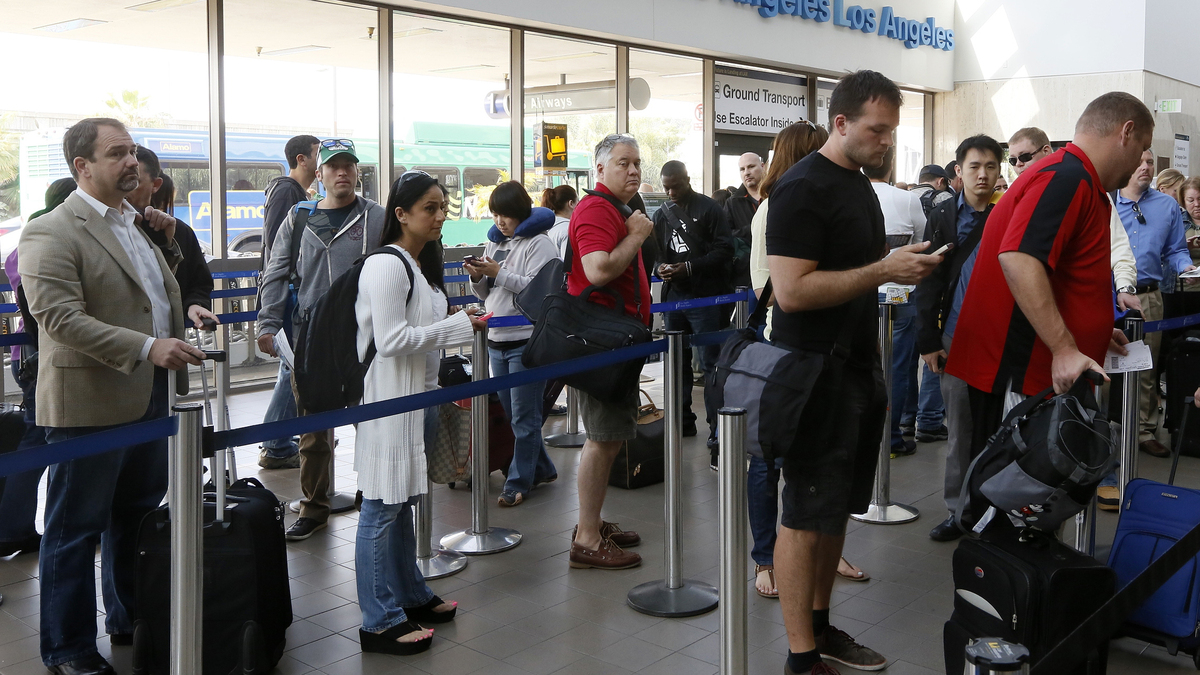 The U.S. Congress — a body not exactly known for its swift feet — raced Friday to complete legislation to help travelers avoid delays at airports.

The House voted 361-41 to approve legislation that the Senate passed without objection late Thursday. The bill gives the Federal Aviation Administration more spending flexibility to cut its budget while avoiding furloughs of air traffic controllers.

Elected officials reacted with extraordinary speed to the growing industry and consumer anger over flight delays, especially in the Northeast. The National Air Traffic Controllers Association says it compiled FAA data showing that from Sunday through Wednesday of this week, air carriers experienced 8,804 flight delays, compared with 2,795 delays in the same Sunday-through-Wednesday period in April 2012.

It's never easy to precisely identify the cause of delays because often they result from some combination of weather, staffing levels and operational glitches. For example, delays caused by a thunderstorm can be exacerbated by a shortage of controllers to help get flights back on track after the storm ends. Exactly which of the resulting delays can be attributed to the storm alone or to the staffing levels can be a matter of debate.

But aviation experts say that without question, a big reason for the tripling in delays this week was the reduction in the number of on-duty controllers.

"Obviously, traffic patterns and weather patterns change day to day," said Doug Church, a spokesman for the controllers union. But the surge in delays reflects the reduction in controllers, he said.

"Not only is staffing causing delays in a large part, but also delays due to weather are worsened because of the [lack of] staffing," he said.

Church gave this example: At one point Thursday, O'Hare International Airport in Chicago was accepting 72 planes per hour, down from its normal 114, because of reduced staffing. But the airport was also operating under a cloud cover that prevented controllers from performing visual approaches to the airport.

He says that the delays increased because the control tower did not have enough staff to perform concurrent instrument-landing-system approaches.

Aviation consultant Michael Boyd, head of Boyd Group International, said that delays "absolutely" jumped because of the staffing levels and in fact "the delays were even worse than we know."

That's because flight delays cascade through the system, he said. For example, a flight may get held up in New York, and that delay gets attributed to the staffing troubles. But then that flight arrives late to its destination, causing delays at that airport, yet the subsequent delays won't get linked directly to the furloughs, Boyd said.

All of that has left airline executives fuming because they already are struggling to keep their companies solvent, Boyd said. "They were worried they wouldn't make any money this year," he said.

The problem with delays began on Sunday when the FAA started decreasing the ranks of controllers to stay within the reduced budget that took effect March 1. That's the date when congressionally mandated, automatic spending cuts began kicking in under the so-called sequestration process.

The FAA said Congress left it with no choice but to furlough 47,000 workers for up to 11 unpaid days each between now and the fiscal year's end on Sept. 30. Those furloughs included nearly 15,000 flight controllers and other workers needed to keep flights moving on time.

With fewer controllers on duty, the FAA said it had to decrease the number of departures and landings, particularly during peak periods. Those "traffic management" changes led to thousands of flight delays, especially in regions with crowded airspace, like the New York City area.

Many Republicans complained that the White House was having the FAA make cuts that inflicted the most pain on travelers to drum up opposition to budget cuts. For example, Republican Rep. Bill Shuster of Pennsylvania, chairman of the House Transportation Committee, said in a statement that the FAA had the power "to reduce costs elsewhere, such as contracts, travel, supplies, and consultants, or to apply furloughs in a manner that better protects the most critical air-traffic-control facilities."

But FAA Administrator Michael Huerta told a Senate committee earlier this month that the automatic spending cuts left the agency with no spending flexibility.

The new legislation allows the FAA to shift $253 million around among accounts to provide the spending flexibility to end the controller furloughs.

White House press secretary Jay Carney said in a statement that the legislation will help travelers, "but ultimately, this is no more than a temporary Band-Aid that fails to address the overarching threat to our economy posed by the sequester's mindless across the board cuts."

The airlines cheered the congressional action. "The winners here are the customers who will be spared from lengthy and needless delays," Calio said.

But some Democrats objected, saying Congress should be ending the entire sequestration, not just giving the FAA a way to work around a portion of it. On the floor of the House, Democratic Whip Steny Hoyer of Maryland said he opposed the bill. "We ought not to be mitigating the sequester's effect on just one segment, when children, the sick, our military and many other groups who will be impacted by this irresponsible policy are left unhelped."

NPR's Matt Stiles and Tamara Keith contributed to this report.