Accessibility links
When Clarence Thomas Wrote To George Jones Among the many treasures that could be found on George Jones' wall of fame: a framed letter from Supreme Court Justice Clarence Thomas, who wrote to tell Jones how much the country superstar's music had helped him through good times and bad. 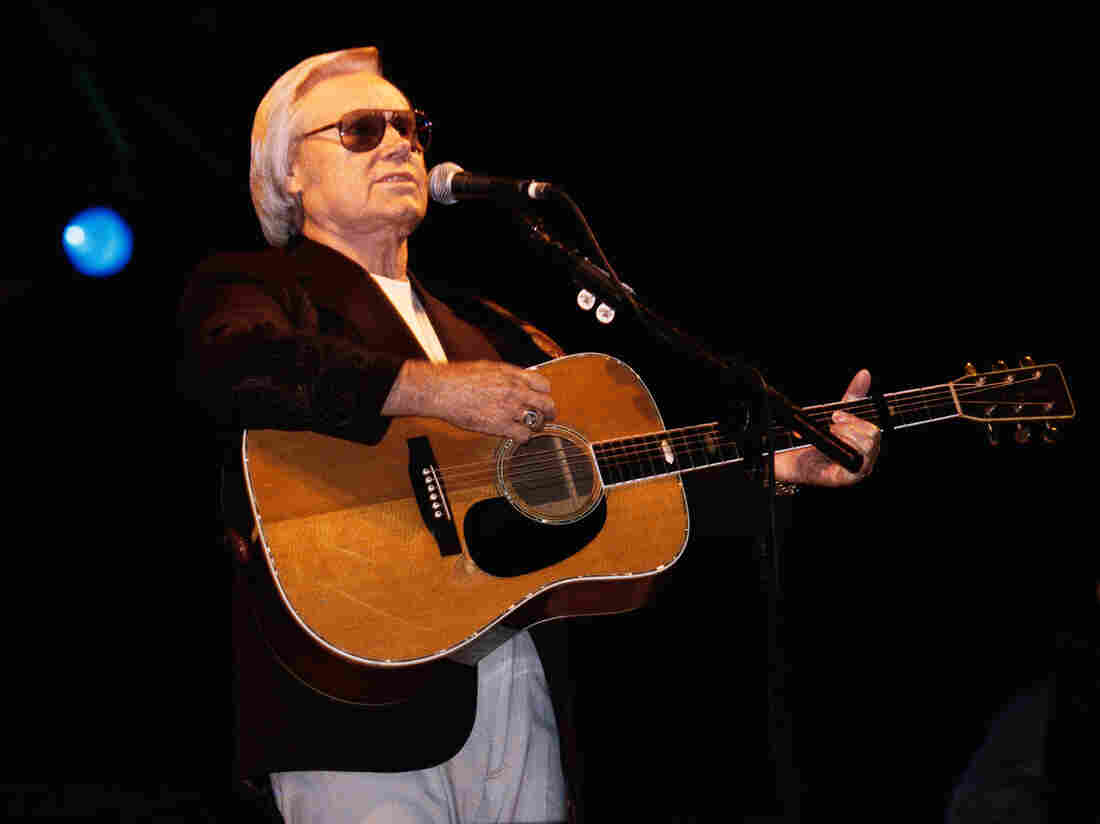 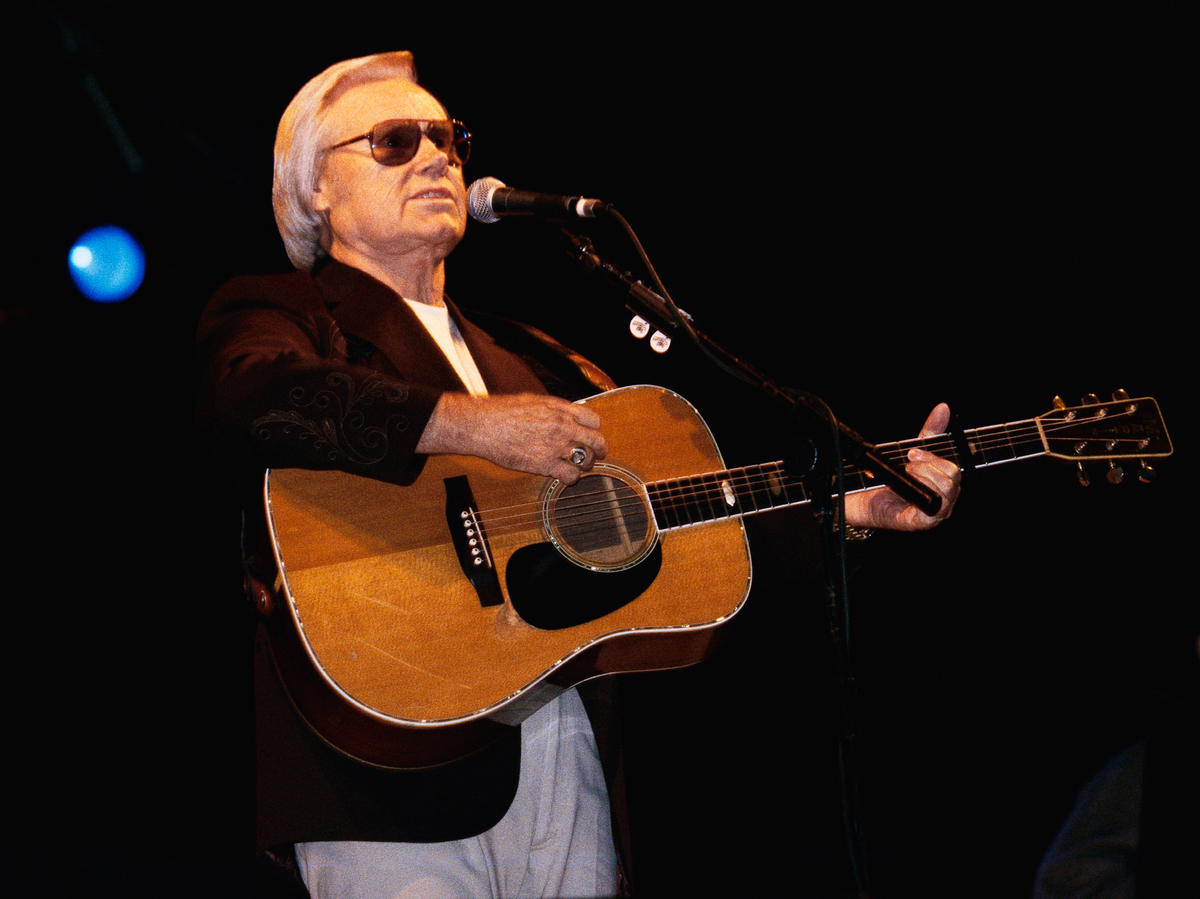 The news today that the great country singer George Jones had died at age 81 left me flooded with memories of my visit with him in 2010.

I went to his sprawling estate in Franklin, Tenn., to interview Jones for our "50 Great Voices" series. After our interview, he took me on a tour of his basement "museum." "I enjoy coming down here," he told me. "I walk through and reminisce a little."

The rooms were lined with his hit records. Country singles charts with his songs perched at the top. Photos of George Jones with just about everybody. Stuffed opossums, in honor of his nickname, "The Possum."

There on the wall, I spotted a fascinating oddity: a framed letter to George Jones from none other than Supreme Court Justice Clarence Thomas.

It's printed on Supreme Court letterhead, dated Sept. 10, 1993. Justice Thomas begins by thanking Jones for having sent him two letters, several cassette tapes and a CD. 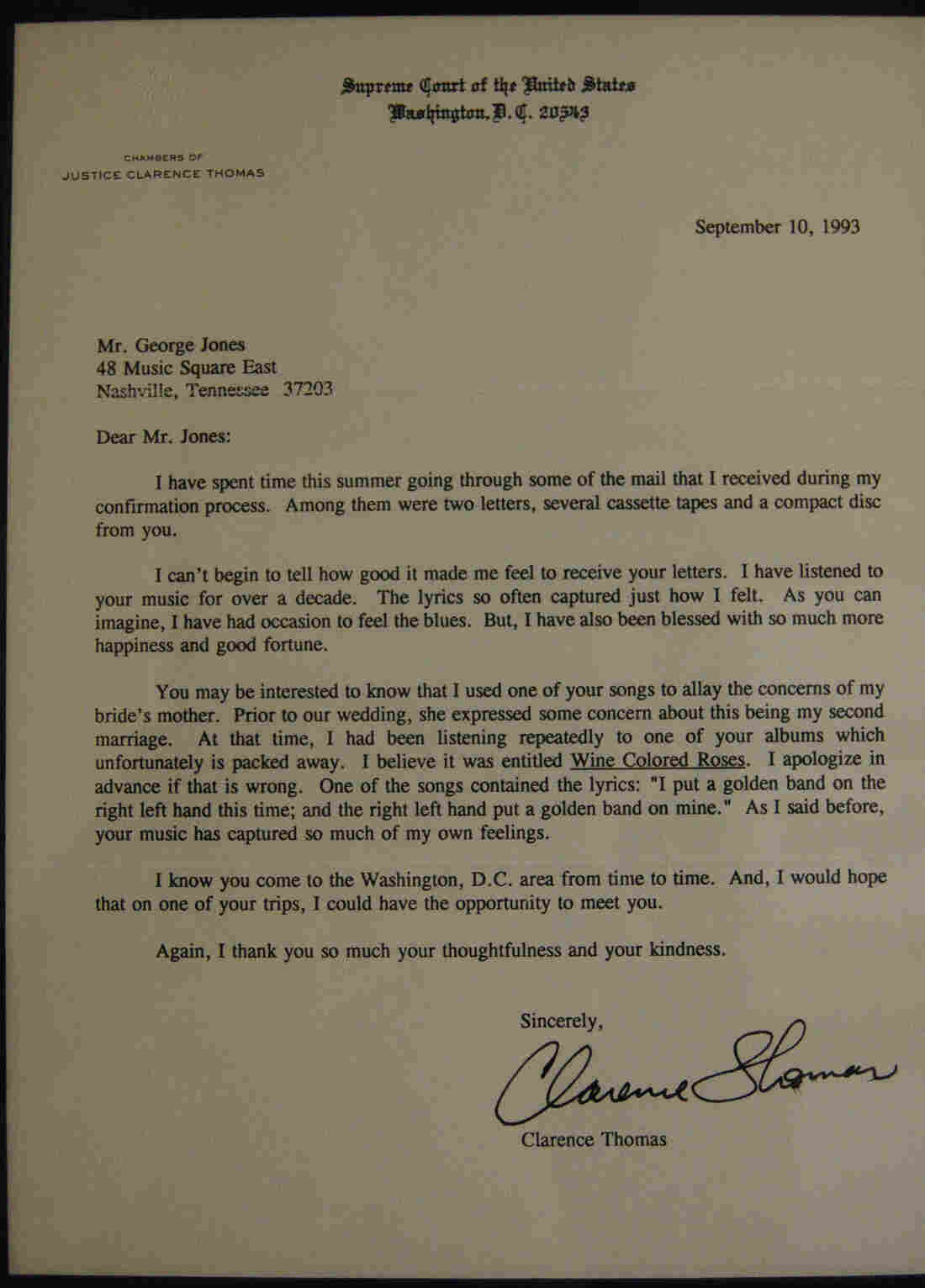 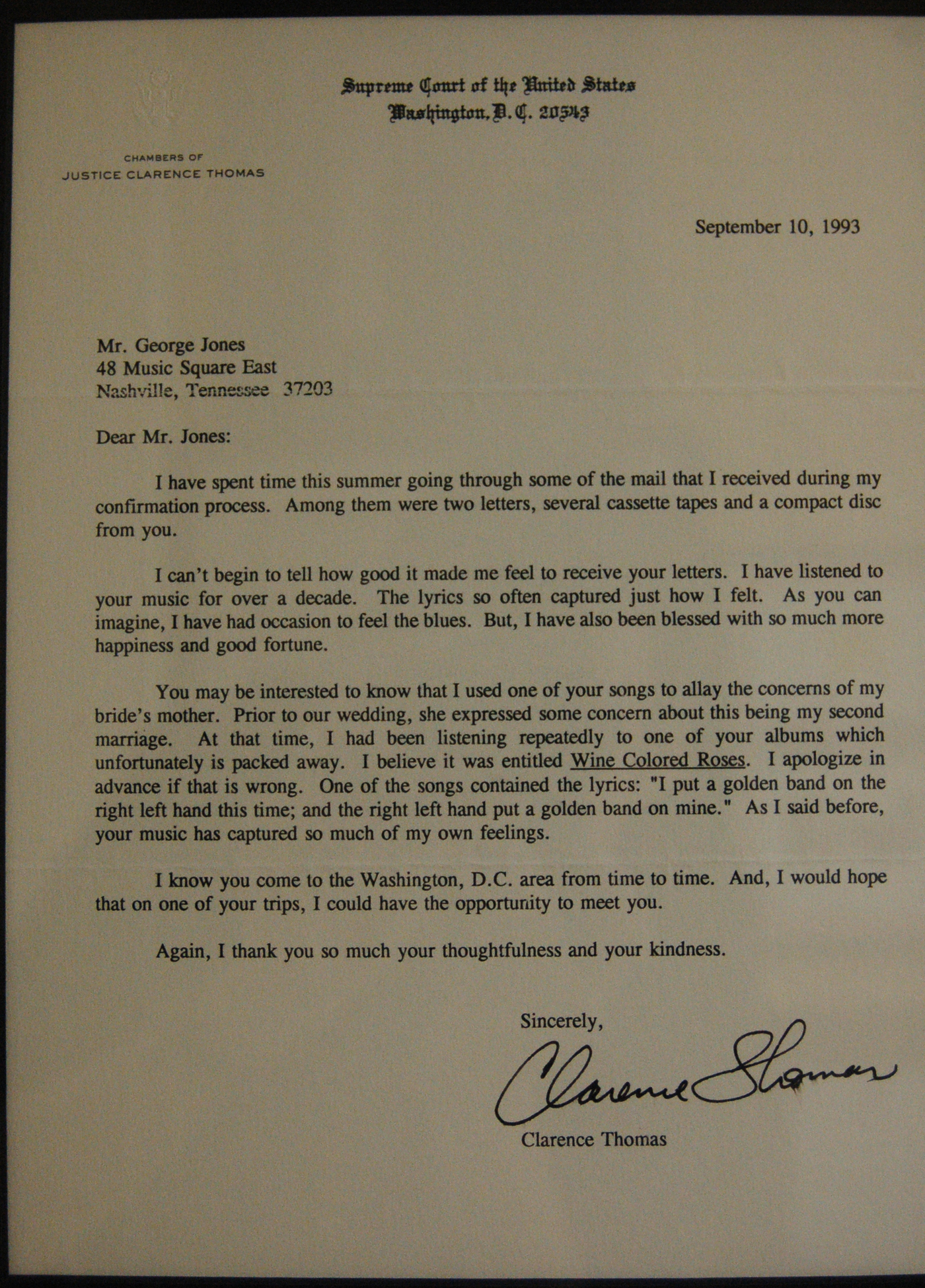 It turns out, Justice Thomas is a big Possum fan. "I can't begin to tell how good it made me feel to receive your letters," he writes. "I have listened to your music for over a decade. The lyrics so often captured just how I felt. As you can imagine, I have had occasion to feel the blues. But, I have also been blessed with so much more happiness and good fortune."

"You may be interested to know that I used one of your songs to allay the concerns of my bride's mother. Prior to our wedding, she expressed some concern about this being my second marriage. "

(Note: Justice Thomas is referring to his 1987 wedding to his wife, Virginia.)

He continues, "At that time, I had been listening repeatedly to one of your albums which unfortunately is packed away. I believe it was entitled 'Wine Colored Roses.' I apologize in advance if that is wrong."

(His memory was correct.)

"Right Left Hand" is all about finding love after lots of false starts ("I cried a million tears, down through the years / Searching for that special one / And the vows I took before, were all for ever more / But no matter how I tried they came undone.")

Now Justice Thomas doesn't specify just how he used this song to allay his future mother-in-law's concerns: Did he play it for her? Quote her the lyrics? We just don't know. My guess is he didn't want her to focus on the verse where Jones sings about a life of enduring passion: ("I'll never have to plead for the love that my heart needs / She'll be close enough to touch / And when the nights are long and cold, she'll be there to hold / All dressed up for one more night of love.")

So next time someone asks you, "What do Supreme Court Justice Clarence Thomas, Keith Richards and Elvis Costello have in common?" you know the answer: All of them are big fans of George Jones.