Accessibility links
When Tonys Tap Faves, Look For These Names The nominations for the 67th Tony Awards are due April 30, and Barbara Chai of The Wall Street Journal has seen pretty much every show on Broadway this season. NPR's Scott Simon talks with Chai about what she loved, what she hated and what's likely to make the Tony cut. 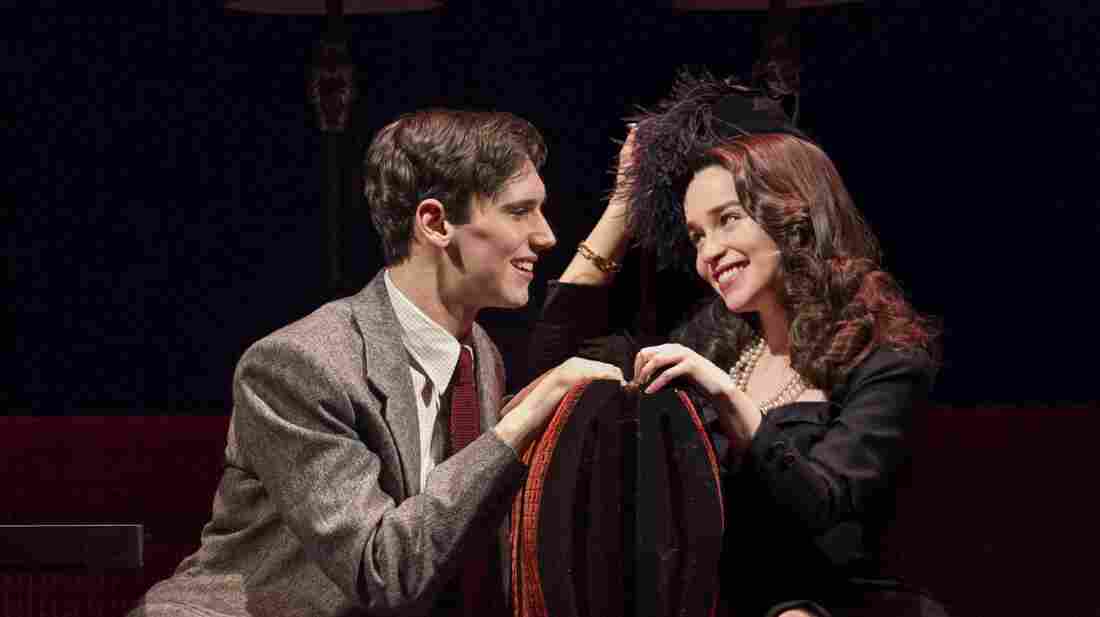 Fred (Cory Michael Smith) and Holly (Emilia Clarke) in a scene from the recent Broadway adaptation of Truman Capote's Breakfast at Tiffany's. The show, which received a slew of negative reviews, closed after only 38 performances. Used With Permission hide caption

Nominations for the Tony Awards, Broadway's annual honors, will be announced April 30. Among the shows eligible: loud London transplants like Matilda the Musical, a new play by David Mamet, a revival of David Mamet, two revivals of Clifford Odets and a revival of the '70s musical Pippin.

Lots of Hollywood stars have made the trek to Broadway this season, ranging from Scarlett Johansson in Cat on a Hot Tin Roof to Tom Hanks in Norah Ephron's last play, Lucky Guy.

NPR's Scott Simon took a few minutes to talk with The Wall Street Journal's Barbara Chai, an arts and entertainment reporter who has seen just about every show on Broadway this season. They discussed the hits, the misses and some likely surprises in this year's Tony Awards race.

On the high-profile stars up in lights this season 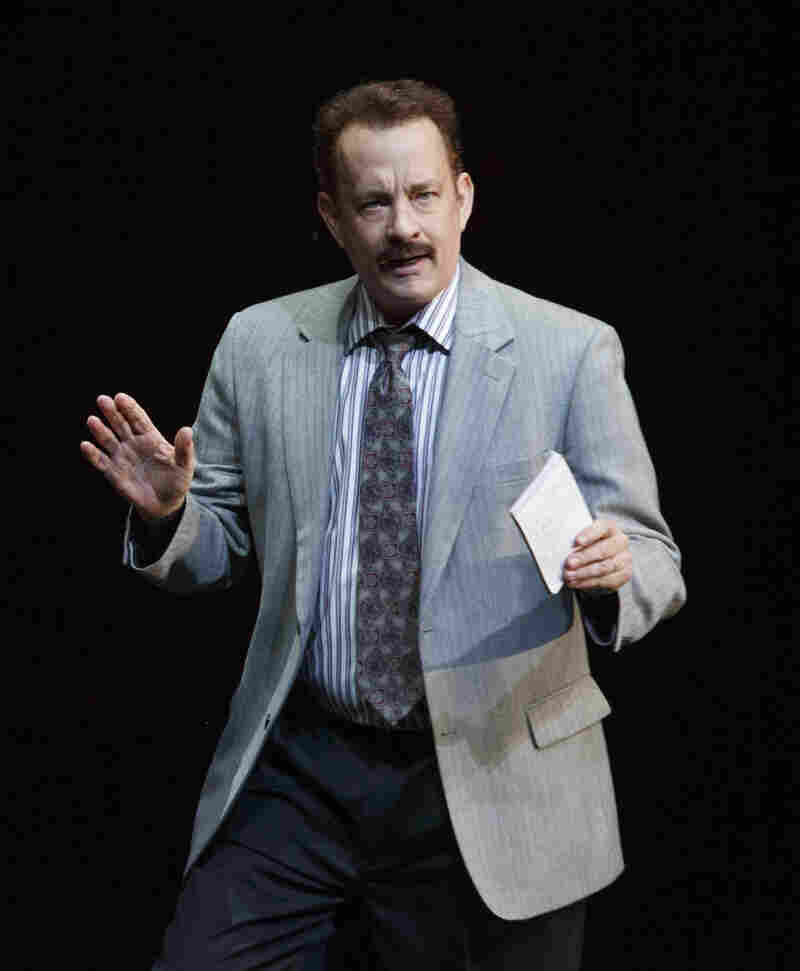 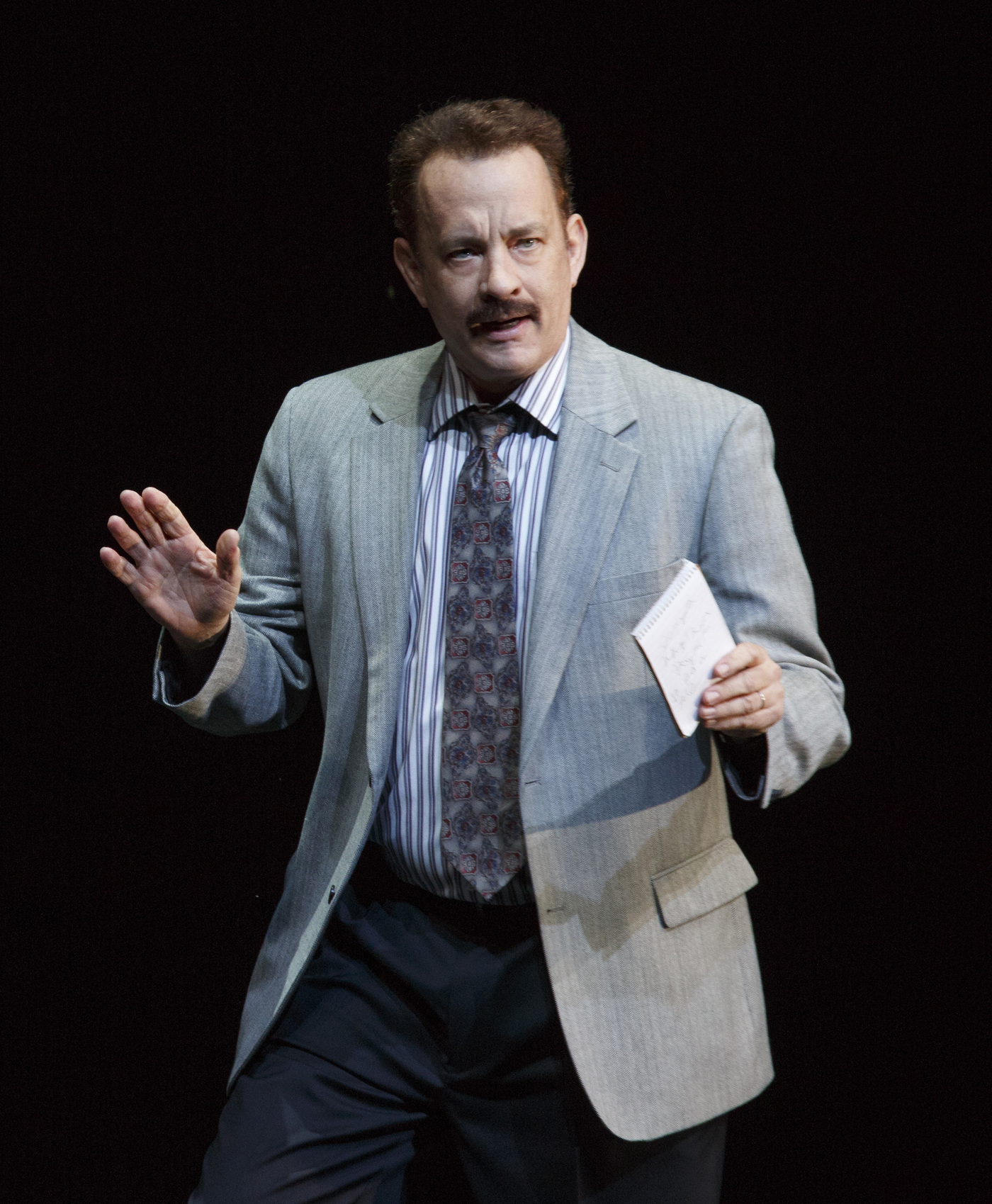 "The Tony board will probably look to nominate some of these A-list stars, because that kind of guarantees more viewership [for the awards broadcast]. But a lot of the time they'll be invited in any case, if their play has been nominated for best play or their musical for best musical. ... This season in particular, there have been a number of these celebrities, and I have to say, most of them have actually done a great job. Tom Hanks, it was his Broadway debut in Lucky Guy. He's probably a name to look for on Tuesday when they're announced.

"In the musical category, you have some great performances by people who are not as, let's say, A-list. Bertie Carvel, he's likely to be nominated and [be] a strong contender for best actor in a musical for Matilda. He won the Olivier Award for this performance [when the show was in London]. He plays actually a headmistress, a woman — Miss Trunchbull in the famous Roald Dahl story — and does a phenomenal job."

On whether Matilda is the musical to beat

"I believe so; for sure, this is one of the most innovative shows I've seen in a long time. And interestingly, you know, a lot of people think London sort of has the upper hand over Broadway for new plays, straight plays. But this is a musical. ... It was subsidized by public funding at the Royal Shakespeare Company before it transferred to the West End.

"And I, when I spoke to Bertie about playing Miss Trunchbull, he's a firm believer in this — in public funding of the arts. And he believes it's one of the main reasons this show is so innovative. I mean, Roald Dahl explores darker themes in the book, and I think that when they transferred it to a musical, they wanted to stick by that. And so it is a darker, edgier show compared with, let's say, Annie."

On which shows are worth betting on

"Pippin, by Diane Paulus, who won last year for Porgy and Bess, is also amazing — so innovative, it's like Bob Fosse reincarnate.

"So Pippin, best revival; Matilda likely best musical, although Motown and Kinky Boots, you know, they're putting up a good fight as well.

"In the play category, especially new play is going to be difficult. We have John Logan's I'll Eat You Last, we have Norah Ephron's Lucky Guy. The Nance [a Nathan Lane vehicle about an aging burlesque-era performer]. Sharr White wrote The Other Place, which is practically a one-woman show, for Laurie Metcalf, so is this going to be a difficult one to watch.

"And in the revival, you know, David Mamet's Glengarry Glen Ross and Macbeth — but as I've said all season, I think Who's Afraid of Virginia Woolf? is probably the one to beat in that category."

On the shows that didn't sizzle this season

"Unfortunately there were a flew flops, I have to say. Among them is David Mamet's new play The Anarchist. This was highly anticipated, starring Debra Winger and Patti LuPone, and I saw it and unfortunately it just flopped. It closed pretty early.

"The Performers is another show that, while funny, just didn't seem like it was really Broadway-worthy. And also in the musical category, Hands on a Hardbody — you know, it's a cast that also had to keep their hands on a truck the entire show. So you can imagine the challenge for choreography, dance, all the things we associate with a musical. ... Not the easiest thing to pull off."

"Breakfast at Tiffany's -- this is a difficult one to pull off. How do you inhabit Audrey Hepburn on a stage? And props to Emilia Clarke, who's a star from Game of Thrones, who probably did draw in a lot of crowds. But she just, on stage, didn't have that same presence. ... It's a difficult one, and the adaptation itself was a little loose, and unfortunately this one also [closed] early."

On whether Tonys or tweets move more tickets

"I think that the Tony nominees, much like Oscar nominees, are kind of a curation. And so it's telling the public, 'These are the four plays or the four musicals you should see; these are the five performances you should pay attention to.' And it does tend to lead to increased sales.

"And that's why when I speak with producers, a lot of them intentionally hold their productions [open] long past the Tonys in the event that they might win, so that afterward they can reap some more benefit [in] ticket sales."