Accessibility links
Can Online Shows Be Habit-Forming? Soaps May Provide Some Clues An experiment to bring back canceled soaps online may give some clues to whether viewers are ready to form habits around online streaming the way they once did around TV sets.

Can Online Shows Be Habit-Forming? Soaps May Provide Some Clues

Can Online Shows Be Habit-Forming? Soaps May Provide Some Clues 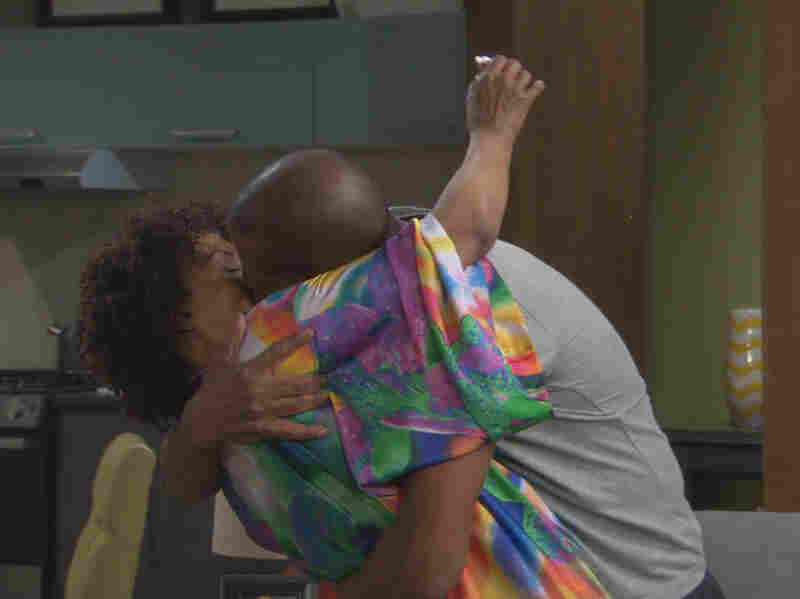 Debbi Morgan and Darnell Williams in a scene from the online-only premiere of All My Children. Screenshot hide caption 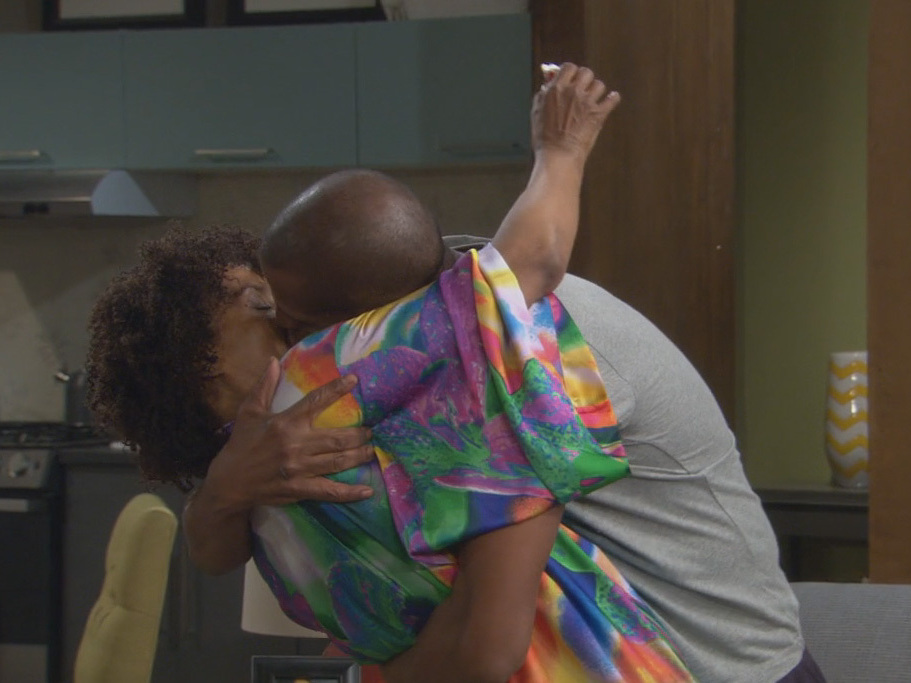 Debbi Morgan and Darnell Williams in a scene from the online-only premiere of All My Children.

In the world of television, there's nothing quite like a soap habit. People watch characters evolve not over the 10 or 15 seasons that might mark a long run in prime time, but over 30 or 40 years, until they have kids and grandkids — sometimes played by the same actors the entire time.

That's what has made the cancellation in recent years of big chunks of the soap lineup so upsetting to people — most recently in 2011, when ABC canceled both All My Children and One Life To Live. As All Things Considered reported over the weekend, both of those shows are making their debut today online at Hulu, a streaming service that will carry both exclusively, with much (but not all) of their casts intact. [CORRECTION: iTunes has them also, as explained a couple of paragraphs down — Hulu is the only place you can see them free. Apologies.]

The question, of course, is whether anybody is going to watch, and if so, who?

Traditionally, soaps are habit-based. People pop the TV on while they're having lunch, or in the break room, or in the dorm room, and the habit reinforces itself. It's not that soap fans didn't embrace VCRs and DVRs and time-shifting in general, but the original soap model is rhythmic; it's about the show fitting into your day somewhere that's predictable. The model for making money off that habit was relatively simple: viewers tune in, they watch ads, the show gets paid for.

Hulu has ads, too, but there are fewer of them, and they can be packaged differently — when I watched AMC this morning, it offered me one long commercial at the beginning in exchange for seeing the rest of the show without any at all — and they can't be skipped, unlike time-shifted ads on a DVR. At the same time, audiences are expected to be smaller; The New York Times reported yesterday that while these soaps pulled about three million viewers on ABC, they'd break even with about half a million when you combine Hulu, Hulu Plus (a paid service that will offer back episodes as well as new ones) and iTunes.

One big question concerns the fact that soaps on television have traditionally skewed toward older audiences. Back in 1994, one Kaiser Family Foundation study found that viewing was highest in young women (18-29) and older women (50 and over). But Reuters reported that as of the end of All My Children's run on ABC, the median viewer age was 57. Hulu, on the other hand, has a younger viewer base — earlier in April, it was reported to have an average age of 38.

So the challenge for Hulu is presumably in two parts: they need a younger audience (candidly, you can't just let the audience age and age and then die), and they need to keep a base level of the older audience that has sustained these shows always. The opening episode of All My Children on Hulu is fairly transparent on that point — it introduces some younger characters and a high school plot, but also focuses on people who were on when I was a teenager, including Angie and Jesse Hubbard, who became a so-called "supercouple" in the early 1980s and are still making out 30 years later. (And good for them.)

The tension shows at times. On the one hand, soaps can be very traditional and very corny, and on the other, Hulu has apparently opened up the opportunity for not only more explicit sex scenes than I remember from TV soaps, but different language. The way they manage it in the premiere is that the young characters swear and the older characters don't. It makes sense in its way (seeing Adam Chandler say "s---" would be super weird for me personally), and maybe they think younger viewers won't feel like they're watching their grandma's favorite show if it's a little more salty. But if a traditional soap viewer who's been watching since the 1970s makes her way to Hulu and tunes in on the first day, and the first thing she notices is that now Adam Chandler's son says the s-word, how is that going to go over?

They're in a tough spot here. They can afford to sacrifice a certain chunk of the audience, as they've said, and they're already going to lose anybody who won't seek out online television as well as anybody who specifically liked how relatively clean soaps were.

Previously online-only television has largely been billed as event television (like Arrested Development) or limited-run (like Netflix's House Of Cards). Soaps will make an interesting test of whether the most traditional of TV habits can be translated from broadcast to online.