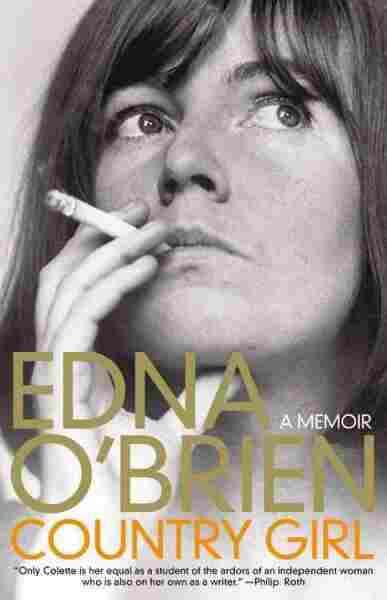 Back in the early 1950s, as a lonely, pregnant young wife already ruing her rash elopement, Edna O'Brien sobbed through the ending of Flaubert's Madame Bovary and wondered, "Why could life not be lived at that same pitch? Why was it only in books that I could find the utter outlet for my emotions?"

This is one of many, many telling moments in Country Girl, O'Brien's exquisite account of her dashing, barrier-busting, up-and-down life — eight decades filled with famous people, some regrettable choices, inadequately reciprocated love and, always, a passion for words and literature. In fact, parts of her life were lived at such a pitch — especially after the 1960 publication of her iconoclastic first novel, The Country Girls, from which her memoir takes its title — that it's no wonder she sometimes lost her balance.

Country Girl offers a far more detailed and intimate picture of O'Brien's life than her elegiac 1976 memoir, Mother Ireland, yet she remains circumspect on her love affairs. For readers of her fiction, scenes from her straitened, rural, County Clare childhood will be familiar. O'Brien grew up in a decaying, once grand house called Drewsboro, where what she shared with her severely pious mother was mainly a fear of her frequently inebriated father.

With "the prodigal blood of the O'Briens" reigning uppermost in her, O'Brien was propelled outward — first to convent school, then to train as a pharmacist in Dublin and, finally, to a writer's life in England. Like so many of her literary heroes — Yeats, Joyce, O'Casey, Beckett — she left Ireland "because of its narrow-mindedness and robust censorship," but it never left her.

O'Brien's first novel changed her life. Dashed off in just three weeks, this now-classic coming-of-age story about two Irish girls addressed the then-taboo subject of women's needs and desires with unprecedented frankness, and it created a furor. The Country Girls was banned and burned in Ireland, and it widened the rift with her mother, who, O'Brien notes, was always "suspicious of the written word." The novel's success also provided "the death knell" to her miserable and, as it turned out, only marriage. 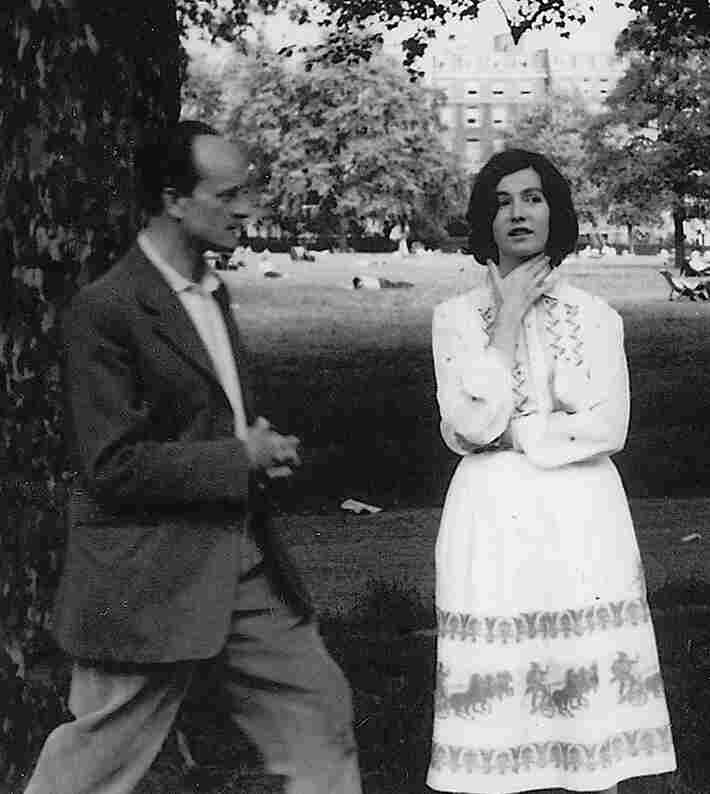 Edna O'Brien is pictured here with her husband, the writer Ernest Gebler, in London in 1959. O'Brien's first novel, The Country Girls, was published a year later. Edna O'Brien/Little, Brown and Co. hide caption 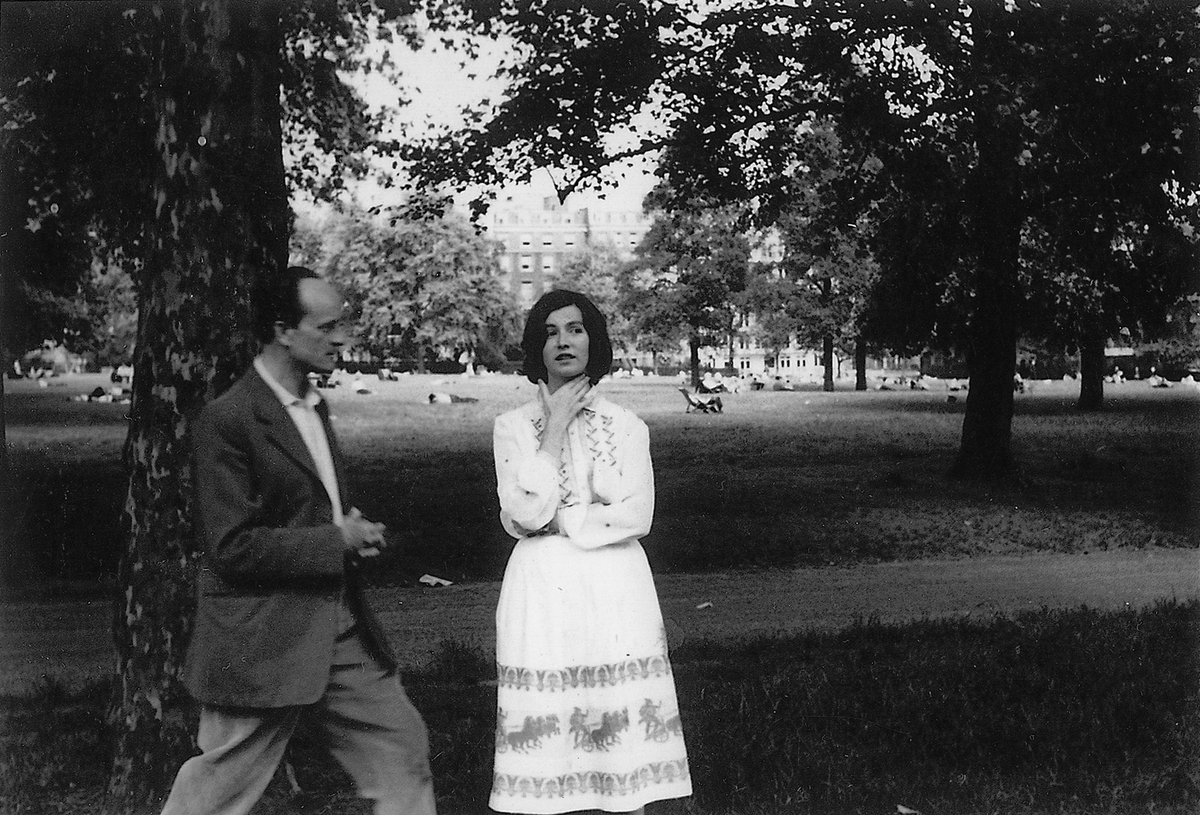 Edna O'Brien is pictured here with her husband, the writer Ernest Gebler, in London in 1959. O'Brien's first novel, The Country Girls, was published a year later.

O'Brien's writing career, fame and considerable beauty all blossomed and peaked in the 1960s and 1970s, not long after her harrowing fight to win back custody of her two sons. Oddly, O'Brien never comments on her striking good looks and their effect on her life, but stunning photographs scattered throughout this book, including Lord Snowdon's dreamy portrait for The Sunday Times of London in 1970, suggest they must have played a role.

It was during this heady period that O'Brien, who was regularly turning out novels and plays, threw weekly parties attended by such luminaries as Len Deighton, Roger Vadim, Jane Fonda, Sean Connery, Shirley MacLaine and Scottish psychiatrist R.D. Laing — under whose treatment she disastrously experimented with LSD. She describes a one-night stand with actor Robert Mitchum and chaste nights with Marlon Brando and Richard Burton. Paul McCartney once accompanied her home and sang a lullaby to her sleepy sons.

All this name-dropping is in sharp contrast to her frustrating circumspection about her lovers. She makes it clear, however, that celebrities were the glamorous side of her life, the yin to the yang of her single-motherhood and solitary hours spent writing. "It still baffles me how I came to know all these people," she writes. "Some serendipity threw us together and united us in the chimera of the 'Swinging Sixties.' It was a more innocent time. The famous were not so famous, and were not surrounded by gloating cohorts."

In one particularly fascinating episode, she describes how, after being felled by a tainted oyster, she was visited in her Paris hotel room by Marguerite Duras, Peter Brook and a taciturn Samuel Beckett — an astonishing trinity of talent. She captures Beckett, her fellow countryman, with succinct brilliance: "Finally I ventured to ask what he was writing, to which he replied, 'Nothing much, and what use is it anyhow?' "

She's a bit more gauzy covering her fluctuating fortunes and bad luck in love, possibly related to her predilection for married men. A sustained low brings her perilously close to suicide: "Love had gone underground. As a writer I was deemed wanton and irrational, my range was thought to be narrow and obsessional, a mere concoction of cliches aimed at foreigners."

Looking back long after the parties are over, O'Brien comes across as wistful and lonely, but tenacious. She notes that she has been called "a bargain basement Molly Bloom" who is past her "sell-by date," yet she perseveres, writing and reading, "lucky enough to be able to immerse myself in those two intensities that have buttressed my whole life."

Country Girl, the memoir O'Brien swore she'd never write, is a generous gift to readers, conveying the enormous challenge — and inspiration — of such intense engagement and spirited independence.

Read an excerpt of Country Girl