Accessibility links
Criminologist Believes Violent Behavior Is Biological In a new book, The Anatomy of Violence, Adrian Raine argues that violent behavior has a biological basis just like depression or schizophrenia. This raises questions about treatment, accountability and punishment, including the death penalty. 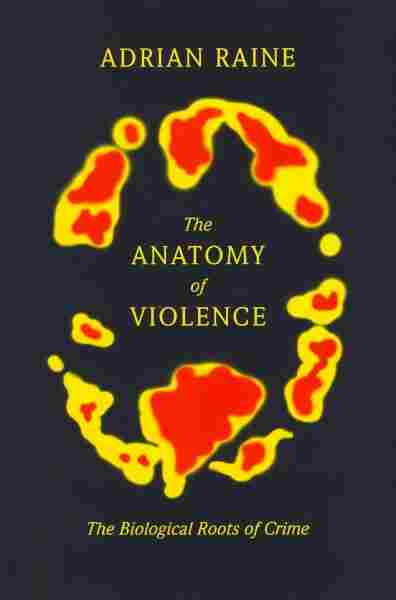 The Anatomy of Violence

The Biological Roots of Crime

Twenty years ago, when brain imaging made it possible for researchers to study the minds of violent criminals and compare them to the brain imaging of "normal" people, a whole new field of research — neurocriminology — opened up.

Adrian Raine was the first person to conduct a brain imaging study on murderers and has since continued to study the brains of violent criminals and psychopaths. His research has convinced him that while there is a social and environmental element to violent behavior, there's another side of the coin, and that side is biology.

Raine says this re-visioning of violent criminals could potentially help direct how we approach crime prevention and rehabilitation.

"I think prisoners ... [are] not motivated to change, really," he says, " ... because they just think they're a bad, evil person. If we reconceptualized recidivistic crime as a criminal disorder, would we make them more amenable to treatment?"

The key question that preoccupies Raine, however, is that of punishment and the question of the death penalty.

"Simply put," he says, "if bad brains do cause bad behavior, if brain dysfunction raises the odds that somebody will become a criminal offender — a violent offender — and if the causes of the brain dysfunction come relatively early in life ... should we fully hold that adult individual responsible?"

"I've got to be careful here. There's no destiny here. Biology is not destiny, and it's more than biology, and there's lots of factors that we're talking about there, and one factor like prefrontal dysfunction or low heart rate doesn't make you a criminal offender. But what if all the boxes were checked? What if you had birth complications and you were exposed to toxins and you had a low resting heart rate and you had the gene that raises the odds of violence, et cetera, et cetera, stuff happening early on in life. I mean, you're not responsible for that. Then how in the name of justice can we really hold that individual as responsible as we do ... and punish them as much as we do — including death?" 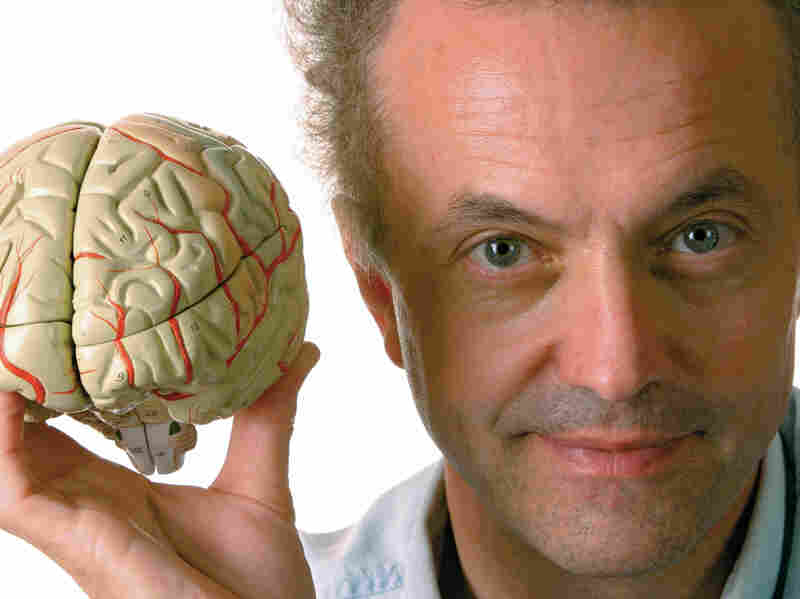 Adrian Raine has studied the brains of violent criminals, including that of serial killer Randy Kraft, aka the "Freeway Killer." University of Southern California hide caption 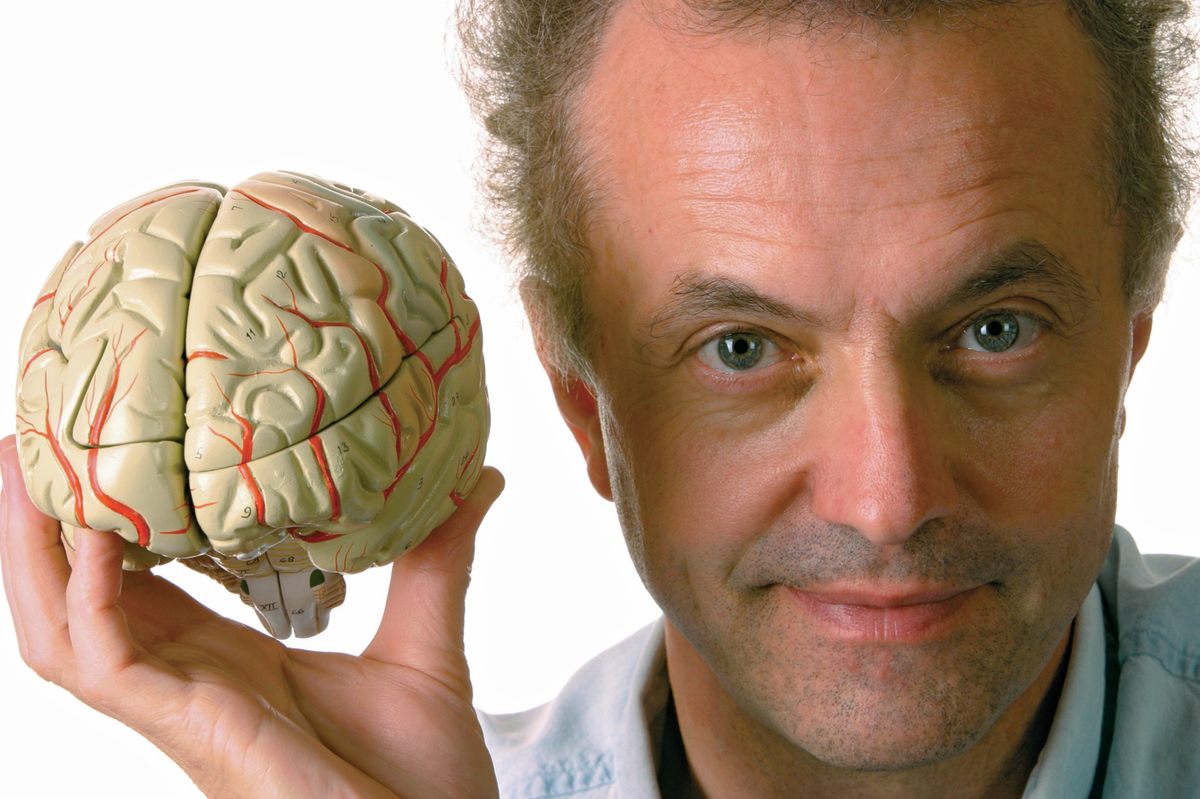 Adrian Raine has studied the brains of violent criminals, including that of serial killer Randy Kraft, aka the "Freeway Killer."

"The most striking thing I found working one-to-one with psychopaths is ... how I really liked being with them, which is shocking and at the time surprising to me but, gosh, I loved dealing with the psychopaths because they were great storytellers. They were always fun. They were always interesting, and I was fascinated most of all with how they could con and manipulate me."

On the possible correlation between lead exposure and violence

"In the '70s, '80s and '90s, violence went up in America. What was causing that? Well, one hypothesis: It was the increase in environmental lead in the '50s, '60s and '70s. You know, lead in gas, for example. So, in the 1950s, little toddlers were playing outside, putting their fingers in dirt, putting their fingers in their mouths and absorbing the lead. Twenty years later, they became the next generation of violent criminal offenders because violence peaks at about 19 or 20. Then what happens is in the 1990s violence begins to come down, as it's been doing. What's partly explaining that? The reduction in lead in the environment. In fact, if you map environmental lead levels over time like that and map it onto the change in violence over time, lead can explain 91 percent of those changes. And to me, it's the only single cause that can both explain the precipitous rise in violence from the '70s, '80s and '90s and also the drop that we've been experiencing."

"It makes you wonder, you know, what put me on one side of the bars in those four years in top-security prison when I was interviewing someone, when maybe with a different life course and other factors in my life, it could have flipped just the other way around? I've got a low resting heart rate. I'm a bit of a stimulation seeker, and, yes, I've got a brain scan like a serial killer. I had poor nutrition as a kid. ... What stopped me [from] becoming a killer, for example, or becoming a violent offender? I was anti-social from the age of 9 to 11. I was in a gang, smoking cigarettes, setting fire to mail, letting car tires down. ... But I've been intrigued: Why didn't I stay on that pathway? And it's an area that we need to do so much more on: protective factors. What protects some people who have some of the risk factors from actually becoming an offender? I think in my life, for example, I had parents who sort of loved me. I always felt loved. There was always a roof over my head. There was always a secure environment. And I got on with my brothers and sisters. You know, and maybe that's the critical ingredient: some love."

"At that point in time, I'd always been against the death penalty. I mean, I'm from England. We don't have the death penalty there, you know. You just think, 'That's crazy, having the death penalty.' After being that victim, I changed my mind about that because it made me feel more about victims' experience and how maybe — maybe in some cases — it could give them a sense of closure. Now I would not be ruled out of the jury on a death penalty case, but I'm not proud of that."

Read More On The Psychology Of Violence

Brain Scans Predict Who's Likely To Be A Repeat Offender April 5, 2013
Creator Of Psychopathy Test Worries About Its Use May 27, 2011

"I'm a Jekyll and Hyde. So there's a Dr. Jekyll inside of me that's done the research, seen these risk factors, done longitudinal studies, documented these early risk factors beyond the individual's control that moves them into a criminal way of life, and that Dr. Jekyll is saying, 'You know, you can't ignore this. You can't turn a blind eye to the biology of violence and the social factors, too.' But there's a Mr. Hyde inside of me ranting and raving and saying, 'Look, I don't want sob stories. I don't want excuses. There's a cause for all behavior. We can always find a cause for behavior. ... It comes from the brain: So what? We found the cause. OK, great.'

"You know, what about the victim? What about how they feel and what about that sense of retribution, you know? What about deterrence? So, I mean, I go backwards and forwards on this, and I bet I'll change my mind again at some point in time. ... The scientist inside of me says, 'You know, that deterrence aspect — especially to capital punishment — that's not working,' and I don't think the science really shows it, too, but ... there's a part of me that says, 'It's an eye for an eye and a tooth for a tooth and a pound of flesh: My throat was slit, his throat should be slit.' I mean, that's just how you feel as a victim. ... Kids need to be socialized and punished for bad behavior, and doesn't that also apply as adults? If you buy into the argument, that Dr. Jekyll inside of me says then all bets are off: Nobody's responsible. You can't have that. That's what Mr. Hyde says."

Read an excerpt of The Anatomy of Violence