Accessibility links
Secret Cash To Afghan Leader: Corruption Or Just Foreign Aid? Afghans are expressing mixed feelings on CIA cash payments to President Hamid Karzai. Many say the practice is wrong and symbolizes the widespread corruption in the country, while some see it as just another form of foreign assistance. 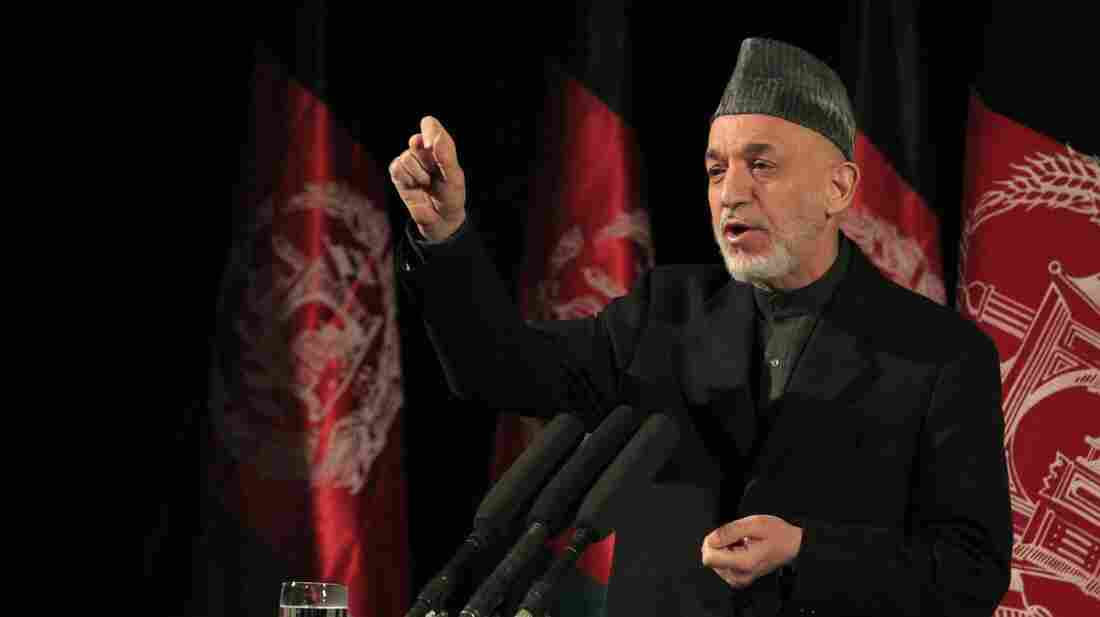 Afghan President Hamid Karzai acknowledged a report this week that the CIA has regularly been sending him money. Afghans seem to have mixed feelings. The president is shown here speaking at an event in Kabul on March 10. S. SABAWOON/EPA/Landov hide caption 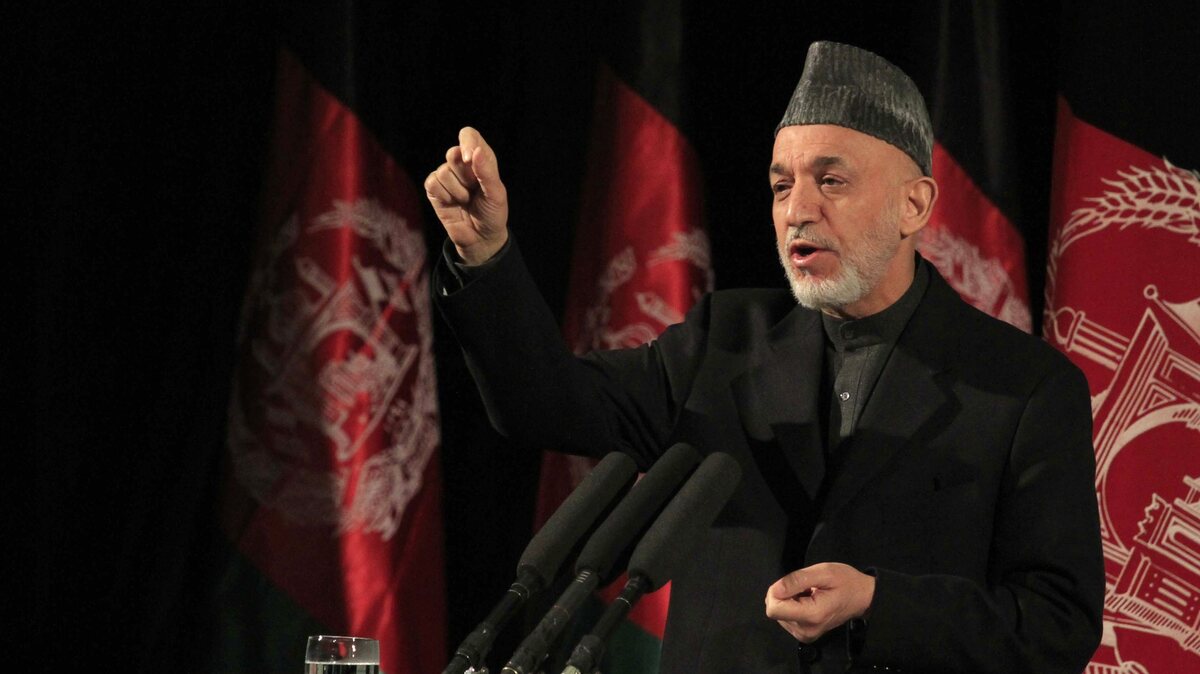 Afghan President Hamid Karzai acknowledged a report this week that the CIA has regularly been sending him money. Afghans seem to have mixed feelings. The president is shown here speaking at an event in Kabul on March 10.

After a report in The New York Times this week, Afghanistan President Hamid Karzai has acknowledged that the CIA has been secretly delivering bags of money to his office since the beginning of the war more than a decade ago.

The money is allegedly used to buy loyalty — that of Karzai and the people he doles the cash out to. Karzai said he has received "small amounts" of money from the U.S. and he's grateful for it.

But many politicians, pundits and people on the street aren't so happy about the secret stash.

Political analyst Bashir Bezhand is among them.

Speaking to a news anchor on Afghanistan's Tolo TV, Bezhand said it is a "scandal" and an "insult" to the people of Afghanistan. He said Karzai should answer publicly for what many consider a crime: receiving tens of millions of dollars in ghost money from the CIA, much of which has gone to family, cronies, politicians and warlords, according to sources who spoke to The New York Times.

The Fallout At Home

Several Afghan senators commented in the local media that Karzai has violated national sovereignty by accepting the cash.

But other senators, especially those appointed by Karzai, say it's not a big deal.

The ghost money is financial support to the presidential palace, she says, and such payments are made in mutual agreement between two parties.

But most people on the street in Kabul don't see it that way.

"It's harmful for Afghanistan, because this money is given to the warlords in secret, and it's not clear whether they spend money on weapons or building huge houses for themselves," Wali says.

Mohammad Rahman says the revelation doesn't surprise him. The 42-year-old shopkeeper sees it as more of the same.

"Before, it was leaked that Iran was making cash payments to Karzai," Rahman says. "This time, CIA's support was leaked."

Karzai has acknowledged receiving cash payments from Iran. Those payments reportedly stopped when Karzai signed a strategic partnership agreement with the U.S. despite Iranian protests.

Return On The Investment

According to the presidential palace, the CIA money is being used for charitable purposes, but few believe that's the case.

"As a president, it's shameful for him to take money directly from an intelligence organization," says Atiqullah Baryalai, a former Afghan deputy defense minister.

He says Karzai was using the money to buy loyalty, not to serve the interests of the country. But Baryalai believes the CIA did get some return on its investment.

"In some extent [Karzai] kept quiet, or kept him on the track with America or CIA," Baryalai says.

But not quiet enough, apparently. Baryalai believes that Karzai's growing criticisms of U.S. and CIA activities in Afghanistan pushed the CIA to leak the story in order to punish the Afghan president. And several Afghan senators have said they find the timing of the story suspicious — that it's a conspiracy between the U.S. government and the media to influence the negotiations over a long-term security pact between Afghanistan and the U.S.

NPR's Sultan Faizy and Aimal Yaqubi contributed to this story.