Accessibility links
Why Chemical Weapons Have Been A Red Line Since World War I The use of chemical weapons has been taboo since World War I, when poison gas inflicted a million casualties. Despite the destruction of large stockpiles, controlling or destroying remaining weapons remains tricky. 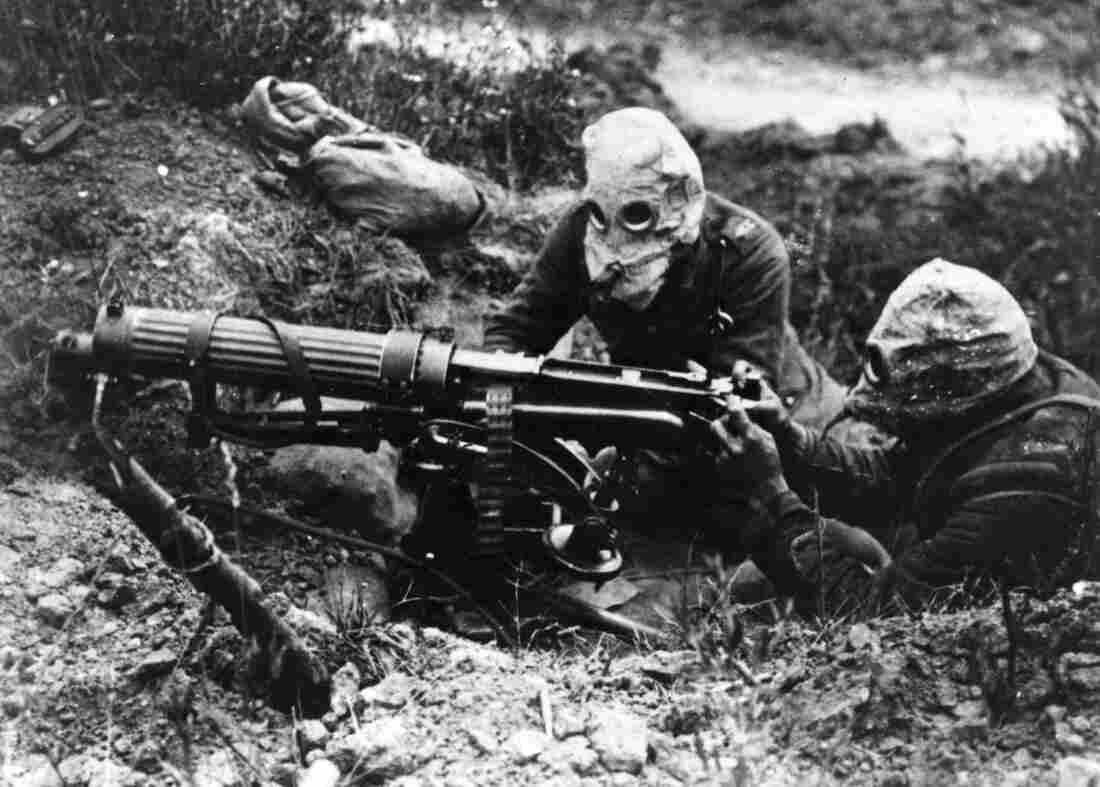 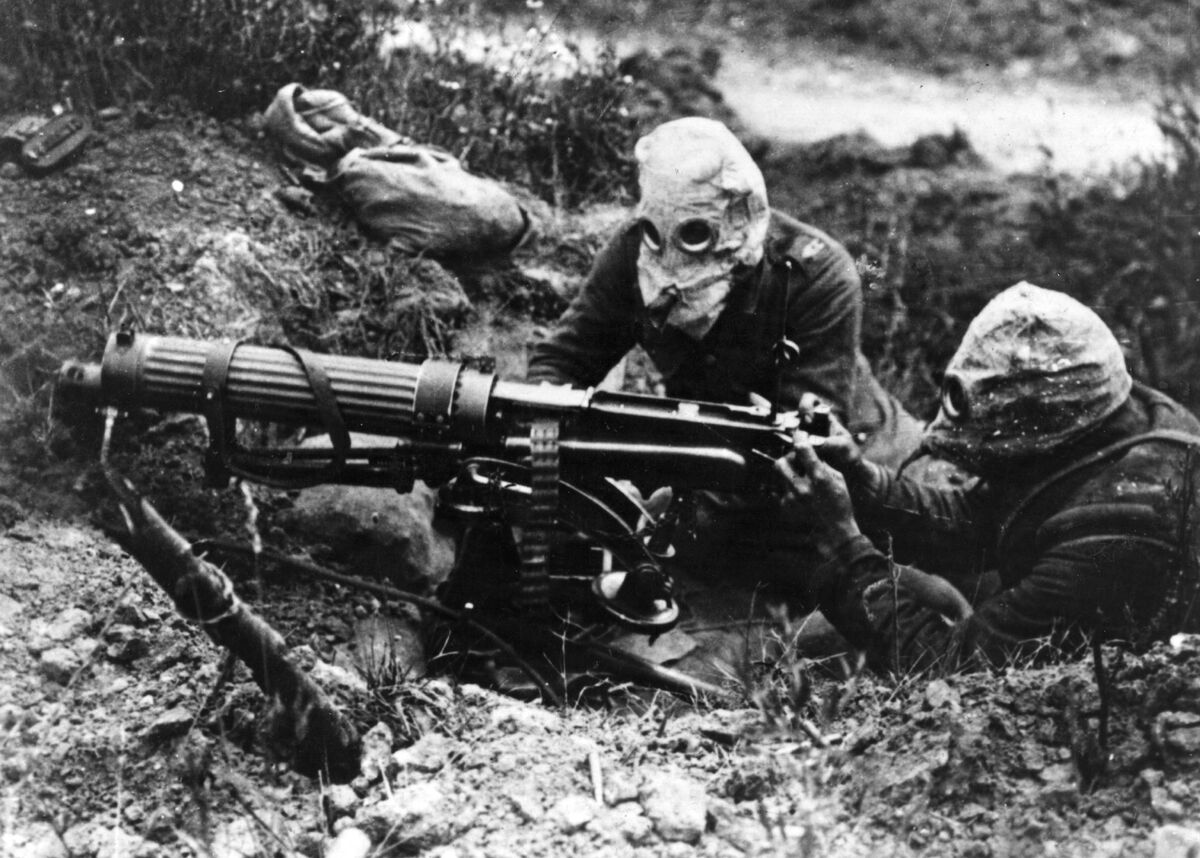 Soldiers with the British Machine Gun Corps wear gas masks in 1916 during World War I's first Battle of the Somme.

President Obama has said that the use of chemical weapons could change the U.S. response to the Syrian civil war. But why this focus on chemical weapons when conventional weapons have killed tens of thousands in Syria?

The answer can be traced back to the early uses of poison gas nearly a century ago.

In World War I, trench warfare led to stalemates — and to new weapons meant to break through the lines.

Poisoned gas was described as "the most feared, the most obscene weapon of all."

Paul Baumer, the protagonist of Erich Maria Remarque's All Quiet on the Western Front, recalls some of the horrors associated with gas in World War I: "We remember the awful sights in the hospital, the gas patients who, suffocating, cough up their burnt lungs in clots. Better to take your chances in the open rather than stay in the hollows and low places where the vapors settle."

Despite the horrific injuries, gas caused only a small percentage of the war deaths. But as Greg Thielmann of the Arms Control Association notes, it left a frightening legacy in the form of a million survivors.

"[That] meant painful lung diseases, a lot of people blind for the rest of their lives," he says. "That meant, for example, in America, there were tens of thousands of people who were scarred by exposure to mustard agent in World War I."

Reaction to those deaths and injuries was swift. By 1925, the League of Nations had approved the Geneva Protocol, which banned the use of chemical weapons.

In World War II, their use was extremely limited. Adolf Hitler, himself a victim of gas in World War I, never used his stockpiles on the battlefield.

But during the Cold War, the U.S. and the Soviet Union produced massive quantities of chemical and biological weapons. The end of the Soviet Union paved the way for a historic step: the 1993 treaty that banned the production, stockpiling and use of these weapons.

"We have now verified the destruction of about 80 percent of all the chemical weapons stockpiles that have been declared to us," says Michael Luhan, spokesman for the Organization for the Prohibition of Chemical Weapons, which oversees enforcement of the treaty.

But that success has not removed chemical weapons from the list of global threats. A century after their first use, these weapons still have the power to terrify, in part because civilian populations are so vulnerable.

Thielmann, who worked in the State Department for decades, points out that militaries have learned how to shield their troops with protective gear.

"And what that meant is that the main victims of chemical weapons in modern war are those who were not so equipped, which means mostly civilians," he says.

Daryl Kimball of the Arms Control Association says the use of chemical weapons in Syria could constitute a war crime — especially if used deliberately against civilians. He says Syrian commanders on the ground should take note.

"Those that do not cooperate in any orders to use these weapons, they will be treated much more leniently, and their actions will be taken into account in the postwar situation," he says.

Yet Kimball concedes that international prosecution of such a crime would be difficult.