Accessibility links
Riz Ahmed: Shifting Across Identities And Roles Both as the lead character in the film The Reluctant Fundamentalist and in his life outside the cinema, British actor Riz Ahmed navigates many identities. 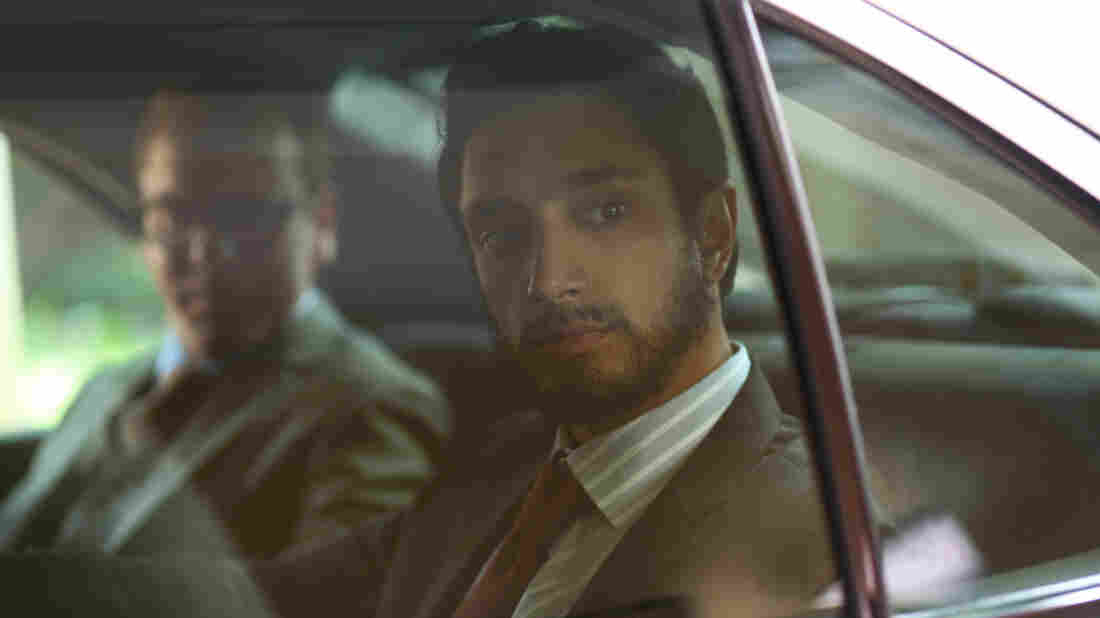 In the new film The Reluctant Fundamentalist, the Pakistani-British actor Riz Ahmed plays Changez, a self-described "lover of America" who moves back to Pakistan to educate activists. IFC Films hide caption 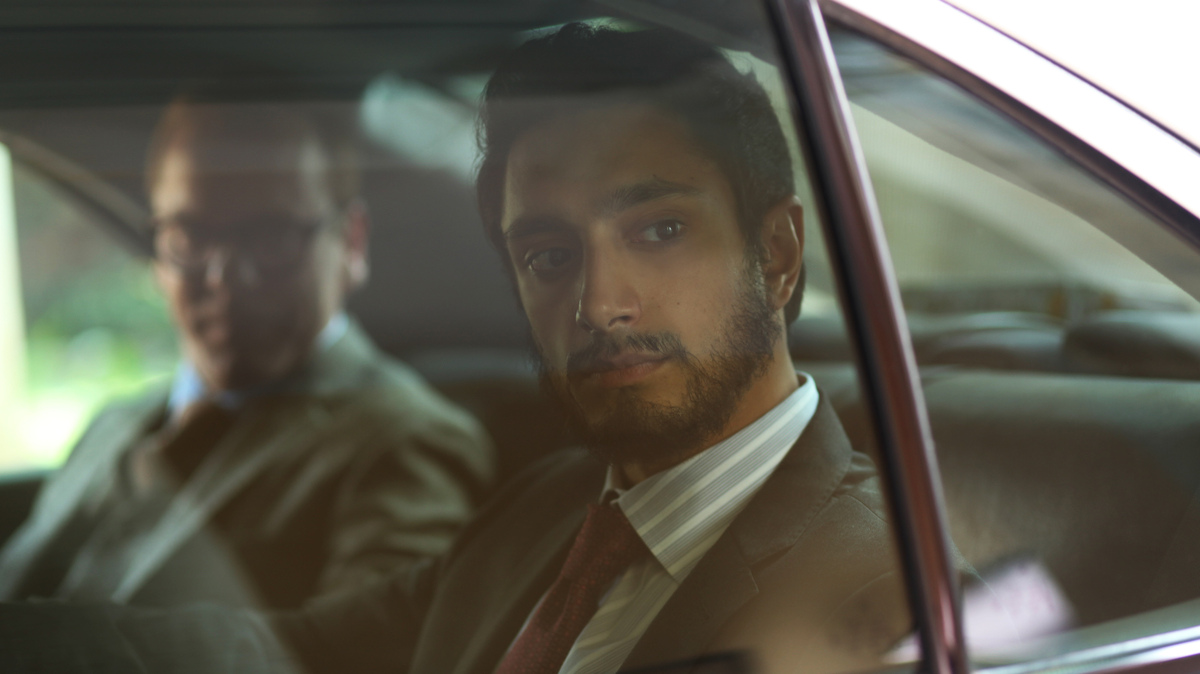 In the new film The Reluctant Fundamentalist, the Pakistani-British actor Riz Ahmed plays Changez, a self-described "lover of America" who moves back to Pakistan to educate activists.

The Reluctant Fundamentalist is the story of one man's struggle with identity and loyalty after 9/11.

The film's title character, Changez, is an ambitious twenty-something who seems to have it all: A Princeton degree, a Wall Street career and a beautiful girlfriend (played by Kate Hudson). But after 9/11, Changez becomes conflicted about where he belongs.

"The Reluctant Fundamentalist has this scene which I guess will go down iconographically in cinema history with the first character to look at the 9/11 attacks," said film critic Jason Solomons. "There he is pictured looking at them ... kind of being on the side of the aggressor."

"In that moment, I should have felt sorrow or anger," Changez says in the movie. "But all I felt was awe — what audacity."

Solomons says this is a conflicted role for an actor to play. "I think the kind of skill that Riz [has] is to still make this character understandable even though he's doing something that many, many people would find inhumane."

And that's just the kind of acting challenge Riz Ahmed relishes. "I'm drawn to doing projects that are bold in some way," he said.

And it's no surprise that Ahmed is making his American debut with a film as bold as The Reluctant Fundamentalist. It's about the current fault lines between East and West, Muslim and American, 'us versus them.' Those deeper themes fueled director Mira Nair.

"Changez has to compel you with his idiosyncrasies, and with his desires and with his contradictions and with his complexity," Nair said. "How to make all these bigger issues resonate in one human being whose beating heart you can feel and touch and see yourself."

Ahmed says you should see yourself in Changez because at some level, each one of us is trying to navigate between worlds.

"Everyone can relate to the idea of having dual identities, feeling like an insider and an outsider. We live in a society and at a time now that's deeply aspirational. We're never, no one is content," he said. "We're always on our way to a destination from a point of origin. So we're always in transit and in that sense we're all perpetually insiders, outsiders."

As an artist, Ahmed seems drawn to characters on the move between inside and outside, between likeability and repulsion. He's played a shady investor, a bumbling terrorist and a shifty drug dealer.

"There's something about him as a character on screen that inspires debate," Solomons said. "He's got these tremendously darting eyes. They're full of inquisitive questioning to the audience."

The novelist Mohsin Hamid says what's remarkable about Ahmed's performance as the Reluctant Fundamentalist is how chameleon-like he can be.

"For a lot of people, they won't even realize how much acting went into Riz being a Pakistani-Pakistani. He's from Britain," Hamid said. "It's a bit like Robert Deniro playing an Italian mafioso in Godfather. He's an Italian-American. He's not Italian."

"If you cut Riz open, you'll find London inside," said Solomons, who is a fellow Londoner. "He really is kind of what young Britain is like. He's kind of spry, he's kind of sly, he's kind of moveable. He kind of adapts. He can kind of pass anywhere."

Ahmed is certainly adaptable: He records music as Riz MC. He studied politics and philosophy at Oxford. And just a few weeks ago he tweeted about visiting asylum seekers and the queen on the same day.

He's also fiercely reluctant about having his work defined by his South Asian, Muslim background.

A previous audio version of this story incorrectly identified Riz Ahmed's next role as a man on trial for terrorism in the film Closed Circuit. He actually plays a spy in the film.