Accessibility links
A.J. Jacobs: The Quest To Do Everything The "human guinea pig" who has tried to become the healthiest person in the world and lived by the Bible for a whole year tries out a new challenge: puzzle hot seat. 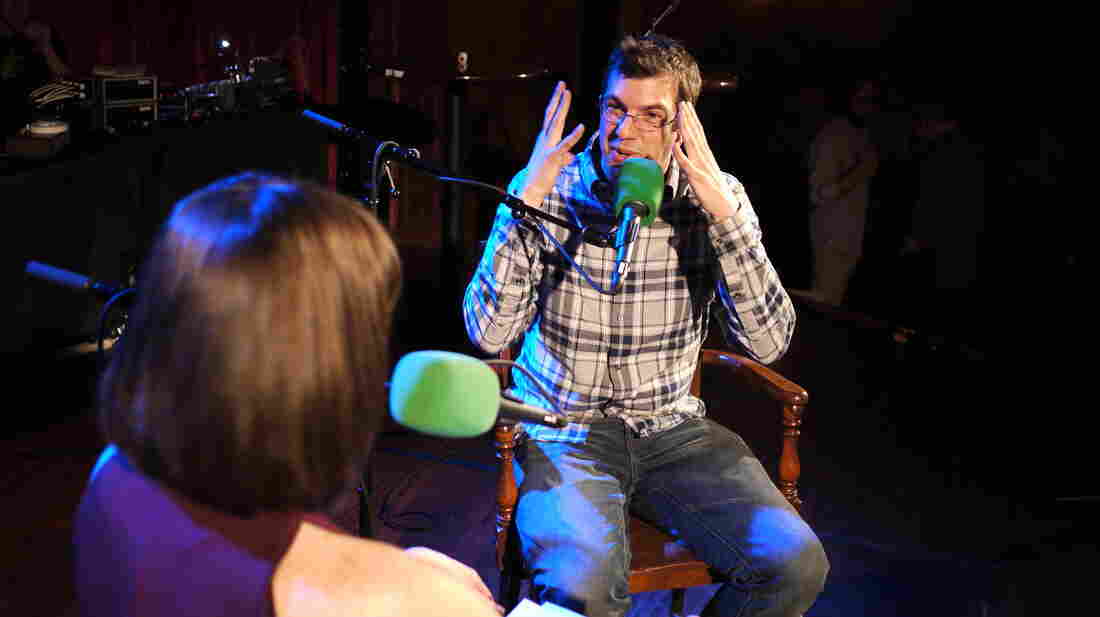 Author A.J. Jacobs demonstrates the sheer volume of the enormous beard he grew as part of his quest to live his life according to the Bible, chronicled in his book The Year of Living Biblically. Josh Rogosin/NPR hide caption 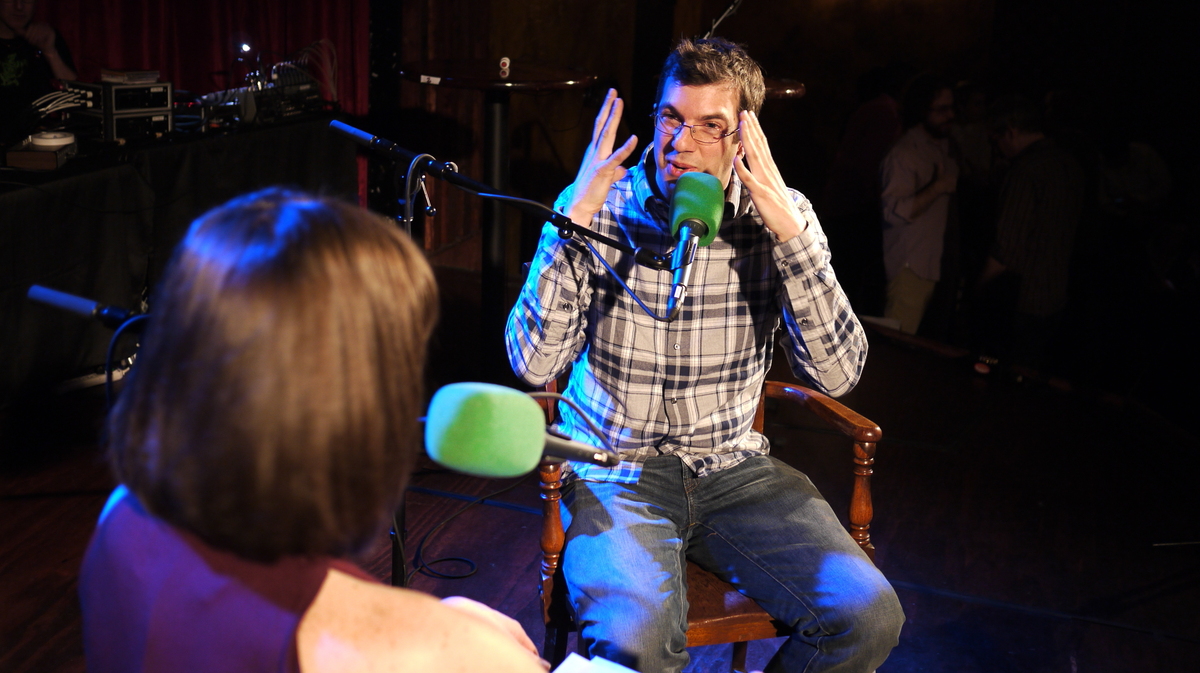 Author A.J. Jacobs demonstrates the sheer volume of the enormous beard he grew as part of his quest to live his life according to the Bible, chronicled in his book The Year of Living Biblically.

When it comes to learning about unfamiliar ways of living, author A.J. Jacobs believes the best way is to immerse yourself completely. The editor at large for Esquire magazine assumes the role of a "human guinea pig," taking on challenges many of us would find taxing. For his book The Know-It-All, he read the entire encyclopedia--from A to Z--in one year. In The Year of Living Biblically, he followed every single rule in the Bible, from loving thy neighbor to stoning adulterers. And for Drop Dead Healthy, his quest to become the healthiest person alive, Jacobs wrote the book while walking on a treadmill. In case you're wondering, he clocked in over 1000 miles.

Jacobs took a breather to chat with Ask Me Another host Ophira Eisenberg about how he usually comes up with these ideas: out of pure ignorance. He admitted that he knew nothing about the Bible, so he decided to learn about it from the inside-out. "I'm Jewish," he said, "But I'm Jewish in the same way the Olive Garden is Italian." Jacobs also shared that he was shocked by the information his doctors provided as he started the journey toward bodily perfection. He added, "My body is what they called 'skinny-fat,' so I looked like a snake that had swallowed a goat."

For an Ask Me Another Challenge, we thought it would be fitting to quiz Jacobs on famous people who go by two initials and a last name. And one lucky grand prize winner of the show won a piece of the beard he grew during his year of living Biblically. 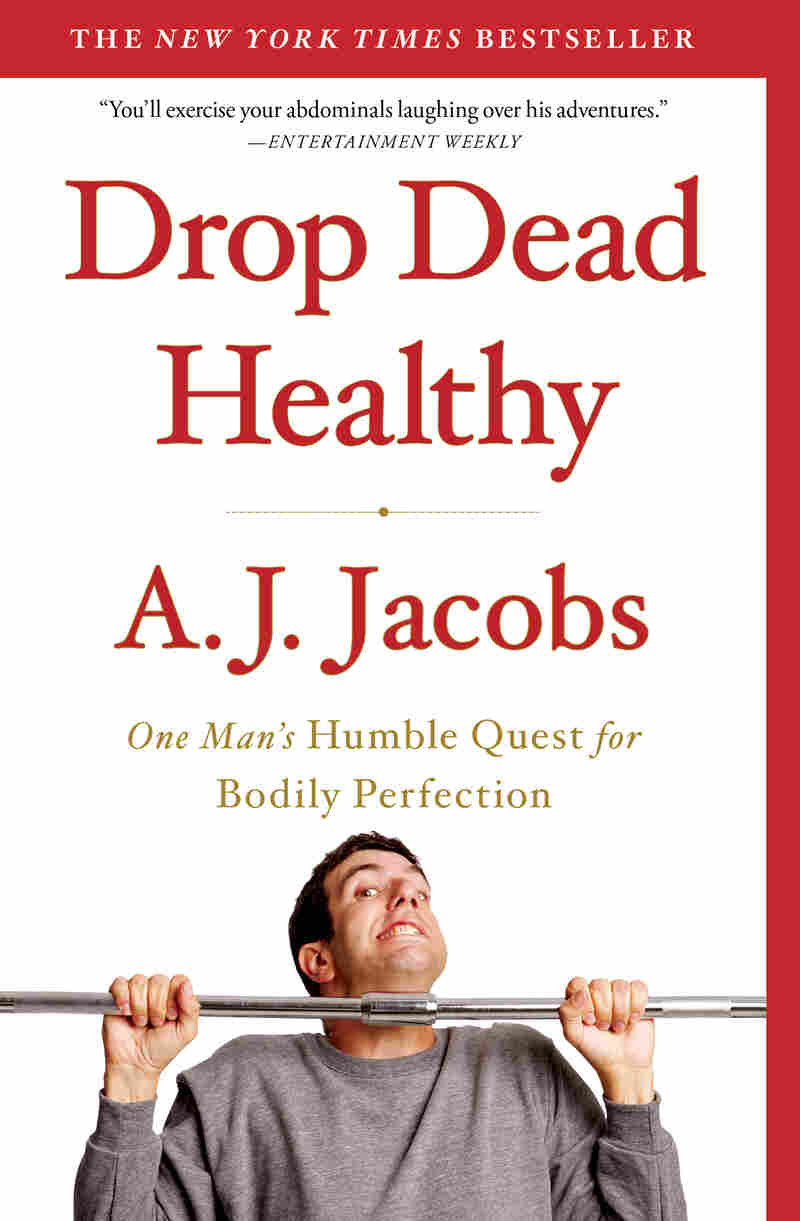 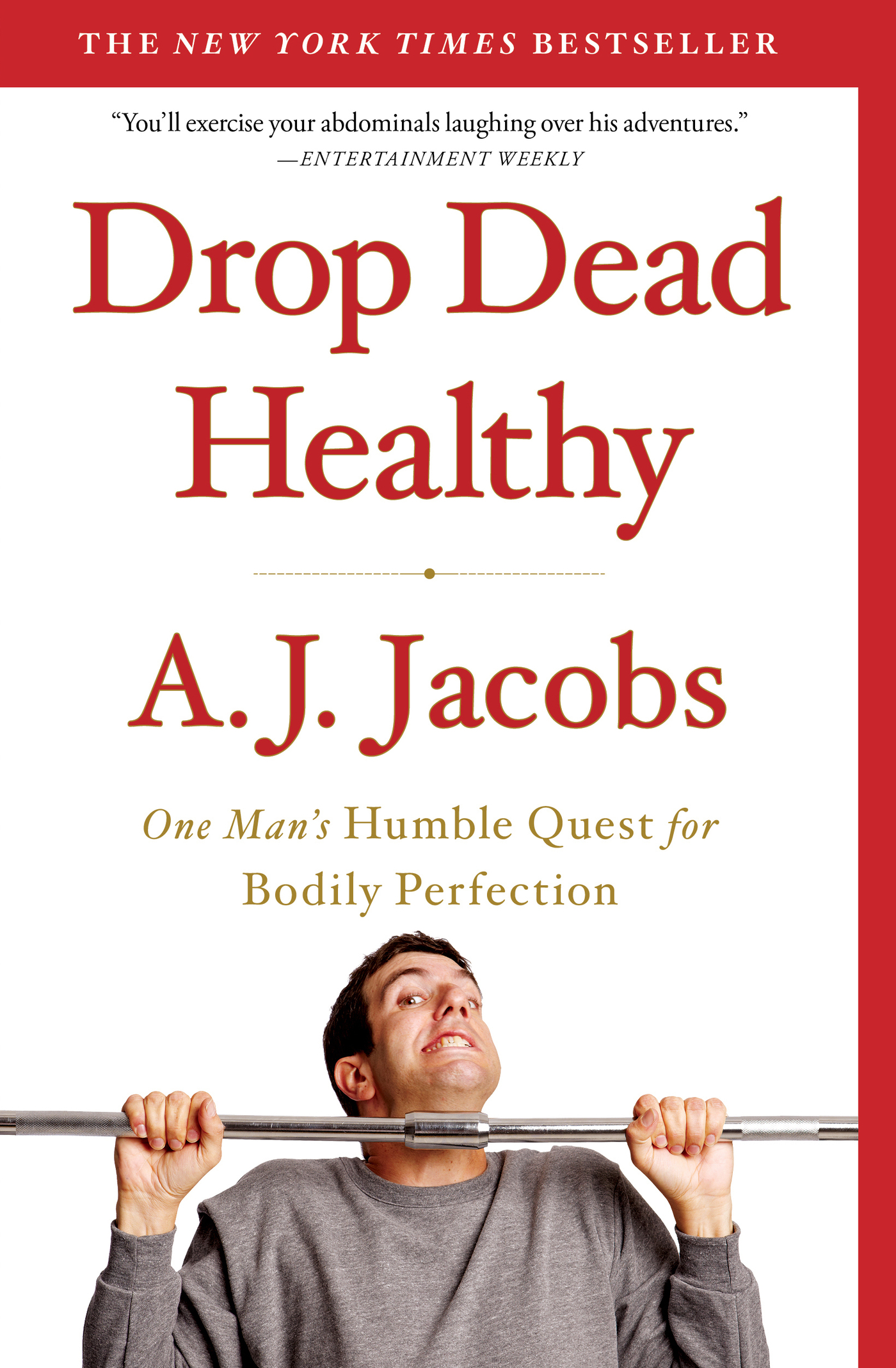 Jacobs is the editor at large at Esquire magazine, author of four New York Times bestsellers and a human guinea pig.

Jacobs has written for The New York Times, Entertainment Weekly, New York Magazine and Dental Economics magazine, one of the top five magazines about the financial side of tooth care. He has appeared on Oprah, The Today Show and Good Morning America. He is a periodic commentator on NPR's Weekend Edition Saturday, where he discusses important trivia.

His other experiments include My Outsourced Life, for which he hired a team of people in India to do everything for him--including arguing with his wife--and Radical Honesty, in which he removed the filter between his brain and his mouth for a month.

In the video below, A.J. Jacobs shares what he learned from his quest to be the healthiest man alive during a TEDMED talk.