Accessibility links
A 'Decadent And Depraved' Derby With Hunter S. Thompson Illustrator Ralph Steadman had never heard of Hunter S. Thompson before he flew to Churchill Downs on assignment to cover the Kentucky Derby. But after an unforgettable, booze-ridden weekend with the writer, Steadman's life was never the same. 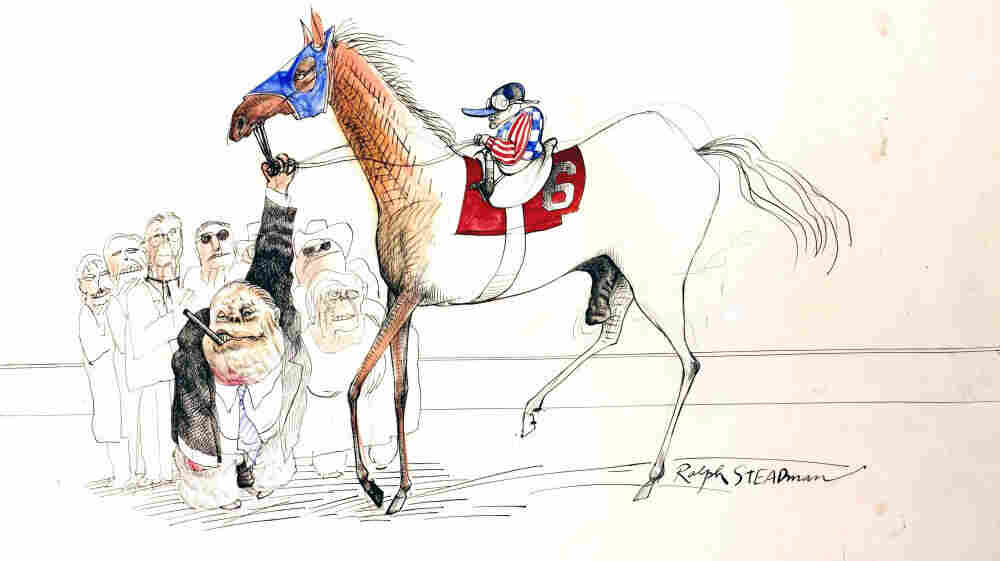 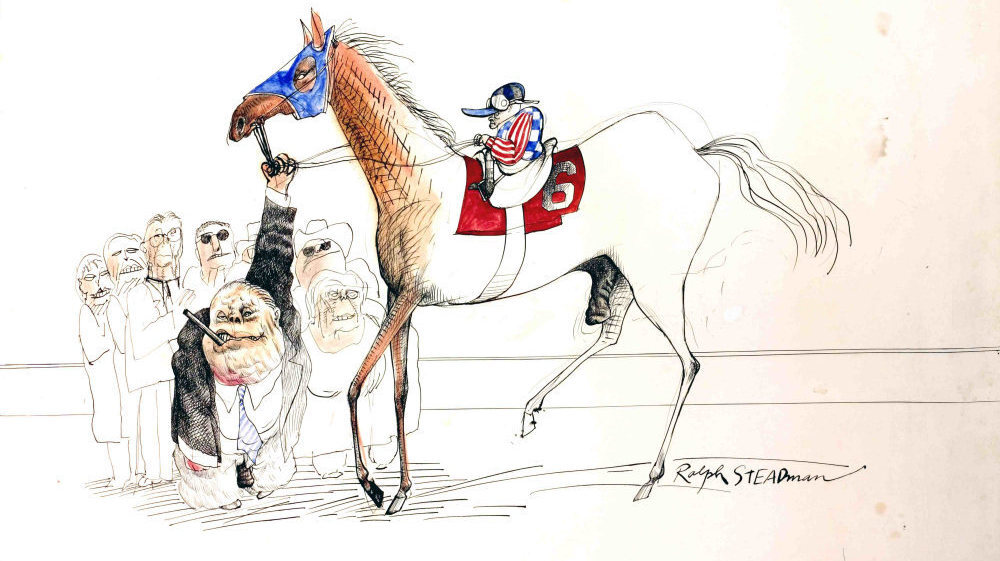 When illustrator Ralph Steadman accepted an assignment with writer Hunter S. Thompson at the Kentucky Derby, he never imagined the weekend that would ensue. Here, Steadman depicts the race's winner, a colt named Dust Commander.

In the spring of 1970, a British illustrator named Ralph Steadman had just moved to America, hoping to find some work. His first call came from a small literary journal called Scanlan's. It was looking for a cartoonist to send to the Kentucky Derby. Steadman had heard of neither the race nor the writer he was to accompany, a fellow named Hunter S. Thompson.

Steadman hadn't read any of Thompson's work, and he certainly didn't know that the writer had a bit of a drinking tendency, but he agreed to go.

One booze-riddled weekend later, Scanlan's published the essay and launched Thompson into stardom. "The Kentucky Derby Is Decadent and Depraved" so fascinated audiences that one Boston Globe writer deemed it "gonzo" — a term that would stick with Hunter S. Thompson for good.

Steadman and Thompson flew into Louisville separately and met at Churchill Downs to pick up their press credentials. As Thompson led Steadman around the racetrack, it quickly became clear that the two wouldn't be watching much horse racing.

"We went into the inner field first to just look at the people," he tells weekends on All Things Considered host Kelly McEvers. "We were really looking for odd faces. People that were kind of weird, you know? That seemed to become our real purpose."

It was Thompson's idea. They'd seek out the "whiskey gentry," as the writer called them, and there they'd find that face: "a pretentious mix of booze, failed dreams and a terminal identity crisis."

That search became the central narrative of the essay. "We didn't give a hoot in hell what was happening on the track," Thompson wrote. "We'd come to watch the real beasts perform." 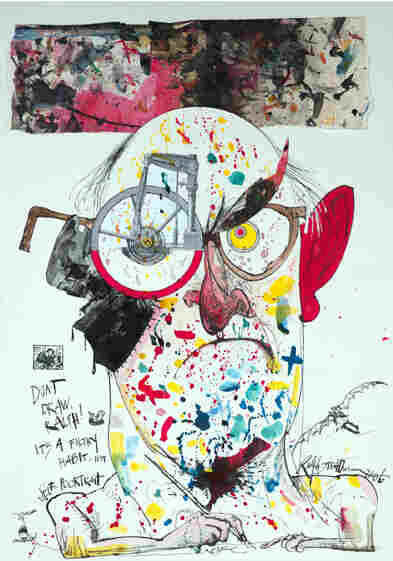 At The Pendennis Club

At one point during the debauched weekend, Thompson and Steadman dined at the Pendennis Club, a private club in downtown Louisville. Thompson had arranged the upscale lunch with Steadman and a young couple Thompson knew.

"In a funny sort of way, he was an old-fashioned Kentucky boy," Steadman says.

During the lunch, the wife noticed Steadman's art supplies and asked for a portrait. Steadman was happy enough to oblige.

His trademark style, though, is distorted and a little disturbing — not exactly a lifelike reproduction. It would come to be inseparable from Thompson's writing, but at the 1970 Derby, Steadman's subjects were not often pleased.

The situation escalated, and the ensuing ruckus resulted in the two being forcefully escorted from the club. At least that's the way Thompson recalled it in his essay. But there's one other tiny detail to that story.

"Hunter maced people in the restaurant in order to get me out safe," Steadman says, laughing. "He was looking after me, you see."

After a hard weekend of drinking and drugs, Thompson and Steadman eventually found that face they were looking for. On the Monday morning after the race, the two stumbled out of bed and caught sight of a mirror.

"[Thompson] becomes part of the story, and that's what always happened with us," Steadman remembers. "We sort of melded together."

The Scanlan's article ends with Thompson driving Steadman to the airport, and the writer unceremoniously kicking him out of the car. That's totally true, Steadman says.

"He took me to the airport and was like, 'Get the hell outta here, you goddamn scumbag. Get outta here,' " he says. "I just thought I'd never hear from him again."

So Steadman went home to London, where he had a short-lived job with the London Times -- which fired him after readers complained about his disturbing cartoons. 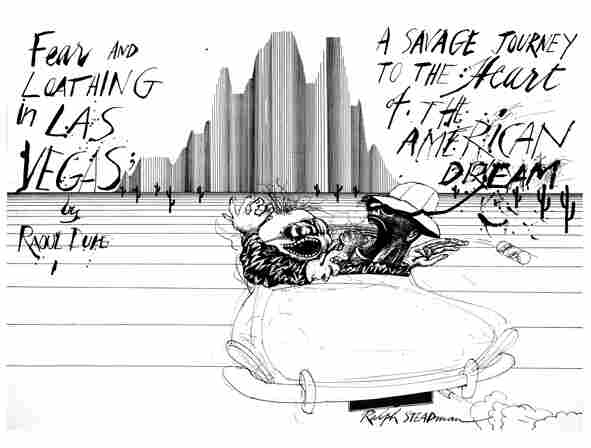 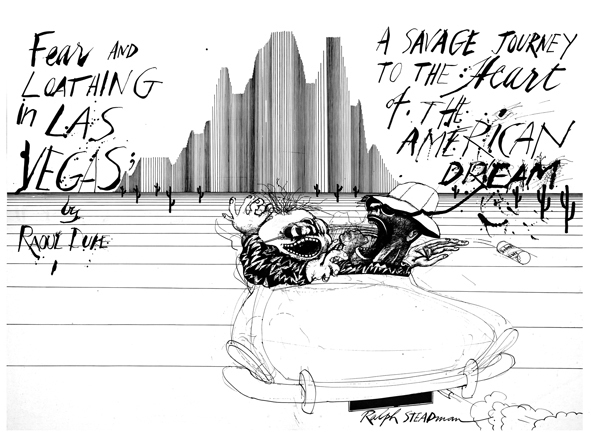