Accessibility links
Godwin's 'Flora': A Tale Of Remorse That Creeps Under Your Skin The latest novel from three-time National Book Award finalist Gail Godwin takes inspiration from Henry James' The Turn of the Screw. Both stories take place in isolated old houses, and both revolve around mental contests between a governess character and her young charge. 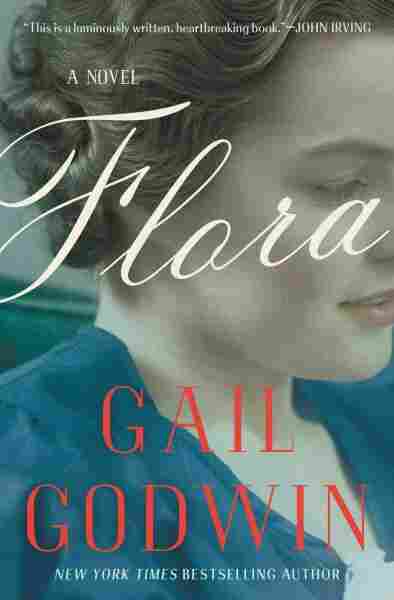 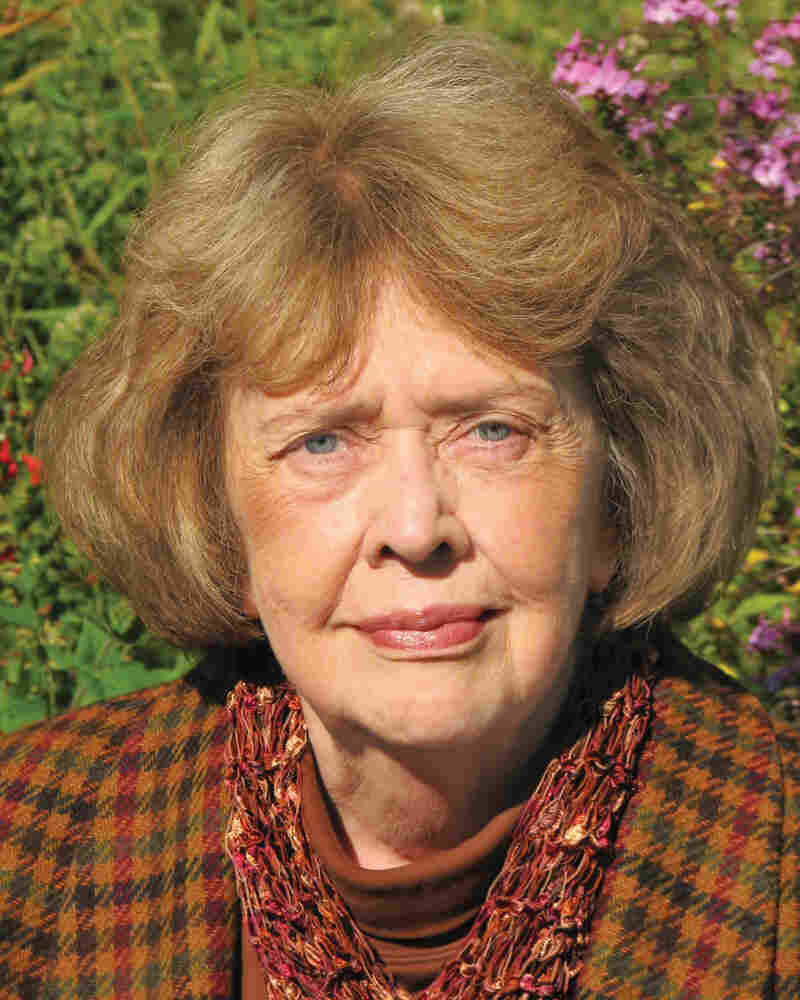 Gail Godwin, whose latest novel is Flora, has been a finalist for the National Book Award and a Guggenheim fellow. David Hermon/Bloomsbury Press hide caption 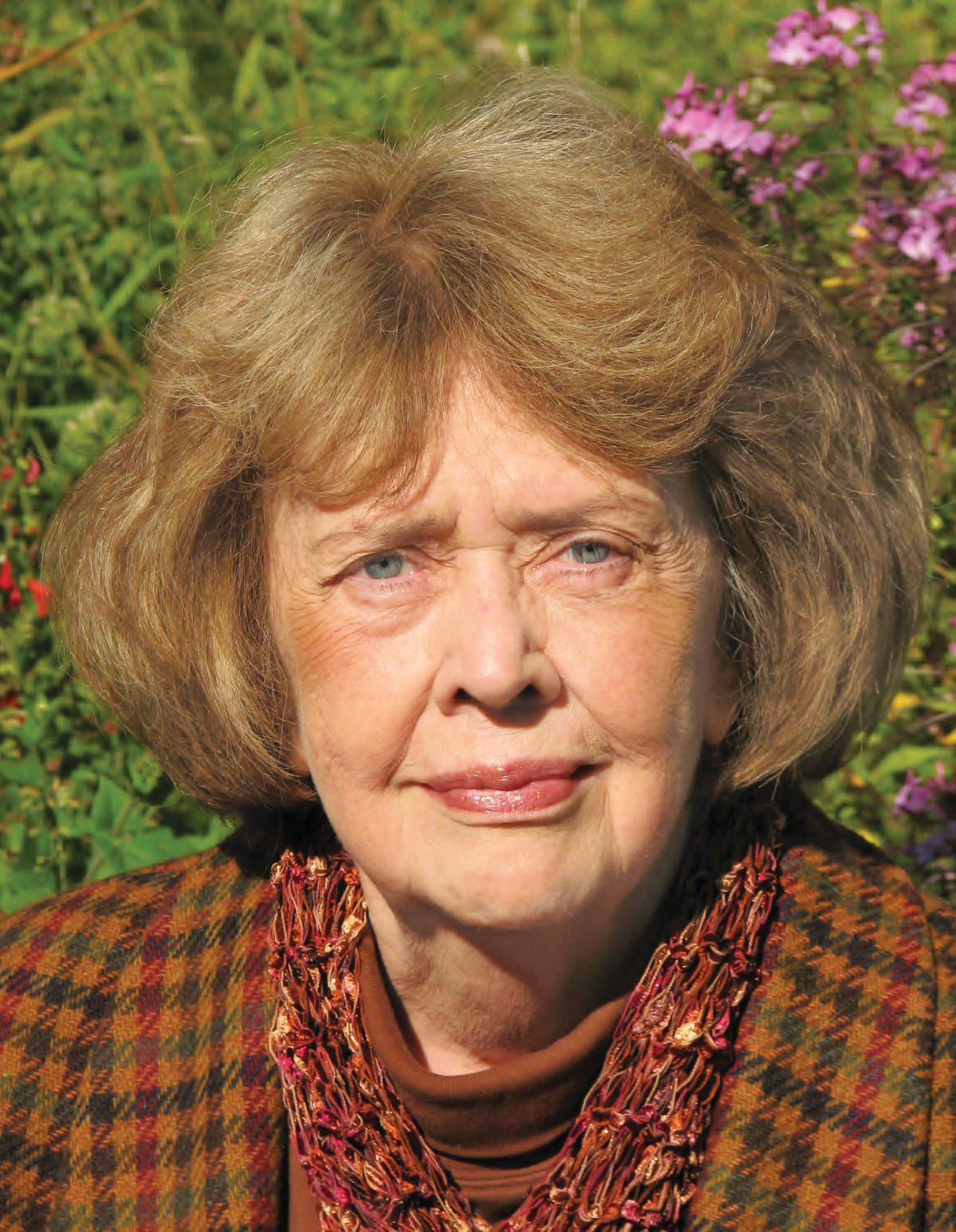 Gail Godwin, whose latest novel is Flora, has been a finalist for the National Book Award and a Guggenheim fellow.

Gail Godwin says one of the inspirations for her new novel, called Flora, is Henry James' ghost story The Turn of the Screw. Both stories take place in isolated old houses, and both revolve around mental contests between a governess character and her young charge. There are ghosts in Flora, too: specters that arise out of what our narrator calls her "remorse." Godwin had me at that word, "remorse": It's such a great, old-fashioned word, and it suggests that there'll be a lot of awful things going on in this novel that will need to be atoned for.

Our narrator here is Helen Anstruther; now in her 70s and a writer, Helen is looking back to the summer of 1945 when she was 10. Her mother has been dead for a long time, and her grandmother, who has been her main guardian, has just suffered a fatal heart attack while trying on Easter hats in the local department store. Helen's father, the principal of the high school in their North Carolina town, has decided to accept a summer job at the military plant in Oak Ridge, Tenn. Though nobody could know it yet, Helen's father will play his own small role in history by overseeing construction workers on the Manhattan Project.

Homefront history, however, rather than military history, is Godwin's territory. And, by "homefront" I really mean that this story is restricted to Helen's house, perched atop a remote mountain. There, we readers are quarantined with Helen and her 22-year-old cousin, Flora, who has come from Alabama to take care of her that summer. Because there's rumor raging of a polio epidemic in the area, the two girls are forbidden to go into town. Flora herself, as seen through Helen's eyes, is a totally unexpected type of character. She's "simple-hearted." Helen goes on to tell us that Flora "was the first older person I felt superior to. ... She was an instant crier. ... [She] possessed "the gift of tears. As far as I could tell, layers had been left out of Flora. All of her seemed to be on the same level, for anyone to see." You'd think that such a compassionate, uncomplicated young woman would be the perfect companion for a lonely girl who has lost so many loved ones in her short life. Think again.

The profound wisdom that animates Godwin's novel is that simple-hearted people can sometimes be incredibly annoying. Helen, who is budding into a disdainful personality, finds herself increasingly vexed by Flora's cheerfully intrusive presence, without exactly understanding why. Flora's habit of doing housework in bare feet, for instance, drives Helen crazy. She comments: "[Flora's toenails] turned up like they were making too much effort to be friendly." More readily understandable is Helen's anger over a skirt that Flora wears: It's made from one of Helen's mother's old dresses that's too small on top for the busty Flora. Helen recalls: "The awful truncated dress [was] the worst: the upper half of my mother cut away because Flora's 'bustline' was way too big." Helen, who is more verbally adept than her older cousin, starts lashing out at her, but it's like punching the Pillsbury Doughboy. Flora just good-naturedly absorbs the shocks and keeps bouncing back. Even before that loaded word, "remorse," pops up, you just know things aren't going to turn out well, especially when an affable ex-serviceman-turned-grocery-deliveryman drives up one day and knocks on the door of that smoldering, solitary house.

"Children are like bombs that will one day go off": That's a line that Gail Godwin says also served as inspiration for her novel Flora. Godwin wrote the line in one of her journals, which she started keeping at age 12. Godwin is still writing in her journals and drawing upon them to explore the more out-of-the-way reaches of women's interior lives. Remorse may be the defining emotion for our narrator, Helen, but Godwin the writer has nothing to regret: Flora is an elegant little creeper of a story.

Read an excerpt of Flora: A Novel

A Century Of Schoolgirls' Secrets And 'Desires'