Accessibility links
Envisioning The Future With Inventor Cori Lathan This enterprising technologist is designing for a future where computers are intuitive and anticipate our every need. We're not there yet, but she has started a company that aims to imagine, build and test tomorrow's gadgets today. 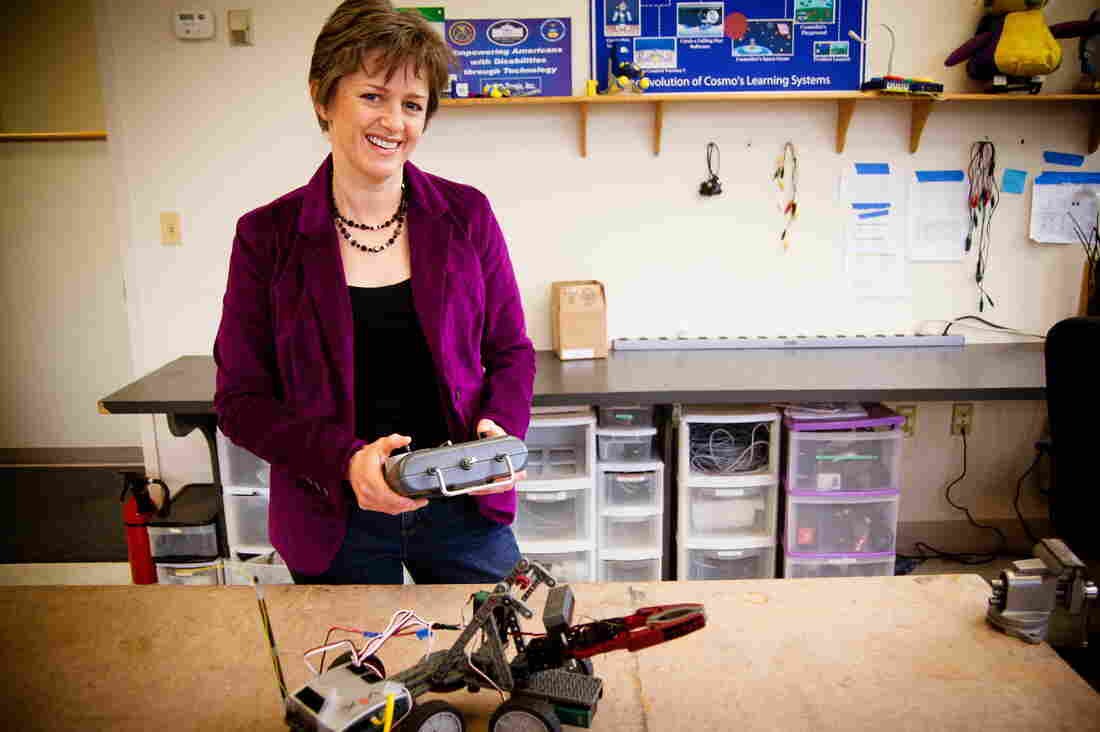 Computers were created to be useful tools, but all too often it's still a chore to get technology to do our bidding.

Corinna Lathan imagines a future that's no longer a chore, where computers understand our wants and needs so well that we don't even have to think about telling them what to do. She's an inventor who has started her own company, AnthroTronix, to make that kind of intuitive technology part of our lives. But as NPR's Joe Palca tells us in his Morning Edition story, "this kind of intimate connection with computers is still a ways off. For now Lathan's company is taking smaller steps, using available technology to explore ways for humans and computers to get along and work together."

For example, working as an engineer with astronauts at NASA, Lathan realized that the physical challenges of living in space in some ways mirror the challenges of living with a disability on Earth. Building on that insight, she invented a playful robot that could help make it easier for children with cerebral palsy to get through physical therapy. She and her team also came up with a glove-based interface so that soldiers could move their hands and communicate wordlessly while on night patrol. And after that came a gamelike test to help figure out in the field whether a soldier has suffered a traumatic brain injury.

Lathan dreams of going further, inventing machines that will help us communicate not just our actions and thoughts but also our feelings. She gives a glimpse of her vision in the video below.