Accessibility links
Book Review: 'Every Contact Leaves A Trace' By Elanor Dymott Full of sex, intrigue and clues based on Victorian poetry, Elanor Dymott's Every Contact Leaves a Trace is a literary mystery about a murder at Oxford University. This tale of a clueless husband who discovers his wife's true nature too late reminds critic Maureen Corrigan a little of Gone Girl. 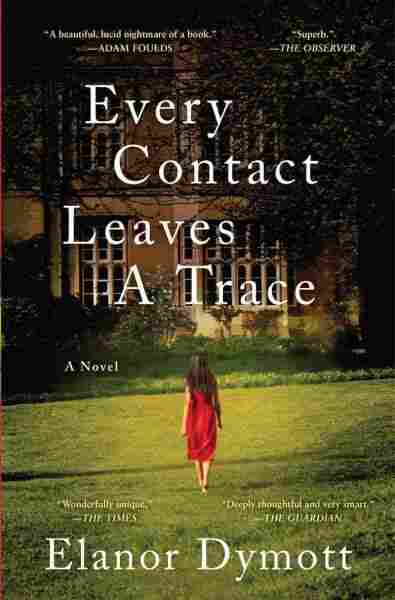 There are many things to savor about Elanor Dymott's debut suspense novel, Every Contact Leaves a Trace -- among them, its baroque narrative structure and its clever manipulation of the stock, husband-who-hasn't-got-a-clue character. But Dymott really won me over when she pulled Robert Browning out of her crime kit. Nobody reads Robert Browning anymore, do they? As far as I can tell, high schools have thrown in the towel when it comes to teaching Victorian poetry; dissertations on Browning's dramatic monologues have all but dried up. Speaking as someone who'd begun to think she'd misspent her youth in grad school reading that stuff, I was ecstatic to see that Dymott resurrected two of Browning's creepiest poems about sexual jealousy, "Porphyria's Lover" and "My Last Duchess." Their musty lines provide pointers to decoding the book's central crime.

Much of the action in Every Contact Leaves a Trace takes place at Oxford University in the mid-1990s, where all but two of the book's key players are taking degrees in English literature — a setting and time period that perhaps explain Dymott's outmoded choice of literary clues. Our narrator, Alex, is the odd man out, a humdrum law student amid the more glamorous literary types. In the present time of the novel, however, Alex is humdrum no longer — at least insofar as his personal situation is concerned. It's December 2007, and Alex tells us that his wife, Rachel, has recently been murdered. He explains that six months ago (I warned you that the narrative structure here was complicated), on Midsummer Night, the couple was leaving a reunion dinner at Worcester, their old Oxford college, when Rachel inexplicably declared that she had a hankering to walk down by the lake in the moonlight, alone. Perhaps, if marshmallow-y Alex hadn't been so in thrall to the ethereal Rachel, he might have questioned her motives, but he let her go. An hour or so later, he heard a scream and discovered her battered corpse on the college grounds. For a time, Alex was the prime suspect, but a witness has cleared his name. Meanwhile, the truth about Rachel's identity has grown murkier and murkier. 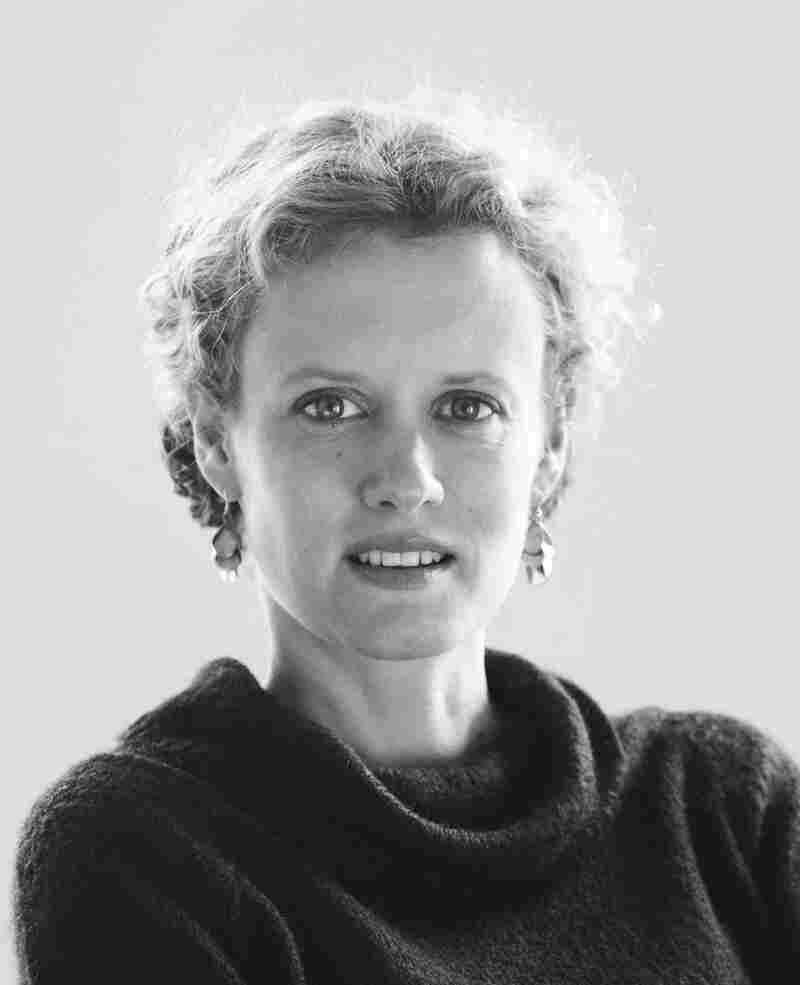 Elanor Dymott was born in Zambia and educated in the U.S. and England. She has worked as a lawyer and a law reporter; this is her first novel. Lucy Pope/W.W. Norton hide caption

In his prologue, Alex tells us that the past few months have been "a process of discovery: I went into a dark room with my camera for a time, and I came out with a photograph of a woman I had never seen before." If that opening situation sounds a little familiar, you've probably read Gone Girl. Gillian Flynn's 2012 best-seller also opened on the predicament of a baffled husband whose departed wife turns out to be a whole other animal than the goody-goody she pretended to be. While Dymott's novel, unlike Flynn's, swerves into the past, returning to Oxford undergraduate days to ferret out the original sin responsible for Rachel's murder, it also offers up some of the same intricate storytelling satisfactions — and marital nightmares — as Gone Girl.

The retrospective chapters of Every Contact Leaves a Trace, which take place in Oxford, won't please those mystery lovers who are also discerning Anglophiles; Dymott's descriptions of Worcester College are surprisingly boilerplate, given that it's her own alma mater: It's all tutors' rooms, porters' lodges and the requisite "Buttery bar."

But what the setting lacks in old-English detail it makes up for in layer upon layer of intrigue. Back in their undergraduate days at Worcester, Alex and Rachel had a brief fling, but she was out of his league, socially and intellectually. Rachel, an orphan, was under the indifferent care of her cold but wealthy godmother, Evie, a scholar of Japanese decorative art. Adding to Rachel's otherworldly allure was the fact that she spent almost all of her time cloistered with the two other students who shared her private tutorial sessions with Harry Gardner, a noted literary scholar whose own wife died under hushed-up circumstances. Week after week, the three students would huddle in Harry's rooms, puzzling over the ornate poetic masterworks of Browning and his Victorian contemporaries.

In the climax of this novel, Alex returns to Oxford to discover secrets about the trio's past and learn about the long half-life of crimes of passion. The grieving Alex will also be given a volume of Browning's poems as an aid to solving Rachel's murder. Whether an English degree would have helped Alex to more quickly grasp the truth about himself and his wife is debatable; what is certain is that Dymott has put her own undergraduate degree (and the law degree that followed) to good use. Every Contact Leaves a Trace is an intelligent literary mystery, featuring the kind of tormented narrator that Robert Browning himself might have relished.

Read an excerpt of Every Contact Leaves A Trace