Accessibility links
Book Review: 'Red Handed' By Matt Kindt In the multilayered graphic novel Red Handed, an ace detective solves a series of odd and seemingly unrelated crimes, only to find that they're all part of a grand design. Critic Glen Weldon admires artist Matt Kindt's mastery of the comics medium. 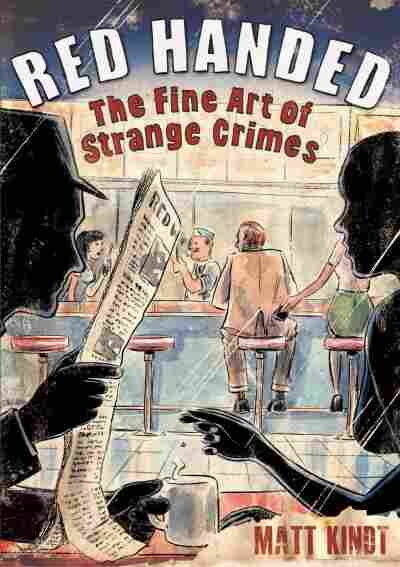 The Fine Art of Strange Crimes

Matt Kindt is a storyteller so fully in control of his gifts that his graphic novels — 3 Story, Revolver and others — read like quietly compelling arguments for the comics medium's narrative potential.

With his latest, the multilayered and slyly existential Red Handed, he assembles a mystery story that only comics could capture, filled with puzzles and set pieces that depend entirely on the interplay of word and image. To construct the world in which his ace gumshoe, Detective Gould, racks up a spotless arrest record, Kindt incorporates newspaper clippings and paperback book covers in a kind of pulpy, hard-boiled collage.

If all of that makes the book sound like a pallid formalist exercise, understand that Red Handed is crime fiction with a pulse. Several, actually: The book consists of a series of linked stories told from the point of view of various nefarious residents of the town of Red Wheelbarrow.

To say exactly how they're linked would give away the long con Kindt is playing with the reader. Suffice to say that every character we meet — from the young woman compelled to steal chairs of every shape and size, to the art thief who slices priceless paintings into swatches — has a role to play in the larger story, and every quirky background detail Kindt shoehorns into a panel is doing serious work.

Not too serious, however. It was Raymond Chandler who famously opined that the detective story is a tragedy with a happy ending, and it's the playfulness of the genre, its puzzle-box nature, that appeals to the intellect — and, historically, to intellectuals (Ludwig Wittgenstein and Gertrude Stein counted themselves as hard-core crime-fiction devotees). 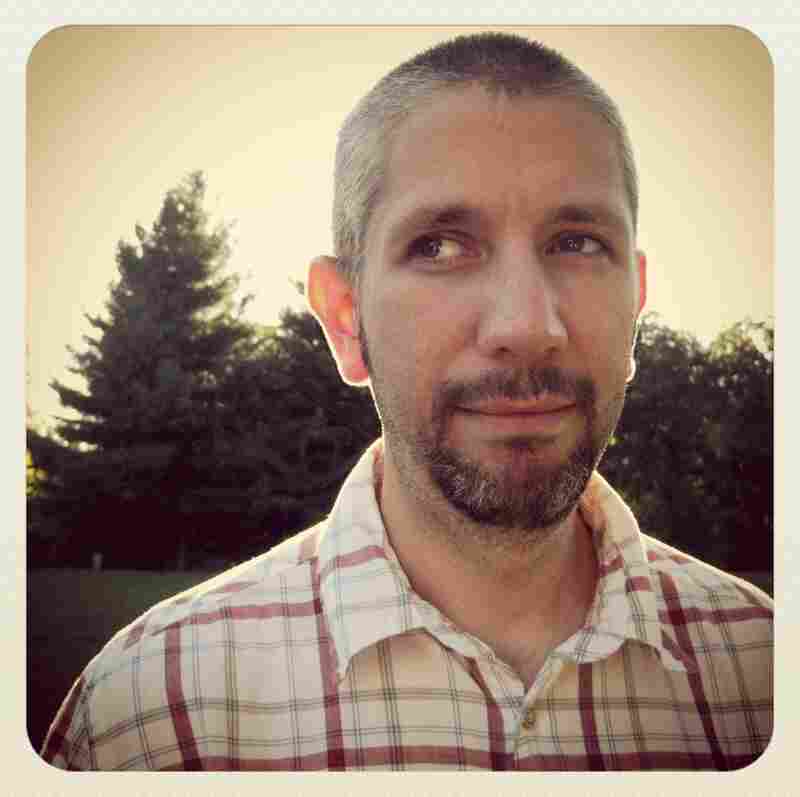 More recently, writers like Don DeLillo, Paul Auster and David Mamet have employed detective-novel tropes to grapple with lofty questions about law and society and the meaning of guilt. Kindt places himself squarely in this metafictional tradition by turning an interrogation scene that threads through the novel into an extended philosophical dialogue about the nature of crime itself.

Kindt depicts this extended scene entirely in free-floating word balloons against a black background, so he manages to keep the identity of the suspect being questioned a secret until the grand reveal at book's end. We know it's one of the handful of characters we've encountered over the course of the book, and Kindt provides us with plenty of coy clues.

It does take a good while for the fragments of Kindt's story to come together, and Red Handed's series of climactic revelations will require all but the most assiduous readers to flip back through the book to get their bearings. But when Kindt finally gets around to springing his trap, Red Handed snaps shut on the reader in a way that's ruthless, irrevocable and entirely satisfying.

Read an excerpt of Red Handed