Accessibility links
Book Review: 'Class A,' By Lucas Mann Lucas Mann's Class A combines baseball and sociology in this chronicle of a farm team from a fading Iowa factory town. Reviewer Heller McAlpin says Mann "uses the full tool kit of literary nonfiction" in a book that "encompasses nostalgia, hope and failure." 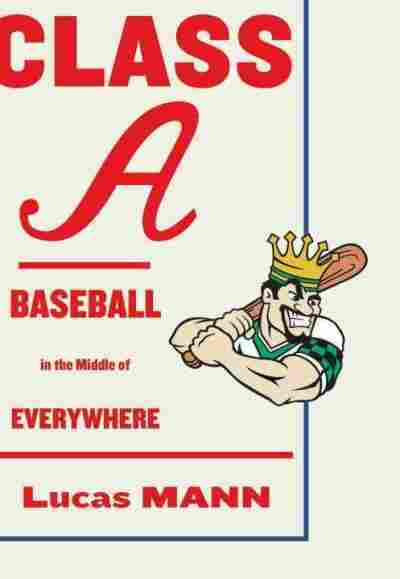 Baseball in the Middle of Everywhere

Is there room for another book about America's favorite pastime? Lucas Mann's Class A earns a position in a lineup that already includes Bang the Drum Slowly, The Natural, The Boys of Summer, Moneyball and The Art of Fielding because, remarkably, it offers a fresh, unexpected angle on this well-trodden game.

Chances are you'll be hearing lots of cheers proclaiming Mann's genre-bending book a Grand slam! and In a class by itself! Part iconic baseball narrative, part sociological portrait of an atrophying blue-collar town, part memoir about "trying to figure out how to be a man," Class A uses the full tool kit of literary nonfiction to portray "the lowest rung of full-season professional baseball" against a backdrop of both a hard-hit Midwestern factory town and its young author's observations and anxieties. The result is a book that encompasses nostalgia, hope and failure.

In 2010, Mann, a 24-year-old New Yorker enrolled in the University of Iowa's Nonfiction MFA program, shadowed the LumberKings of Clinton, Iowa, the Seattle Mariners' Midwest League Class A farm team deep in corn country. Farm team, he notes, is "a muddled metaphor. These players are both the laborer and the crop. People wait for them to ripen like coffee or sugarcane."

Mann hangs out in batting cages and locker rooms, drives players to bars and the local Wal-Mart after games, and occasionally sleeps on the beer-can-strewn floors of their rented apartments. He dogs them with questions about their backup plans and whether it's all worth it — until he learns to avoid such pessimistic projections of doubt. He gets close to some of the stalwart fans, who, season after season, cheer from the third base line, and he tries to understand what drives their enthusiasm and mania to collect memorabilia.

The LumberKings, whose name harkens back to the town's glory days as a lumber empire, play in a ballpark overlooking the Mississippi, built by the Works Progress Administration in 1937. The 25 players sent to Clinton each spring live and work in the shadow of an enormous, nonunion Archer Daniels Midland factory that processes corn sludge into plastics, corn syrup and ethanol 24 hours a day. Belching nauseating fumes, the windowless factory is a dark, looming presence in Mann's book.

Among the players Mann singles out is Erasmo Ramírez, a 20-year-old pitcher who "looks for a moment like an overweight ballerina" when he lifts his left knee in his windup. Erasmo, who left Nicaragua at 14 to train in El Salvador before turning pro at 17, dodges many of Mann's questions. Even less forthcoming is cool, aloof shortstop Nick Franklin, a top prospect from Orlando, Fla., whom Mann calls "the most important piece of commerce that will ever sit in my car." 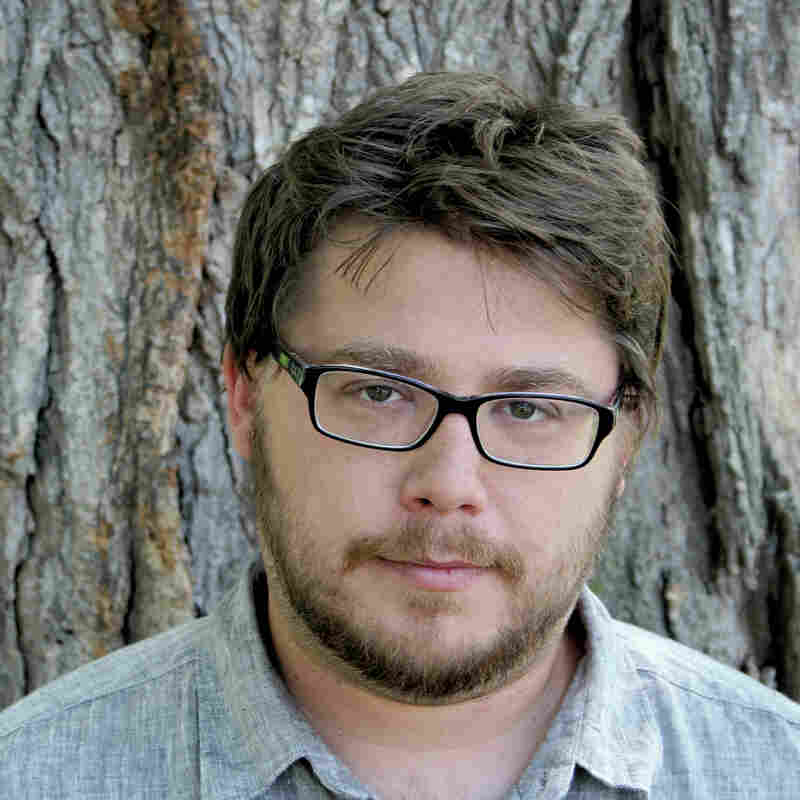 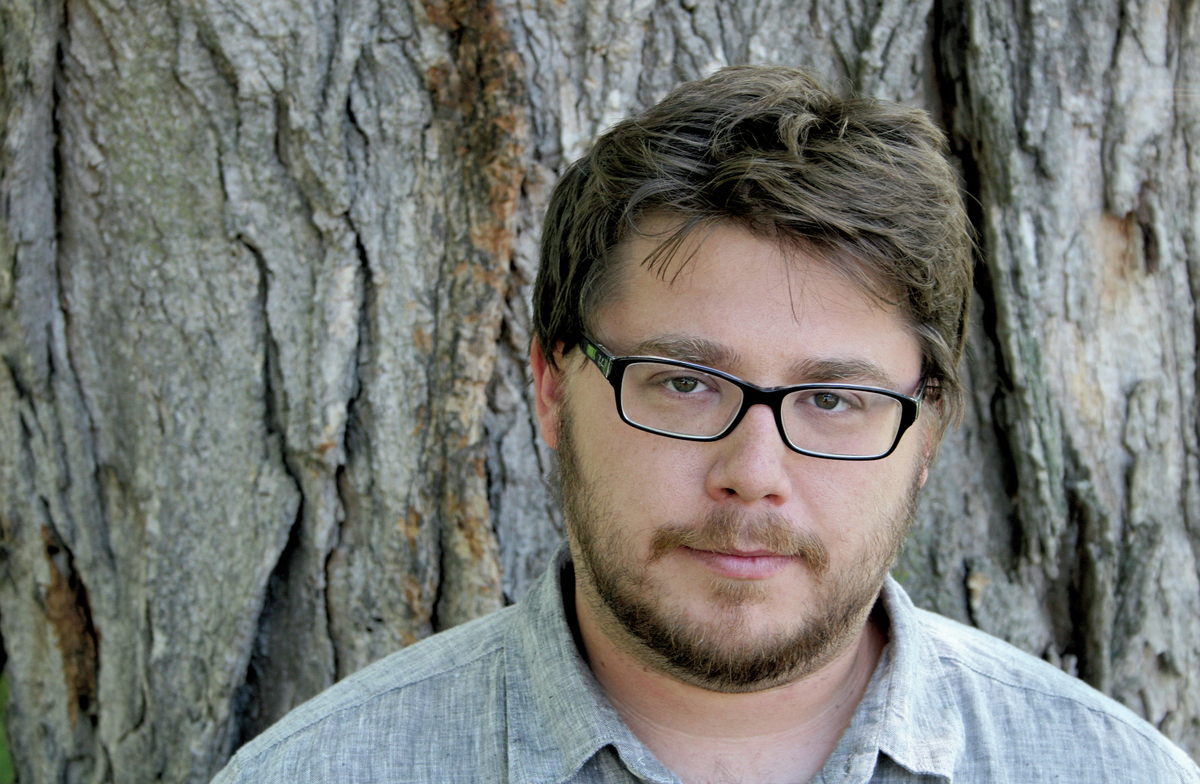 Lucas Mann is the 2012-2013 Provost's Visiting Writer in Nonfiction at the University of Iowa's MFA program.

Mann recognizes the constant pressure on these players, each game "an extended audition" with long odds. (The Seattle Mariners, he says, have only produced one major leaguer from their farm system in seven years.) He envies the players' single-minded focus and drive as much as their talent. "It's a monastic life, with fidelity to one thing. And so to watch Erasmo play baseball is to watch more perfection, more focused thought, than I will ever achieve in a lifetime of critical thinking," Mann writes.

Readers seeking extended play-by-plays and assessments of skills would do better to look elsewhere. Jim Collins' The Last Best League, about the prestigious Cape Cod summer league of amateur college players — which produces 1 out of every 6 major leaguers (and which I've followed avidly for years) — gives a better picture of scouting, while Anna Boden and Ryan Fleck's 2008 movie Sugar, about a Dominican pitcher's trials in a single-A minor league team in Iowa, provides a sharper view of what's at stake for Latino players.

Mann offers a different sort of analysis, at once lyrical, intellectual and personal. His meditations on "a game that allows ample time for reflection and appreciation" lift Class A above the fray of more ordinary baseball books. He contrasts the players' undiluted optimism with his own studied, self-protective "nonchalance and irony" and his preoccupation with loss, centering on his older brother's death from drug addiction 10 years earlier. Nicknamed "Mannchild" on his Vassar College team, he's aware of straddling boyhood and manhood, like the players. He writes with self-deprecating honesty about missing bedtime baseball stories read to him by his father, about fear of failure, and about his attempts to impose metaphor and deeper meaning "onto a game and a group of people that want to be taken literally." He adds, "And yes, it is unfair to want Erasmo to feel more. I come to these games for meaning and metaphor, and he comes here for numbers, the right algorithm to move on."

Class A captures the longing, the uncertainty and the drive for recognition, both on and off the ball field.

Read an excerpt of Class A