Accessibility links
Is The FDA's Caution Hazardous To Our Health? Some argue that the FDA's approval process — required before new treatments can be sold on the market — takes too much time and money. A group of experts face off over the balance between safety and urgency in the latest Intelligence Squared U.S. debate.

Listen The Broadcast Version Of The Debate

Is The FDA's Caution Hazardous To Our Health?

Listen The Broadcast Version Of The Debate 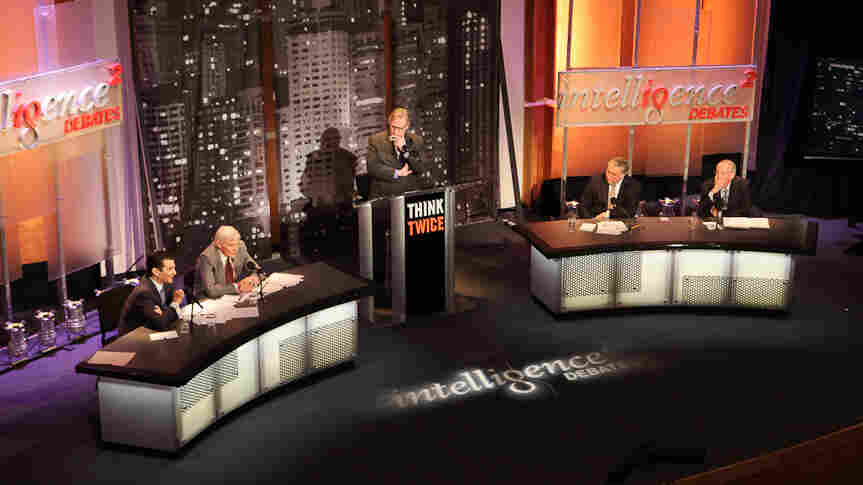 When it comes to approving new medical treatments, the Food and Drug Administration is balancing the need for patient safety against the urgency of making important new treatments available as quickly as possible.

Is The FDA's Caution Hazardous To Our Health?

Some argue the FDA sets the bar too high, requiring a process that takes too much time and money to carry out. They say that can leave patients waiting longer than necessary for promising treatments or lead to drugs not being developed at all.

But others counter that letting drugs on the market before it's known whether they truly help or hurt patients is a serious risk. They argue that the FDA actually has a high rate of approving new drugs — and that in critical cases, that process can be accelerated.

A team of experts recently faced off two against two for an Intelligence Squared U.S. debate on the motion "The FDA's Caution Is Hazardous to Our Health." 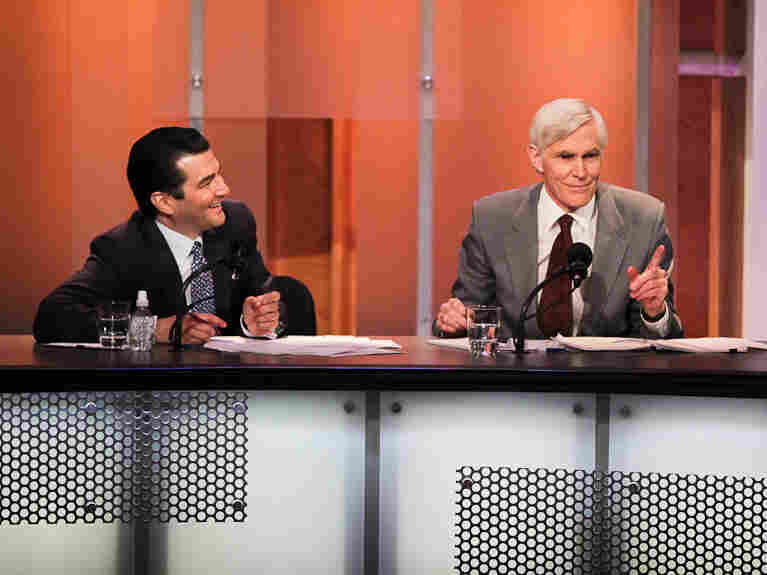 Scott Gottlieb and Peter Huber argue in favor of the motion "The FDA's Caution Is Hazardous to Our Health." Samuel LaHoz/Intelligence Squared U.S. hide caption 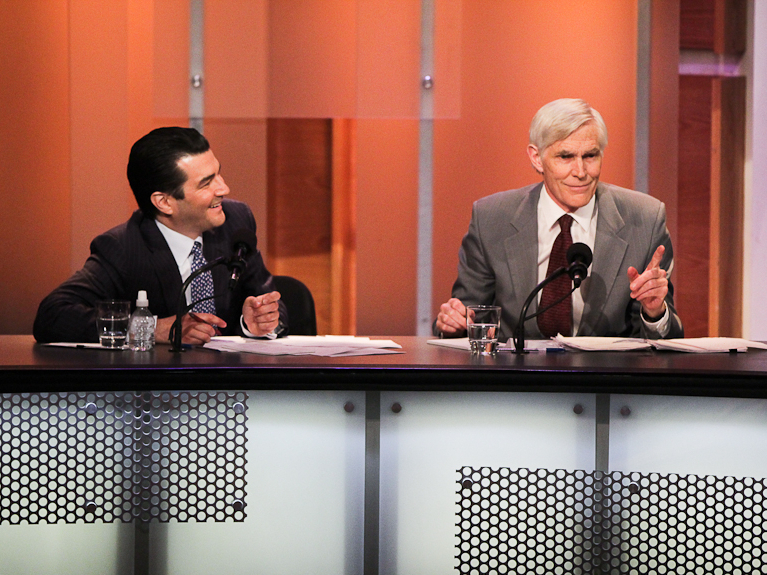 Scott Gottlieb and Peter Huber argue in favor of the motion "The FDA's Caution Is Hazardous to Our Health."

Scott Gottlieb, M.D., is a practicing physician and a resident fellow at the American Enterprise Institute. From 2005-2007, Gottlieb served as deputy commissioner at the Food and Drug Administration and, before that, from 2003-2004, as a senior adviser to FDA Commissioner Mark McClellan and as the FDA's director of medical policy development. He left the FDA in the spring of 2004 to work on implementation of the new Medicare drug benefit as a senior adviser to the administrator of Medicare and Medicaid Services, where he supported the agency's policy work on quality improvement and coverage and payment decision-making, particularly as it related to new medical technologies. Gottlieb has held editorial positions on the British Medical Journal and the Journal of the American Medical Association and appears regularly as a guest commentator on the cable financial news channel CNBC.

Peter Huber is a senior fellow at the Manhattan Institute writing on the issues of drug development, energy, technology and the law. Before joining the Manhattan Institute, Huber served as an assistant and later associate professor at the Massachusetts Institute of Technology for six years. He clerked on the D.C. Circuit Court of Appeals for Ruth Bader Ginsburg, and then on the U.S. Supreme Court for Sandra Day O'Connor. Huber also is a partner at the Washington, D.C., law firm of Kellogg, Huber, Hansen and Todd. He is the author of The Bottomless Well (2005), which he co-wrote with Mark P. Mills. He is also author of the forthcoming book The Cure in the Code: How 20th Century Law Is Undermining 21st Century Medicine.

Jerry Avorn, M.D., is a professor of medicine at Harvard Medical School and chief of the Division of Pharmacoepidemiology and Pharmacoeconomics in the Department of Medicine at Brigham and Women's Hospital. An internist, geriatrician and drug epidemiologist, he studies the intended and adverse effects of prescription drugs, physician prescribing practices and medication policy. Avorn pioneered the "academic detailing" approach to continuing medical education, in which noncommercial, evidence-based information about drugs is provided to doctors through educational outreach programs run by public-sector sponsors. Such programs are now in use in the U.S., Canada, Australia and Europe. He has served as a member of the Institute of Medicine Committee on Standards for Developing Trustworthy Clinical Practice Guidelines and is the author or co-author of more than 400 papers in the medical literature on medication use and its outcomes. He is the author of the book Powerful Medicines: The Benefits, Risks, and Costs of Prescription Drugs (2004).

David R. Challoner, M.D., is vice president emeritus for health affairs of the University of Florida. Challoner has held leadership and health policy positions in many national organizations, including the Association of American Medical Colleges, where he holds distinguished service membership; the American Medical Association, where he served as chairman of the Section on Medical Schools; and the American Federation for Clinical Research, where he served as president. From 1988-1990, he was appointed by President Reagan to chair the President's Committee on the National Medal of Science. He also served as a member of the governing council of the Institute of Medicine and was a member of the governing board of the National Research Council. He received the 2010 Walsh McDermott Medal of the IOM for distinguished service. He chaired the IOM's Committee on the Public Health Effectiveness of the FDA 510K Clearance Process (2011).